We often wind up with residual cooking oil that has accumulated from different cooking processes. Now, it may cross your mind to pour this oil down your kitchen sink, but this is bad if you care about your plumbing. Also, if thrown outside on the ground, it could harm wildlife.

You could opt to store your cooking oil to reuse, but if it has gone bad or you no longer want it, there are a few simple and safe ways to dispose of it. This article will teach you that and some tips you’ll find really helpful. 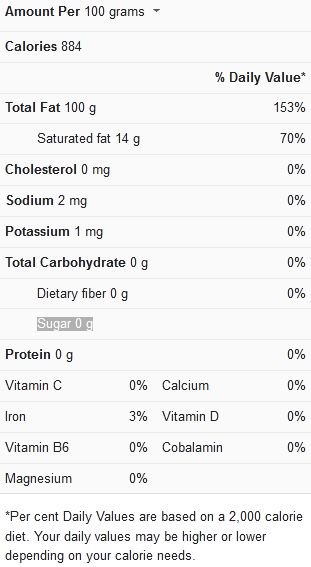 These tips we’ve outlined below will help you make the right decisions when attempting to dispose of used cooking oil:

The DON’Ts to look out for – When it comes to getting rid of leftover cooking oil, there are a few no-nos to take note of:

Freeze and solidify your used cooking oil – If you have decided to toss it away, you may need to solidify it first by freezing or refrigerating it beforehand. Fill an old can with the oil and store it in the freezer or refrigerator. The oil is ready to be thrown away once it has solidified enough to come out of the can in one piece.

Pour the oil or grease into a coffee mug and place it in the fridge if you have less than a cup’s worth. When it has solidified, scoop it out with a spoon and toss it in the trash. Then, before cleaning the mug, wipe it clean with a paper towel or used napkin.

Reuse your cooking oil, if you can – You can keep the cooking oil to use again if you plan to deep-fried shortly or fry meals frequently. To remove any particles or crumbs, strain the oil over a coffee filter or several layers of cheesecloth. Then pour it into an airtight container and keep it somewhere dark until you’re ready to use it.

It’s vital to keep in mind that you should only use the same cooking oil once or twice. Before using it, give it a sniff; if it smells bad, throw it out. Also, note that every time you reuse an oil, the quality of the oil deteriorates, and the smoke point (the temperature at which the oil will typically burn) drops.

Invest in a grease disposal system –  If you tend to cook a lot of fried food, it might be a good idea to buy a grease disposal system kit. This kit comes with a plastic receptacle and foil-lined bags that can hold up to 32 ounces of oil and might be a good idea for disposing of your used cooking oil. Fill a bag with the cooled oil and place it in the container, seal it and toss it in the trash when the bag is filled.

Dispose of the used oil in little amounts – You can properly dispose of a tiny amount of oil in a half-full plastic garbage bag. Make sure that the cooking oil is completely cool before closing the bag. Paper towels, food scraps, and other absorbent materials can be used to help keep the oil contained so that it doesn’t pool at the bottom of the bag and leak into the surroundings.

Mix the oil with an absorbent material– Before disposing of the oil, mix it with a material with highly absorbent capacity, such as cat litter, sand, or sawdust, to absorb the liquid. Save the old oil in a used container until it comes to clean out the litter box; drop the oil into the litter before discarding it.

Avoid using plastic bags – When attempting to merge spent cooking oil with other household waste, do not use plastic bags for their storage. Used oil may seep out of plastic bags since they aren’t strong enough to hold them properly.

Make some soap – Most people would probably never consider using leftover cooking oil for soap-making purposes. Soap is usually made from fat, and as a result, using cooking oil to produce soap is practical because it is still another way to reuse the oil and cook with it.

Choosing this alternative is also far superior to throwing the oil in the trash can, far less environmentally friendly.

Use a strainer – One typical kitchen technique is to place a little strainer or piece of coarse cloth on the mouth of the glass jar as you pour your used cooking oil in to get the most out of your leftover cooking oil and keep it free of “impurities.” This allows you to strain any leftover batter or other foodstuff effectively.

If you’re using a strainer, make sure to wipe away any excess oil before washing it in the sink, and this will prevent even little amounts of grease from flowing down and damaging the drain.

Keep in mind that even the tiniest quantity of grease poured down the drain regularly can add up to have a cumulative and potentially detrimental effect on your property and the environment.

So, to assist you with proper disposal techniques, we’ve described the measures you can adopt at home to safely and effectively dispose of spent cooking oil. Also, take a cue from the inventive methods for turning used cooking oil into compost and creating other useful goods such as soap.