Have you ever realized you’re out of sweetened condensed milk in the middle of a baking project? All you need to know about replacements, including homemade condensed milk.

But what if you don’t have any sweetened condensed milk or need a dairy-free substitute? Fortunately, a few condensed milk replacements are available to get you back to your recipe in no time.

What is Sweetened Condensed Milk, and How does it Differ from Regular Milk?

First and foremost, exactly what is sweetened condensed milk? It’s exactly what the name implies. Sweetened condensed milk is canned milk that has been boiled down, removing part of the water content along the route, similar to evaporated milk. Simultaneously, a large amount of sugar is added to the mixture, yielding a thick, sweet liquid. It gives luscious smoothness and wonderful flavor to a wide range of recipes.

What is Evaporated Milk, and How does it Work?

Evaporated milk is highly concentrated (usually 2%), canned, shelf-stable milk. It’s commonly used in pumpkin pie and tres leches cake recipes. To create the product, approximately 60% of the water in cow’s milk is evaporated, then the liquid is canned and heat-sterilized. This technique preserves the milk for months, if not years, on the shelf. One part of evaporated milk can be reconstituted into the proportionate equivalent of ordinary milk when mixed with 12 parts water.

How to Make Condensed Milk with Sugar?

There may be no need to go to the shop if you’ve run out of sweetened condensed milk but have everything else your recipe requires. In a pinch, you can make a decent alternative.

Substitute for Sweetened Condensed Milk in the Microwave

To create condensed milk in the microwave, whisk together 12 cups milk and 1/3 cup sugar in a microwave-safe bowl, then heat for 1-2 minutes at a time in the microwave. Allow the mixture to chill in the fridge after heating it in intervals until it turns bubbly and frothy. It will thicken to a consistency comparable to the canned version after cooling. This hack won’t give you the same caramelized flavor or richness, but it’ll suffice if you’re in a pinch and need a quick fix.

Substitute for Sweetened Condensed Milk on the Stovetop

You can also make a sweetened condensed milk alternative on the stovetop. 2 cups milk and 1 cup sugar, whisked together in a saucepan. Allow the sugar to dissolve by heating the mixture on medium. Reduce the heat just before the milk boils, and then keep it on low heat to keep it warm. Simmer the mixture for about 35 minutes or until the milk has reduced. Allow the mixture to cool before placing it in the refrigerator to thicken. 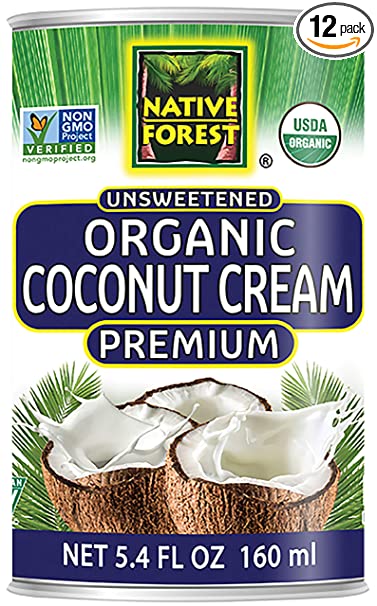 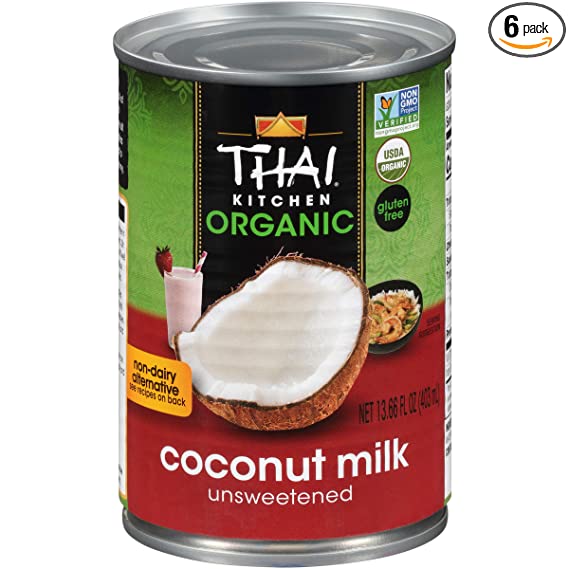 Another fantastic dairy-free option for sweetened condensed milk is to simmer a can of full-fat coconut milk with 14 cups of sugar. Whisk together the coconut milk and sugar in a saucepan, then heat to just below boiling before simmering for 30 minutes. Allow cooling after stirring the mixture often until it thickens. This will yield a smooth, creamy texture with only a trace of coconut flavor. 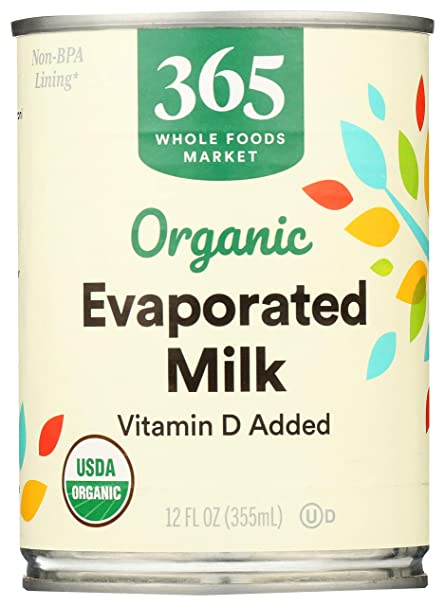 Because evaporated milk and sweetened condensed milk are similar, evaporated milk can be used as a substitute. When using a cup-for-cup alternative, you won’t get the same sweet, caramelized flavor, but the consistency will be identical. To compensate for the absence of sweetness, simply add a little more sugar to your dish.

What is the Purpose of Sweetened Condensed Milk?

While the initial purpose of sweetened condensed milk was to create a non-perishable milk product, this delectable dairy product is utilized in various exquisite meals worldwide.

In Thailand, sweetened condensed milk is mixed with brewed coffee or tea to form a creamy sweet drink. It’s used to make thick rice pudding in Mexico, and it’s a favorite filling for pies, cakes, and other sweet foods in the United States.

Making thick, creamy caramel is one of the most common uses for sweetened condensed milk (s)

What’s the Point of Using a Sweetened Condensed Milk Substitute?

There are several reasons why you might require a sweetened condensed milk alternative. Some people, for example, have dairy allergies and must find a substitute. One of the most common food allergies in newborns and children is cow’s milk. According to the Journal of Food Science and Technology, cow’s milk allergies affect 2.2 percent to 3.5 percent of infantry.

Similarly, anyone with a lactose allergy may have stomach problems after ingesting sweetened condensed milk. Lactose is the main carbohydrate found in cow’s milk, and lactose intolerance affects 15% to 75% of individuals.

Lactose intolerance can be caused by a primary lactase deficiency or a secondary inadequacy caused by a disorder such as celiac disease or irritable bowel illness (IBD).

Vegans forgo all animal products in their diet. Those who adopt a vegetarian diet, on the other hand, may consume certain dairy products or refrain from doing so. If you don’t want to consume animal products, you should avoid condensed milk.

Finally, you’ll need a substitute if you don’t have access to grocery stores that offer pre-made sweetened condensed milk and can’t manufacture your own due to a scarcity of cow’s milk.

What to Think About When Selecting a Substitute for Sweetened Condensed Milk?

While all of these options are good substitutes for evaporated milk, there are a few things to keep in mind when making your decision:

Calorie content: The calorie content of the two options is vastly different. Coconut milk and cream are not good choices if you’re trying to lose weight.

Evaporated milk has 17 grams of protein per cup (240 ml), but most plant-based alternatives have significantly fewer. A dairy or soy replacement is recommended if you seek to improve your protein consumption. If you have allergies, cow, soy, and nut kinds of milk are all allergic, so keep that in mind. If you have intolerances or sensitivities, pay attention to the additives in commercial milk variants.

Sugar: Many dairy substitutes are flavored or have sugar added to them. Choose unsweetened varieties of evaporated milk as a substitute. Later in the procedure, you can add a sweetener if the recipe needs to be sweetened.

Taste: Some alternatives, such as coconut milk, may impact the dish’s flavor.

Cooking techniques: Substitutes may not always perform as expected in a recipe. Finding the best substitute often necessitates some trial and error.

Commercial plant milk manufacturers supplement their products with calcium, vitamin D, and another mineral, and these nutrients will not be present in the same amounts in homemade versions (37Trusted Source).

New goods include: New products are constantly being created, and the market for plant-based milk alternatives is expanding. Lupine and tiger nut milk may be among the following kinds.

What is the Difference Between Condensed Milk vs. Evaporated Milk?

These two shelf-stable canned milk products may appear the same, but they are not. Condensed and evaporated milk are both concentrated forms of kinds of milk, but the similarities end there. The fundamental difference between evaporated and condensed milk is that condensed milk has a lot of added sugar, making it a naturally (or unnaturally, depending on your perspective) sweet product.

A can of condensed milk may quickly be drizzled over magic layer bars or used to make quick-cooking chocolate fudge. When cooking or baking using condensed milk, you don’t have to put in much effort. On the other hand, Evaporated milk is unsweetened, so substituting one for the other can significantly alter the sweetness of your dish.

Is it Possible to Substitute Condensed Milk for Evaporated Milk?

No such thing as unsweetened condensed milk exists.

How to Use Condensed Milk in Kitchen?

Because condensed milk contains sugar, it’s crucial to check your recipe to see if you need to be evaporated or condensed milk. Condensed milk adds tenderness, moisture, and flavor to baked items while adding color to the crust. Condensed milk is a common ingredient in pastries and sweets, and it’s a fundamental component in an old-fashioned key lime pie.

Caramelized condensed milk is a popular dessert topping and an heirloom favorite. Boiling a sealed can of condensed milk for two to three hours is the conventional method. To reduce the risk of an explosion and/or burn damage, the can must be allowed to cool completely before being opened. Although this topping is delicious, it is not recommended in a home kitchen. Fortunately, you can make caramelized condensed milk using a safer method: carefully heating sweetened condensed milk (poured from the can) in a double boiler.

What is the Usage of Evaporated Milk in Cooking?

Evaporated milk is fantastic for adding smoothness to thick sauces, puddings, and crockpot recipes since it can withstand high temperatures without curdling. It can also be used as a breading liquid for meats, fish, and poultry. Cold full evaporated milk can be whipped if necessary, but it will quickly collapse; whip just before serving, and don’t expect to preserve any leftovers.

Because evaporated milk’s inherent lactose sugar is concentrated, you may need to reduce the sugar when using it as a fresh milk alternative in recipes. One cup of whole milk equals 1/2 cup evaporated milk plus 1/2 cup water when substituting evaporated milk for fresh milk. You should, however, only use it for cooking and not for drinking. The rigorous, high-heat procedure required to manufacture evaporated milk and process it into the tin does not provide for a drinkable substitute for fresh milk on its own. It can, however, be diluted and used on cereal in a pinch. Evaporated or condensed milk was commonly used as a creamer in coffee and tea by previous generations.

Except in yeast bread, where the product will be slightly sweeter, there should be no flavor change when using reconstituted evaporated milk in recipes. In most recipes, evaporated milk can be used in place of cream or half-and-half in equal proportions.