When you’re vegan, a lot of restrictions come with your diet. All animal-sourced foods are taken off the menu, and for certain recipes, this can pose a challenge. Take condensed milk, for instance, which is a dairy product and prohibited for vegans. You’ll then notice how difficult it may seem to prepare recipes where it plays a key role, like creamy sauces, soups, and desserts.

But you can always outsource for new and suitable substitutes for condensed milk, and here, we’ll offer you some helpful vegan alternatives. But first, let’s discuss what condensed milk is all about. 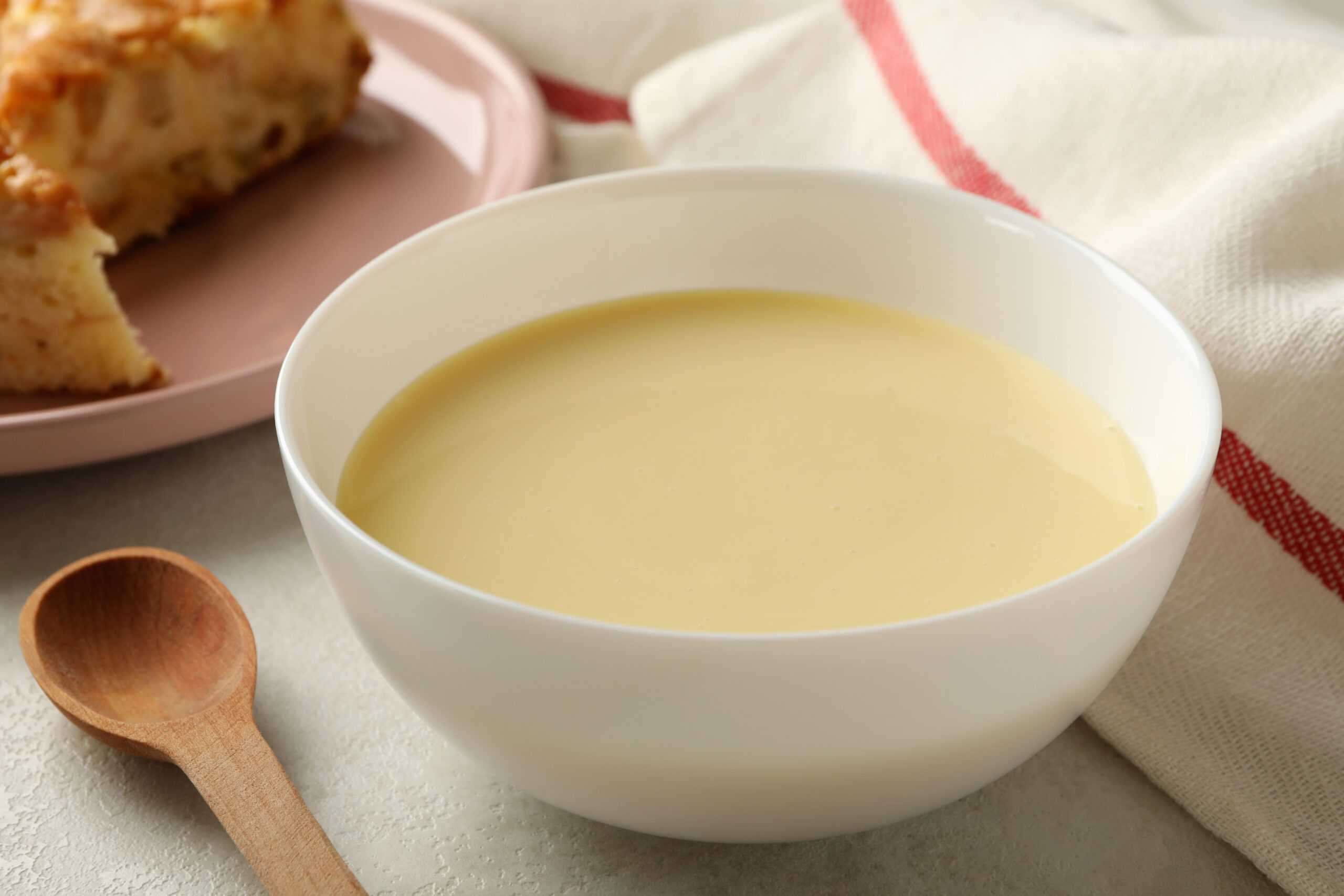 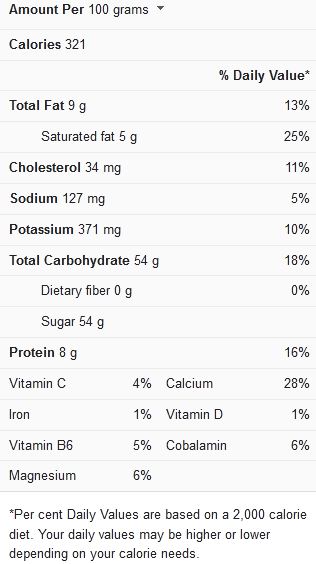 What is Condensed Milk?

According to the writings of Marco Polo and some other historical references, in the thirteenth century, the Tatars were able to condense milk. He reported that ten pounds of milk paste were carried by each man, who would then mix the content with water. This is probably referring to the soft Tatar curd (kayak), which can be processed into a drink (ayran) by diluting it. It’s therefore decided that this refers to fermented, not fresh, milk concentrate.

Condensed milk plays a significant role in food and baked products. It’s used as a sweetener to bolster the lip-smacking effect of your dish. It’s also used to add moisture to dishes, especially baked goods. The viscous milk helps in thick sauces and sticky pastries and prevents curdling when cooking puddings, sauces, and other dishes. Condensed milk is also used to extend the shelf life of baked goods and other food items.

Sweetened condensed milk is a major player in rolled ice cream. Drizzling condensed milk on top of a bowl of fresh fruit is the easiest way to turn it into a dessert. The uses of this dairy ingredient are so extensive; you’ll find it in thousands of recipes, some of which are;

Being vegan doesn’t mean you shouldn’t enjoy a recipe because it calls for condensed milk. You can pick any of these substitutes below and enjoy a similar tastiness and creaminess. Of course, some distinctions will be noted, but the final results are almost the same. 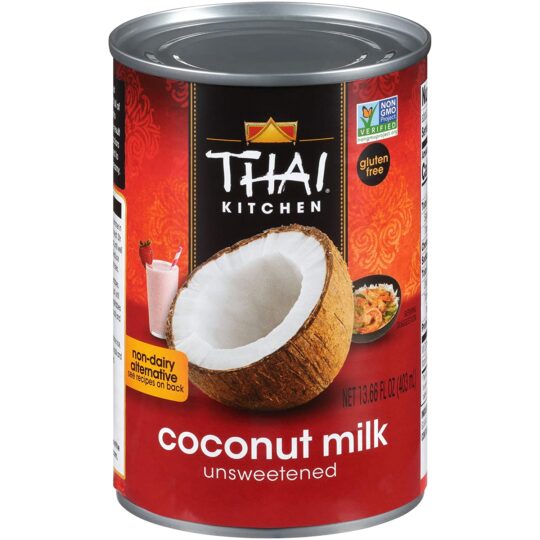 If you’re wondering the best substitute for sweetened condensed milk, the answer is full-fat coconut milk with a sweetener. This is one of the simplest recipes to try, and it makes a really convincing condensed milk alternative with only two ingredients. This recipe has a bit of coconut flavor, but it’s not obvious when used in most baked good recipes. Full-fat coconut milk in more straightforward applications, such as for frostings or as a coffee additive, the taste becomes more apparent, but not in a manner that puts you off.

Pour one can of coconut milk (full-fat) in a small pot, and add 1/3 cup maple syrup or sugar. Let the mixture boil, reduce heat between medium and low, and then let simmer for about 45 minutes; make sure to whisk every five minutes. At this point, the liquid should be lesser in quantity by about half and turn from white to beige. Also, note that it’ll be darker if you use coconut sugar or maple syrup. Whisk the liquid frequently, at five-minute intervals, so it doesn’t bubble or spill. Then, set it down, allow it to cool, and use 3/4 cup as a condensed milk substitute. This mixture will keep for about ten days in the fridge. 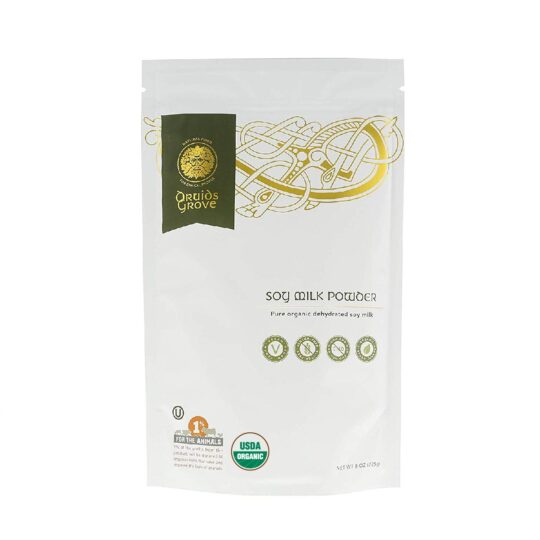 This is another great vegan substitute for condensed milk. This version requires a few more ingredients but takes little time to prepare, but it possesses more of your regular condensed milk taste. As the substitute states, it does require soy milk powder, which can be scarce and uneasy to find. Also, it’s not suitable for those with soy allergies, but you can substitute the soy powder with rice milk powder and achieve similar results.

To make this substitute, mix ¼ cup soy powder and ¾ cup white sugar in a blender. Next, combine ½ cup hot water with two tablespoons of coconut oil and ¼ teaspoon salt in a bowl. Add the bowl mixture into the blender, and blend the full combo for about one minute until well combined. Pour the result into a container immediately and allow it to cool.

This mixture will thicken to the perfect consistency to use in any recipe that normally calls for dairy-based sweetened condensed milk. And you can use it in equal amounts as condensed milk in any dish. 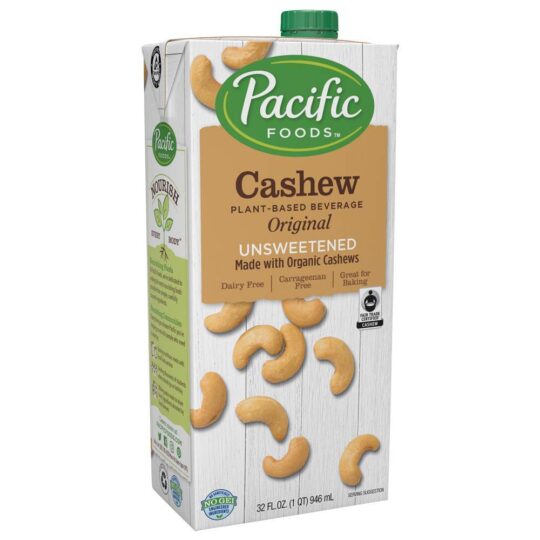 This is another option for a healthier take on sweetened condensed milk. Not only is it made using very healthy ingredients, but it utilizes natural sweeteners instead of processed sugar. The taste of this substitute recipe is similar to the real thing but with an earthier undertone. But if you’re already accustomed to naturally-sweetened baked goods, you probably won’t even realize it. This alternative mixture is also perfect for those with coconut allergies, as there isn’t any coconut milk or oil in it.

To make this substitute, Put one cup cashews with ½ cup almond nut, ½ cup maple syrup, 1/8 cup salt, and one teaspoon vanilla extract in a blender. You can also use any other variety of milk nuts you prefer. And if you’re not using a high-speed blender, then consider soaking the cashews overnight to soften them a bit.

Blend the ingredients for about two minutes until smooth, then pour it into a pot and let simmer over medium-low for about five minutes, stirring constantly. You can modify the consistency by adding more milk or syrup if you find it too thick. And once it’s ready, allow it to cool before using. This recipe yields about one and a half cups, and you can measure equal amounts of it to replace condensed milk. It can also keep in the fridge for up to a week or in the freezer for months. 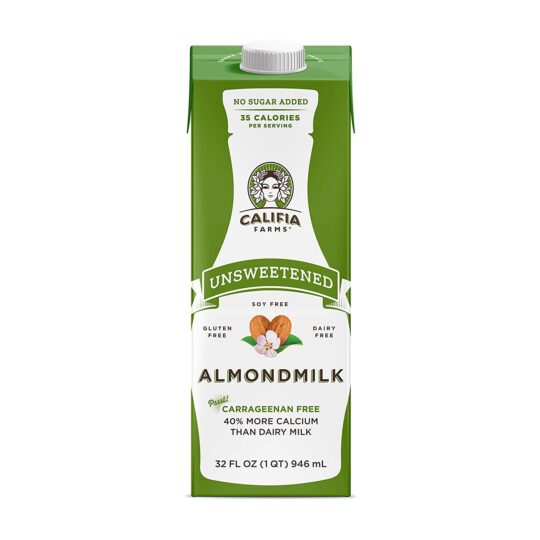 Almond milk is another great substitute for sweetened condensed milk. It adds thickness and sweetness but is low in calories and fat. All you need is to condense it down as you’d have done to any other milk.

To achieve this substitute, use two cups of almond milk and let it simmer over low-medium heat until the liquid content evaporates. The milk is reduced to around a cup. Now add 2/3 of the sugar of your choice, and mix thoroughly. 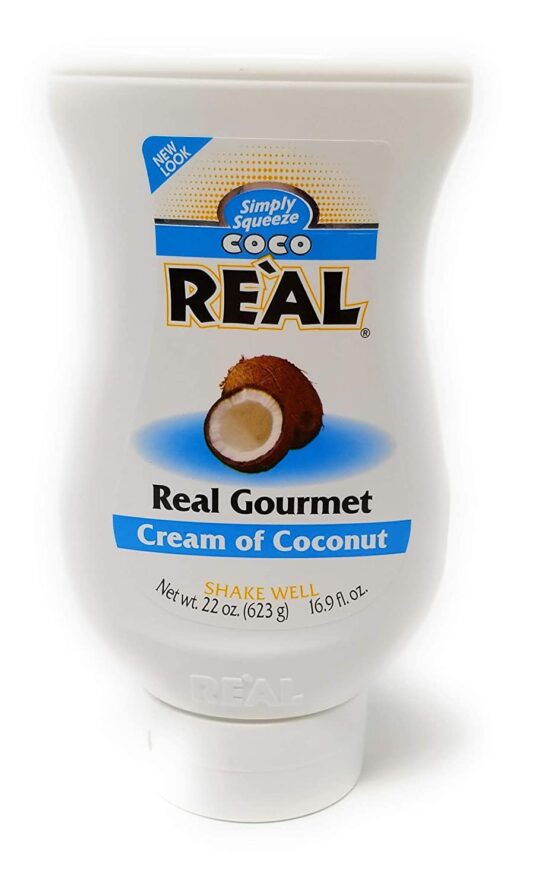 This is another great vegan option for looking for a tasty sweetened condensed milk replacement. Cream of coconut is already commonly used in sweetening drinks, like smoothies, Pina Coladas, and Vietnamese iced coffee. You can also use it to make desserts, like cheesecake, banana bread, and key lime pie. It’s readily available, and you can easily find the cream of coconut in any grocery or convenience store. But make sure to choose the right one and not coconut cream, as the latter is different from the cream of coconut.

When using the cream of coconut in place of sweetened condensed milk, you can use the same amount as the recipe states. You need to note that this choice does add a bit of coconut flavor to your final result.

Can oats milk be condensed?

Yes, it can, and tons of products are available in grocery stores around you. Condensed oats milk is also soy-free, 100%cruelty, and free of trans fat; plus, it’s sourced purely from oats milk. The latter perk makes it another vegan substitute for condensed milk.

Yes, most vegan condensed milk produced is gluten-free. These types are mostly derived from rice and oats and prepared to suit vegans and gluten-sensitive people.

Can I use yogurt instead of condensed milk?

In some cases, yes. Yogurt can be swapped for condensed milk and at equal ratios. But since you’re providing for vegans, ensure only to use vegan yogurt for this purpose.

Condensed milk is the sweetheart of many dishes, but if you’re vegan, its addition to recipes can pose a problem. It’s why we’ve helped you with the procedures and ingredients above so that you can whip up a suitable substitute for your needs. The options above are plant-sourced, tasty, and fun to explore, so we hope you enjoy trying them out.