Food writers and researchers don’t get as much accolade as they deserve, as many don’t see how much work they do to satisfy humanity. Imagine a world without all the exquisite cooking formulas and tastes we’ve come to love. A world where all we eat is one-directional and never changing in flavor, texture, style, presentation, or aroma. For instance, a world without impressive blends like the dry onion soup mix.

Because this pre-mixed food ingredient has gotten so common, we may depend on it so much that we can’t imagine doing without it. But, like everything in the kitchen, a time will come when you have to find another option for a dry onion soup mix. But before we dive into this need, let’s look at what makes this item so unique.

What is Dry Onion Soup Mix?

The mix is a blend of dry onion flakes (also called minced onions), sodium-free beef bouillon granules, onion powder, garlic powder, celery seed, paprika, parsley flakes, and ground black pepper. It’s gotten chiefly in packaged form in grocery stores and supermarkets, but you find many people making it themselves. Dry onion soup mix is a flexible ingredient and an integral part of some recipes. But it’s also easy to make since it’s a spice blend comprising some other popular components. 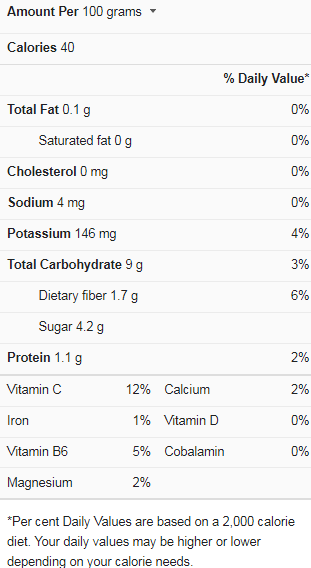 A dry onion soup mix is a great way to add a depth of flavor to everyday recipes. It’s so versatile, as it combines some other culinary goodness to bring about its final taste. This savory spice blend is used as a flavor enhancer, a base for chili, to improve pasta dishes and enhance burger patties. Its importance in soups can’t be undermined, and its versatility makes it a go-to in some other recipes. It’s why many foods include dry onion soup mix in their list- food such as

Dry onion soup mix is a fountain of flavors, which is why it’s a favorite in many kitchens. And it’s why many may panic if they ever run out of it. But don’t fret, as you can still find other exciting alternatives to it for your recipes. 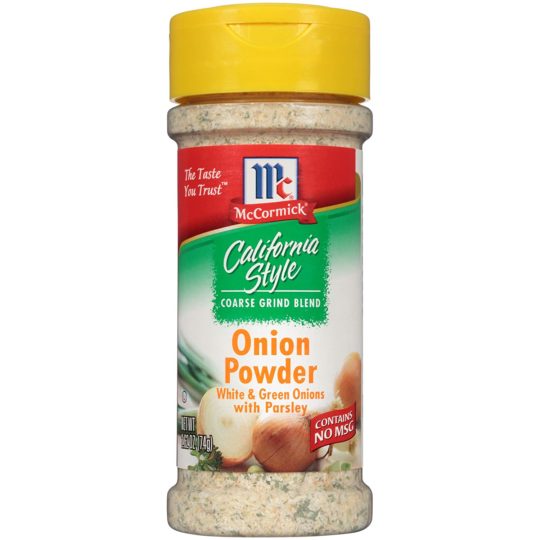 This ingredient is an excellent substitute for a dry onion soup mix, especially in chips and vegetable dishes. It’s also perfect as a flavor-enhancer for recipes with sour cream, cream cheese, or mayonnaise. And at equal amounts, you end up with a similar flavor. Furthermore, you’ll get the perfect dry onion soup mix substitute in onion powder when the recipe contains other herbs and flavors. But if such isn’t the case, consider adding a pinch each of salt, chives, and white pepper to your onion powder to form a mix, and you’re good to go.

Also, you can apply a generous pinch of chives, salt, and white pepper to your garlic powder, to replicate the effects of the dry onion soup mix. And, there’re flavored garlic mixes you can also try, but be careful when using such as it tends to be salty. 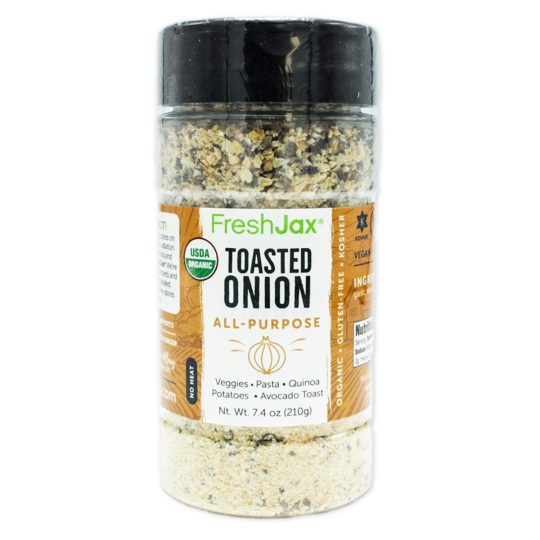 You can also substitute about a quarter cup of fresh onion and a teaspoon of salt for each cup of dry onion soup mix.  And this mixture works well in any slow-cooked, savory dish. Plus, you get more freshness from the onions while the salt drives a closer taste of dryness home.

But this substitute requires careful application, as you need to add the onion and other vegetables to give it more time to cook. The reason is that fresh ingredients need more time to soak in their flavor into the dish, compared to powdered seasonings. 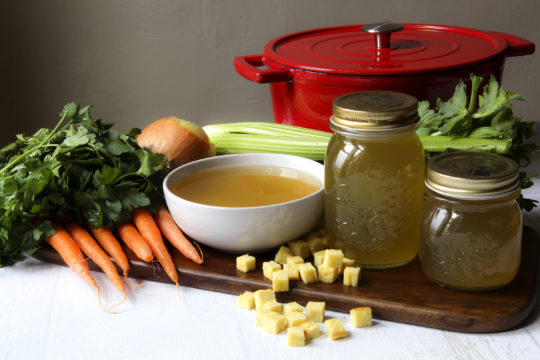 One thing that makes meat soup broth ideal for replacing dry onion soup mix is its flexibility. Each type can be used interchangeably in many dishes and give the finished recipe a new taste. And if the broth flavor is the main focus of the delicacy, you’ll still end up with something that works perfectly well as it works well in complex soups.

Chicken or pork broth works well if you want a light flavor, while beef soup broth is better if the recipe already has other onion ingredients that stand out. Plus, beef bouillon is already an integral part of the dry onion soup mix, so they go well together. 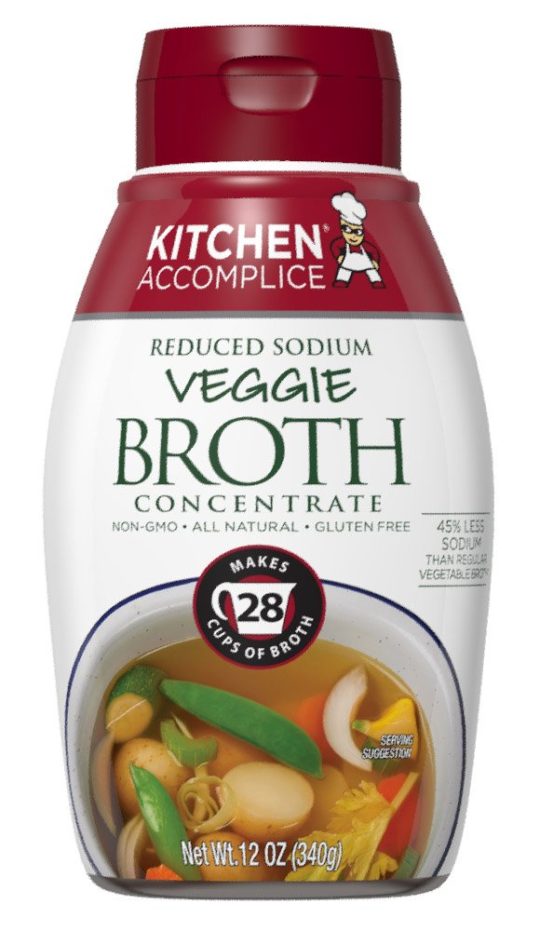 This alternative is for people who don’t want a meat-based broth but need a broth substitute. And you can go with any powdered vegetable broth. But to replicate the taste of dry onion soup mix in a recipe, you’ll need to check the ingredients for a broth that’s high in onion or garlic, leek, or shallots. These additions ensure you get a good result, as broth high in carrots or green ingredients won’t give you the desired results.

Can I make a dry onion soup mix??

Yes, you can. You’ll need ¼ cup of dried onion flakes, two tablespoons of beef bouillon granules (sodium-free), and ¼ teaspoon each of onion powder and parsley flakes. You’ll also include 1/8 each paprika, celery seeds, and black pepper. Stir the ingredients in a bowl and turn the mixture into a container. Then, seal the lid and store it for three months in a cool, dry place.

MSG (monosodium glutamate) is a flavor enhancer commonly added to canned foods, vegetables, soups, and processed meat. And though it’s classified as a safe ingredient by The Food and Drugs Administration, recurrent complaints about people with adverse reactions to foods containing it have surfaced. As such, a mandate to indicate the addition of MSG on the label of any product has been made. But you won’t have such issues if you’re making it at home.

Dry onion soup mix is a blessing to whoever knows its significance, so you might be bothered if you can’t get some. But whatever the reason for doing without it, these substitutes can help you fill its void. And with them, you can keep making great-tasting dishes without needing to rely on dry onion soup mix.