Fennel bulb emanates from the flowering plant species Foeniculum vulgar, which is part of the carrot family. The plant that births it is hardy and with feathery leaves and yellow flowers. That plant is indigenous in the Mediterranean region but is now widely available in various parts of the globe. The fennel bulb is also known as sweet anise and is growing in popularity in the United States. It has a very aromatic flavor as it has been a favorite ingredient in Italian cuisines. This is because it can enhance the taste of many dishes. It is used whether raw or cooked and added to stews, soups, salads, and appetizers.

From a distance, the fennel bulb looks like a cross between an onion and celery. But it is a very nutritious and versatile vegetable. When storing fennel bulbs, you should get those that feel heavy for their size. You should also look out for those with tightly packed layers, and it is best stored in a crisper drawer. You can also store them in the fridge as long as you put the bulbs first in a loosely wrapped plastic. However, you should be done using it within a week. The Greek name for fennel is a marathon, and the place of the famous battle of marathon means a plain full of fennel. Fennel is a perennial herb. It is erect, appears glaucous green, and grows to heights of up to 2.5meters with hollow stems. The leaves grow up to 40 centimeters and are finely dissected.

Fennel is generally cultivated in its native range and other places for its edible strongly flavored leaves and fruits. The aniseed or licorice flavor comes from anethole, an aromatic compound also found in anise and star anise. Their tastes and aroma are similar, though not as strong. For its nutritional value, a 100-gram reference quantity of fennel fruits provides 1,440 kilojoules of food energy. And it is a rich source of protein, dietary fiber, B vitamins, and several dietary minerals. Most importantly, calcium, iron, magnesium, and manganese. Fennel bulbs are 52% carbohydrates, 15% fat, 16% protein, and 9% water.

Earlier, Florence fennel was one of the three main herbs used to prepare absinthe, an alcoholic mixture. It originated as a medicinal elixir in Europe and became a popular alcoholic drink in France and many other countries. It is also used in producing akvavit. The bulb, foliage, and fruits of the fennel herb are used in several culinary traditions of the world. Dried fennel fruit is aromatic with an anise-flavored spice, brown or green, when fresh. For cooking, green fruits are best to use. The leaves are mildly flavored and similar in shape to those of dill. The bulb is a crisp vegetable that can be sauteed, stewed, braised, eaten raw, or grilled. The tender young leaves are used for garnishes. As a salad, to add flavor to them. To flavor, sauces to be served with puddings and equally in soups and fish sauces. They can both be eaten like celery.

In taste, raw fennel bulb is crunchy, just as celery. But it also has a noticeable note of licorice. Although when roasted, the fennel bulb loses its crunch. It caramelizes at its edges, giving it a subtle and sweet flavor. Fresh fennel bulbs have a celery-Esque crunchy texture when taken raw. But when it is roasted or braised, they turn silky. 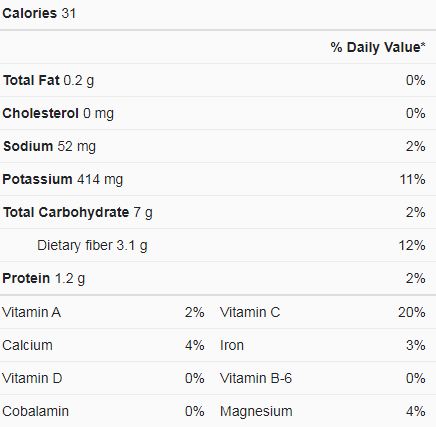 Fennel bulb is an awesome fruit to use in different recipes. The aroma distinguishes them in these meals. They include:

Fennel bulbs sure make a noticeable statement in your cuisines. But if you cannot find a fennel bulb around you or you run out, these substitutes are good enough in your dishes too. 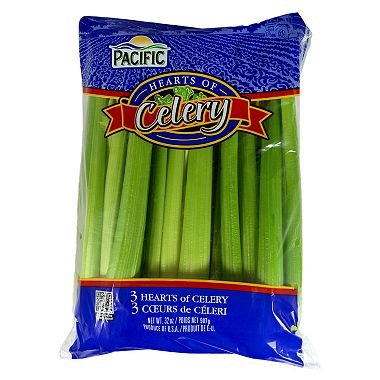 Celery not only looks like a fennel bulb. It is also considered a lot to be the best substitute for fennel bulbs because of the similarity in their texture and structure. If you don’t like the fennel bulb’s anise flavor, then celery is your go-to as a substitute. It substitutes for it in salads or stir-fried vegetables perfectly. To use, steam celery, as this will help retain its many nutrients. There is no need to blanch it. 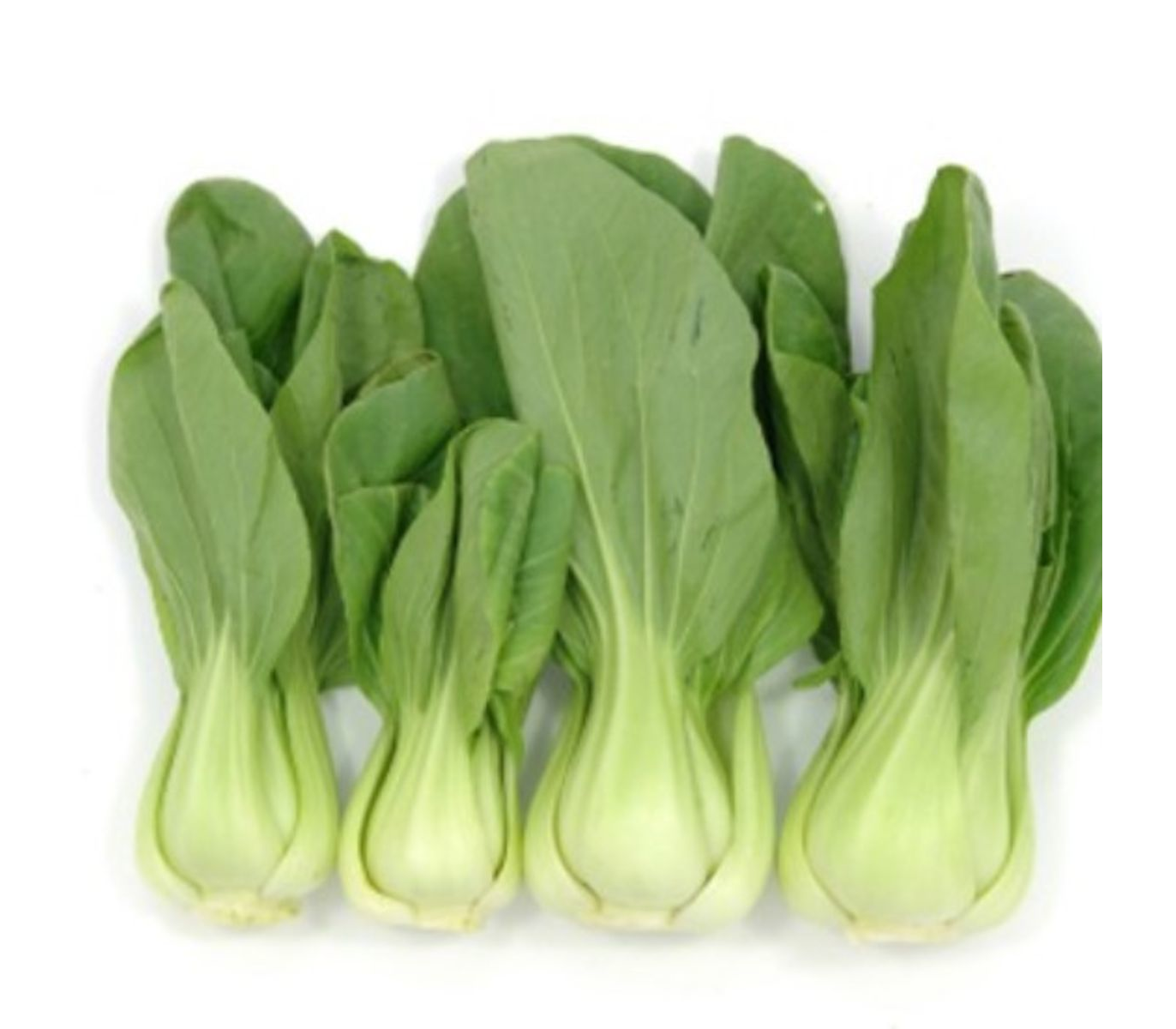 Bok choy, also called white cabbage, is a staple in Asian cuisines. It looks so much like celery as well. It is a great substitute for fennel bulb if you are making savory recipes. This is because it has the same crispy texture as fennel though it is slightly stronger in flavor. It is perfect for dishes like vegan soups and stir-fried vegetables. 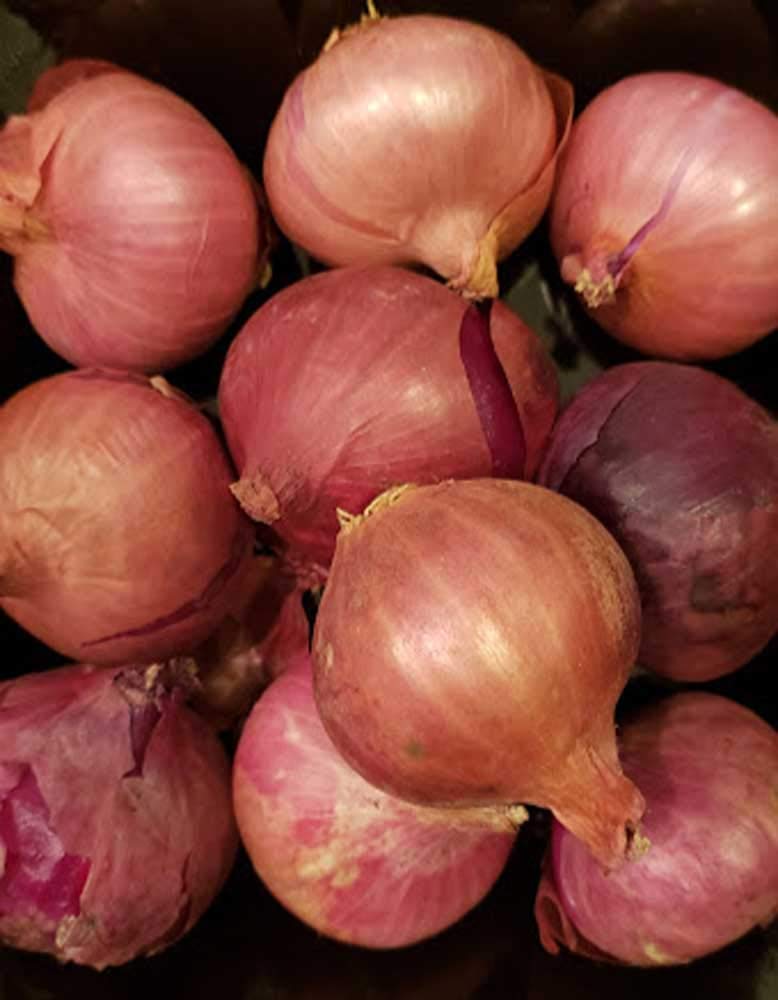 Onion is another vegetable that looks like a fennel bulb, and it offers itself to be used instead of fennel bulbs. It offers a sweet and aromatic flavor, especially when it is grilled or sauteed. Red onions are best as it has the mildest taste. It can be used in salads and sandwiches, but for cooking, you can use white onions. When sauteed, it can give your dish a sweet flavor reminiscent of the fennel bulb. 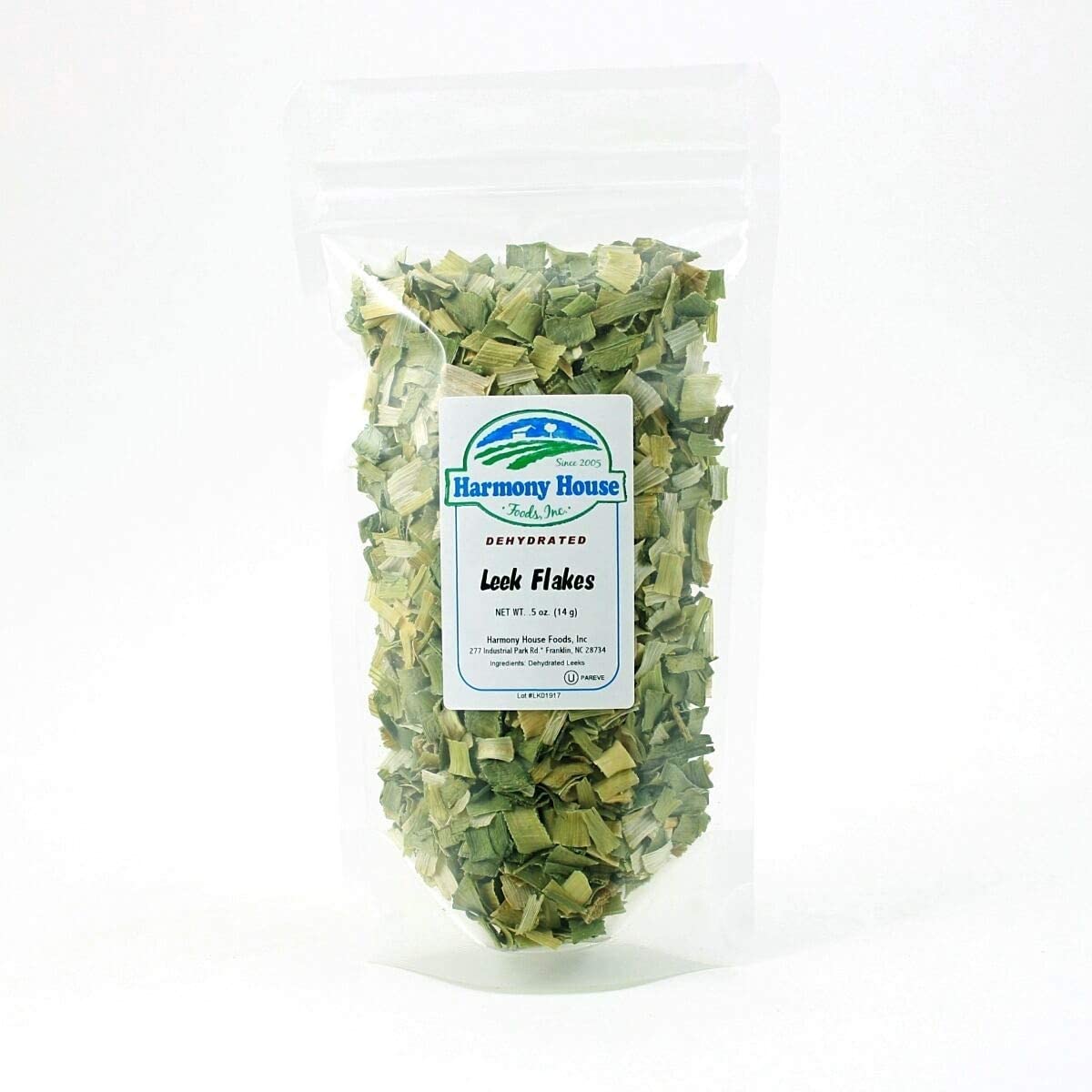 Leeks are another great substitute. They can be used for soups and casseroles. When cooked, leeks with hard and unblemished lower parts are best, as they are fresh. Also, go for leeks with bright green parts and crunchy texture. 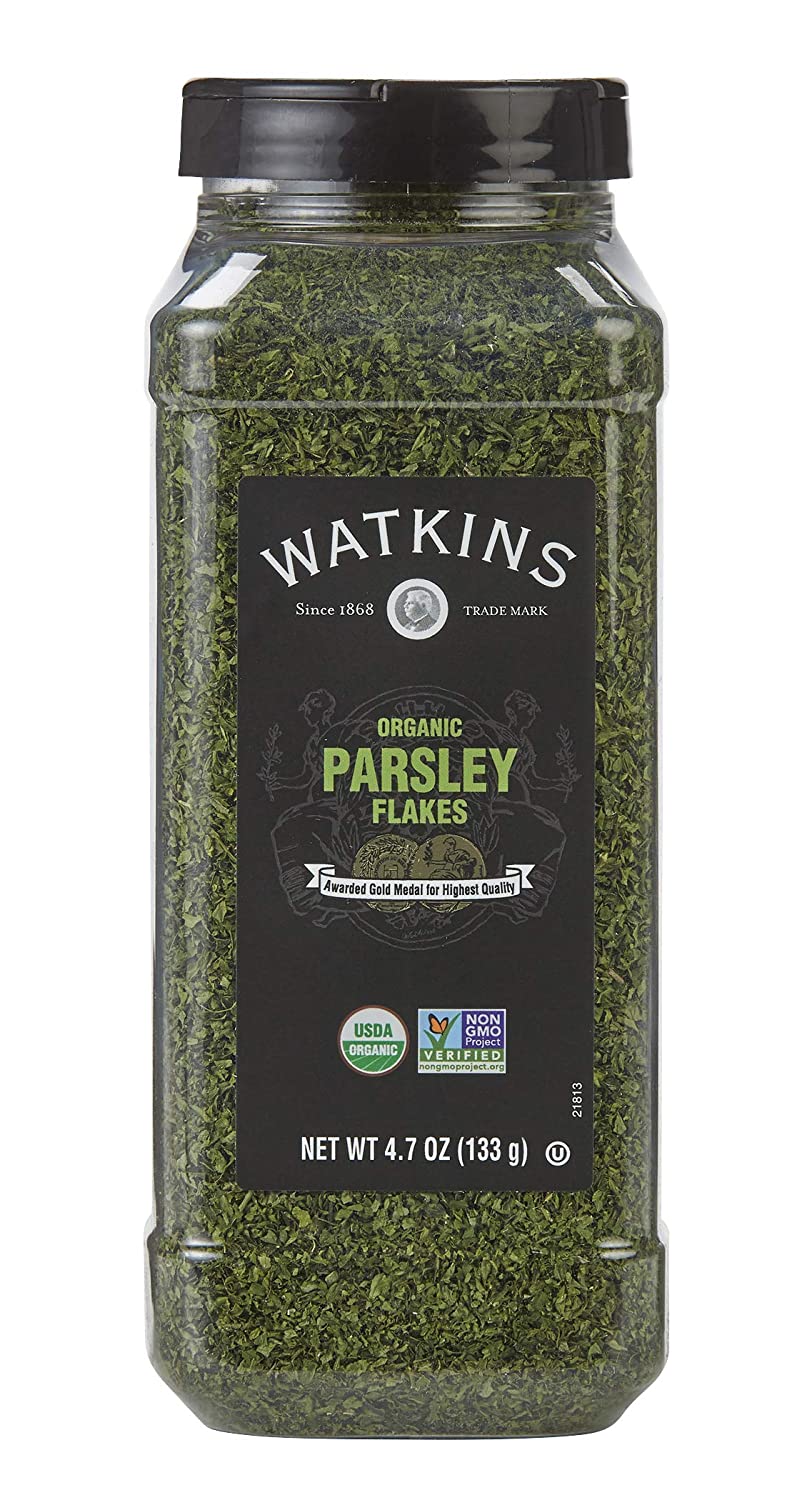 Parsley is the most available on the list of substitutes. Parsley has a cooler flavor than fennel bulb and can be added to salads and cooked dishes. To use, chop parsley into very fine pieces to enhance the taste of cooked dishes. You can also chop it coarsely to add flavor to your salads.

Substitute for Fennel Bulbs in Soup

Fennel bulbs are a great ingredient in soups. They bring out the crispy nature of the soup and adds great flavor to them. In soups, leeks and parsley are the perfect substitutes for fennel bulbs in the soup.

Substitute for Fennel Bulb in Vegetable

Stir-fried vegetables are greatly tasty food. And even tastier when fennel bulbs are added, to substitute for this, celery or bok choy can be used. They are chopped, and they come with a great flavor just as fennel bulb.

Can you substitute onion for fennel?

Absolutely. Onion is a perfect replacement for fennel, especially when it is grilled or sautéed. It gives recipes a sweet and aromatic flavor also can be used in salads and sandwiches too.

Can I use leeks instead of fennel?

Yes. You can use leeks the stead of fennel in your recipes. It gives your dishes a sweet flavor with a crunchy texture too. Best for soups and casseroles.

Fennel bulb has a crunchy taste just like celery and has a noticeable note of licorice. It has a sweet and subtle flavor in recipes.

This is a wrap on the substitute for fennel bulbs. I do hope you find this piece useful and will get substitutes for your many recipes.