Not many people have discovered the culinary importance of navy beans. This leguminous delight is common in many recipes, especially those originating from the American regions. Navy beans are also flexible, easy to get and cook fast.

Why the Name, ‘Navy Beans’?

If you’ve ever wondered why this legume was named ‘Navy Beans,’ you’re not the only one. And, if you’ve made the expected guess you thought was silly, you were right! The technical name for it is haricot beans, but because it became a regular menu for the soldiers of the US Navy, it eventually earned the name we call it now.

Navy beans are highly nutritious, which probably explains why they became a staple meal for the Armed Forces men. Besides being a great source of plant protein, this impressive legume is also packed with potassium, manganese, copper, zinc, folate, and iron. It’s also a rich source of fiber, which is key in aiding digestion and reducing constipation. Plus, it has a mild flavor and velvety texture, which combined equal levels of creaminess and starchiness with a hint of nutty allure. And the white color complements its appeal smoothly and lets it stand out on its own or in a wide variety of dishes.

Navy beans can be gotten in dried form or canned. And because navy beans are a popular staple constituent in American recipes, it’s used in many dishes and desserts, like; 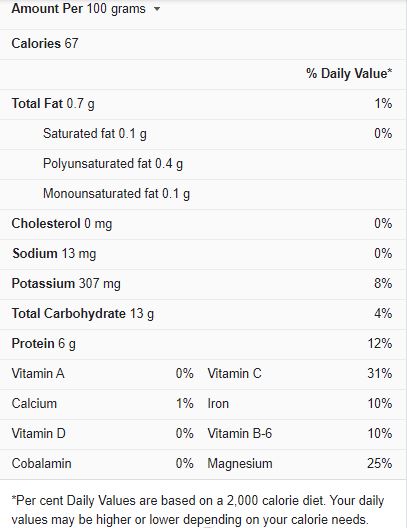 You can find ideal substitutes for Navy beans for various recipes if you ever run out of them. This is because most of them are similar in taste, texture, and color, so they blend in so well, you may barely notice the difference. Below are some of these great substitutes; 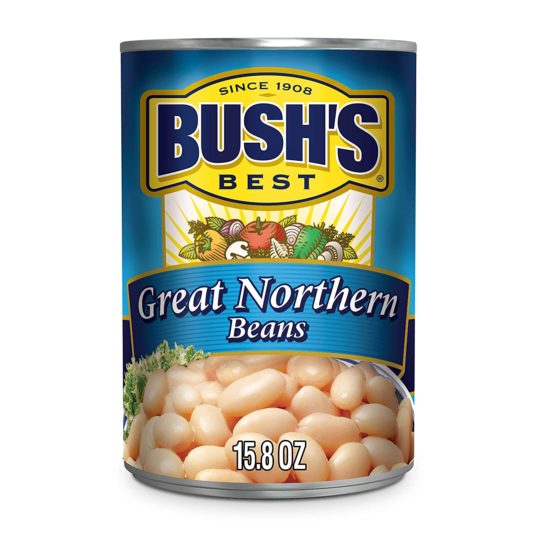 Though these are larger, they’re still the best and closest substitutes to navy beans in any recipe. Also, great northern beans are as high in protein, vitamins, and minerals as navy beans, so you’re sure to get almost the same nutritional value. The taste may differ slightly, but unless you’re cooking for the keenest of palettes, the difference is barely noticeable. And great northern beans can be substituted in equal amounts as navy beans in recipes like beans and ham and even baked beans. 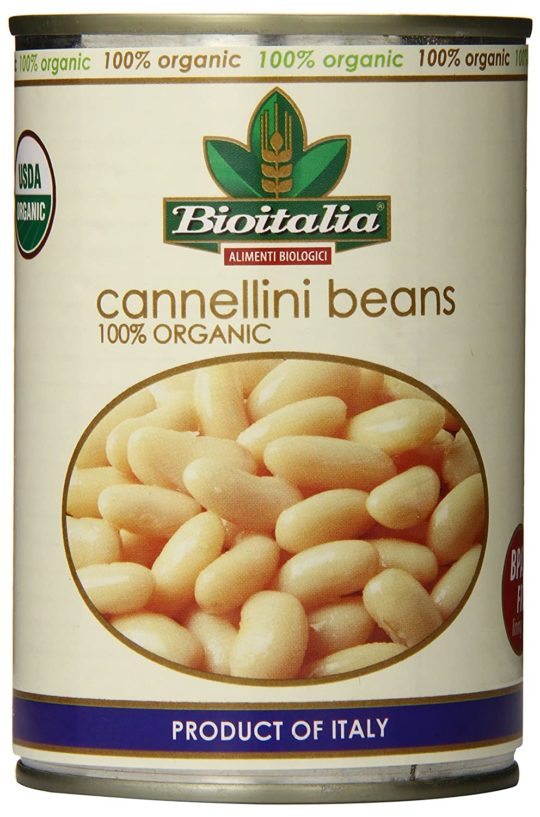 A second closest substitute in taste and color, cannellini beans are also a perfect alternative for Navy beans. Also known as White Kidney Beans, they’re renowned for their high nutritional value, rich in proteins, vitamins, and minerals like zinc and potassium. Substitute for Navy beans in salads, stews, and soups, in the same required amounts, and you’ll get almost the same results. 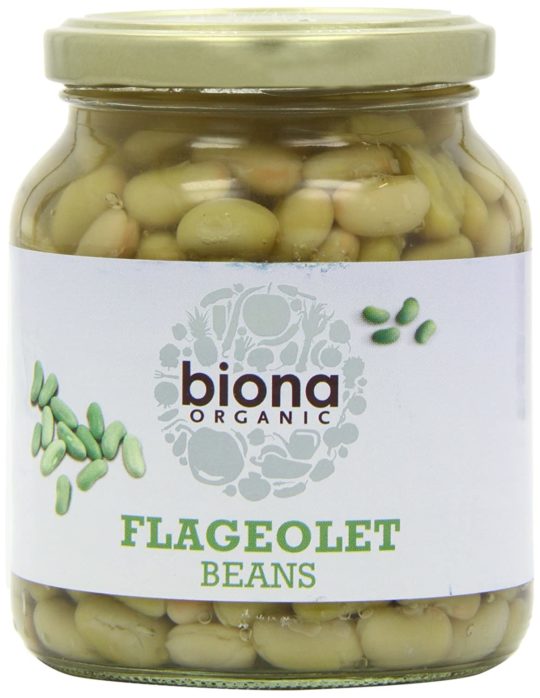 Flageolets are very similar to navy beans and are already a popular item in soups and casseroles. Also, they’re close to navy beans in taste, size, and color and require about the same cooking time. Their nutritional values are also very similar; they’re high in potassium and can be used in the same amounts in place of haricot beans. You need to bear in mind, however, that the taste may slightly differ. 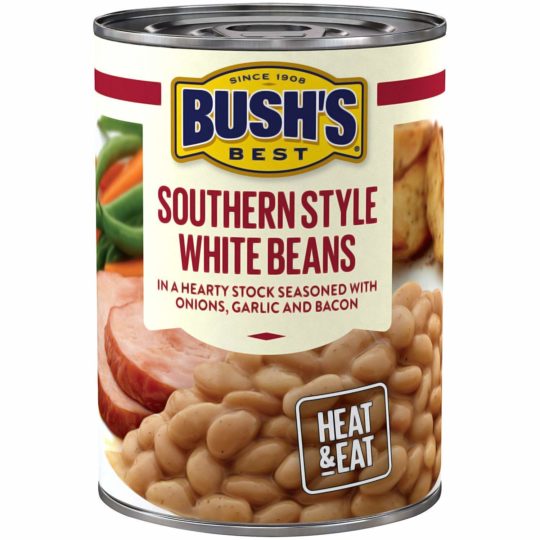 If you don’t mind the extra sweetness with a hint of nuttiness, you can always consider tepary beans an easy substitute for Navy beans. Plus, tepary beans also come in flour form- an idea that originates from the United States- so it’s a great alternative for flour-based recipes that call for Navy beans. With this option, the slight taste difference is the major issue, but the nutritional value is just as impressive as navy beans, and they’re rich in calcium, so you don’t lose out. Tepary beans are also a great inclusion in pates and purées that call for navy beans. 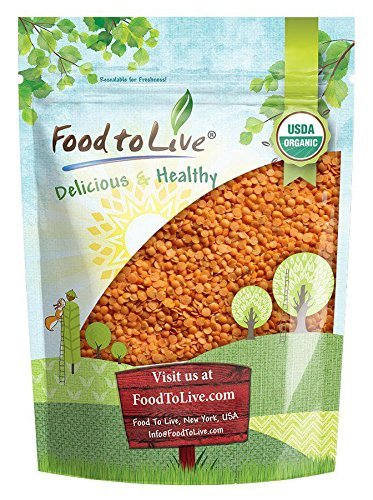 In the absence of any other white beans, lentils can substitute for Navy beans in most recipes. Not only do lentils carry whooping levels of nutrients as navy beans, but they also come in white variants, so the difference will be barely noticed. They also work great for stews and salads that use navy beans and are almost as tasty. And lentils are high in sodium and are a good source of magnesium and vitamin B6.

When selecting a substitute for navy beans, you need to consider its cooking time. Most other substitutes like Great Northern Beans, Cannellini Beans, Tepary Beans, and Flageolets cool at about the same time as navy beans. But lentils, however, cook faster, needing an average of 45 minutes to be ready. If you are using lentils, you have to consider fashioning the recipe cooking time to accommodate this. This factor also makes it great for dishes you wish to bring to boil quicker than the recipe demands.

Where do navy beans come from?

Though popularly used in American cuisine, navy beans originated from Peru. It’s a variety of the common bean, and in addition to being known as haricot bean, it is also called white pea, or alubias chica, in Spanish.

Are navy beans and pinto beans the same?

Though they’re both from the bean family and are both oval-shaped, they’re not the same. Navy beans are smaller and white, while pinto beans are medium-sized, with a beige and brown color, mottled. Also, navy beans have a milder taste compared to pinto beans.

Can I substitute red beans for navy beans?

If you can overlook the color, then yes. Like kidney beans and adzuki beans, red beans are the closest substitute to navy beans in terms of taste.

Cooking with navy beans may seem like a narrow ordeal, but the reverse is the case. With any of these ideal substitutes, you can easily replace them in a recipe, if need be. These alternatives will give you the same amount of nutritional advantage, so consider them if you ever find yourself short of navy beans.