When it comes to infusing a powerful burst of flavor and rich color, one of the most prominent spices is Sumac. This Middle Eastern ingredient bodies an explosive flavor that gives presence to numerous dishes and recipes. Sumac is renowned for being one of the most exotic spices you can ever come across, which is why when a recipe calls for it, you may feel lost if you don’t have some in your spice rack. So, it’s good to know that you can find great substitutes that can work in place of Sumac in different dishes. 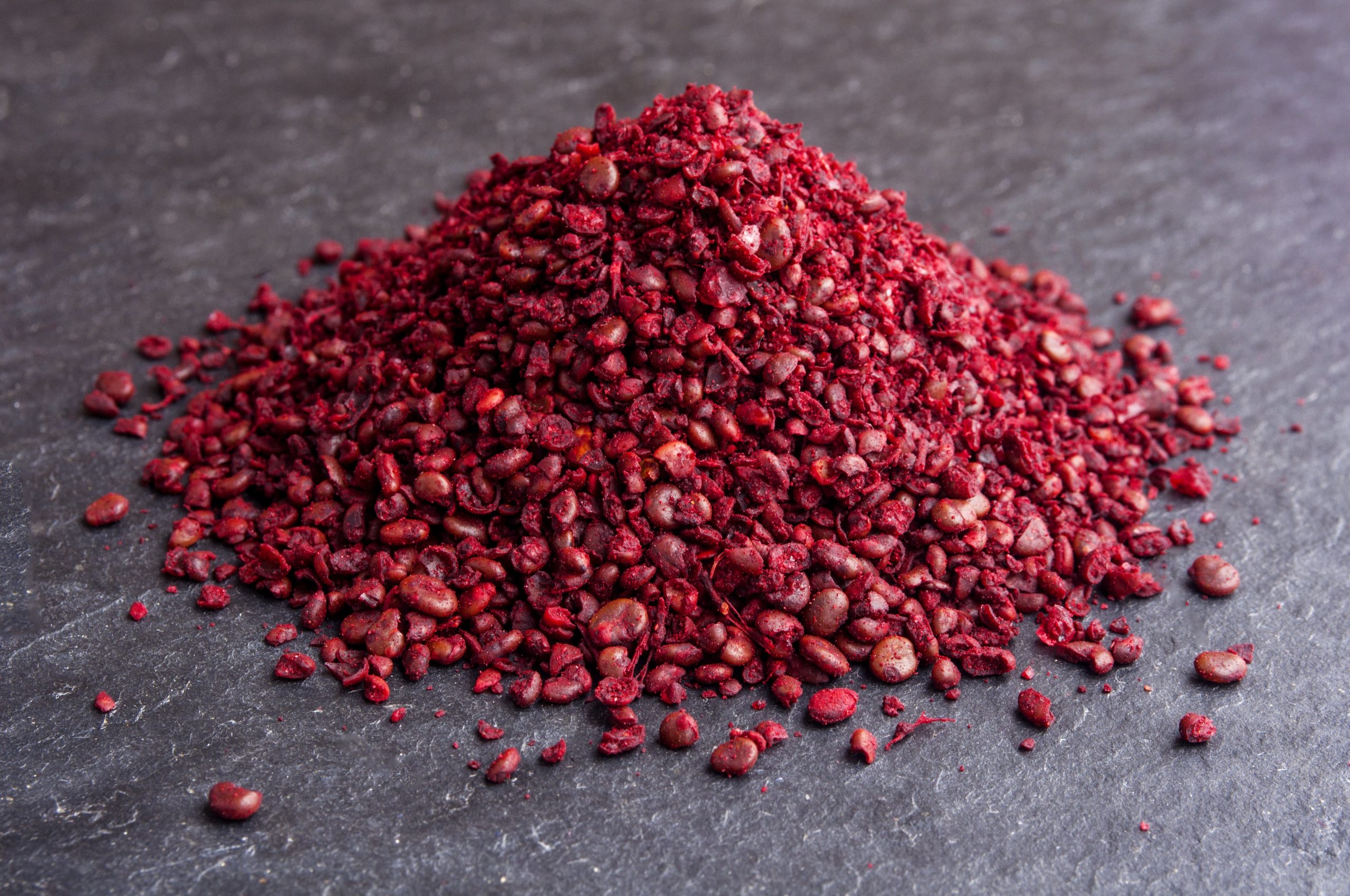 Sumac is a spice popularly featured in Middle Eastern and Mediterranean cuisine. It’s derived from the Sumac wildflower in berries, which are first dried before being ground into a coarse powder.  It has a deep, purple-red tone, with a powerful sour, acidic yet fruity taste. Its flavor profile is also similar to that of lemon, as it also exhibits a strong tangy, acidic taste. And the name sumac is a derivative of the Aramaic word summa, which translates to ‘dark red.’

Sumac comes in two types, namely fragrant sumac and smooth sumac. The fragrant sumac is the most popular, due to its lemony tang, compared to the smooth variant, which is also called the scarlet sumac. And though the sumac berry is renowned as an edible type, a poisonous variety is recognizable by its drooping leaves and white berries. This one should never be consumed.

The Sumac bush grows wildly in the Mediterranean regions and can be found from Lebanon to Greece. It’s also commonly planted for culinary and medicinal uses in Iran and most parts of the Middle East and the temperate regions of North America, and the sub-tropical parts of North Africa.

The culinary applications of Sumac date as far back as the Roman Empire. Before then, it’s also been mentioned in Greek medicinal texts, where its antiseptic properties were highly revered. Though today, the versatile spice is still used for its numerous health benefits, Sumac is also widely included in many recipes worldwide. It’s even one of the signature ingredients in Turkish, Arabic, and Levantine dishes and is also applied to foods native to Asia.

Sumac is primarily used for its acidity, making it an exotic option in cases where lemons are absent.  Its tangy taste and bright red color is also a welcome addition to recipes such as, but not limited to;

Because it’s such an exotic spice, it may seem hard to find sumac in the market and grocery stores. This can be further compounded when you’re about to jump on a recipe, only to discover that it calls for sumac and you don’t have any. Well, in such situations, you can pick up any of these convenient substitutes and continue with your cooking. All you need is to know the best ways to use each of them. 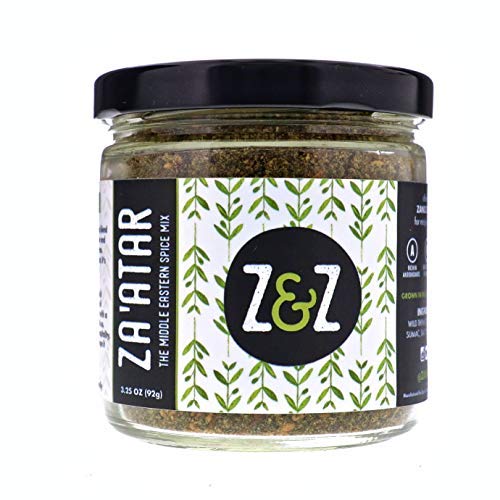 Za’atar qualifies as a great substitute for sumac in many recipes, which is due to one singular factor; it contains sumac in its mix. And though it also contains a blend of other spices, sumac is its most prominent flavor. Depending on the brand you choose, Za’atar may also include other spices like garlic, sesame seeds, and thyme, so it’s best to check this before using it. This is so you can balance the presence of these other flavors in your dish as you use them, especially if they’re included in the recipe. To use Za’atar as a substitute for sumac, start with the same amount as called for in the recipe, then work your way up to taste. 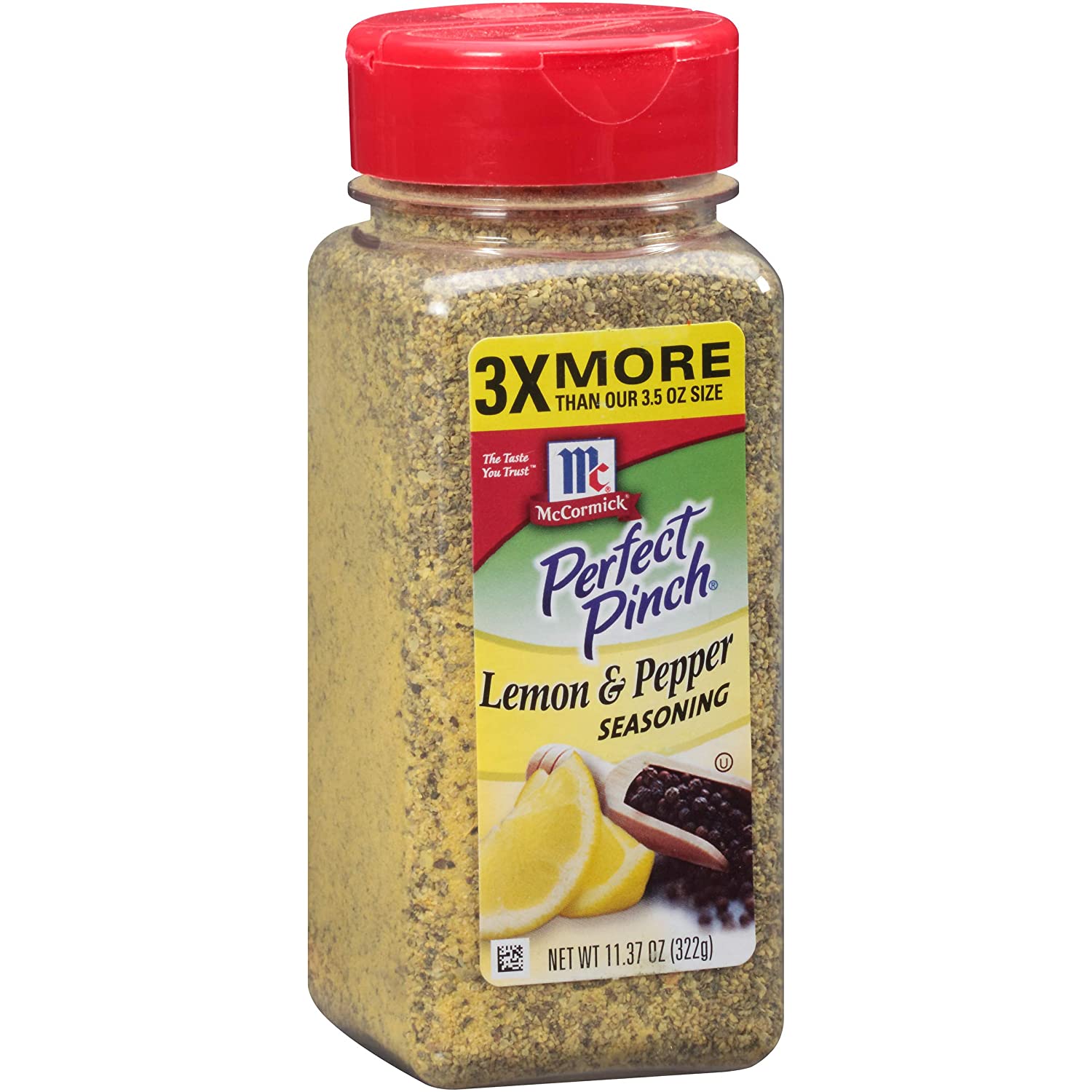 If your first aim is convenience, then lemon pepper seasoning is your best bet since it can be gotten almost anywhere around you. You can also quickly make a batch of it yourself since it’s made from lemon zest and cracked black pepper. Both ingredients complement each other perfectly, both being acidic. Plus, the lemon zest adds the right level of citrusy tang expected from sumac- a property most people looked for by using lemons before sumac was discovered. Lemon pepper seasoning works for grilled meats and seafood recipes. Some products may contain garlic, so it’s best to check the contents of the seasoning before using it. Also, you have to use more lemon pepper seasoning- up to 1½ the amount called for sumac- in the recipe. 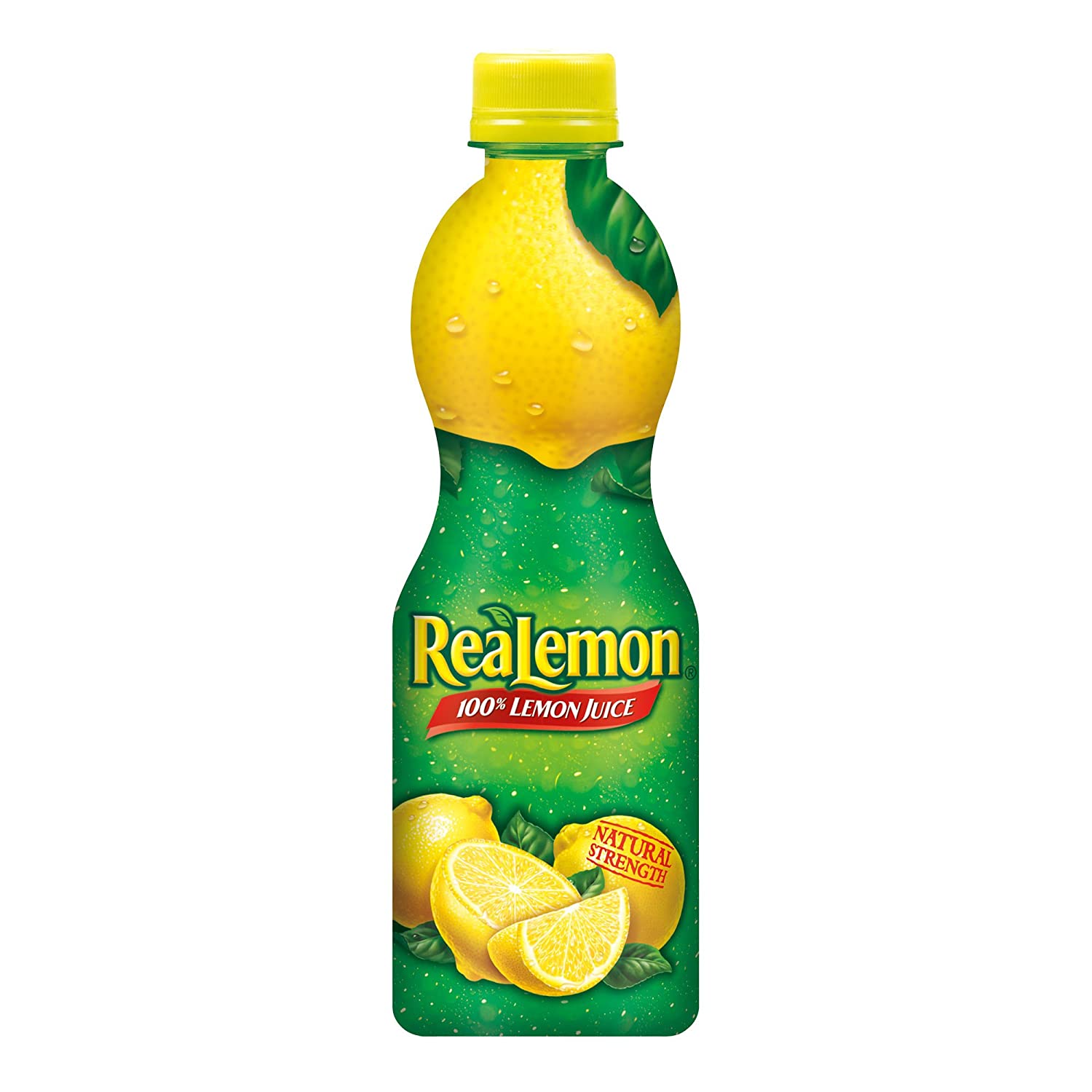 Perhaps the most convenient substitute for sumac in almost all recipes, lemon is one of the easiest options you can consider in its place. This is because you’re bound to have a few of them sitting on your countertop, and if you don’t, they’re very easy to find in grocery stores. Acidity and tang are the two main reasons for using sumac, and lemon is rich in both. The only loss would be the distinct red hue of sumac, but if this wouldn’t be a problem, you can use lemon in equal quantities to replace sumac. You could also use it till the desired taste is reached. 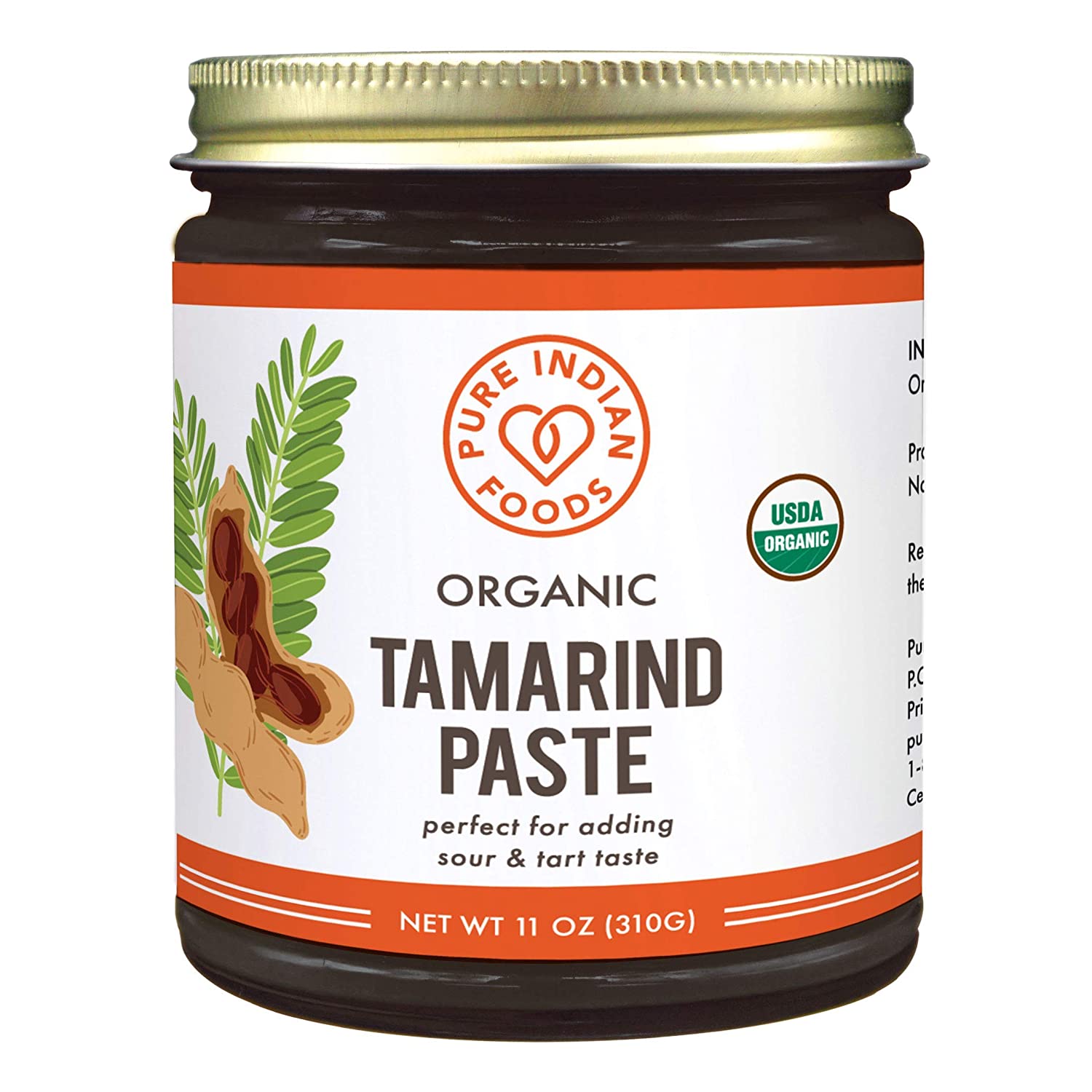 This is already commonly used in Indian and Thai cuisine and passes comfortably as an alternative to sumac. Tamarind is renowned for its blend of sour, salty, and slightly sweet tastes, and may come as a paste, dried pods, or frozen. The paste is the easiest to use and works well in lots of recipes that call for sumac. But tamarind is a potent ingredient, so discretion is advised when adding it to recipes. It’s best to start with a small amount and then work your way up until you reach the desired level of tang or sourness.

Vinegar is highly recognized for its acidic nature and sour taste, making it a great substitute for sumac in many recipes. It’s great for marinades and in recipes that call for tenderizing meat.  It also carried a bit of sweetness and a significant amount of tang in its flavor profile. Vinegar can work as an ideal substitute for sumac in soups, sauces, marinades, meat recipes, and even salad dressings. But when using, note that its tang and sourness are stronger than sumac, so add little and work your way up to the desired taste.

Sumac is rich in antioxidants, renowned for protecting the body cells from oxidative stress and damages. This makes them great for preventing inflammatory diseases such as heart disease.

Is Sumac similar to turmeric?

No, it isn’t. While turmeric has a bitter flavor that’s slightly pungent, sumac is more lemony and tangy.

How long should Sumac tea steep?

If you’re making sumac tea, it’s best to let it steep for about 5 to 10 minutes. The longer it steep, the more concentrated the sumac tea becomes. But once the allotted time is reached, strain or filter the liquid out. Leaving sumac in hot or boiling water for too long isn’t advisable due to its tannic acid content.

An exotic, great-tasting complement to numerous dishes, sumac is one spice you never want to run out of. But in case you ever do, rest assured that you can still enjoy the lemony, zesty, and tangy flavors it has to offer with any of the substitutes above.