While many recipes prefer the creaminess of regular milk, others also require its signature flavor. And in such cases, buttermilk makes a fantastic addition. It’s why the highly acidic ingredient features in a wide range of cooking methods. And because it’s pretty easy to find, buttermilk makes a convenient item to have in the kitchen.

In many cases, you’ll find the recipe demands only a cup of buttermilk. But you won’t always have some in your pantry for various reasons. And certain conditions may prompt you to remove it from the list. Still, you can find helpful substitutes to replace buttermilk in all situations. And these alternatives are easy to find, plus they share similar properties with this rich dairy product.

Buttermilk is a dairy product since it’s derived from regular milk. But its distinct properties are owed to how it’s produced. Regular low-fat or skim milk is combined with lactic acid bacteria and then heated to make it. And when left to rest, the bacteria consume the sugar in the milk, resulting in its fermentation. And the process produces a thick consistency in the milk, with a robust sour flavor synonymous with buttermilk.

Initially, buttermilk was gotten as a by-product of churning butter, where it got its name. But today, regular milk is the primary source of commercially-bought buttermilk. But its flavor and texture aren’t the only reason why the milk is special. It also possesses a longer shelf life, thanks to its bacteria content.

When buttermilk isn’t sold in cartons, you’ll find it as a powder. And to use it, the powder is dissolved in water to create it. This variety can also be used in the same ways as the liquid type and comes with specific instructions on the conversion.

What does buttermilk do in Recipes?

Buttermilk is unique in many ways for a dairy product. First, it’s highly acidic, which makes it great for baking. The acid reacts with the baking soda in dough or batter, causing bubbles to be produced. These bubbles, in turn, accumulate in the mixture and cause it to leaven, creating soft, airy, and light baked goods.

You’ll also find buttermilk in meat recipes, where it’s used to soften the tissues. As such, it’s a regular addition to marinades used in beef, pork, and chicken dishes. Only a tiny amount is used, as the ingredient can infuse its tangy flavor to the meat. But since such recipes are generally savory, the extra umami flavor is welcomed.

Buttermilk also helps reduce gluten formation in baked goods and is a fantastic way to minimize chewiness in such recipes. Plus, its moisture-rich nature makes the recipe soft and tender when cooked. And in most uses, you’ll find that its tangy flavor is also considered a plus. This flavor, combined with its thick consistency, is also utilized in liquid recipes, toppings, and creamy desserts.

Buttermilk makes an appearance in lots of dishes and recipes, some of which are listed below;

Sometimes, we find that we’ve run out of buttermilk too late or in the middle of a recipe. And other times, we may want to reduce the effect of its tanginess or acidity. It may also be that you or someone you’re cooking for is on a non-dairy diet. In these and many other situations, these substitutes will conveniently replace one cup of buttermilk in your cooking and baking.

Since buttermilk is fermented regular milk, you can create a mix that supplies the same advantages in your kitchen. So, you can combine any regular cow’s milk with an acidic ingredient. Lemon juice and vinegar are excellent components for this substitution. And the reason for this option is simple; the combo creates a semblance in sour taste and thickness similar to buttermilk.

To make this alternative, add the acidic ingredient into a measuring cup. Then, pour the milk in until it reaches the one-cup margin. You can also consider the type of milk, so it matches the buttermilk you’re substituting (like low-fat milk to match low-fat buttermilk). And any vinegar works in this substitute, as do either freshly squeezed or bottled lemon juice. But be sure that the bottled lemon juice selected is free of preservatives. 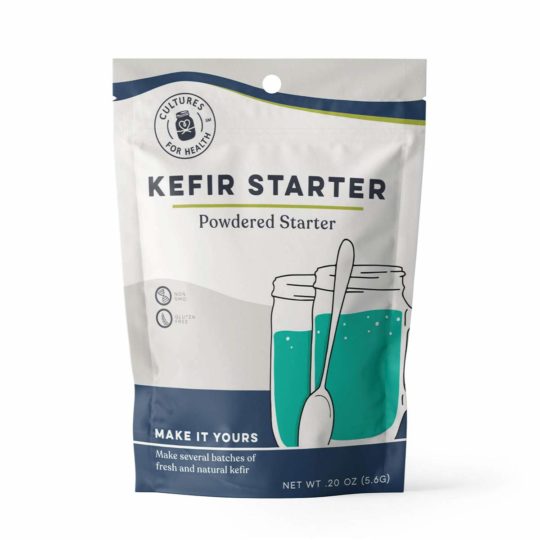 If you need a substitute that looks and tastes precisely like buttermilk, then kefir is your best option. This alternative is produced from milk fermentation, so it offers a tangy flavor that resembles buttermilk. Plus, its acidic nature works great in recipes that require buttermilk to activate baking soda. Kefir also supplies a good dose of probiotics, making it a great healthy option to consider.

As such, you can swap it with buttermilk at equal ratios. But when using kefir, only consider the plain varieties as it offers the closest similarities. Also, note that kefir loses its beneficial bacteria content when heated. So only use it for cold recipes if you wish to retain these healthy microbes. 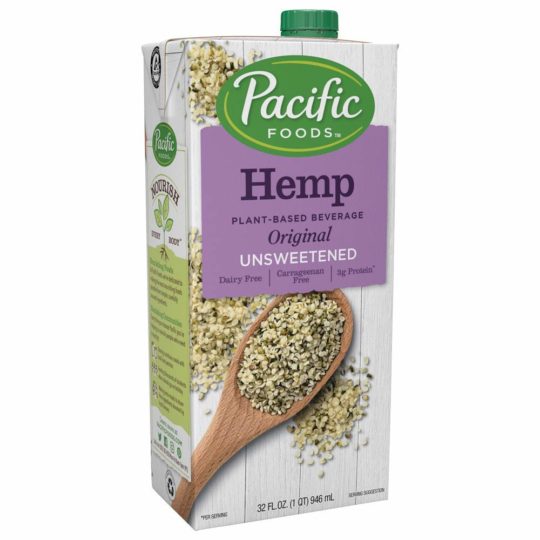 If you’re lactose-intolerant or preparing a vegan dish, then this combination is for you. Any plant milk will serve the milk base, while the acidic ingredient will add a sour flavor and acidic nature to the substitute. As such, you can consider options like almond, rice, oat, cashew nut, and soy milk, among other varieties. And this ingredient can be mixed with lemon juice or any vinegar you want.

To create this non-dairy substitute for buttermilk, add one tablespoon of lemon juice or vinegar to the measuring cup. Then, pour the selected plant milk till it reaches the one-cup mark. You can stir the mixture, so it evenly mixes afterward. And this substitute works in most recipes that call for buttermilk. But note that some plant milk may add their distinct flavor to the recipe. And when choosing which to use, make sure only to select unsweetened varieties.

Buttermilk is renowned for its tang, thickness, and acidity. And these three factors are significantly pronounced in sour milk. So, if you’re preparing a regular dish, you can dilute sour cream in water to create a similar consistency to buttermilk. And because it’s also dairy-based, you’ll get as much richness as expected from the original ingredient.

Sour cream is thicker than buttermilk, so combine ¾ cup of it with ¼ cup of water. Then, stir until the thickness is close to that of buttermilk. You should also ensure that the consistency is smooth enough, so it’s as close to buttermilk’s as possible.

Not everyone is privy to plant milk when considering a buttermilk substitute. But you can also consider pureed tofu as an alternative in your recipes. And once combined with an acidic ingredient, you’ll get a decent buttercream replacement for most dishes. But the sour element has to be fluid so the consistency won’t be too thick.

As such, you can combine ¼ cup of tofu with ¾ cup of water in a food processor. And once it’s pureed, add a tablespoon of lemon juice to the mix. The juice adds tanginess and acidity to the substitute, bringing its taste close to that of buttermilk. And for the best consistency and smoothness, use silken tofu as opposed to other varieties.

Can I use half and half instead of buttermilk?

Yes, you can. Half-and-half is excellent as a substitute for buttermilk in all recipes, especially baking. But you’ll need to bring its flavor to something close if you want the entire swap. Do it by first diluting three pats half-and-half with one part water. Then, when the mixture smoothes, stir in a tablespoon of vinegar or lemon juice.

Can I use Greek yogurt instead of buttermilk?

Yes, you can. Greek yogurt and any plain yogurt work as a buttermilk substitute. Its sour taste is similar, but it has a thicker consistency. So, the best way to use it is to combine ¾ cup of yogurt with ¼ cup of regular milk. This mixture will amount to an equal substitute for one cup of buttermilk.

Can I use apple cider instead of white vinegar to make buttermilk?

Yes, you can. Apple cider carries enough acidity to infuse tang in any buttermilk substitute mixture. And it can be used in the exact amounts as other vinegar types.

Omitting one cup of buttermilk from your dish doesn’t have to ruin it. Pick any of these substitutes, and you’ll get as much acidity, thickness, and tang as expected. Plus, these options are extensive and cater to different dietary needs. And you won’t have to worry about missing out on the exciting properties of buttermilk.