Infusing powerful aromas into dishes is a specialty in Southern Asian cuisine. And very few herbs do it as wonderfully as lemongrass. Even when fresh, it fills the air with its refreshing fragrance, which a highly sought-after factor in many dishes. But as much as we love to include it in our recipes, sometimes, we don’t have any available.

But it’s a good thing you can find great substitutes for lemongrass around you. You can find plants similar to lemongrass in fragrance, and most will offer the same effects. These may not carry as much aromatic power, but they’re just as versatile. And they work on various recipes, regardless of what form of lemongrass is asked for; paste, powder, or essential oil.

Lemongrass, also called Malabar, Cochin, or fever grass, is a small bush-like herb belonging to the grass family. Its botanical name is Cymbopogon citratus, and part of its naming is derivative of its citrusy aroma. The plant grows in bushy clumps all around South and South-East Asia regions and is a commonly used herb in Thai, Indonesian, Sri-Lankan, Filipino and Indian cuisines. The grass grows from fleshy, light-green-colored bases into deep green blades that can be minced, chopped, pounded, bruised, or grounded into a paste.

Lemongrass can be used fresh, and most people prefer it in this form for their recipes. It can also be dried, so it keeps for longer, especially if you don’t have access to fresh ones. In many places, dried lemongrass stalks are grounded into powder and sold in spice jars as seasonings. You’ll find lemongrass in paste form, combined with other familiar ingredients like milk whey, canola oil, xanthan, sea salt, and other elements. And some industries extract its essential oil, which is a popularly used tool in aromatherapy.

Lemongrass offers a light aroma that combines a soft blend of lemony, gingery, and floral flavors. This combo works in everything, from cooked recipes to grills, marinades, broils, stir-fry, and many others. It works perfectly along with other ingredients like basil, coconut, shallots, garlic, and cilantro, making it a signature element in Southern Asian cuisine. It can be chopped or minced before adding to cooking, bruised to release the flavors, or tossed in whole and taken out at the end.

Lemongrass also possesses numerous health benefits, which is why it can be brewed into tea. It’s a renowned immunity booster and aids various ailments like fever, asthma, stress, and gastrointestinal discomfort. These reasons and so much make lemongrass a welcome addition to many recipes, including;

In case you don’t have lemongrass around you, you can still consider any of these substitutes. Most times, finding fresh lemongrass can be tricky, and unless you own a small garden, you may need to locate a grocery market to get some. But this may be impractical, especially when you only need a bit of it. The same problem applies in situations where you don’t have it in other forms. 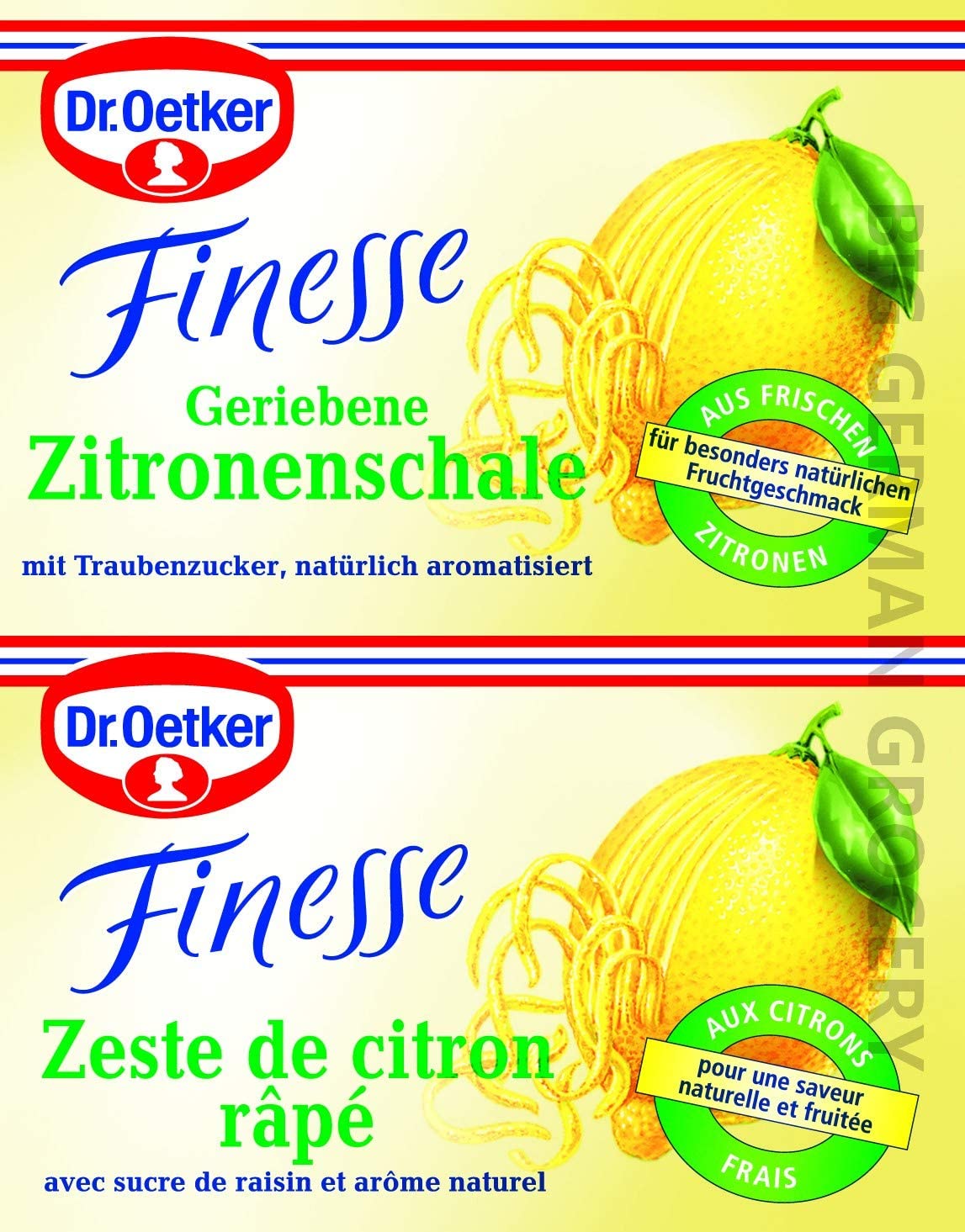 Because lemongrass got its name from the lemony taste and fragrance in its flavor profile, you can swap it with lemon zest when you don’t have any. You stand a higher chance of find lemons around you, so it’s a convenient option. And when you do, all you need is to grate the zest off, and you’re good to go. One lemon will give you enough spice to replace two stalks of fresh lemongrass.

But while lemon zest will infuse the tangy, citrusy flavor in your recipe, you won’t get the herbal hint expected from lemongrass. Still, your recipe will come out as great as you’d hoped, but if you need this in your dish, add one arugula leaf to it. 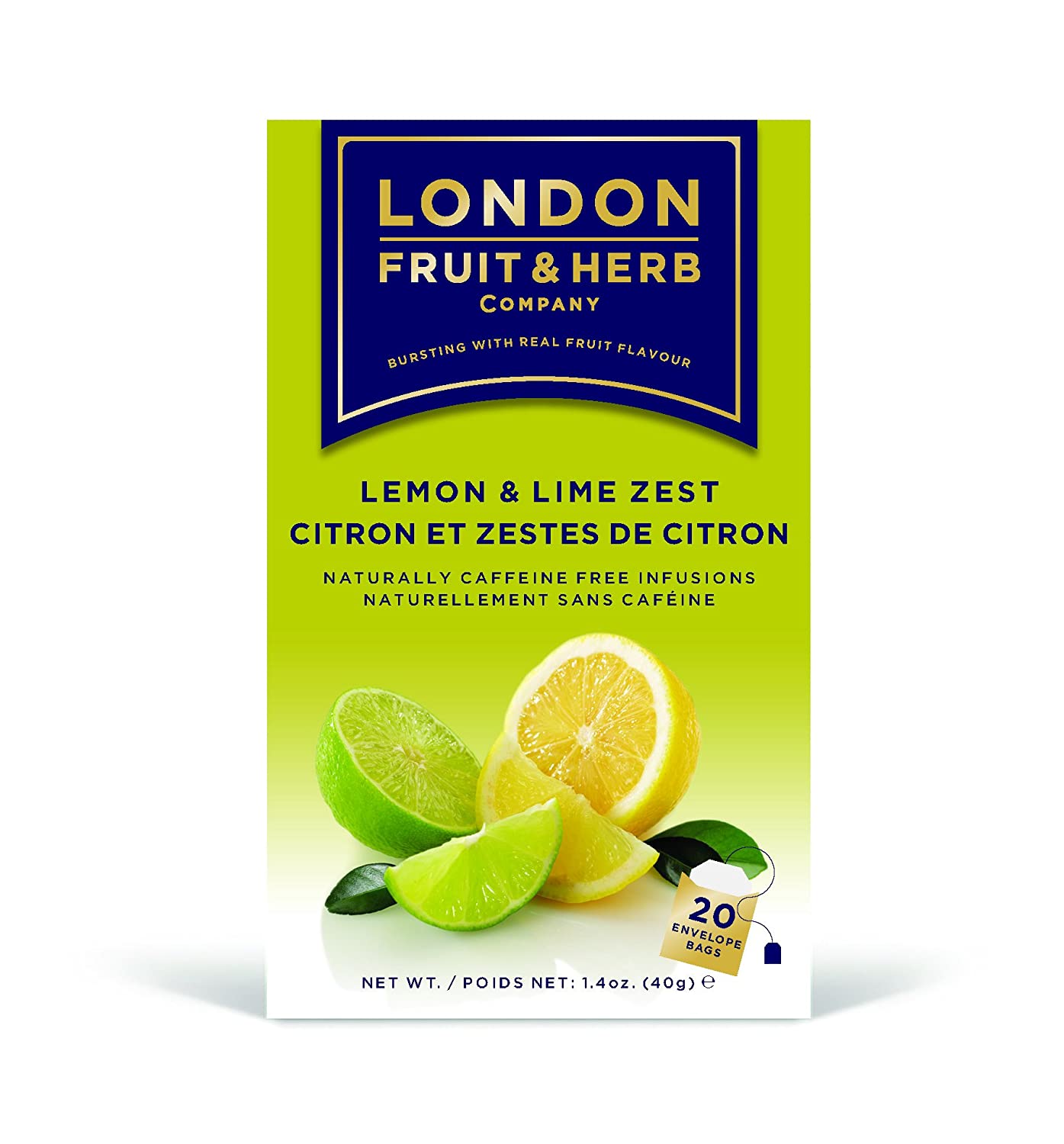 Lime is another citrus fruit rich in enough zing to replace lemongrass. Swapping the zest of citrus fruits like lime and lemon is easy because their essential oils almost taste the same. Lime is also nearly as aromatic as lemongrass, so it’s a better option than cooking your dish without it. But note that lime zest has a bitter undertone that surfaces when used in large quantities. So, it’s best for situations that call for a pinch of lemongrass. As such, about half a teaspoon of lime zest is a suitable replacement for one stalk of lemongrass. 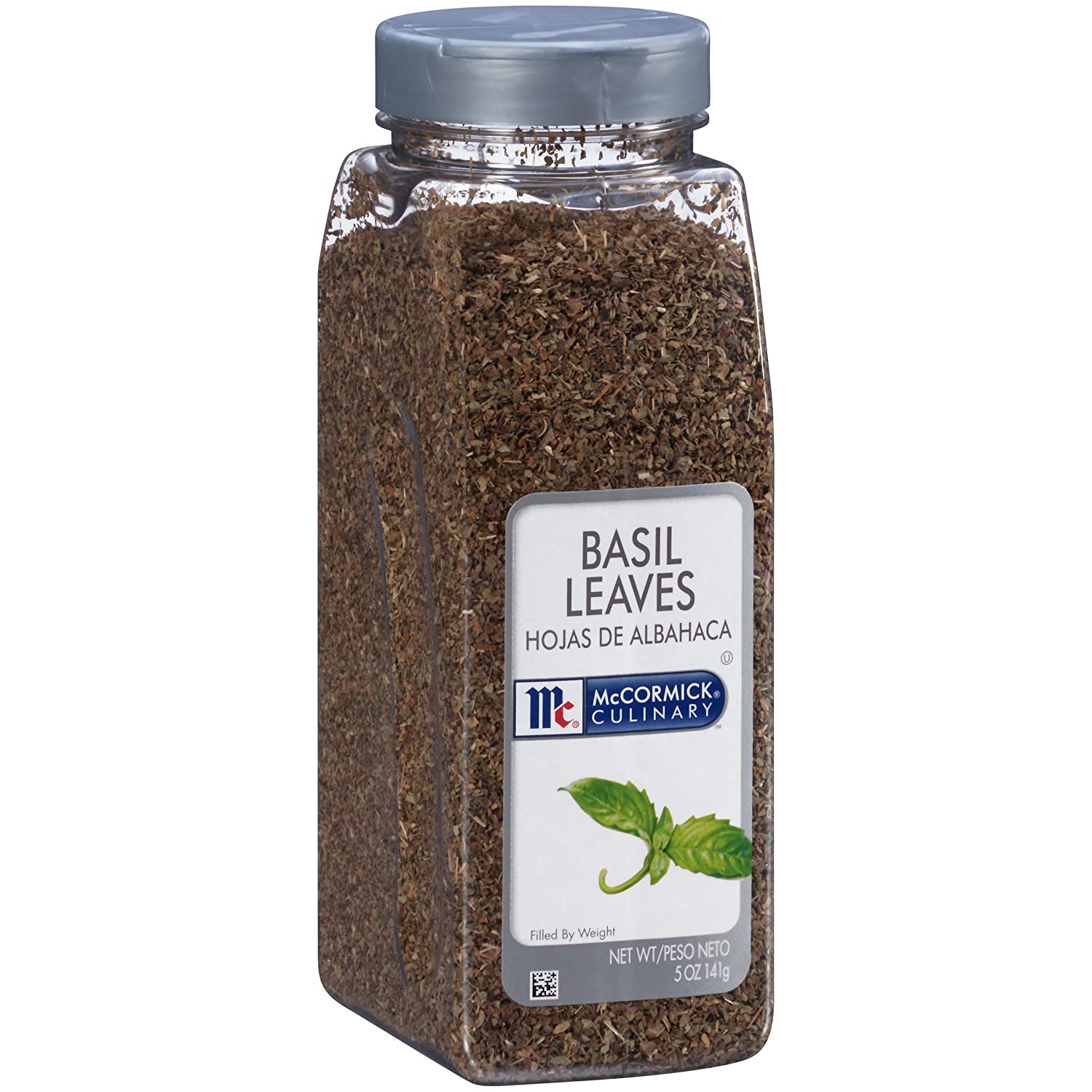 If you don’t have any form of lemongrass in your kitchen at all, you can swap it with another aromatic herb. Basil is one of those that offer a close semblance to lemongrass in terms of fragrance. Of course, it doesn’t share the lemony, citrusy flavor of lemongrass, but it’s almost equally as rich in aroma. And if you have Thai basil, you’re one step closer to bringing your recipe to a standard that reminds you of Southern Asian cuisine. 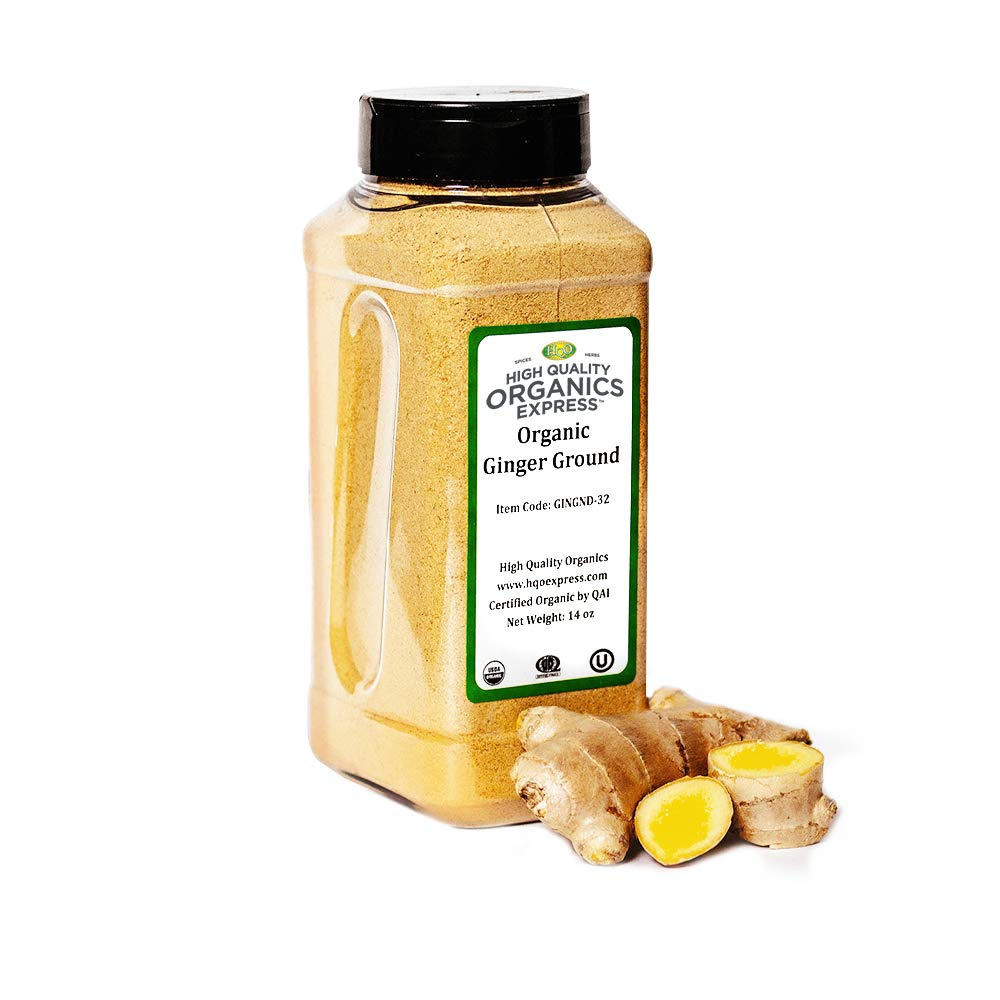 You could also combine two ingredients to get a similar effect as lemongrass in your dish. Ginger and cilantro stalks make an excellent pairing for replacing lemongrass in recipes. Using fresh ginger is best, as the dried ones are more concentrated. Also, in this form, you’ll get an herby flavor that’s close to lemongrass. To use, mix two teaspoons of grated ginger two teaspoons of cut-up cilantro stalks to make up for one lemongrass stalk. If what you have is dried or ground ginger, ¼ teaspoon of it is enough to mix with the cilantro. 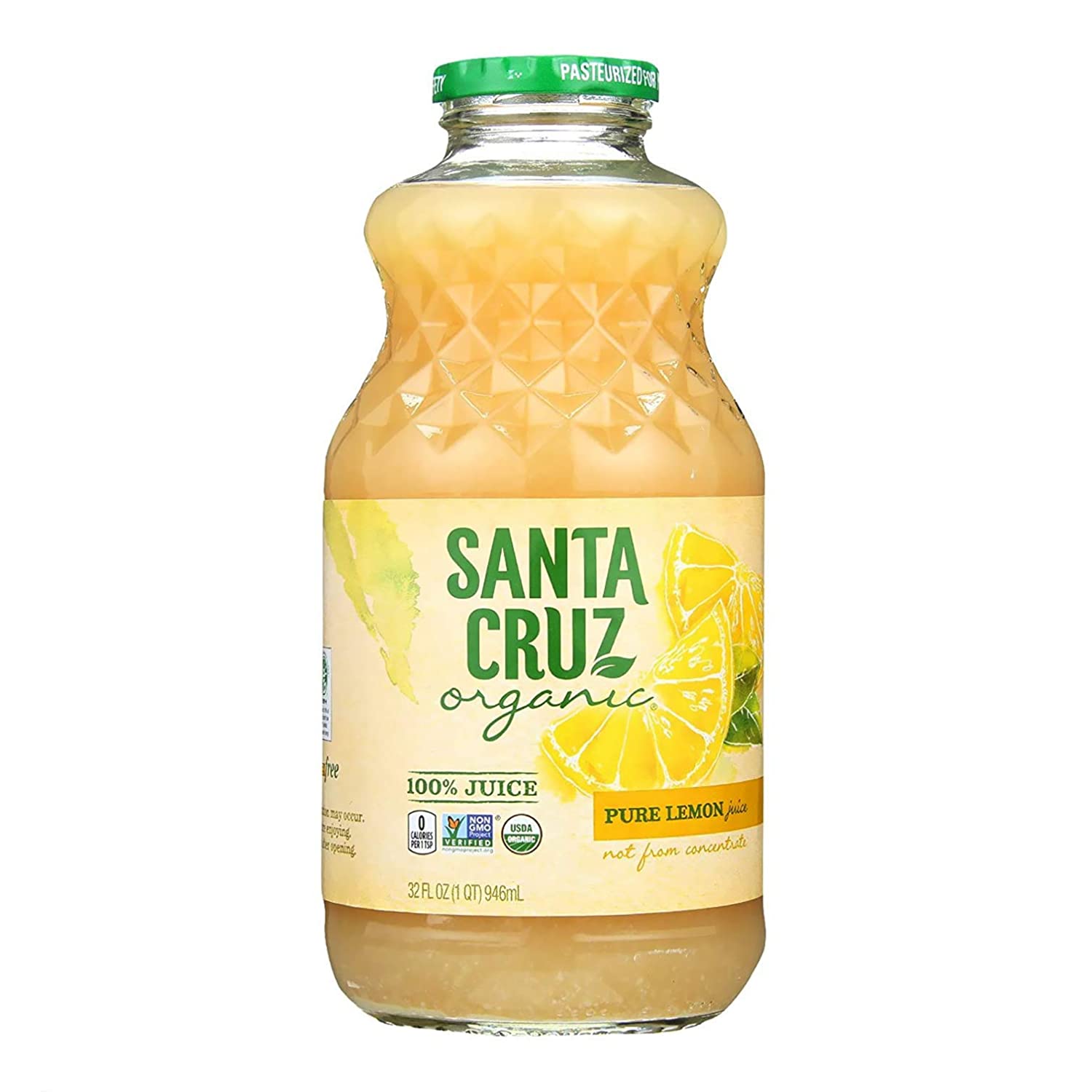 As a last resort, lemon juice makes an ideal substitute for lemongrass in many recipes. Lemon juice will add a good dose of citrusy flavor and aroma in small quantities and are best for recipes that infuse these properties. As such, lemon juice is an ideal substitute for lemongrass in grilled meat, fish, lamb, pork, stuffing, ice cream, and many other recipes that don’t require a long time or high heat to prepare.

Can I substitute lemon balm for lemongrass?

Lemon balm doesn’t make a perfect substitute for lemongrass, but it can still work in a pinch. Also, lemon balm is more related to mint and basil, though it shares notes of lemony flavor. Lemon balm is sweeter and, unlike lemongrass, can be eaten along with the food. But, it has to be put in towards the end of the cooking time because it doesn’t do well when cooked for long.

Can I substitute dried lemongrass for fresh?

Can you eat lemongrass raw?

Yes, it’s a common practice to eat raw lemongrass. But you’ll need to remove the stalk first. Some people prefer to peel off the stalk’s outer layer and cut off the dry top. Whichever you choose, ensure to rinse the lemongrass before you eat it raw.

Being out of lemongrass doesn’t mean your Thai curry won’t come out great. Take note to store dried lemongrass in your kitchen to prevent such situations. With these alternative options, you can still add great aroma and citrusy flavor to your recipe. But if you didn’t get to, any of these substitutes will still make a suitable replacement.