There is so much Italian pasta; they each carry unique shapes and subtle flavors that create a beautiful and tasty meal when paired with other ingredients; the Tagliatelle is one of this Italian pasta; it belongs to the flat ribbon-shaped variety and is extremely popular in so many creative recipes.

Tagliatelle pasta is a perfect addition to meat and creamy sauce pasta recipes. They are popularly known with these recipes, but if the need for a substitute arises, you can go ahead and use another ingredient in its place in these recipes and more.

If you’re interested in these substitutes, which I think you are, then keep reading to learn more about them, including some extra information about tagliatelle pasta. 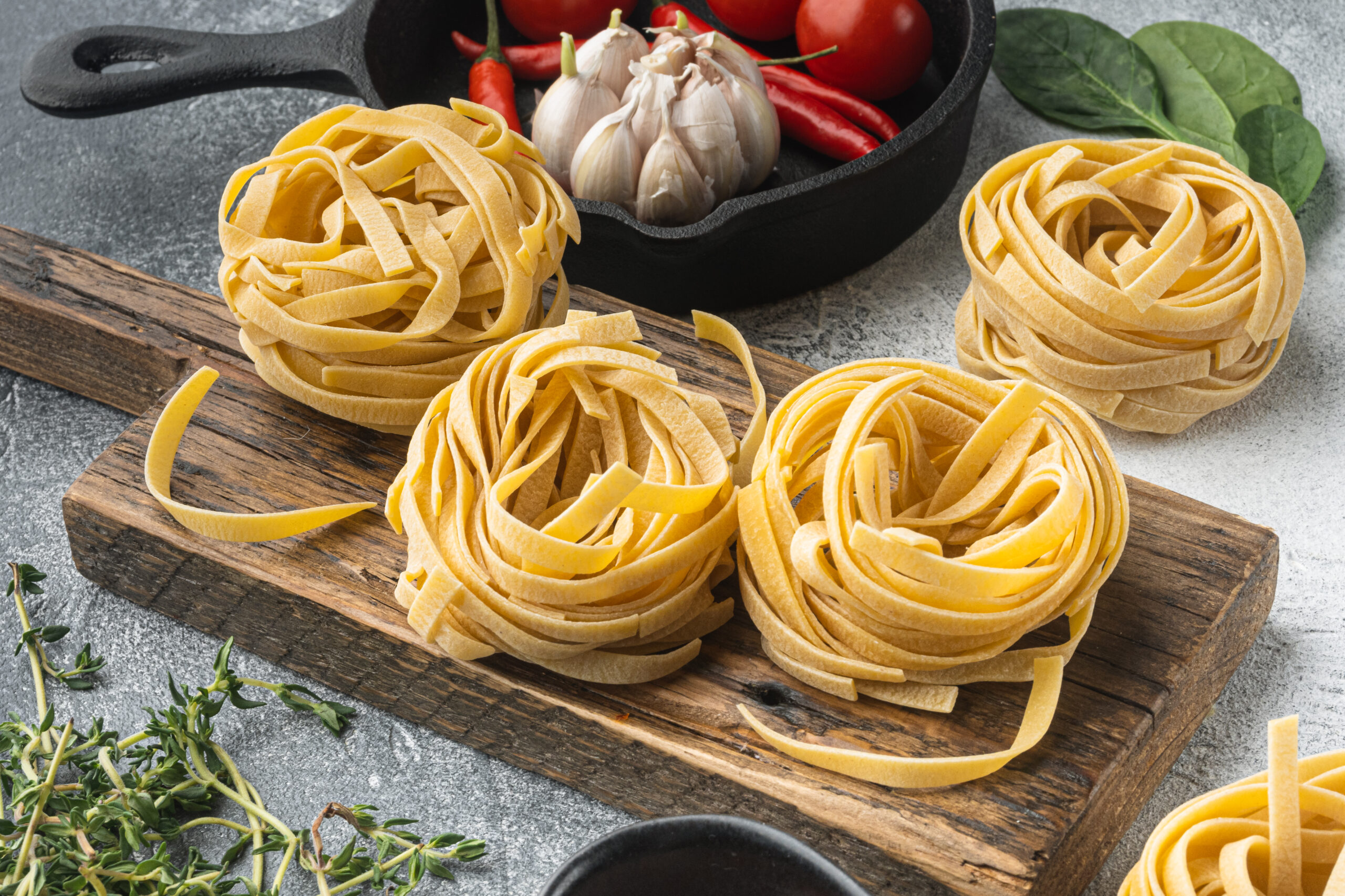 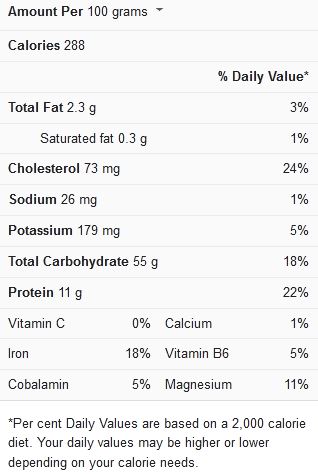 What is Tagliatelle Pasta?

Tagliatelle is a flat cut ribbon-shaped pasta native to the Marche and Emilia-Romagna regions in Italy; it is pronounced “tal-ya-TELL-eh’ and is primarily made from wheat flour and egg.

Tagliatelle has a narrower variety known as taglierini, or tajarin. Depending on the region where you find it in Italy, it is just like Tagliatelle, except its cut or shape is narrower and about 3 millimeters wide. Tagliatelle is also a version known as tagliolini; it is cylindrical and not flat in shape.

The fettuccine pasta is also closely related pasta to Tagliatelle; they are both grouped under the same ribbon-shaped variety and carry similar appearance, taste, and texture that they are often confused for each other.

The Tagliatelle is a pasta popularly served with Bolognese ragu meat sauce or served with black truffle (al Tartufo) cream sauce; in other regions, the pasta is also served with toppings like mushrooms, truffles, and fresh tomato sauce.

Tagliatelle is available in stores fresh and dry and is famous in Italian recipes such as uova e Formaggio and Pomodoro e Basilico (tomato sauce with basil). Other recipes that use Tagliatelle include:

Tagliatelle is an amazing ingredient in meat and creamy pasta recipes; it’s a thick ribbon-shaped body when cooked, resulting in a rich, hearty meal that is equally delicious and satisfying, which is why it is a staple for most persons.

If you can’t include Tagliatelle in your diet because of dietary or personal preferences, or maybe you’ve just run out of Tagliatelle, and the grocery store is all out as well, there are some great substitutes for Tagliatelle you can use in your recipe. These substitutes include:

These little differences wouldn’t matter in your recipe, so feel free to use Fettuccine when you can’t find Tagliatelle.

The next best thing after Fettuccine to use in place of Tagliatelle is the pappardelle pasta; it works in a ton of recipes that need Tagliatelle and pairs incredibly with Alfredo sauce and meat.

Pappardelle has a little wider size than Tagliatelle, but that wouldn’t be a problem when substituting; its wide size makes it great in Bolognese and seafood pasta recipes. 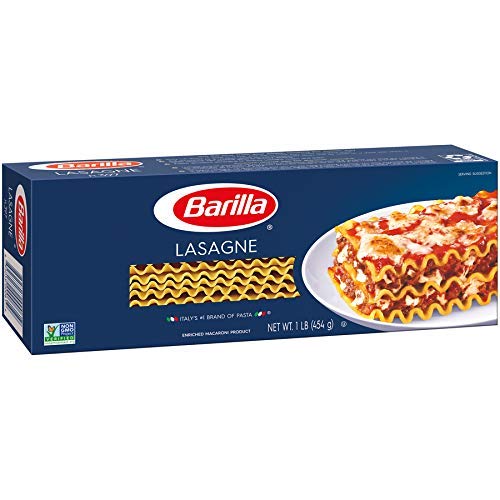 Lasagna noodles are also good substitutes for Tagliatelle. When it involves texture, they may not be the best size-wise. Still, it’s nothing a little trimming can’t fix; since Lasagna noodles are larger, you could easily trim them down to the size you want after cooking them first.

These noodles are not only restricted to lasagne recipes, but they could also be used in other tasty and creamy sauce recipes just like Tagliatelle plus, they are very common in supermarkets, so you could grab as much as you want for your recipe.

Since the lasagna noodle is large, it takes time to prepare between 13-15 minutes. 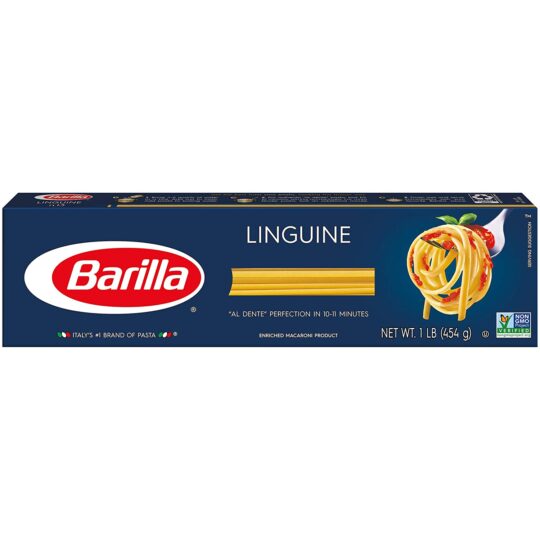 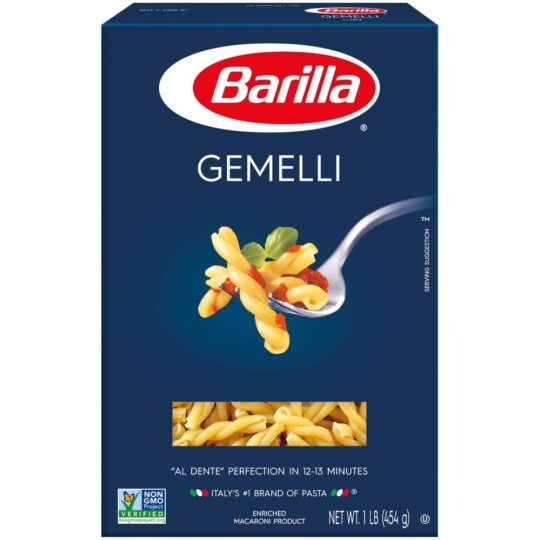 This pasta may not have the flat ribbon-like shape of Tagliatelle, but it can still be a good alternative for Tagliatelle. Gemelli is a type of pasta with an interesting twisted shape that you might like in your meal.

The name ‘Gemelli’ is derived from an Italian word meaning ‘twin,’ but the pasta is not twin tubes; it is a single pasta strand twisted into a spiral.

Gemelli is an excellent substitute for Tagliatelle; they boil simultaneously and can be used in similar recipes.

How long would fresh and dry Tagliatelle cook for?

Fresh Tagliatelle cooks quickly, between 2-3 minutes depending on the thickness, while dry ones cook for about 7-10 minutes.

Is Tagliatelle healthier than regular pasta?

Since the egg is a primary ingredient in Tagliatelle, it offers some protein and amino acid nutrition.

Does all Tagliatelle Pasta contain eggs?

No, not all Tagliatelle is made with eggs, however, the ones made with and without eggs have no noticeable difference.

Tagliatelle is an Italian pasta that is a staple in so many recipes, it is used with thick and creamy sauces, and in cases where you can’t find it, you could always turn to these substitutes I’ve listed in this article. They are similar to Tagliatelle and would produce satisfying results.