So what do poppy seeds taste like? They are an essential part of bagel decoration, but what does their flavor taste like? Poppy seeds have a slightly woody, nutty flavor. They are very mild in flavor and are most commonly used as a texture component. While they are not harmful, eating them in excessive amounts can cause a false positive in a urine drug test. If you are unsure about the actual flavor of poppy seeds, keep reading to find out. You might even be surprised by what you discover. Read on to discover what makes these little gems so popular! 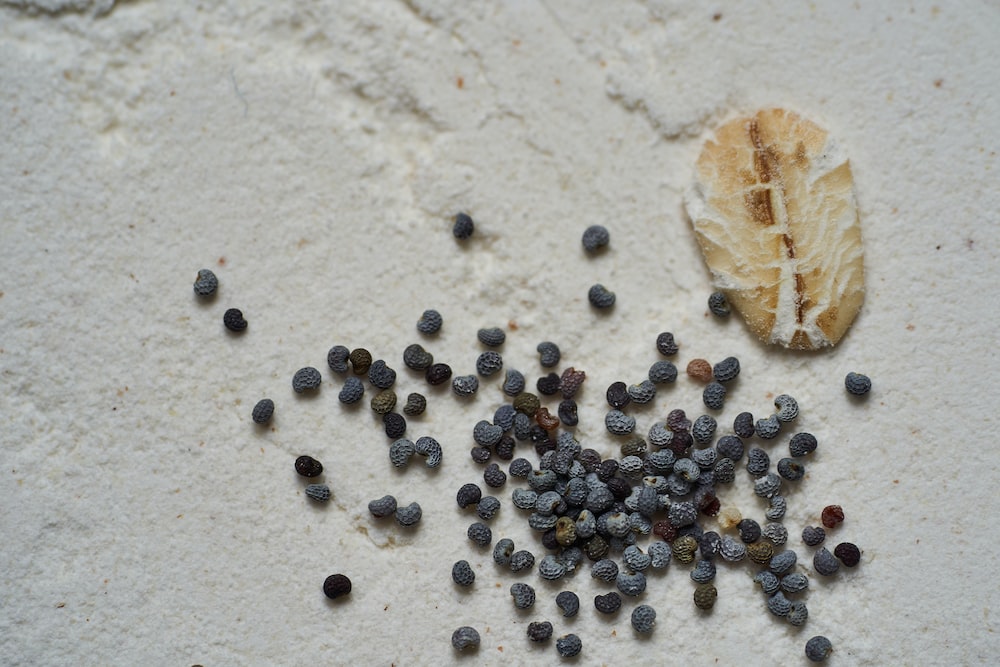 People love the crackling sensation they get when they bite into them, and this characteristic has led to many recipes incorporating poppy seeds in them. However, this nutty texture is not for everyone, and they are easily stuck in your teeth, so you should be careful with this ingredient.

What Are Poppy Seeds?

The oilseed derived from the opium poppy is the poppy seed (Papaver somniferum). For thousands of years, various cultures have gathered tiny kidney-shaped seeds from dried seed pods. Many countries, particularly in Central Europe and South Asia, where it is legally produced and sold in stores, continue to utilize it. The seeds are used whole or ground into meals in many meals, including pastry and bread, and they are pressed to produce poppyseed oil. Poppy seeds are tiny and often appear blue.

Poppy seeds have a nutty, sweet taste and have a mild, woody flavor. Poppy seeds, even when simple, have a very faint flavor, so they’re so popular as a multipurpose topping—for the texture.
They have a crackly feel when you bite into them, making them ideal for contrasting textures in soft baked items.

What Are The Health Benefits Of Poppy Seeds?

Their color isn’t indicative of their taste, but they are beneficial for health. They contain a good amount of calcium and iron, and they are also high in dietary fiber and are suitable for diabetics and people with heart disease. In addition, poppy seeds are highly nutritious and have anti-inflammatory properties. If you want to find out more about the unique flavor of poppy seeds, keep reading!

Many of us are sick and prone to various ailments due to our poor eating habits and sedentary lifestyles. Our heart is one of the organs that suffer the most from such a lifestyle. Heart disease is caused by high cholesterol levels and issues with blood circulation.

While many people rely on pharmaceuticals to get by, they also require a nutritious diet. Poppy seeds include a significant quantity of dietary fiber, and it lowers bad cholesterol while increasing good cholesterol. Not only that, but the iron in it is also quite good at purifying the blood and increasing the amounts of hemoglobin.

The contemporary age is obsessed with junk food and fast food, high in calories, sodium, and harmful fat but low in nutrition. These substances affect digestion and, in most circumstances, cause bloating. Insoluble fiber is abundant in poppy seeds.

Constipation is avoided by consuming this food item daily since it facilitates food transit through the alimentary canal and strengthens the digestive system. Not only that, but poppy seeds improve nutritional absorption from the diet.

Insomnia is treated using this product.

While most of us enjoy sleeping, we can’t deny that numerous diversions appear far more appealing than a whole night’s sleep. Insomnia (a condition associated with poor sleeping patterns) has become more widespread due to distractions and a variety of other factors.

If you’re having trouble, try eating poppy seeds high in magnesium. This nutrient aids in reducing cortisol (the stress hormone) levels and the quality and length of sleep. Poppy seeds are best consumed before bedtime in tea or a prepared paste with milk. As you begin to take it, you will notice an improvement in your sleep quality and metabolism.

Bone strength tends to deteriorate as people get older, and this is the time to focus on improving bone health through good eating habits. Calcium is one of the most essential elements for bone health, and poppy seeds are high in it and copper.

While other foods can help you maintain a healthy bone structure, manganese in the seeds can help you avoid problems like joint discomfort by aiding in developing the protein collagen. This prevents significant injury to the bones.

Are There Any Side Effects Of Poppy Seeds?

1. They Have the Potential to Cause Allergic Reactions

Poppyseed allergy is probable, according to an older review published in Allergy and Asthma Proceedings in July 2006.

Food (including poppy seed) allergy symptoms, according to the Mayo Clinic, include:

2. They Could Have Opioid-Like Side Effects

According to the Drug Enforcement Administration, the poppy plant includes opium alkaloids such as morphine, codeine, and thebaine (DEA). The milky white fluid discharged from the pod when it is cut contains the opium content, not the seed itself.

According to the DEA, the surface of unwashed poppy seeds contains more of these alkaloids than the surface of washed seeds, which are commonly utilized in processed food products like baked goods.

According to a paper published in Pain and Therapy in June 2019, unwashed seeds are typically made into poppy seed tea, which can have an intoxicating effect and even cause dependency and withdrawal symptoms. In rare situations, eating or drinking too many unwashed poppy seeds has resulted in death.

However, the majority of the cases mentioned in the review included substantial amounts of poppy seed tea, such as 2 liters per day.

3. They may result in a positive drug test.

According to the Pain and Therapy study, while moderate amounts of poppy seeds (such as a tablespoon) are generally safe to use when cooking or baking, they can generate false positives on some drug tests.

According to the United States Anti-Doping Agency, specific drug tests may be able to identify morphine and codeine in urine up to 48 hours after you’ve eaten a tiny amount of poppy seeds on, say, a bagel or pastry.

Even though pregnant women may simply satisfy a pregnancy urge, Marcotte claims that poppy seed-eating can cause a positive drug test.
As a result, ingesting poppy seeds at the end of the third trimester may unintentionally lead to regular measures for identifying babies who have been exposed to opiates. Things like:

Newborns are being detained in the hospital longer for examination of possible opiate withdrawal and testing of opiate levels, resulting in social worker consultations, inflicting unnecessary stress on the family, and child protective services being contacted (a requirement of suspected abuse by parents)
Dr. Marcotte advises pregnant women to avoid poppy seeds in the last 3 to 4 weeks of pregnancy to minimize undue stress for everyone concerned. 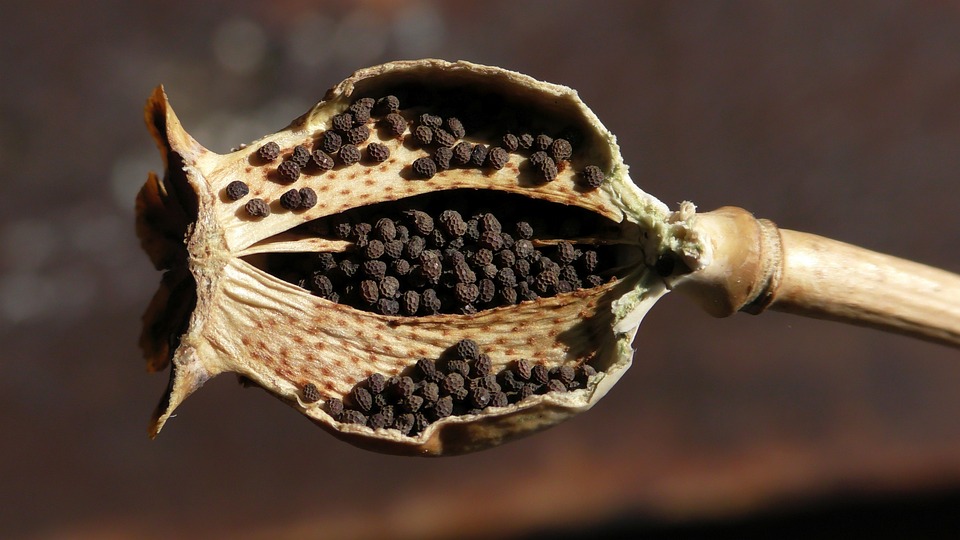 How To Store Poppy Seeds?

Poppy seeds can be stored in an airtight jar in a cold, dry closet for up to a year. However, they will lose flavor with time. They will spoil faster if exposed to sunlight or stored near the burner, so careful storage in a cold cabinet or pantry is essential. To increase the flavor of poppy seeds, grind them and toast them over medium heat. Then, store the ground poppy seeds in a dark cupboard. Keeping them refrigerated will prevent them from turning rancid. If stored correctly, ad. If stored correctly, a jar of dried poppy seeds will keep for three to four years.

They are used in baking, salad dressings, and a wide variety of recipes. They are a great addition to desserts and baked goods.

They are usually used in baking because of their texture, and people enjoy the crunch they impart to foods. They are costly and primarily imported; however, they should be used as they lose their flavor after ground. They can be eaten as a topping on cereals or mixed in a salad. The French call it “oillette,” a good substitute for olive oil.

Poppy seeds are a delicious snack. They contain a small amount of morphine, a powerful opioid that can cause death. Although poppy seeds are often considered dangerous, this myth is unfounded. The seeds contain traces of opiate milk, but these won’t make you drowsy. If you want to eat poppy seeds, you should avoid them in chocolate, and opt for organic or vegan varieties.