A traditional barbecue sauce and mayonnaise are both used to make this Chick Fil A sauce, which has a sweet and smoky flavor to it. The Chick-fil-A restaurant chain uses this sauce as its signature dipping condiment. In spite of the fact that the sauce has a complex flavor, and it is not difficult to prepare at home, despite the fact that it is produced with a number of different ingredients. 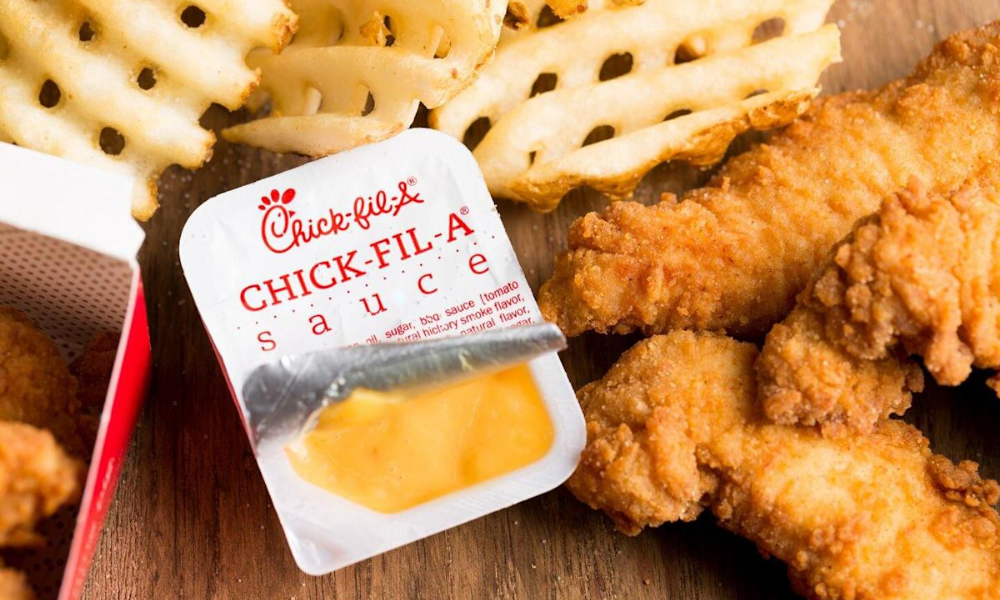 This sauce has a flavor that is unmistakably it’s own. The publication Business Insider claims that it is a mixture of barbecue sauce, honey mustard, and ranch dressing. This sauce is a fusion of three other well-known dipping sauces. It matches well with chicken sandwiches, fries, and wraps, and in general, it is an excellent accompaniment to any food. In contrast to other chicken dipping sauces, the Chick-fil-A sauce has a sweet and sour flavor profile, making it the ideal condiment to pair with these items.

What is Chick Fil A Sauce?

Hugh Fleming, a former Chick-fil-A owner-operator from Fredericksburg, VA, developed Chick-fil-A Sauce in the early 1980s to increase business. Lisa Greene, Fleming’s first team member, arranged for Chick-fil-A nuggets to be delivered to them from a neighboring department store so they wouldn’t have to leave for lunch. Fleming and Greene recognized they were missing a critical component of their perfect dinner when the store staff requested a dipping sauce. Fleming chose a Honey Mustard recipe he was familiar with, and the new sauce immediately became popular.

One day, while having lunch, a Chick-fil-A employee decided to combine Barbecue sauce with their Honey Mustard sauce, unaware that they were about to make history. Customers were taking whole cups of the sauce home from restaurants, and businesses barely kept up with demand.

Honey Mustard, Barbecue, and Ranch are the three distinct flavors that come together to create the signature Chick-fil-A Sauce. As a result, it has a flavor that is smooth, smoky, sugary, and sour all at the same time.

What Ingredients go into Chick Fil A Sauce?

In addition to a wide variety of other flavors and seasonings, the original recipe for Chick-fil-A Sauce calls for soybean oil, sugar, barbecue sauce, and vinegar.

What Sauce has a Flavor Similar to Chick Fil Sauce?

The Great Value Chicken Dipping Sauce found at Walmart is the most comparable alternative to the sauce served at Chick-fil-A, and this seems to be the closest comparison between the flavor and the texture. Because of this striking similarity, the Great Value Chicken Dipping Sauce has been called both a “knock-off” and a “copycat” version of the original.

Aside from that, the flavor of any sauce built on a foundation of honey barbecue and mayonnaise will be highly comparable. Therefore, sauces such as Mayocue and Mayochup, or homemade versions, are probably the best option to use as a substitute.

What do you Eat with Chick-Fil-A Sauce?

The dipping sauce at Chick-fil-A is the primary purpose for advertising the sauce. Therefore, it is the perfect condiment to complement Chick-Fil-waffle A’s fries, nuggets, and strips.

Aside from this, you may always add this flavorful sauce to your sandwich, regardless of whether it was purchased from Chick-fil-A, produced by yourself, or acquired from another establishment that specializes in sandwiches.

Then there are other permutations you probably haven’t even thought about yet. Burgers, pizza, tacos, and chips for a side dish. These are all excellent options to consider as well. Don’t be surprised if you find yourself enjoying it with some sushi.

In addition, you can find this sauce in most grocery stores these days, as you will see in the following paragraphs. If you want to experiment with this sauce with a variety of different foods, you will be able to do so.

How to Make Chick Fil A Sauce at Home?

It’s easy to make your own Chick Fil A sauce with only a few simple ingredients. It won’t taste precisely like the real thing, but it’ll get you close.

Instead of using regular barbecue sauce, you can use Honey BBQ Sweet Baby Rays, which also eliminates the need for genuine honey.

Writing such instructions made me feel almost humiliated. You combine everything in a whisk, and I’d also store it in an airtight container for refrigeration. A bottle, jar, or even Tupperware can be used in this situation. You’ll be able to store your sauce for much longer this way, even if you don’t use it right away. Just keep an eye on it for deterioration. This shouldn’t be kept for very long. And if you run out, you can always create more fresh. 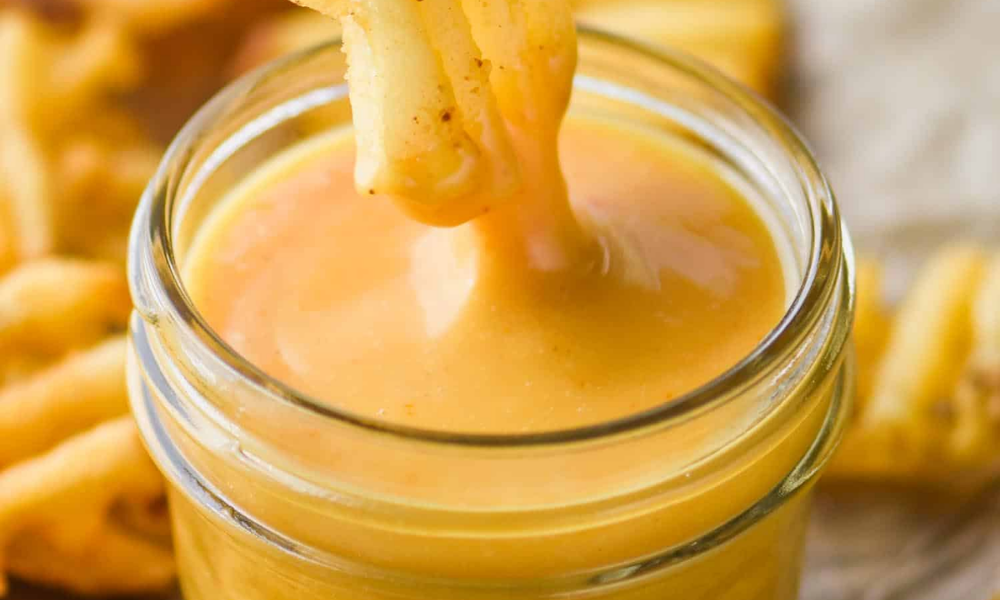 Do you have to Keep the Chick-Fil-A Sauce Refrigerated?

While individual 1 oz. Packets of Chick-fil-A Sauce do not need to be refrigerated because they are meant to be consumed right away; Chick-fil-A recommends keeping 8 oz. and 16 oz. Bottles are refrigerated after opening to keep them fresh for longer.

Chick-fil-A Sauce should be kept refrigerated since eggs deteriorate fast if they get too warm. Individual Chick-fil-A sauces are packaged in 1 oz packets for immediate consumption, and it is not recommended to keep any unused sauces. Every bottle of Chick-fil-A sauce (8 oz. and 16 oz.) has an expiration date. Chick-fil-A advises keeping bottled sauces cool and dark and refrigerating them once opened.

Where Can the Chick-fil-A Sauce Be Purchased?

Chick-fil-A Sauce is available in restaurants, online, and at participating stores. Prices for 8 oz. bottles range from $2.50 to $2.75 at Chick-fil-A restaurants, while 16 oz. Bottles are exclusively available at select retail stores.

You can order it for pickup or delivery, just like any other item on the menu. So you can proceed with your order as usual and add it at the end. All you have to do is inquire at a Chick Fil A restaurant, and they should be allowed to sell it to you. Chick Fil A has partnered with large grocery stores and Chick Fil A.

How Harmful is the Chick-fil-A Sauce?

At Chick-fil-A, the calories in one serving of dipping sauce can range anywhere from 25 to 140, adding a significant amount of extra sugar and fat to your meal. The Garden Herb Ranch Sauce and the signature Chick-fil-A Sauce are two of the worst offenders on the menu at Chick-fil-A. They both contain a lot of sugar, and there are 140 calories in both of the single sizes.

The Chick-fil-A Sauce is the company’s signature dipping sauce, and it’s been around from the beginning. The dynamic flavor results from a combination of Honey Mustard, Barbecue, and Ranch sauces, and it goes well with just about anything you can think of. You can get Chick-fil-A Sauce in 1 oz. or 8 oz. containers at any chain’s restaurant, and you can get it in 16 oz bottles at sure of the chain’s retail locations all across the country.

The Chick-fil-A sauce can be obtained at retailers authorized to sell it. It is also possible to make it at home and be available for purchase at retail locations participating in the promotion. If you want to make your own, you can use the officially provided recipe to produce your own sauce. In your own home kitchen, you should be able to create a sauce that tastes very similar to the one served at Chick-fil-A. You can create it at home for a cost that is less than 2 dollars.