Honeynut squash is a crossbreed. Because of its genes, honey nut squash tastes better than other squash kinds. A honeynet squash may appear to be a little butternut squash at first glance, but it has a distinct flavor. Imagine a savory, sweeter butternut squash with a nutty undertone, and you’ll have a decent idea of what the honeynut tastes like. Because of its small size, it contains three times the quantity of beta carotene and three times the amount of vitamin A. Simply follow our easy roasting instructions to add this great squash to your repertoire. 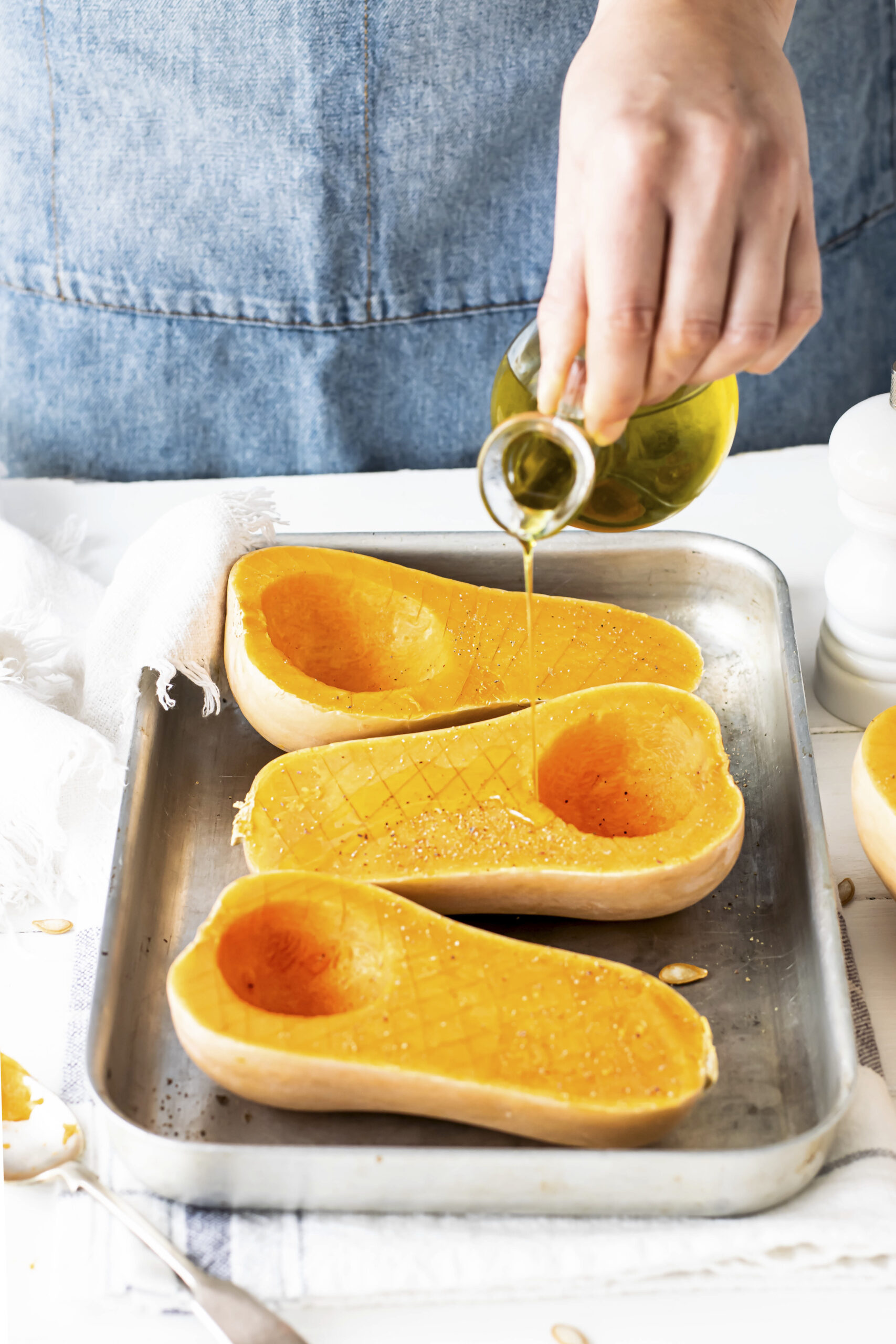 Steps On How To Cook Honey Nut Squash

Before turning on the oven, position the oven rack in the middle. Although it may not seem like much, your squash cooks evenly when you bake it in the middle of the oven.

Honeynut squash has such a thin skin that it doesn’t require peeling.

Step 4: Scoop out the seeds.

The seeds should be scraped out of each squash with a metal spoon. It’s similar to scraping pumpkin seeds out. Remove the seeds and toss them in the garbage, or rinse and roast them like roasting pumpkin seeds.

The squash should be placed on a rimmed baking sheet. Then sprinkle the flesh of the squash with olive oil. The oil adds more flavors and moistens them while they roast.

If you prefer a creamier flavor, you can replace the olive oil with the same quantity of melted butter. You could also use any other oil you choose, such as sunflower oil or melted coconut oil.

Step 6: Use salt for the squash seasoning.

Season the half of each squash with a pinch or two of salt. Sprinkle some freshly ground pepper on the honeynut squash as well if you want the savory flavor to be brought out.

Step 7: To season the meat, sprinkle it with cinnamon or a spice blend.

For each half, use a pinch of cinnamon or any spice blend you want, so as to bring out the sweetness of the squash. For example, a garlic herb mix may be used, to achieve a savory, deep flavor. Here are some suggestions for spice blends: Garam masala, Harissa, Herbes de Provence, Chinese five spice, Adobo, or chili powder are just a few of the spices you can use.

Step 8: Place the squash on a baking pan and spread it out flat.

Each half should now be cut side down on the sheet. As the squash roasts, it allows the flesh to caramelize, which gives it a deep, beautiful color. The squash is also less likely to dry out in the oven when cooked cut-side down.

Cook until the meat is soft and delicate. Check to see if the squash are done. Use a fork to check the squash to see if it is done. If it’s not soft, then put the squash back into the oven for an extra 5 minutes and check again.

Step 10: To add more flavor to the squash, drizzle it with sauce or syrup. If you want to add more flavor, drizzle with maple syrup, tahini, or agrodolce. Adding only a little salt and olive oil, will get you a delicious roasted honeynut squash. However, you can add a little more seasoning for more flavor. If you prefer a nutty, creamy flavor, drizzle on the top some tahini dressing, or use agrodolce, an Italian sweet and sour sauce that uses sugar and vinegar.

Warmed maple syrup should be poured on the squash halves to add an extra flavor to its taste, especially if the squash was spiced with cinnamon.

Preheat the oven to 350 degrees F (177 degrees C) and the halves should be placed on a roasting pan. Once your oven is hot, toss the leftover squash into it and bake them for 15 to 20 minutes or until the squash is hot throughout.