If you’ve never had Baileys before, you may be curious about the flavor profile of the liquor. Given that it is Irish cream, you are undoubtedly curious about the beverage’s flavor. Baileys has a sugary taste, a milky consistency, and a vanilla flavor. It has a relatively low alcohol content, clocking in at approximately 17 percent, and is frequently combined with coffee or hot chocolate beverages. Because of its adaptability is ideally suited for use as a component in alcoholic beverages, particularly cocktails and hot beverages. 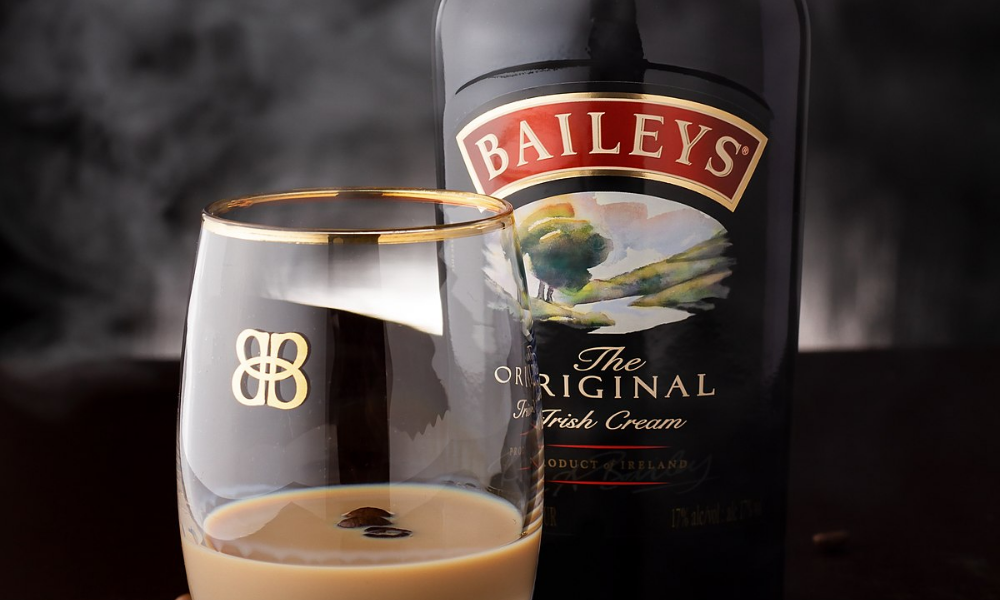 Baileys Irish Cream has a sweet, milky flavor with hints of vanilla and chocolate and the fruitiness of Irish whiskey. Baileys is a highly delectable alcoholic beverage, so it’s no surprise that it’s the world’s best-selling liqueur. The combination of cream, chocolate, and Irish whiskey assures that this drink is sweet, delicious, and easy to drink. After the first sip, you’ll be hooked on the creamy, chocolaty bliss! Some people mix Baileys with coffee, while others pour it over ice cream! We think it’s delicious on its own!

Baileys is an Irish liqueur that was created in the early 1970s. The drink is still made in Ireland and contains Irish whiskey, cream, and cocoa. Thomas Jago, the drink’s creator, was looking for a drink with universal appeal and decided that adding cream to whiskey made the new mixture smooth enough to sell worldwide. Baileys is currently the world’s best-selling liqueur, proving Jago’s suspicions correct.

Jago had a money-losing distillery in Ireland that produced a lot of whiskeys and had access to inexpensive cream. Thus the initial formula mainly was driven by that. The straightforward recipe was a huge hit, with over 80 million bottles sold per year! Baileys has since expanded its product line and now provides a variety of flavors. Baileys Almande, for example, is a vegan version produced with almond milk instead of cream. Exotic flavors, including Apple Pie, Espresso, Strawberries, and Salted Caramel, are also available.

An excellent Baileys will have a creamy appearance and scent, and it’s also milky and sweet. You’ll notice a split between the whisky and the cream if you’re sipping a lousy one. The liquid will be black, and coagulation will be imminent. It will be slightly sweeter if you drink it right away, but not as creamy. Slurping Baileys in your mouth will give you how it tastes.

If you’re curious about the flavor of Baileys, the easiest way to find out is to try it. Because your taste receptors are so good at detecting food and drinks, discarding the liquor if it starts to taste off. Because it isn’t spoiled, you don’t have to throw it away; you can keep it for a long time. However, you should be mindful that it may have lost its flavor or texture after two years.

Because it contains cream, Baileys has a rich and sweet flavor. The flavor of Baileys is sugary and milky, with hints of chocolate and vanilla and an aftertaste reminiscent of the fruitiness of Irish whiskey. It also has a vanilla and chocolate flavor, making it an excellent complement to sweet dishes. Lastly, it has a slightly fruity flavor and an alcohol kick due to Irish whiskey in Baileys.

It can be consumed plain, combined with other beverages, or desserts. Baileys is a decently priced liqueur, with average bottles costing between $20 and $25. You’ll probably want a lot more after the first sip. People are addicted to Baileys’ creamy, chocolatey richness, which tastes like chocolate milkshakes with booze. Aside from the vanilla and chocolate flavors, there’s a sense of fruitiness in the Irish whiskey. The scent is irresistible. You’ll get a whiff of extra chocolate and cream if you add a splash of Baileys Irish Cream, almost like you’re sipping hot chocolate.

If you like cream liqueurs but are tired of drinking Baileys, try one of these beautiful brands instead:

At 17 percent alcohol by volume (ABV), Baileys is considered a drink of moderate potency (alcohol by volume). The average alcohol level of familiar spirits such as vodka and whiskey is 40 percent, but the average alcohol content of wine is approximately 12 percent. Because of the low amount of alcohol it contains, Baileys can be enjoyed neat and in large quantities without causing intoxication.

How Much Does Baileys Cost?

The price of a bottle of Baileys is somewhere in the low to middle range, and the price range for a 750-milliliter bottle is between $20 and $25. Grab a Baileys bottle if you seek a liqueur that won’t break the bank but still has an exquisite flavor and is prepared with ingredients of the highest quality.

The wonderful thing about Baileys is that it won’t drain your bank account completely when you purchase it. You can purchase a large bottle for only twenty dollars. Because it is produced in Ireland using genuine cream and cocoa of the highest quality, we consider Baileys an excellent buy for the money. Cheaper liqueurs frequently make do with low-quality ingredients and alternatives for cream.

Which Baileys Cocktails are the Best?

The following are some of our favorite cocktails made with Baileys; they are wonderfully delicious, but they are also great for getting the party started.

Whisk together the vodka, Baileys, and creme de cacao. Pour it into a glass after shaking it up. If you dare, add some chocolate syrup!

Combine Baileys, black espresso, vodka, and caramel spirit in a mixing glass. Crumble some cookies and sprinkle them on top!

Blend the milk, chocolate, and cocoa powder together. Heat it up, then finish with some Baileys!

Combine Baileys, coffee, and ice cream in a shaker. Make it even better by adding chocolate syrup!

Combine Baileys and coffee. Add a mountain of whipped cream and sugar!

How do you Take your Baileys?

It’s incredible how many different ways you can use Baileys! You can enjoy it neat, in a cocktail, with coffee, or even on ice cream to get creative! It is recommended to be consumed while cold, but the beverage’s temperature is ultimately up to you!

You can try Baileys in a cup of hot chocolate, add it to cold brew coffee, or use it topping on ice cream if hot coffee isn’t your thing. Most people drink Baileys in hot coffee, but if that’s not your thing, try it in a cup of hot chocolate. Additionally, Guinness, Earl Grey tea, and even tequila are excellent complements to the flavor of Baileys. 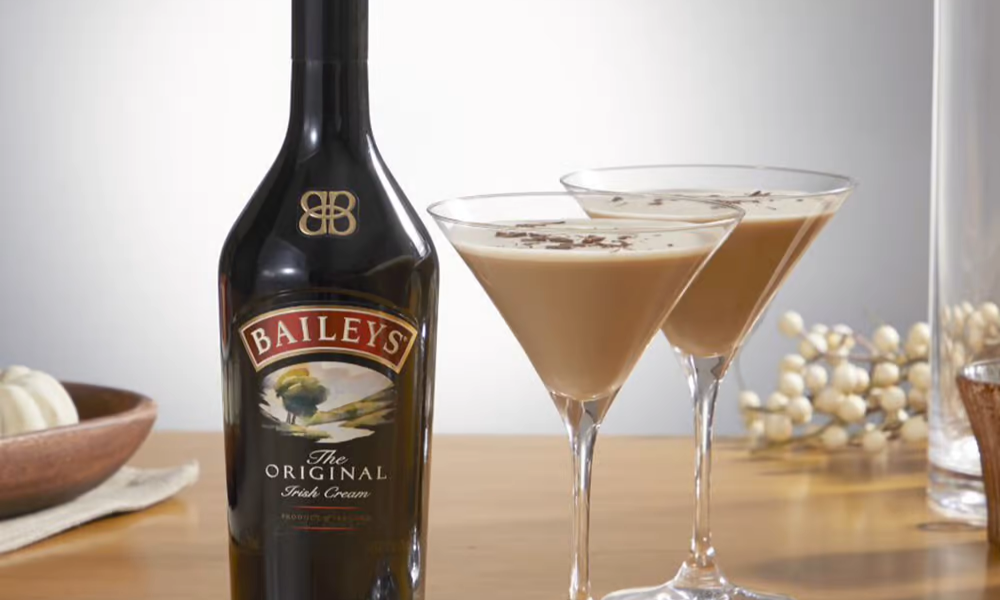 How Should Baileys be Stored?

If you put an unopened bottle of Baileys in the refrigerator or a cupboard, you can keep it there for up to two years. A temperature range of between 0 and 26 degrees Celsius (36 and 80 degrees Fahrenheit) is recommended for storing Baileys.

Fortunately, a bottle of Baileys does not require a lot of space in your liquor cabinet. You can store it in the refrigerator or the cabinet; it depends on your preference! After the bottle of Baileys has been opened, the alcoholic beverage should be consumed within two years. This beverage will eventually become spoiled due to the inclusion of cream. Because of the incredible flavor of this liqueur, if it takes you more than two years to finish a bottle of Baileys, you probably need some assistance.

Is Baileys Unhealthy for you?

We’re sorry to be the ones to break it to you, but drinking excessive amounts of alcohol is bad for your health. Given that cream is one of its primary constituents, Baileys is likely heavier in fat and sugar than other spirits.

If you’re trying to lose weight or reduce your sugar intake, limit your intake of Baileys! One serving of Baileys Irish Cream, which is 100 milliliters, has the following ingredients:

Why is Baileys so Well-Liked?

The flavor of Baileys is described as being comparable to that of a chocolate milkshake that has been spiked with alcohol, and this description helps explain why Baileys is so popular. Additionally, the beverage is quite adaptable in that it can be consumed on its own, combined with coffee, or even mixed into sweets. It is also reasonably priced at around $20 per bottle.

The immense popularity of Baileys can be attributed to the fact that the legendary Irish drink has a delicious flavor (who doesn’t love a creamy sweet chocolate drink? ), can be purchased for a low price, and is versatile enough to be added to desserts, consumed straight, or even mixed into one’s morning coffee.

The liqueur known as Baileys has an exceptionally luxurious and sugary flavor. It has a robust and creamy flavor, and you can pick up notes of chocolate and vanilla in there as well. Because it is made using Irish whiskey, the beverage has a hint of fruitiness and a blast of alcohol. This well-known Irish beverage tastes best when served chilled, but it can also be enjoyed neat, with ice cream, or even mixed into coffee.

The original flavor of Baileys was a caramel flavor. Then, a bartender named David Gluckman devised the recipe for a beverage with a flavor that was just a little bit unusual. Later, the brand was named after an Irish restaurant in Dublin, which sent it to the top of the global popularity rankings as the most popular Irish cream globally. It is essential to practice responsible drinking when consuming any type of alcoholic beverage. The high alcohol level of Baileys may result in unfavorable impacts on one’s health.