Many people wonder, “What does ginseng taste like?” because the plant is notoriously harsh. The flavor lingers in the mouth after consuming it, but it is hard to mask. In a recent study, a group of participants evaluated the flavor of white ginseng using a sophisticated taste-sensing system. They analyzed its aftertaste, richness, saltiness, and sourness. 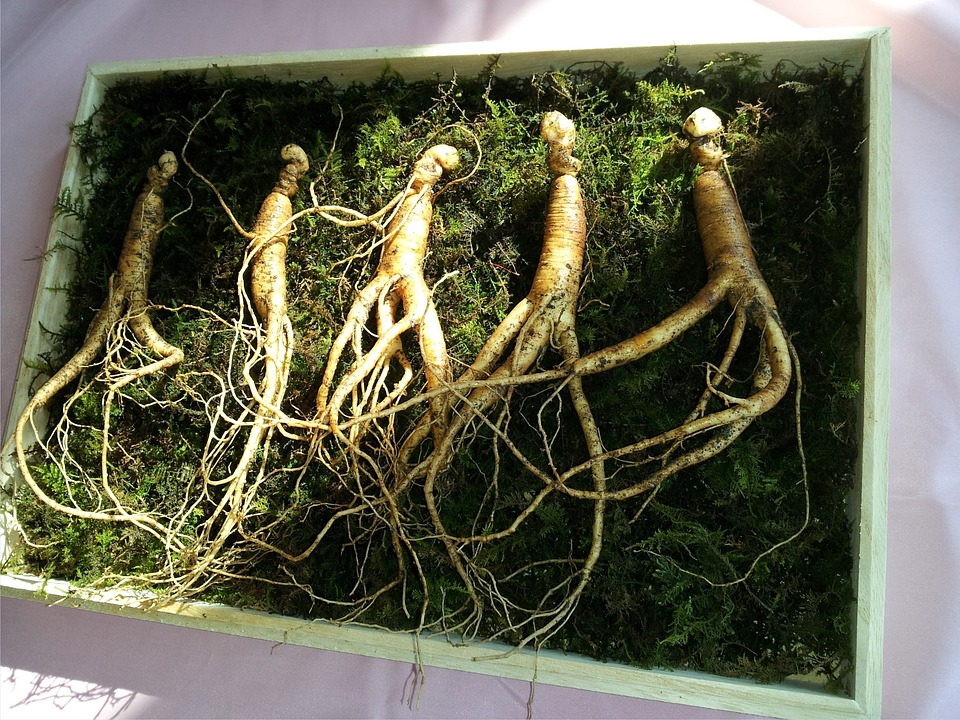 Researchers at the University of Illinois concluded that panelists rated ginseng-containing drinks as highly bitter. The taste of ginseng was reduced by half when the compounds that produce its bitter flavor were captured by hydrophobic compounds known as cyclodextrins. The researchers also looked at the bitterness of ginseng in drinks and found that ginseng has the lowest bitterness of all herbs studied. In addition, the herb can help people reduce stress by boosting their immune systems.

Ginseng is a slow-growing perennial plant belonging to the Panax genus in the Araliaceae family. Ginnsuu is another name for the plant used in several parts of China and Asia.

In China, Korea, and Japan, the root of Asian ginseng (Panax ginseng), which is native to Manchuria and Korea, has long been used as a medication and is processed into a stimulating tea.

Ginseng is a perennial herb with a robust taproot. In the fall, the plants die back and emerge from the root system in the spring. Depending on the species, the leaves are palmately compound with 3–5 leaflets with whole, toothed, or lobed margins. A solitary umbel (a flat-topped cluster of flowers) with bisexual and male flowers makes up the inflorescence. A drupe is the type of fruit.

Ginseng root has a harsh, earthy flavor with a hint of sweetness (also like carrots). On the other hand, bitterness is the most prominent flavor in ginseng.
Ginseng in its raw form is stiff, fibrous, and woody.
Ginseng can also be dried, which gives it a chewy texture if it’s still moist, while excessively dried ginseng is very tough.

However, the bitterness of ginseng is often the reason why people avoid it. While it is often marketed as a healthy supplement for energy drinks, some consumers have difficulty digesting its taste, making it unattractive.

What Are The Health Benefits Of Ginseng?

Fortunately, scientists have found a way to mask the flavor of ginseng, so that consumers can get the benefits that ginseng provides. The study also found that a bitter ginseng extract may enhance the quality of energy drinks.

Ginseng can boost a person’s mental and physical activity, so it’s ideal for those who are frequently exhausted and weak.

It can also help a person’s cognitive skills and cognition. Studies have shown it to improve working memory and mood in both middle-aged adults and young people.

Ginseng can be a safe and efficient natural therapy for reducing the risk of cold and flu infection.

Ginseng is also an anti-diabetic herb. One previous animal study discovered that ginseng extract helped to weight loss and lower blood sugar levels in mice with type 2 diabetes. Ginseng has also been discovered to improve the insulin sensitivity of healthy people.

Ginseng and Ginkgo Biloba, when taken together, can aid people with ADHD.

Ginseng can also help protect the heart while promoting healthy cholesterol levels. Several studies have found that ingesting ginseng in low dosages can raise blood pressure. When consumed in higher doses, however, the consequences are the opposite.

According to studies, ginseng has an essential function in cancer prevention and can also be used to cure DNA damage. Ginseng has been linked to various cancers, including melanoma, leukemia, hepatitis, kidney, prostate, ovary, and lung cancer, according to many studies.

Ginseng can be used to treat erectile dysfunction in men.
The benefits of red ginseng on erectile dysfunction were studied by Trusted Source. The study found that the number of trials, total sample size, and experimental method quality were insufficient to show continuous therapeutic effect.

According to preliminary research, taking a product containing American ginseng, black cohosh, dong Quai, milk thistle, red clover, and vitex agnus-castus (Phyto-Female Complex, SupHerb, Netanya, Israel) twice daily for three months reduces menopausal symptoms such as hot flashes, night sweats, and sleep quality. It’s unclear whether the effects are due to the American ginseng or the other substances in the product.

According to a preliminary study, American ginseng may help with some mental symptoms associated with schizophrenia. The patient’s ability to store visual information in short-term memory improves after taking 100 mg of a specific American ginseng extract called HT1001 (Afexa Life Sciences, Canada) twice daily. This treatment may also help alleviate some of the physical adverse effects of antipsychotic medications.

What Is The Best Way To Take Ginseng?

What Are The Side Effects Of Ginseng?

Ginseng is widely used and even found in beverages, giving the impression that it is entirely harmless. It can, however, have side effects, just like any other herbal supplement or drug.

The following are some of the more commonly reported adverse effects:

What Additional Medications Will Have An Effect On Ginseng?

Other pharmaceuticals, such as prescription and over-the-counter medications, vitamins, and herbal supplements, may interact with ginseng. Tell each of your healthcare providers about all of the medications you’re taking currently and any that you start or stop taking.

If you are using any of the following drugs, consult your doctor before taking ginseng:

What Is The Best Way To Preserve Ginseng?

In a dry, dark place, dried ginseng (in root or powder form) should be stored in an airtight container, such as a plastic bag or glass jar. Dried ginseng should last 5 years if properly preserved. Fresh ginseng can be kept for a few weeks in the refrigerator. It can be stored in liquid form (like tea) for up to a year at temperatures below 37°F. It can be frozen in any form, save liquid extract, in an airtight container. 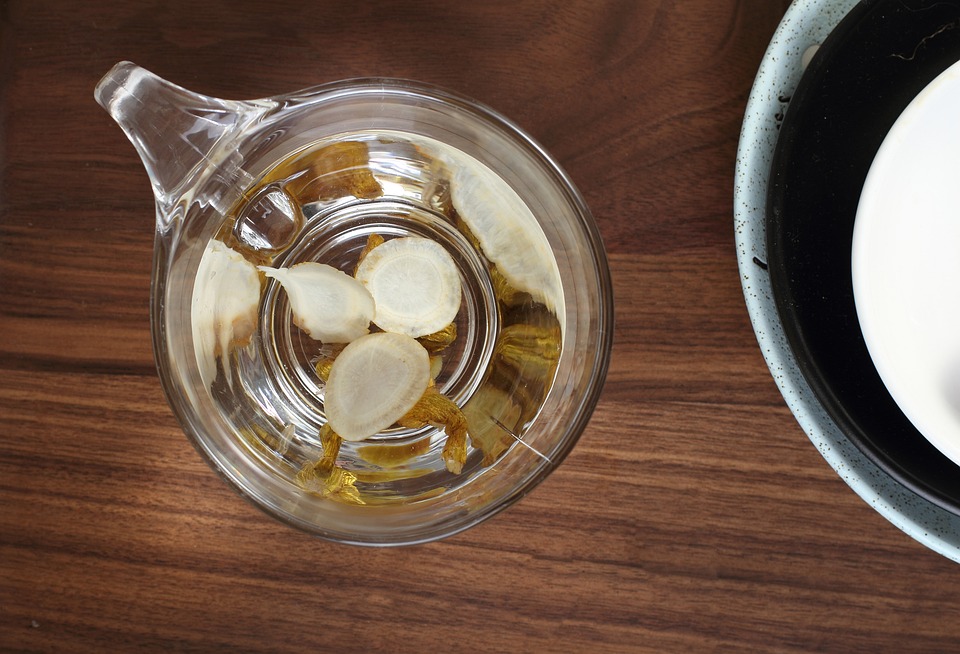 How To Include Ginseng In Food?

While ginseng can be bitter, it can be used in beverages to enhance the benefits of the product. It is a widely used ingredient in energy drinks, but its bitter taste can turn off some consumers. It is best incorporated into drinks and supplements to maximize their nutritional value and promote healthy living. Soups and teas are the most typical uses for entire ginseng root, ginseng tea cut, and ginseng slices.
Wisconsin ginseng is probably best known for its use in ginseng tea. The ginseng tea can be brewed from the whole root, slices, ginseng tea cut, or tea bags.

A study in the Journal of Food Science and Technology reported that ginseng extracts are considered a healthy ingredient for energy drinks. Although its bitter taste may put some consumers off, many have found it to be a beneficial ingredient.

While it is not recommended for vegetarians and vegans, ginseng is generally safe to consume. It can be added to foods that contain meat, milk, and eggs; however, if you’re vegan or a vegetarian, it’s important to know that ginseng is a root that grows in the ground. If you’re not vegetarian or vegan, you’re unlikely to have any problems consuming ginseng.