Milk is that important kitchen ingredient that everyone keeps in a carton or two in the fridge. This kitchen staple is very affordable and can easily be gotten at any grocery store.

We often see milk listed as an ingredient in most baking recipes; in ice cream recipes, even your regular cup of coffee wouldn’t taste great without milk. Yes, milk is an essential kitchen ingredient, but sometimes we overlook the importance of always having milk stocked in our kitchens.

For instance, you are making a delicious recipe that calls for milk, you reach for your refrigerator, but you can’t find any carton of milk; I know this feeling would be devastating, but what if you had another ingredient you could easily swap for milk?

Having a good milk substitute can save the day for sure, so in this article, I will be discussing the best milk substitutes you can get when you run out of milk. 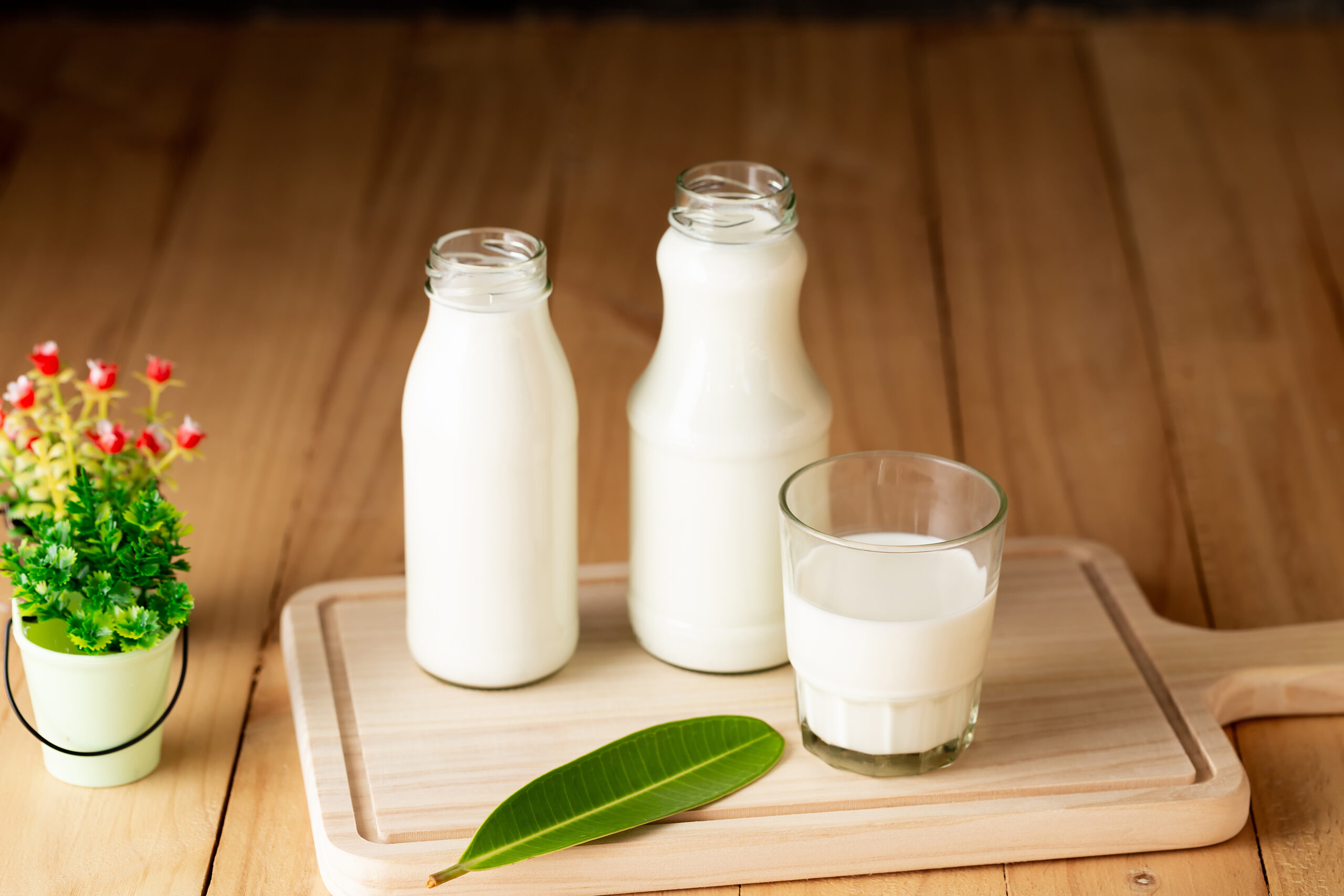 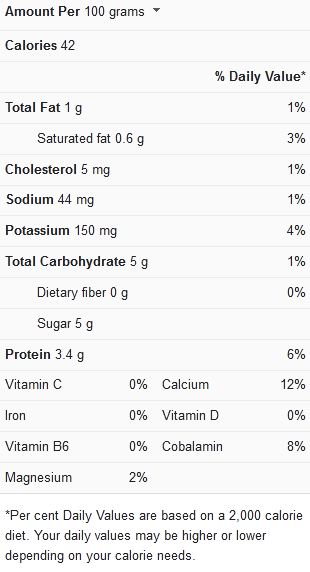 The textbook definition of milk would be “a nutritious liquid food produced by the mammary glands of mammals”. This liquid food is usually produced immediately after the birth of a young one, and it serves as a source of nutrition for the young mammal.

However, the milk we see on the shelves of grocery stores has undergone a fair amount of processing in milk processing plants.

The milk is collected from dairy farms and sent to these milk processing plants where it is pasteurized and homogenized. The pasteurization process eradicates pathogens and other enzymes that contribute to the spoilage of milk, while the homogenization process gives milk its smooth consistency.

The first consumption of animal milk by humans dates back to around 9000 – 7000 BC during the Neolithic Revolution.

Uses of Milk in Recipe

Milk is a very popular cooking ingredient, it is mainly used to improve the texture and flavor of dishes, it also improves the nutritional value of diets, and yes, you can use a splash of milk alongside starch to thicken a watery dish, there’s a lot you can do with milk, maybe this is why it is always present in several recipes.

Milk has a creamy and soothing texture mainly because of the homogenization process, and this also adds a rich sweet flavor to dishes.

Below are some recipes that call for the addition of milk;

Because milk is always available we don’t usually pay much attention to it until it is needed in a recipe. Well, sometimes we may get a rude awakening when we realize we are all out of milk. Just imagine the frustration of being halfway through a recipe only to realize you don’t have milk.

At this point it is already too late to rush to the grocery store, so the next best option would be to use a milk substitute in your recipe, luckily there are lots of items that can substitute milk in different recipes.

If you are lactose intolerant, vegan, or if you simply abstain from dairy products, then you would also need a substitute for milk

There are different substitutes for milk, so be sure to pick the one that best suits your recipe. 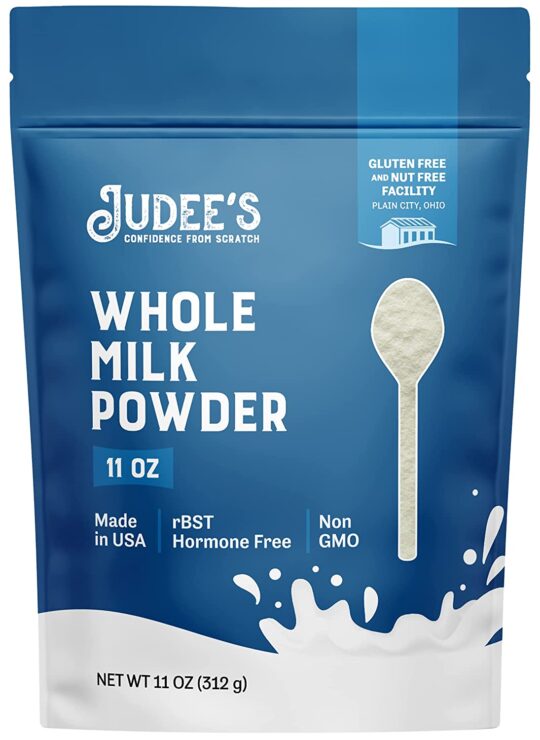 Powdered milk can be used to substitute regular milk when you run low on supplies. This is just milk with very low moisture, it is dry and flaky and the best part is it has a longer shelf life than your regular liquid milk, which means you don’t necessarily need to refrigerate it.

Milk powder is great when working with a recipe that calls for a thicker consistency of milk, you can finely mix it with water until you reach the desired consistency.

Just like cow’s milk, soy milk is also highly nutritional so it makes for a very healthy substitute for milk. It is a non-dairy product so people who are lactose intolerant can breathe a sigh of relief.

Soy milk has a mild creamy flavor and a velvety texture that can mimic the texture of your regular milk.

When substituting soy milk for milk, use it as a direct swap; that is a one-to-one ratio anywhere the recipe calls for milk. 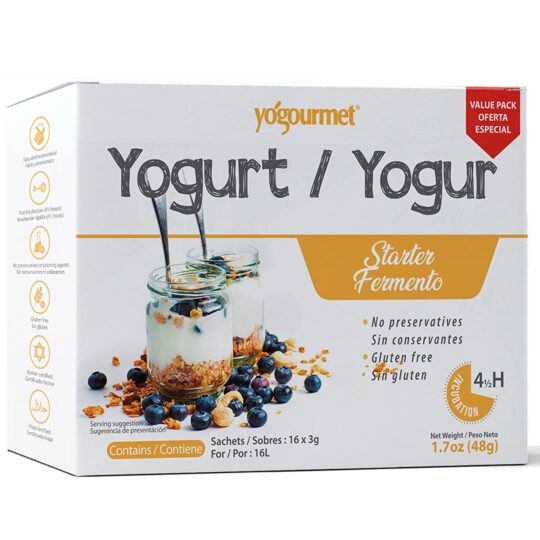 You can substitute milk with yogurt, and the best yogurt for this task is plain yogurt.

Plain yogurt can substitute milk in both sweet and savory dishes, it has a thicker consistency when compared with milk, this will yield a creamier result. I like to add some plain yogurt to a coffee because of the extra creamy texture it gives.

You can use one cup of plain unsweetened yogurt to substitute one cup of milk in your recipes.

Is there another non-dairy alternative for milk?

Almond milk, coconut milk, oat milk, are all healthy non-dairy milk alternatives, you can even go as far as making use of rice milk. They all have mild flavors that would leave you wanting more.

What nutrients can be found in milk?

Calories, protein, fat, calcium, vitamin D, Vitamin B12, and riboflavin (B2) can all be found in milk, it also contains potassium, selenium, and phosphorus making it a powerhouse of nutrients.

I’m on a ketogenic diet, which milk is Leto-friendly?

The most commonly used milk in Keto is almond milk, you can also use coconut milk, but when using coconut milk make sure you go for the brands that are low carb because some brands contain up to 5% net carb per cup.

Milk is a staple in the culinary world. You would rarely see a baking recipe without milk, even in other savory dishes milk continues to play a vital role, so you should always stock up on milk whenever you get the chance.

If for any reason you would want to replace milk in a recipe, there are loads of alternatives for the creamy white substance in any recipe.