Why Mexican Coke tastes better is more complex than you might think. Many assume that the sweetness difference is caused by the higher fructose corn syrup content, which is present in Mexican Coke. It might be true, but there are other explanations for the flavor differences. If you’re not a fan of sugary drinks, you may not even notice them. 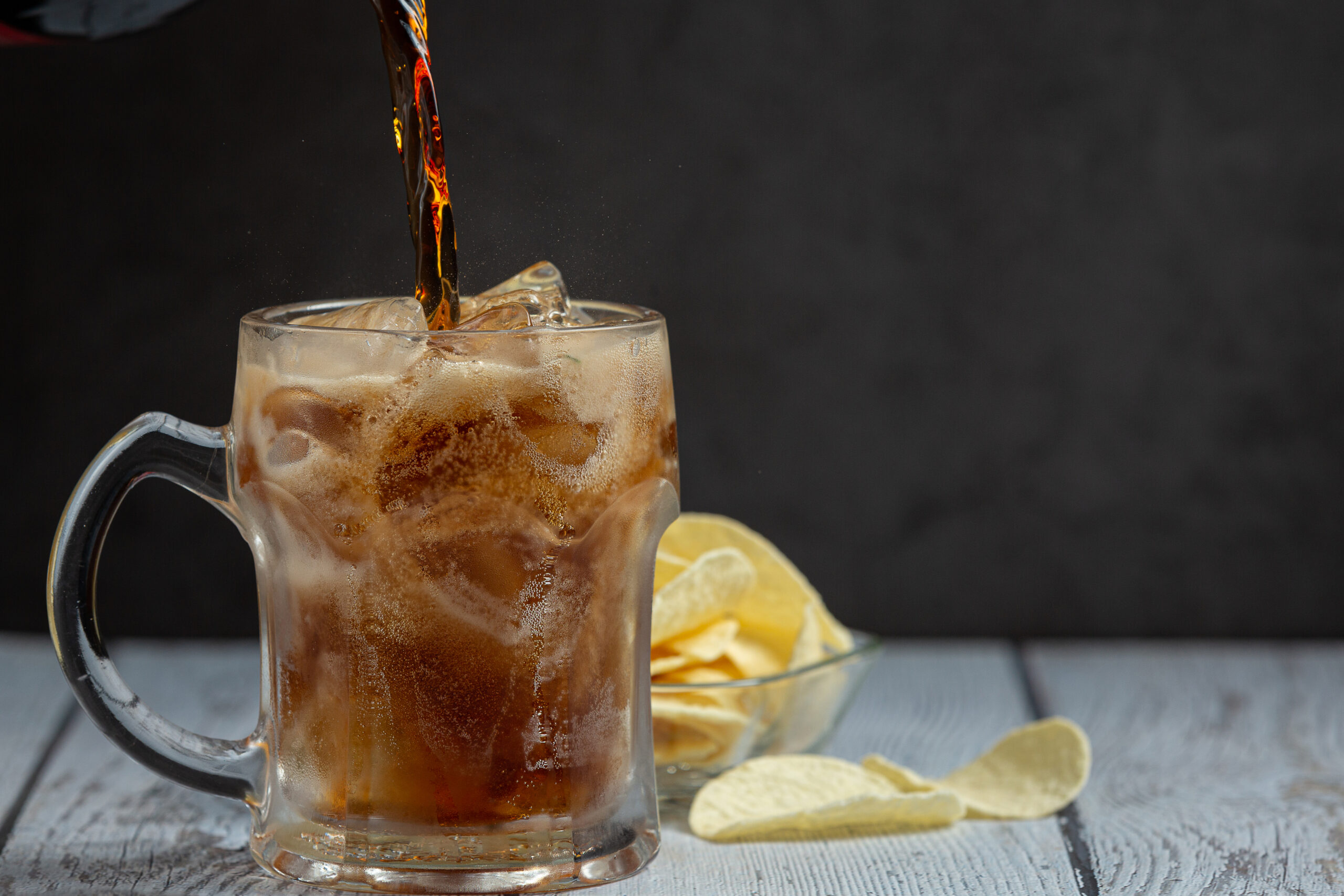 One theory is that the sweetness of Mexican Coke is more intense because it is made with cane sugar instead of corn syrup. This is because the drink is packaged in glass bottles. The nostalgia factor is also another reason for people to prefer Mexican Coke. The sugar content is similar, but the flavor is stronger, and the bottle is more beautiful. But why does Mexican Coke taste better? Let’s look at each.

What is a Mexican Coke?

It is made in Mexico and then shipped to the United States, earning it the nickname ‘Mexicoke.’ Mexican Coca-Cola has grown in popularity in the United States due to its distinct flavor, which many regards as superior to that of American Coke. The Coca-Cola Company first imported the Mexican-produced version into the United States to market it to Mexican immigrants who grew up drinking it.

Mexican coke’s popularity rose among non-Latinos when it was originally marketed at grocers to appeal to Latinos, then larger retailers like Costco pushed it mainstream after stocking it. It is currently widely accessible in most supermarkets across the United States. Coca-Cola employs 3,600 people in the United Kingdom in production plants, offices, and depots to make the most popular coke. Mexican Coke isn’t offered in large supermarkets in the UK. However, it may be purchased online via specialty American confectionery companies like American Fizz and Amazon.

Why does Mexican Coke Taste Better?

Is Mexican Coke Really Different from Coke Made in the United States?

Many consumers believe that Mexican Coke tastes better than Coke made in the United States using high fructose corn syrup, and they are ready to pay a higher price for a superior product. This loyal group of Coca-Cola drinkers is more than willing to pay the extra price for Mexican Coca-Cola purchased on this side of the border.

Taste tests yield a mixed bag of findings. Some tasters thought Mexican Coke had a more nuanced flavor and a spicy herbal undertone. In contrast, others thought it tasted like sarsaparilla or old-fashioned root beer in blind tasting testing. According to some soda users, Mexican Coke is crisper and has more fizz, and this could be due to the various container types. Participants in Coca-Cola-sponsored taste tests, on the other hand, reported finding no discernible change in flavor between the two beverages.

1. Mexican Coke contains 10 more calories (150 vs. 140) than regular Coke, making it more likely to contribute to a North Pole-sized waistline.

2. Aluminum cans absorb minute quantities of flavor, while plastic bottles contaminate the soda with extremely small levels of acetaldehyde, the dangerous relative, according to Popular Science. As a result, Mexican Coke doesn’t have to be concerned about such things.

3. Despite designating sugar as the principal sweetener, research by the fatties at the North American Association for the Study of Obesity discovered that Mexican Coke had the same sucrose levels as plastic bottled and fountain drink versions. However, it was shown to have a lower fructose-to-glucose ratio, making it less likely to cause weight gain and high blood pressure.

4. In his novel 1984, George Orwell stated, “If you want to preserve a secret, you must keep it from yourself.” That was also the year Coca-Cola switched to high fructose corn syrup, released New Coke (a distraction, according to conspiracy theories), launched their denial of the flavor discrepancy, and began concealing tiny video cameras in their bottle caps.

5. Mr. Coca-official Cola’s party line is that there is no discernible flavor difference between Mexican and American Coke and that “it’s the genuine thing” wherever it comes from!

6. Mexican Coke is a far better musician than its American cousin.

7. Momofuku’s ramen-slinging NYC ramen-slingers received backlash on Twitter for selling the South-of-the-border cola for $5 a bottle, which they defended by claiming import prices and hipster taxes.

8. Old Navy allegedly offers Mexican Coke at some of their stores, along with old Coke tee-shirts that Mom thinks would look fantastic on you, proving they’re also on the edge of breaking trends that have nothing to do with cargo shorts.

9. Mexican Coke’s extra-deliciousness leads to an abnormally high consumption rate among our southern neighbors, with each individual ingesting 675 servings of cola every year, compared to 394 in the United States.

10. It’s the only beverage that Black Dynamite endorses.

11. You won’t find a nutritional information label on a Mexican Coke in Mexico, where it’s known as “non-American Coke”; they are added when the bottles arrive in the United States. However, they should consider it: they recently surpassed us as the most obese country in the Western world!

12. There’s a reason why Mexico still utilizes simple sugar: the country produces twice as much sugarcane as the US.

13. When questioned by TMZ’s sole courteous cameraman, Vincente Fox ascribed the superior flavor of his country’s cola to the Mexican workers’ hearts.

The sweetener is the key variation between the two products’ constituents. Coca-Cola gives independent local bottlers some flexibility regarding the sweeteners they employ, as long as the remainder of the recipe is followed. Cane sugar is used to sweeten Mexican Coke. In contrast, high fructose corn syrup is used to sweeten the version marketed in the United States.

Regarding calorie composition, both sweeteners have the same amount of calories per gram, and contrary to popular belief, cane sugar is not always healthier than high-fructose corn syrup. When it comes to flavor, many Coke consumers say cane sugar has a more natural sugar taste than high fructose corn syrup, which, because of the extra processing, can taste more unnatural and chemical-like.

Arca Continental SAB, the Mexican Coca-Cola bottler, announced in 2013 that it was considering switching to high fructose corn syrup to save money. This was in reaction to a charge of 8 cents per liter on all soft drinks imposed by the Mexican government to reduce soft drink consumption. Mexicans consume more Coca-Cola products than anybody else on the planet. The fury exhibited by Coke aficionados was enough to persuade the corporation to reconsider its plan. 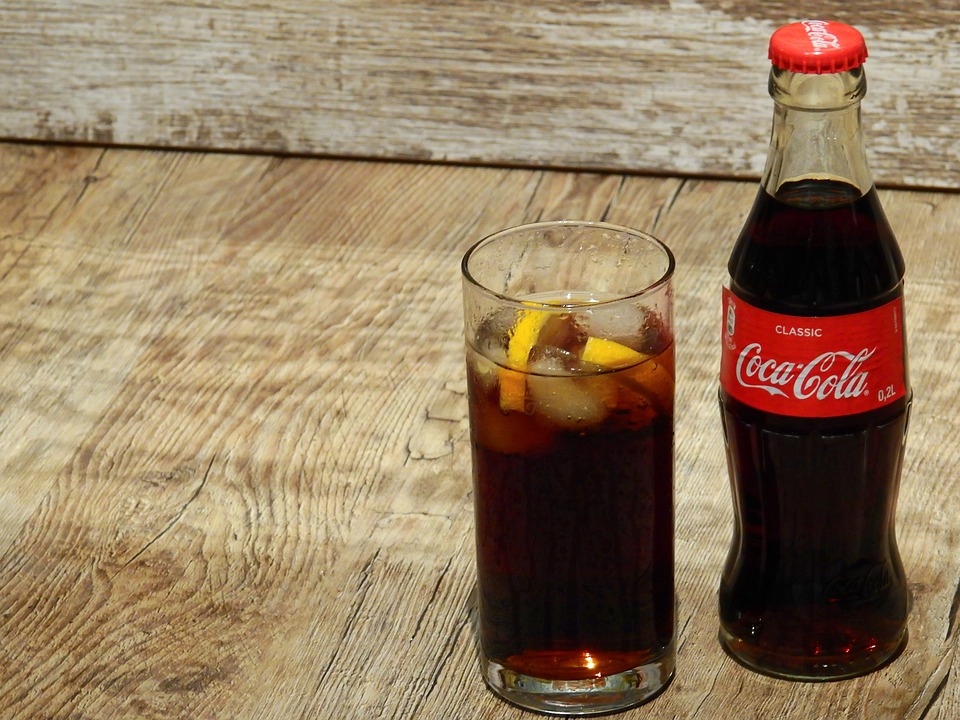 Coke from Mexico: is it Better or Just More Expensive?

According to the story, the Mexican bottler chose to convert to corn syrup as a cost-cutting measure, and “fanatics of Mexico” were angry. This public response indicates considerable agreement between the two goods (Mexican and American Coke). Reading this tale made me consider the different ramifications it had for Coca-marketers. Cola’s

If you’ve been living in North America and haven’t heard about the “Mexican Coke” craze, it’s conceivable you’ve been paying attention to the wrong things. Mexican Coke has become a fashionable drink, available at high-end cafés and bistros and costing significantly more than regular Coke. The explanation for this appears to be because conventional coke is sweetened with high-fructose corn syrup, whereas this is sweetened with sugar cane, which is a better option. Fans argue that there is a discernible change in flavor, although Coca-Cola representatives dispute it.

This has ramifications for big businesses like Coca-Cola, implying that outsourcing production might lead to issues like non-homogeneous goods. While this has been beneficial to “Mexican Coke,” it may not benefit less popular coke varieties. However, from a marketing perspective, it provides a distinct point of differentiation that can be communicated to customers outside of Mexico.

While Mexican Coke is not available in the United States, it’s widely available in other countries. The difference in sugar isn’t as big as it appears on the outside, but it does matter a lot in terms of health. For example, Mexican Coke is made from cane sugar, which tastes better than American-style soda. In addition, the Mexican version is made in a glass bottle, making it more appealing to most people.