This is the best Instant Pot method for cooking frozen chicken breasts! We rarely thaw frozen chicken before cooking it because it is so simple and delicious. Seasonings, sauces, broth, water, salt, and pepper are always delicious.

You’re lucky if you’re wondering how to cook frozen chicken breasts in an Instant Pot or pressure cooker because you’ll never be stuck at 5:00 p.m. with nothing to eat! 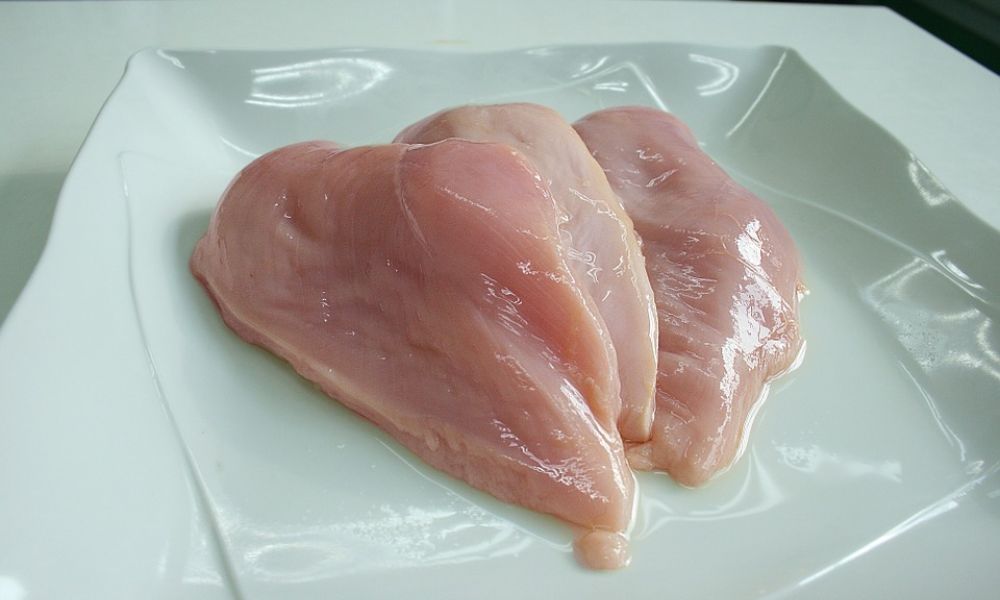 Even the most organized person can fail to plan ahead of time. If you need to get dinner on the table quickly but forgot to take your chicken out of the freezer, your Instant Pot will come in handy.

Because pressure cooking cooks foods quickly, you can safely cook frozen meat in an Instant Pot. Unlike a slow cooker, which may allow frozen food to remain in a dangerous temperature range for an extended period, the Instant Pot can quickly bring frozen food to a safe temperature.

Is it Possible to Cook Frozen Chicken Breast in an Instant Pot?

Absolutely! THAWING IS NOT REQUIRED. You can use the quick or natural release functions when cooking meat in your Instant Pot. When cooking a tougher cut of meat, I prefer to use the natural release (How to Identify Tough and Tender Cuts of Meat.) If you’re pressed for time, the quick release method will still result in a tender dish.

You won’t believe how moist and delicious frozen chicken becomes when cooked in your Instant Pot!

You can stock up on chicken breasts when they are on sale and freeze them for later if you know how to cook frozen chicken in an Instant Pot. When you’re ready, cook the chicken from frozen without first defrosting it, and it’s so quick and simple!

One of my favorite foods to meal prep for the week is Instant Pot chicken breasts. In my Instant Pot, we make a batch of chicken breasts for quick lunches and dinners throughout the week. When I’m pressed for time, this allows me to prepare nutritious meals.

Check that your chicken breasts are not frozen in a single mass. If they are not, they will not cook evenly, resulting in overcooked edges and raw chicken in the center. To separate frozen chicken breasts, please place them in cool water until the chicken is thawed enough to separate the individual breasts. I always try to freeze my chicken breasts flat in a zip-top bag, so they don’t stick together as they freeze.

The Instant Pot will beep several times when the cooking time is up. Leave the Instant Pot alone for 10 minutes to allow the pressure to release naturally. When the display reads L0:10, the cook cycle has been running for 10 minutes. To release any remaining steam and pressure, carefully turn the steam release valve to the venting position. After ensuring that the float valve (pin) has dropped, carefully open the Instant Pot lid.

Check the internal temperature of the chicken with an instant-read thermometer to ensure it is at least 165 degrees F. If it isn’t, continue reading: What to do if the chicken is raw.

Allow 5 minutes for the chicken to rest before slicing or shredding. The resting time allows the juices to redistribute throughout the chicken, keeping it moist.

Size does Matter in Pressure Cooking

When you double a recipe in the Instant Pot, people frequently ask if you have to double the cooking time. No, it does not.

The size of each chicken breast, however, does matter. Larger chicken breasts will need more cooking time than smaller ones because thicker pieces take longer to cook through.

How Long should Frozen Chicken be Cooked in the Instant Pot?

The Instant Pot will take longer to reach pressure when cooking frozen foods than non-frozen foods. It takes longer to heat up and pressurize the pot when the contents are cold (as with frozen chicken). As a result, frozen chicken receives a few extra minutes of cooking time while the pot comes under pressure.

Allow the pressure to naturally release for 10 minutes after the cooking time has ended. During this time, the chicken will continue to cook.

What should you do if your Chicken is Uncooked?

If the temperature of your chicken is less than 165 degrees F after cooking, cook it for another 1-2 minutes at high pressure. Because it is already hot, the Instant Pot will come to pressure much faster the second time. Before proceeding, close the lid and turn the steam release valve to the sealing position.

In the Instant Pot, How do you Cook Fresh Chicken Breasts?

To do a quick pressure release, as soon as the cooking time is up, carefully turn the steam release valve to the venting position with the handle of a long spoon. Open the Instant Pot lid when the steam stops and the float valve drops. Check the chicken with an instant-read thermometer to ensure it has reached a safe temperature of 165°F.

Here are some Instant Pot Tips and Tricks for Cooking Frozen Chicken Breasts:

What should I do if the Chicken in My Instant Pot is Undercooked?

It does happen on occasion. The Instant Pot is essentially a computer, and as a result, it is not perfect. The factors could include altitude, pressure cooker size, and type. The best way to check is to insert an instant-read thermometer or poke the thickest part of the breast with a fork. Cook for 2 minutes more if the juices are pink or the internal temperature is less than 165°F. Because the contents of the Instant Pot are hot, it will come to pressure much faster this time. Also, ensure that the valve is set to Sealing.

Is it Possible to Overcook Frozen Chicken Breast in the Instant Pot?

What’s the Deal with My Tough Instant Pot Chicken Breasts?

There are two possible explanations. They are either overcooked – for example, your chicken breasts are smaller and should have been cooked for a shorter period – or undercooked. It could also be the chicken brand – I buy organic chicken breasts at Costco and have never had a problem with tough meat. I understand it is not in everyone’s budget, so I recommend purchasing fresh meat. I’ve discovered that previously frozen store-bought chicken breasts frequently come out tough.

In less than an hour, you can make homemade wings from frozen. This recipe sounds simple: “Make chicken wings in an electric pressure cooker, such as the Instant Pot, to save time. These are delicious with your favorite barbecue sauce, frozen or thawed.”

“You want to make buffalo chicken dip, but you only have frozen chicken? No need to worry; cook the frozen chicken breasts in a pressure cooker, such as an Instant Pot, for 30 minutes from start to finish, “This recipe asserts.

3. Salsa Chicken in the Instant Pot

“An Instant Pot makes a simple everyday meal even simpler! For a tasty Mexican-themed meal, combine frozen chicken breasts with taco seasoning and salsa “according to this recipe. “we can use the meat in tacos, burrito bowls, or as a topping for baked potatoes. There are so many options!”

4. Chicken with Barbecue Sauce in the Instant Pot

“So simple, and with only one Instant Pot, no dishes! In 30 minutes, you can go from the freezer to the table. Serve with baked beans or your preferred combination “by this recipe.

“Since it was my first time doing frozen chicken in my electric pressure cooker, I was amazed by how well-cooked yet moist the chicken came out,” says one reviewer.

Cooking frozen chicken breasts in the Instant Pot is the simplest way to prepare dinner! This method yields flavorful, juicy, and tender chicken breasts that don’t even need to be thawed. Also great for quickly cooking chicken for another recipe. We hope you enjoyed this article and found it useful when preparing your next frozen chicken breast recipe in the instant pot.