Are you making a recipe that calls for onion but doesn’t have any? Or are you trying to work around an allergy? Like garlic, leeks, shallot, scallion, and chives, the onion is a root vegetable that belongs to the Allium family. It’s commonly used in international cuisines, and it provides a savory flavour to everything from soups to stir-fries. Several different types of onions are commonly used in cooking: yellow onion, white onion, sweet onion, and red onion are the most frequent. 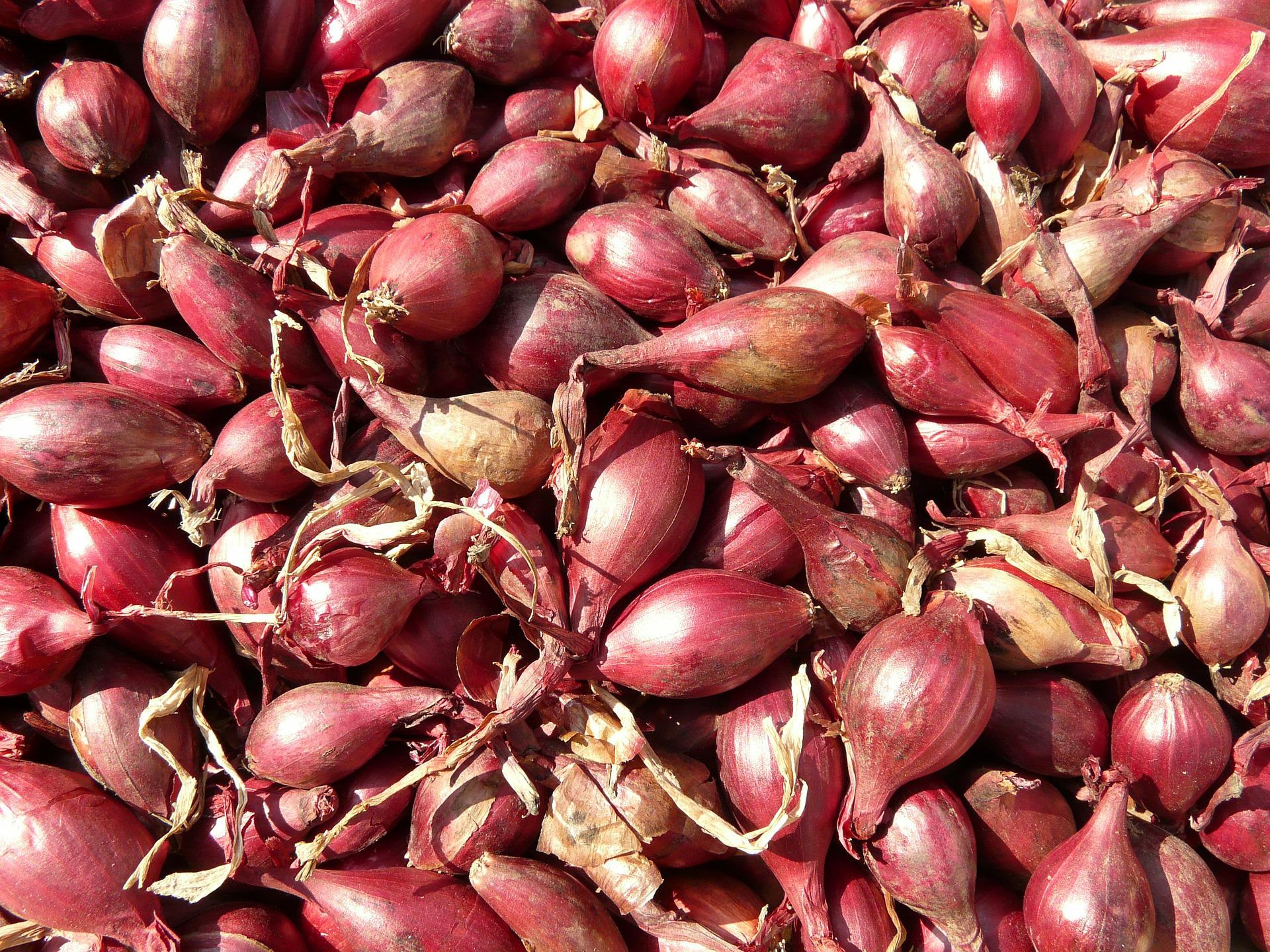 You can use shallots instead of onions if you can’t handle the pungent, acidic scent of onions. Leeks are a close relative of scallions and are a moderate replacement. The flavour of red onions, on the other hand, will overpower any food you prepare with them. Here are some additional amazing onion replacements. A few of our favorites are listed below:

What are Some Substitutes for Onions?

Dehydrated and ground onions are used to make onion powder. It’s used as a seasoning as well as a component in some spice blends. The flavour of onion powder is comparable to that of fresh onions. It is, however, a little bolder, combining salty and sweet flavours.

This powder should be mixed in with the other spices in the meal. Onion powder is used in sauces, dressings, soups, and marinades as a spice and ingredient. If you’re allergic to onions, avoid using onion powder because it contains dried onions. Use one tablespoon of onion powder per medium onion. 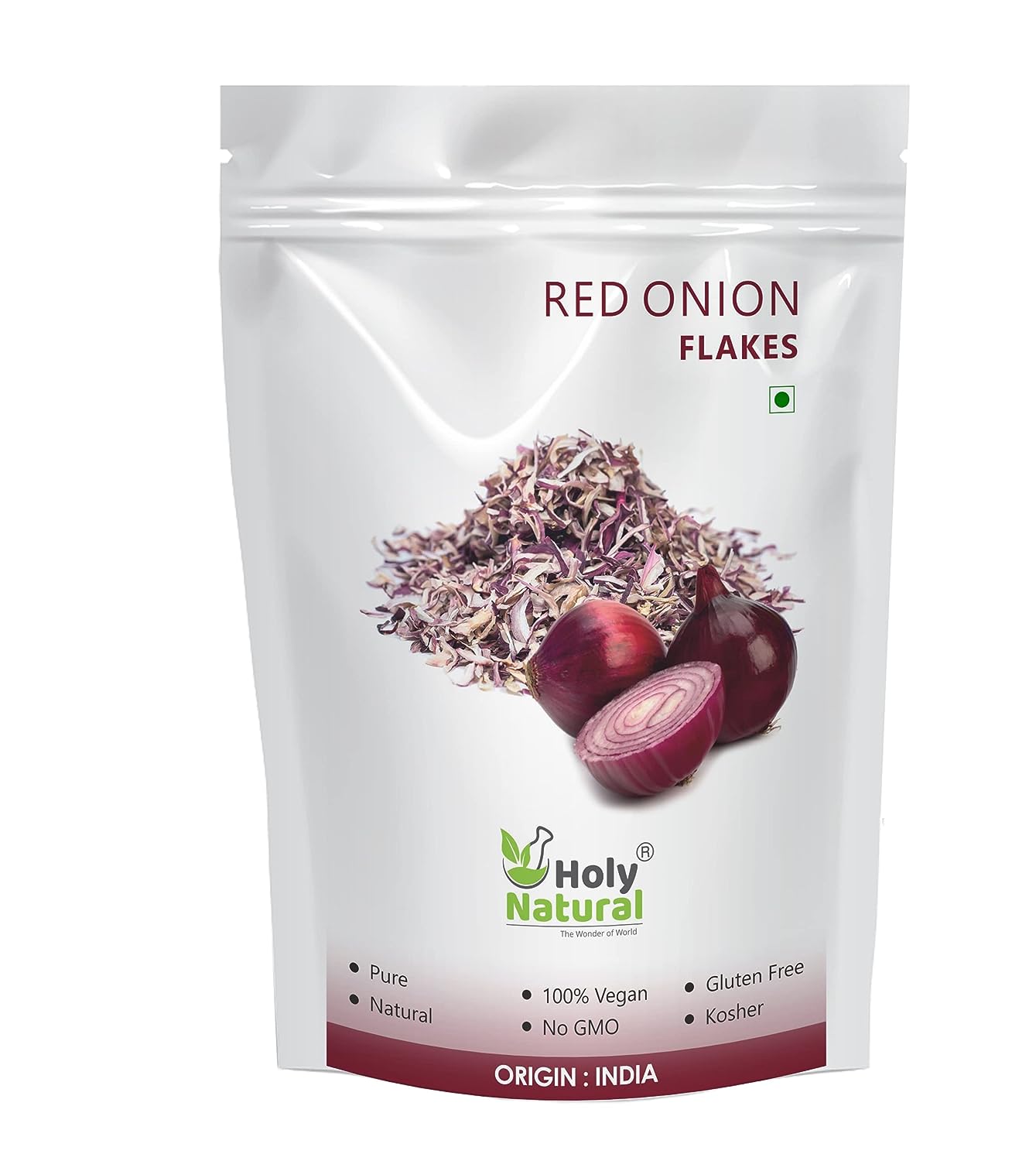 Onion flakes are dehydrated onion chunks that have been diced. In various cuisines, such as stews, soups, salads, casseroles, sauces, and dips, they are used as a substitute for fresh onions.

They don’t have as strong a flavour as onion powder. As a result, you’ll need to add extra to attain the desired flavour. 1 medium onion can be replaced with 3 tablespoons onion flakes.

This salt, which is made up of three parts salt and one part dried and crushed onion, is used in sauces, stews, marinades, stir-fries, salads, and a variety of other meals. Use 2 teaspoons onion salt in place of 1 medium onion, but lower the amount of additional salt in the recipe. 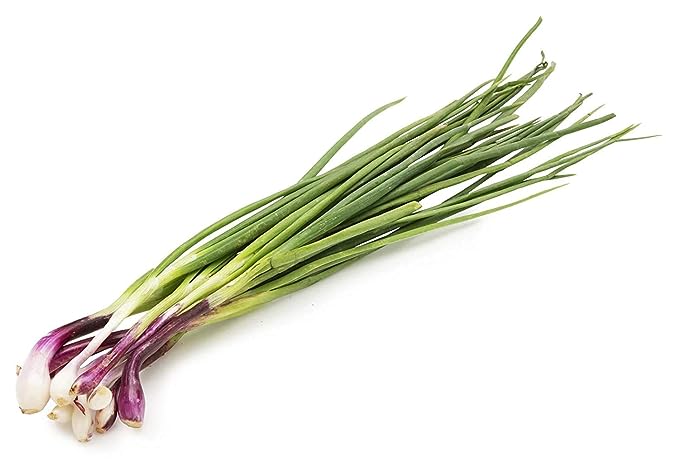 Scallions are onions that have a milder flavour than other onions. Green onions and spring onions are other names for them. You can eat these onions raw or cooked because they are made of white bulbs and green leaves. The leaves have an onion and grassy flavour, while the bulb has a light onion flavour.

Fresh scallions can be used in salads and sauces or cooked in stir-fries, soups, and other dishes. For 1 medium onion use, 3 tablespoons of chopped scallions, but don’t cook them long because they burn very easily. 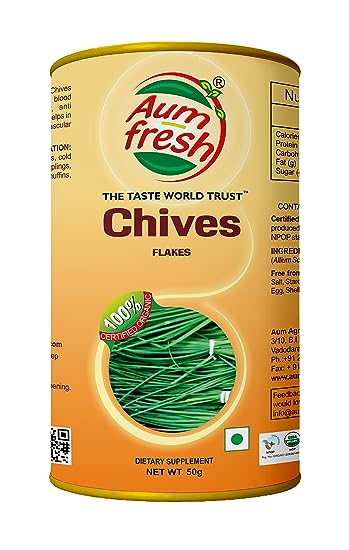 Chives are a mild onion-flavored herb with long green leaves. They have edible blooms and leaves and are linked to onions and garlic. Their blossoms adorn foods and are utilised in soups, salads, potatoes, seafood, and omelettes. For every tablespoon of minced onion, use 3 tablespoons of chives. 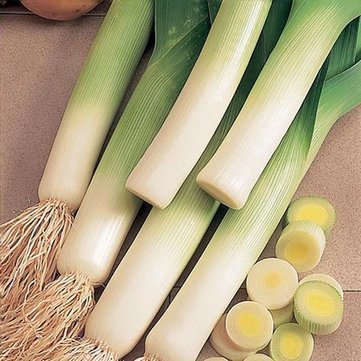 Another onion variety grown in China is the Chinese onion. The green stalks and white bulbs can be used raw or cooked in various ways, including grilling, marinating, stir-frying, braising, and boiling. This onion has a crisp texture and a mild onion flavour. 3 tablespoons chopped Chinese onion for 1 tablespoon chopped onion 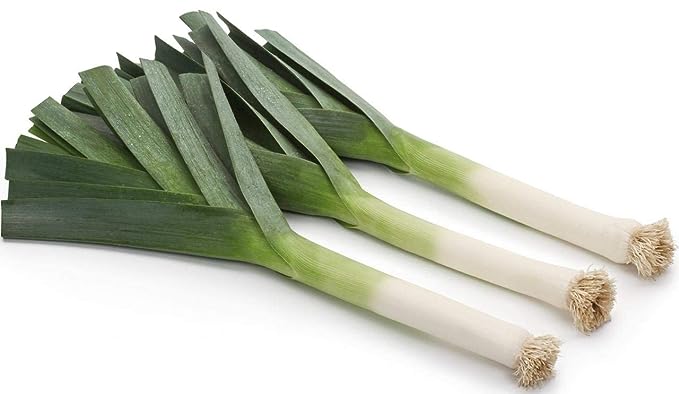 The texture of leeks is firm and crunchy, and the flavour is mildly sweet onion. The leek’s light green leaves and white bulb can be fried, sauteed, braised, roasted, or boiled. However, they can also be served raw on salads. You may also cook delicious soups, risottos, pastas, and stews. In a 1:1 ratio, leeks can be used to replace onion. 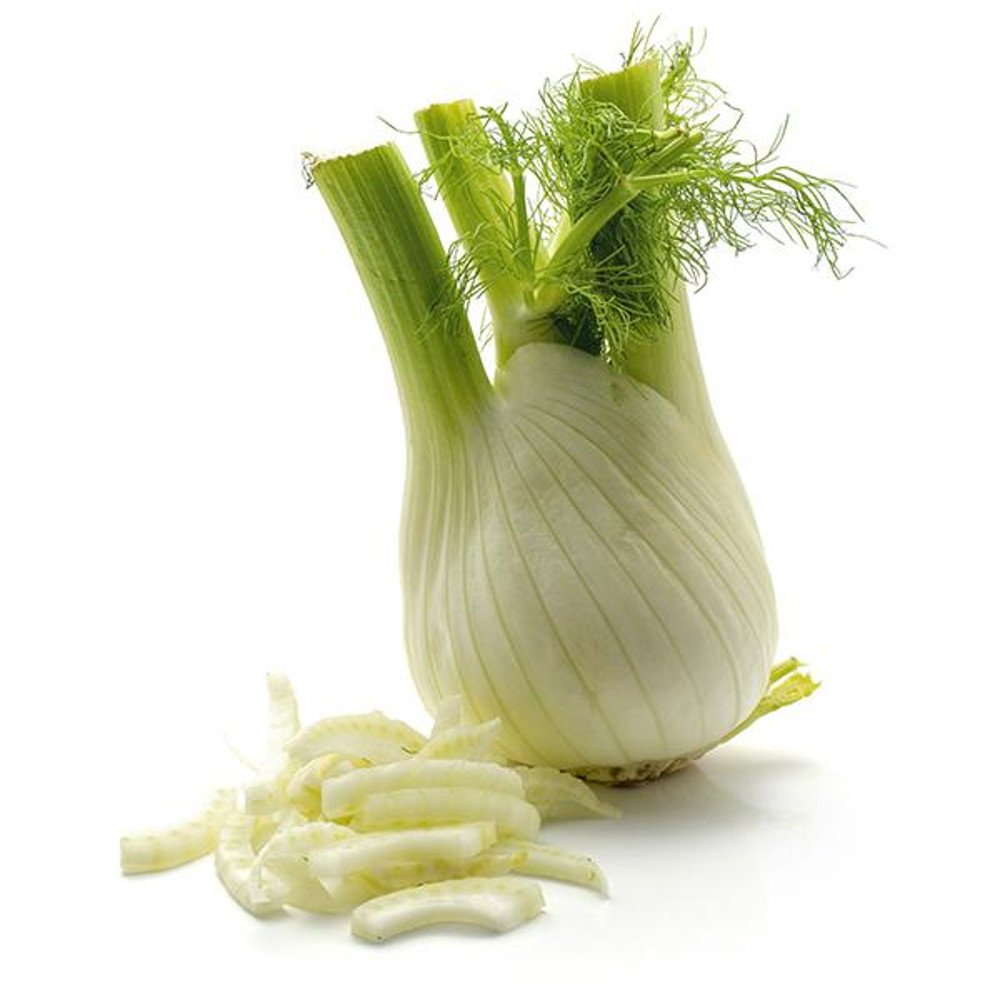 Fennel is a vegetable with green stalks, a white bulb, and feathery green leaves. The anise-licorice-flavored crispy bulb is a superb onion alternative. Salads, soups, and sauces, as well as garnishes, feature the leaves.

The bulbs can be cooked in various ways, including raw, sauteed, grilled, braised, roasted, and stewed. When cooked, it becomes sweeter and loses its pungent anise-licorice flavour. 1 cup chopped fennel bulb can be used with 1 cup minced onion. 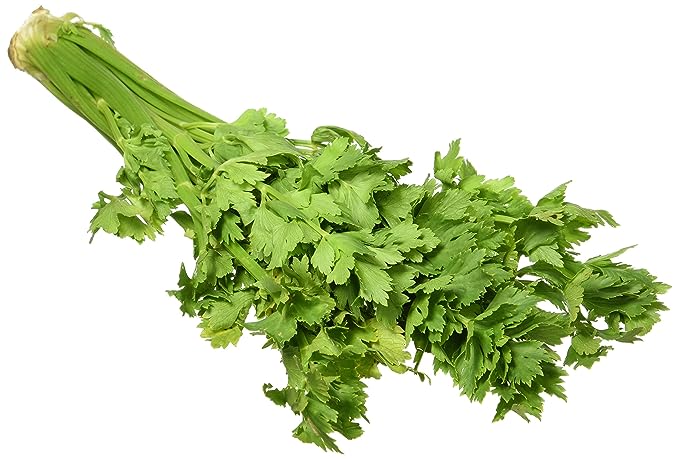 Celery is used in a variety of cuisines because of its crisp texture and earthy peppery flavour. The long stalks can be used as a basis in soups, sauces, and stews when combined with onions, carrots, and bell peppers. Stir-fries, salads, casseroles, and stocks all benefit from them.

Celery leaves have a stronger flavour and a more difficult texture than celery stalks. They can be used to flavour soups, salads, stocks, stews, and a garnish. This is one of the most effective onion alternatives. 1 cup chopped celery equals 1 cup chopped onion. 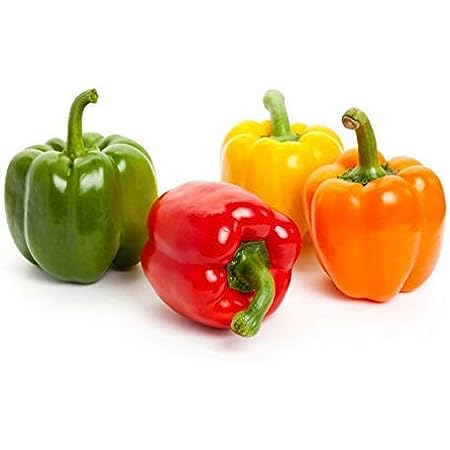 Bell peppers come in a wide range of colours and flavours. Green onions, for example, have a grassy, slightly bitter flavour that is the most similar to onions. Orange, yellow, and red peppers, on the other hand, have a sweeter flavour and can be used in place of onions if you have them on hand. They can be roasted, fried, grilled, stuffed, sauteed, or eaten raw in salads. Use two cups of chopped bell peppers to replace one cup of chopped onions. 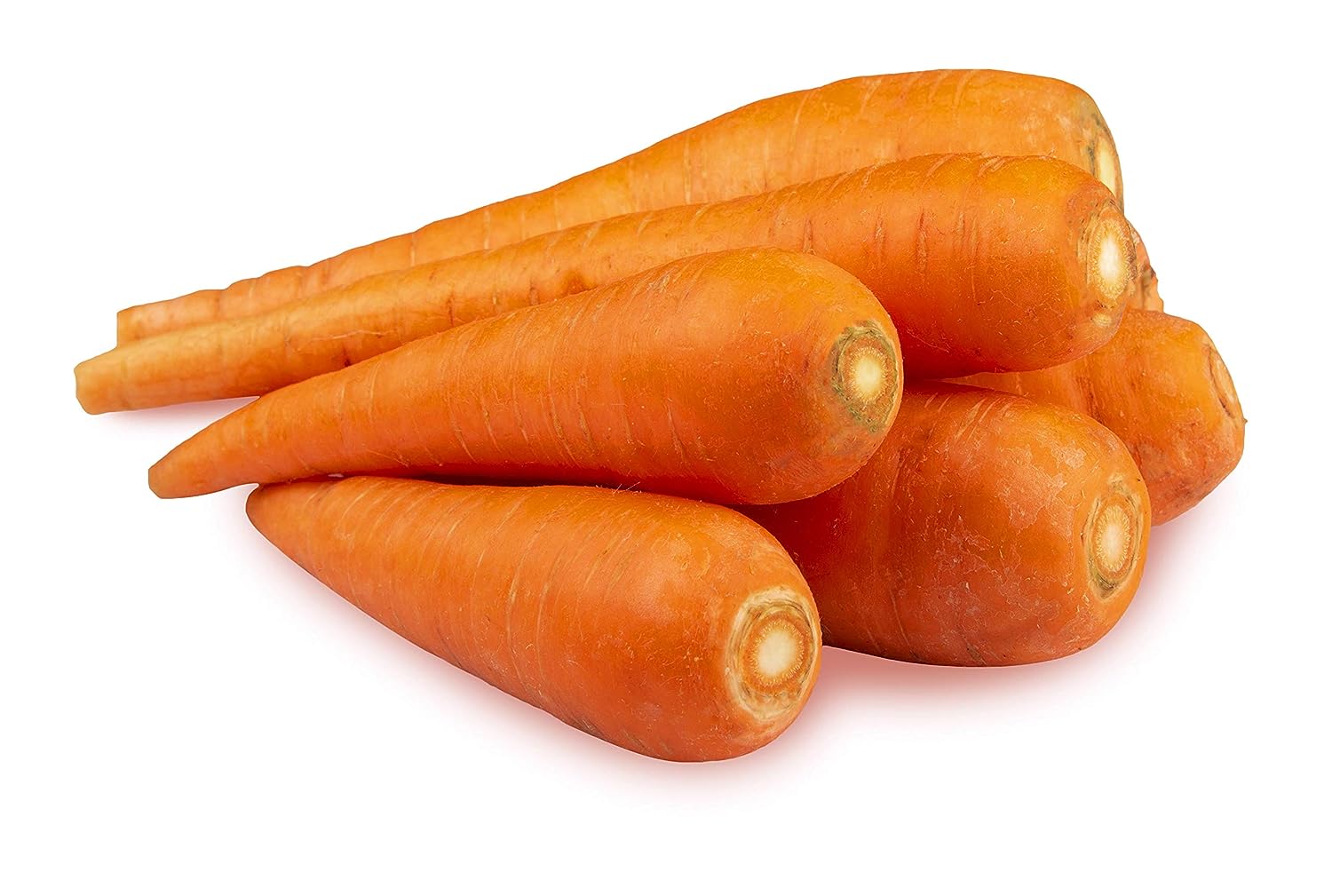 Carrots are a healthy vegetable that have a sweet grassy, bitter soapy, or sweet grassy flavour depending on the variety and growth conditions. They’re used as a base for soups, sauces, marinades, and stews when combined with onion and celery. They can also be roasted, grilled, steamed, stir-fried, or eaten raw in salads.

In most cuisines, they can be used in place of onions. They add a sweet and wonderful texture to meals when cooked. Add some celery to increase the flavour, and you’ll get a taste and texture that’s extremely close to that of onions. Instead of 1 cup chopped onions, use 2 cups chopped carrots. 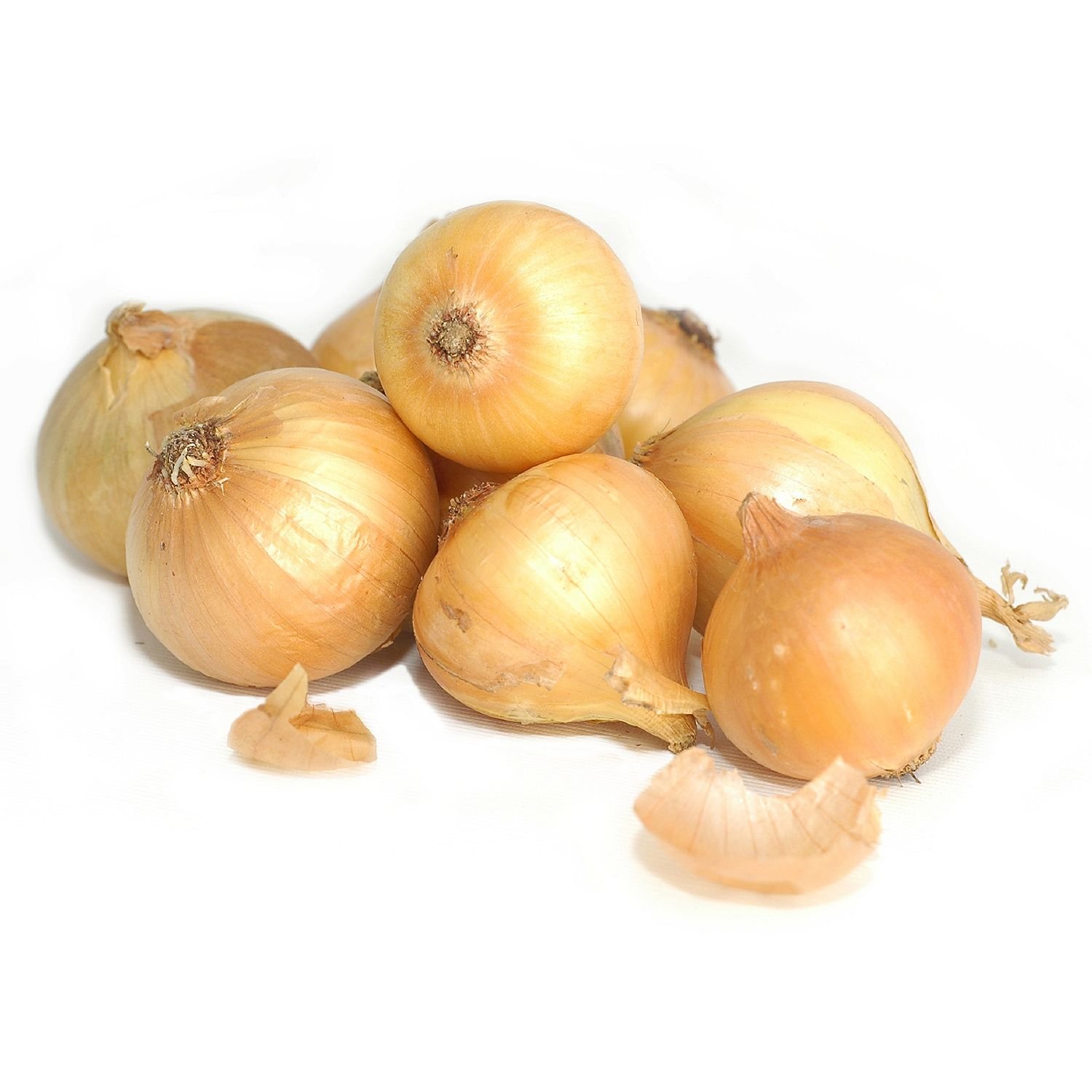 Yellow onions, according to many chefs, are one of the greatest onion alternatives. They have a similar flavour and are neither excessively sweet nor too harsh.

Yellow onions are packed with fibre, vitamin C, potassium, and various other minerals. They also contain plant chemicals including flavonoids, which are antioxidants and anti-inflammatory. According to studies, persons who eat onions regularly have a lower chance of various health problems, such as nonalcoholic fatty liver disease and several malignancies.

Are Shallots and Onions Interchangeable?

Onions and shallots are two common components used in a variety of dishes.

Although onions and shallots have a lot in common, they have a few important differences. First, onions have a papery skin that peels away to reveal many layers of rings. They come in various sizes and colours, but the most frequent ones are white, yellow, and red. Shallots, unlike onions, grow in clusters, with oblong cloves that range in colour from grey to pale purple to brown.

Shallots have a mellow, slightly sweet flavour that is more delicate than onions’ strong, pungent flavour. Furthermore, whereas onions are commonly used in various cuisines, shallots are less frequent and typically more expensive. Although onions and shallots are closely related, they differ in look, flavour, and popularity.

How Many Shallots Equal an Onion?

Use these tips to assist calculate the proper quantity of shallots if you’re using them in a recipe or if you’re planning to swap a shallot for another vegetable.

1 tiny onion can be replaced with 3 to 4 shallots. (Because shallots vary in size, assess how many shallots you have and try to match one onion’s worth.) 1/4 cup finely chopped shallots = 4 medium shallots 1 pound Equals 8 to 9 shallots 2 to 3 scallions = 1 shallot

The shallot is a  member of the onion family, tastes like a sweet, mild-flavored offspring of an onion and garlic. Shallots are often confused with scallions, although they are not the same thing. The shallot is a copper-colored papery bulb with an oblong form.

How to Substitute a Shallot for an Onion?

For each tiny onion, use three shallots or 1/3 cup minced onion. A medium onion can be replaced with five or six shallots, whereas a large onion requires seven or eight. Because cooking, unlike baking, does not require precise proportions, you can adjust the amount of aromatics to your preference.

When substituting shallot for onion in a dish, leave out most or all of the garlic. Because shallot and garlic have a similar bite, combining them in a dish might easily result in an overpowering garlicky flavour.

Choose shallots that are firm and free of bruises, discolouration, soft or mushy patches, mildew, and sprouts.

What are Some Recipes in Which Shallots can be Used?

Fried shallots are a delicious addition to any veggie dish (and meat, fish and beans, for that matter). As a starting point, consider this recipe (seen above).

The term “brassica” refers to the plant genus that includes cruciferous vegetables such as Brussels sprouts and cauliflower, both of which are featured in Jennifer Jasinski’s Rioja restaurant in Denver. Finely chopped shallots are swirled in towards the end of the blended hazelnut-mustard vinaigrette for added flavour and texture.

In this simple side dish, shallots are grilled alongside Brussels sprouts. Shallots can be added to practically any pan of roasted vegetables; however, sliced shallots burn rapidly, so you may need to add them after the other vegetables have cooked.

If you master this bold-tasting roasted shallot sauce, you’ll have an accompaniment you’ll want to serve again and again, as it goes well with pig, beef, turkey, and chicken.

Shallot glazing is a multi-step procedure that is well worth your time: The cloves are boiled for a little time, then drained and cooked with sugar and salt over medium-low heat. They’re then combined with venison to make a substantial venison stew that’s perfect for a chilly Sunday (or a snow day). Glazed shallots can also be kept in the fridge and used as an omelette filler or pizza topping.

In this filling vegetarian stew, shallots, and eggplant team up with naan bread or rice to make a fulfilling dish. The vegetables are rapidly roasted over high heat before being boiled in lime juice or tamarind concentrate until soft enough to mash.

Despite the fact that onions are one of the most fundamental cooking components, some individuals dislike them due to their strong odour and flavour. Or they may be allergic to it. Many meals benefit from the flavour, texture, and colour that onions provide. Whatever your reason for omitting the onions, you have a variety of options to select from to achieve the proper balance in your recipe.

Choose the most suitable alternative after determining the main aim of the substitution. You can even combine a few onion replacements to give your dish an extra layer of taste and texture. Fortunately, these replacements have a comparable onion flavour and will save your dish. If you are allergic to onions, avoid using the replacements that contain onions.