Although chives look very similar to green onions, their flavor is quite different. Chives have a light onion flavor instead of solid and pungent like onions. Often, they’re described as having a garlicky taste, but they’re actually much milder and more delicate. In addition, chives have a sweet tip, which makes them perfect for garnishing. But despite the mild flavor, chives are best used in very few cooked recipes. 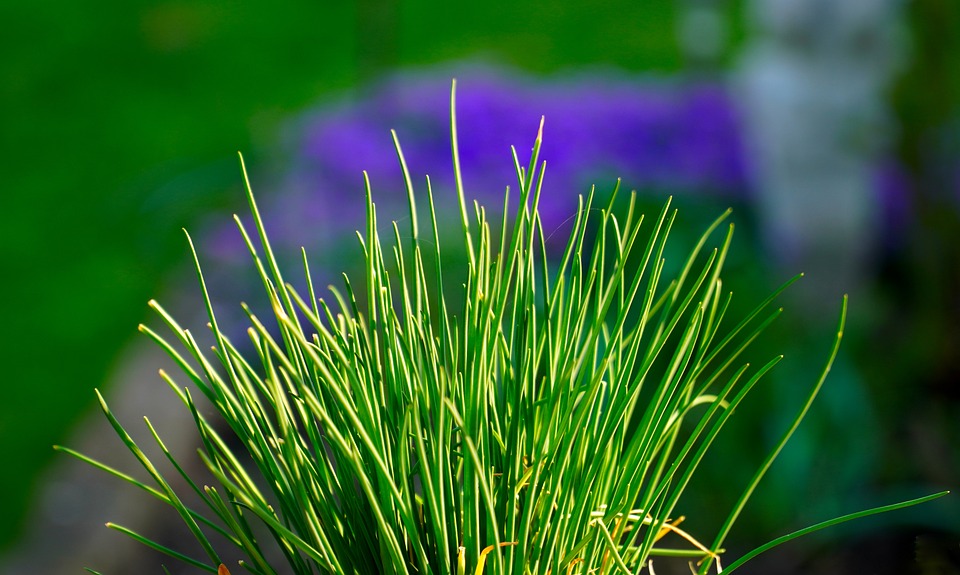 There’s no shortage of uses for chives. The mild onion-garlic flavor is delicious and pairs well with many foods, including scrambled eggs and potatoes. It’s also great in salads, soups, and sauces. However, a bit of caution should be used when using chives too much. An overdose can cause an upset stomach and skin rashes, but the mild onion flavor is worth it. Plus, chives are packed with vitamins, minerals, and antioxidants.

The chive belongs to the same family as onions and garlic: the allium family. They have been used in Europe for hundreds of years, growing on other continents.

Chives have edible leaves and flowers, and their stems can be up to 6 inches long with a hollow center that looks like straws inside. The best part about these delicious herbs is their versatility. They’re one of the first plants to bloom in the spring, and they thrive in abundance, so show your garden some love today by planting chives nearby.

While it’s true that chives are a part of the Alliaceae family, their showy relatives tend to overshadow them. That’s unfortunate because chives are one of the more subtle members of the family. If you’re not sure what chives taste like, the best way to find out is to cook them. The flavor of chives is enhanced when cooked, and cooking them will only intensify their onion flavor.

Chives have a flavor similar to raw onions, but it’s much milder. The onion-like flavor is more robust and sharper when eaten raw (which is often overlooked) than when cooked or added to sauces.

For flavor, the green leaves are usually finely chopped and added to dishes or raw dips, but they can also be used in various cooking styles.

The flavor of chives is delicate but not unpleasant, so they’re a versatile ingredient to have in your kitchen. They’re edible, similar to green onions in terms of texture, but they have a slightly crunchier texture than green onions. You can enjoy chives in several different ways and try them with various foods. If you don’t like the flavor of chives, try substituting a green onion instead.

While you may believe that all chives are the same, there are actually several herb varieties.

What is the Texture of Chives?

Chives are a versatile herb that can be used in various dishes. Chives will have the same slight crunch you’re used to from other green vegetables like peas, whether fresh or dried. When you bite into dried chives, they are slightly more crumbly, whereas fresh chives give off an even fresher snap than usual due to their juicier texture – something we all remember.

Slicing chives as thinly as possible is the best way to enjoy them. The thinner they are, the less noticeable their texture in your mouth will be, and it will almost melt there.

If you don’t want to use chives, don’t worry. There are several substitutes for chives that will give you a similar flavor. For example, you can substitute onions with chives. A few chopped chives will give your dish a richer flavor, while a few leaves will add a subtle oniony note. But be sure not to overheat them, as this will destroy the delicate taste.

Is the Green Part of Green Onions Chives?

No, chives are not the green part of green onions, even though this part of the onion may appear to be very similar to a chive at first glance. Though the white part of the onion is used in most recipes, the pale green section is also edible and can be used in various dishes.

This green section is crisp on the outside and can be eaten raw or cooked. It’s also worth noting that, while all parts of the onion are edible, they should be added to a recipe at different times to give the dish a variety of textures.

At first glance, chives and green parts of onions appear to be very similar, but chives have longer stems and are skinnier, delicate, and tender.

Do Green Onions and Chives have the Same Taste?

The appearance of chives and green onions differs not only in taste but also in appearance. Green onions’ stems are thicker and have a white bulb, whereas chive stems are long, delicate, and solid green.

Green onions come in various shapes and sizes and can be used in various ways. The ends have a chives-like flavor, and they can also be eaten raw or finely chopped for use in cooking. In many recipes, the white part can be used with white onion.

Chives have twice the flavor of green onions and are far more potent in taste and odor.

Chives: How to Grow Them?

They’re simple to grow and can be started in the spring or the fall.

They Can Be Grown Indoors

Cover the chives with 1-2 inches of soil and place them in the pot. You’ll need a sunny location and to water them regularly.

To Plant Them Outside

You’ll need a location that gets plenty of direct sunlight. Place the chives in a 6-inch deep hole, then regularly cover 1-2 inches of soil and water.

How do I Know if Chives are Safe?

We are most concerned about the health of your chives, so we want to alert you to the signs of chives spoilage in your meals. We’ll go over a few things to help you figure out if your chives are fresh enough to use.

Let’s take a look, shall we?

Smell: If your chives have an unpleasant odor, toss them out.
Chives begin to lose their characteristic green color as they spoil.
Chives that have gone bad have a softer texture than those still fresh.
Appearance: Their spoilage is confirmed by their unattractive appearance.

How to Eat Chives?

You can use dried chives in place of fresh chives. They’re excellent for garnish; while they’re the smallest members of the onion family, chives are an herb that is widely used in cooking.

If you’re in a hurry, you can quickly cut the herb with a food chopper. As a bonus, chives are often available at grocery stores, so getting a handful of them is easy. If you can’t find fresh chives, you can buy dried ones.

Aside from being a member of the Alliaceae family, chives are an aromatic, mild-tasting herb. They’re perfect for garnishing, but their mild flavor is excellent for cooking. Moreover, they are very versatile, allowing you to replace onions in many recipes, including soups and stews. But it’s important to note that despite their mild taste, chives do not get the same rich flavor as onions. 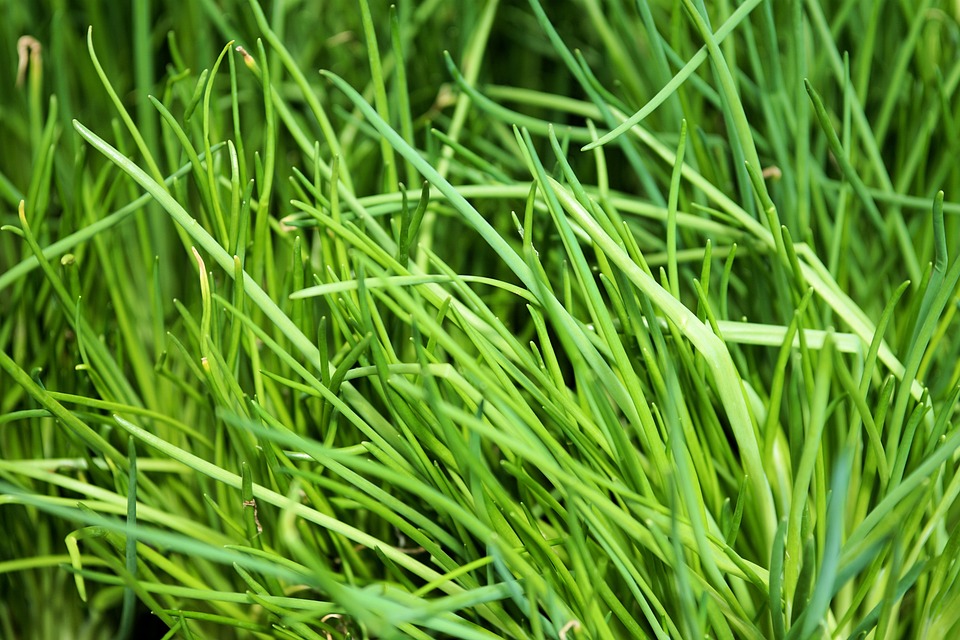 How to Store Chives?

Fresh chives will keep in the fridge for about a week if wrapped in a paper towel and stored in a resealable plastic bag. The stems can also be placed upright in a jar or vase filled with a few inches of water in a plastic bag. It’s best to wash them right before using them; otherwise, they’ll deteriorate faster if they get wet too soon.

Whether you buy them or harvest them yourself, you can freeze them whole. Place chives bundles in a zip-close bag in a stack. Simply snip off the frozen chives as needed and add them to your recipe.

Chives and chive blossoms can also be preserved by making compound butter, wrapping it in wax paper, and freezing it. After that, you can slice off pieces as needed for your recipes. If that seems too much effort, snip off a few tablespoons of chives and place them in an ice cube tray with water or oil. Freeze to use in recipes later.

Though chives are the smallest member of the onion family, their delicate flavor makes them an excellent substitute for green onions. They’re milder than green onions; If you want to avoid a tangy taste, you can use chives instead of green onions. In addition to its mild flavor, chives are excellent for garnishing.

Aside from adding a mild onion-like flavor to foods, chives can also be cooked. They’re best roasted or raw, but be sure not to eat them raw. The chive plant contains bitter seeds and can cause an upset, and they aren’t edible if you’re allergic to them. In addition to their flavor, chives should never be cooked.