Winter is approaching, and the crisp autumn air has arrived. It’s the ideal time to get cozy and converse over steaming mugs of cocoa with marshmallows. Squishy, fluffy, and sweet, these treats are perfect for any occasion. But what if you choose a healthy option? Is there any marshmallow alternative that comes close to matching this level of perfection? I wasn’t convinced at first, but when I ran out of marshmallows and had to make do with something else, I realized it was a blessing in disguise. Since I was a kid, marshmallows have been my favorite dessert. When I went to the sweets shop, it was the first thing I grabbed. But what makes it unique?

Marshmallows are a delicious dessert made with gelatin and water. The batter is beaten until it is soft but firm, then dusted with cornstarch. In a nutshell, gelatin is used to stabilize the foam of a marshmallow.

Corn syrup, sugar, gelatin, water, and corn starch are commonly used to make marshmallows. However, various flavors and colors are added to the marshmallows.

After boiling the sugar, corn syrup, and water to the correct temperature, the gelatin is added, and the mixture is beaten until thick.

Marshmallows work well as a filler in a variety of baked items. You may also use corn starch to cover them and mold them into different forms.

The texture of these soft, fluffy sweet treats is unique. As a result, finding adequate alternatives is quite challenging. You can use any of the alternatives listed below to make something comparable but different.

You can use some of these components as a marshmallow alternative, and a few of them are also vegan-friendly. However, anyone looking for a healthier alternative to marshmallows can use them. 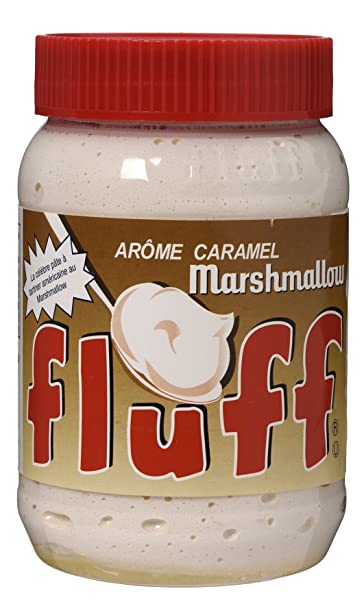 It’s used to top a variety of sweets and cookies. 12 cup marshmallow fluff can be used in place of 1 cup or 8 ordinary marshmallows. If you’re vegan or allergic to eggs, this isn’t the best option for marshmallows in your recipes. 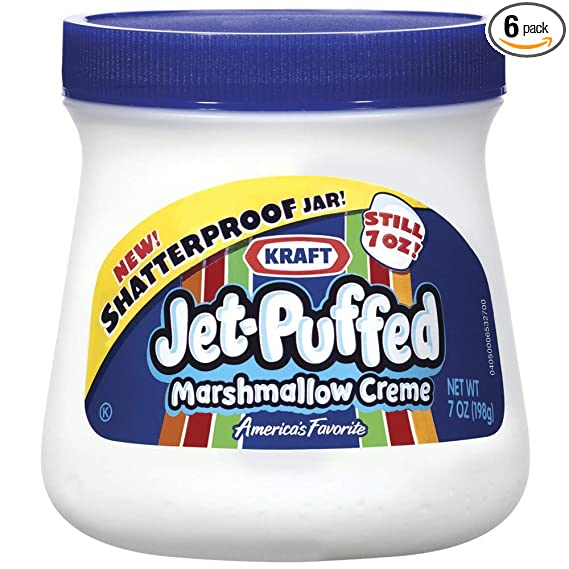 Corn syrup, sugar, cream of tartar, xanthan gum, and egg whites are used to make marshmallow cream, and it tastes like marshmallows but has a different texture.

Marshmallows have a light, airy, and soft texture, whereas marshmallow cream is stretchy and resembles melting marshmallows in texture.

As a result, you can use it to make cakes, pies, cupcakes, and other desserts. 12 cup marshmallow cream can be used in place of 1 cup or 8 ordinary marshmallows. 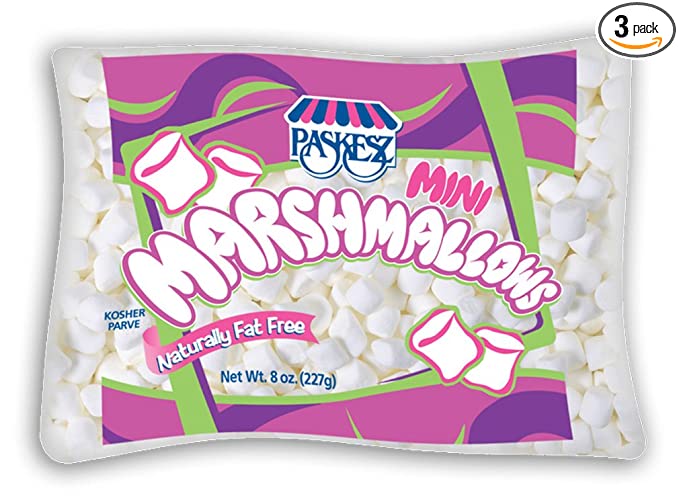 Water, gelatin, vanilla, and sweeteners including isomalt, lactitol, and maltitol are commonly used in sugar-free marshmallows.

They have a smooth and delicate feel, and it is best to utilize them raw because they will not melt like conventional marshmallows if heated. 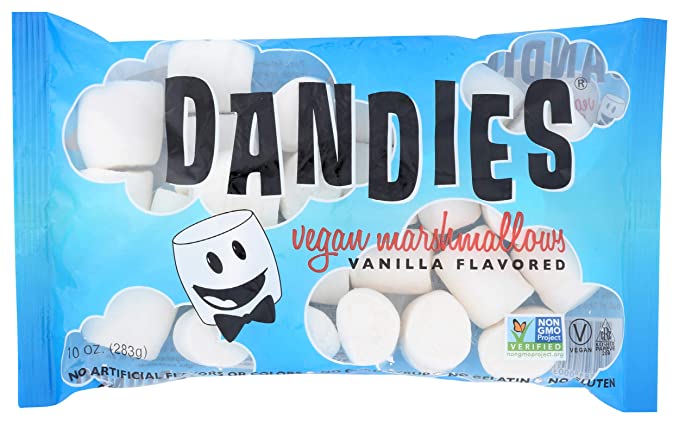 If you’re a vegan or don’t want to use animal ingredients, gelatin-free marshmallows are a good option. You can buy agar-agar marshmallows instead of gelatin or create them yourself.

They have a texture and flavor comparable to conventional marshmallows, and you may use them in the same way. 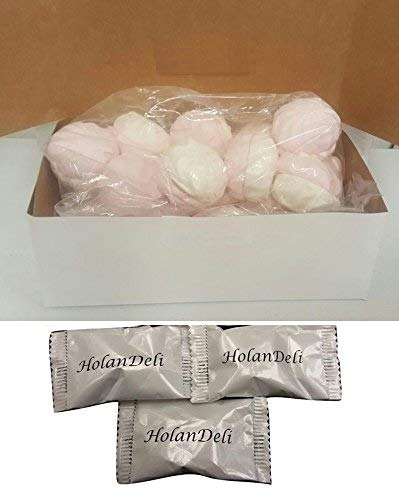 Zephyr is a Russian confection that resembles marshmallows in texture and flavor. Egg whites, sugar, apple puree, and agar or gelatin are used to make them. You can utilize them in the same way as marshmallows because of their fluffy texture. 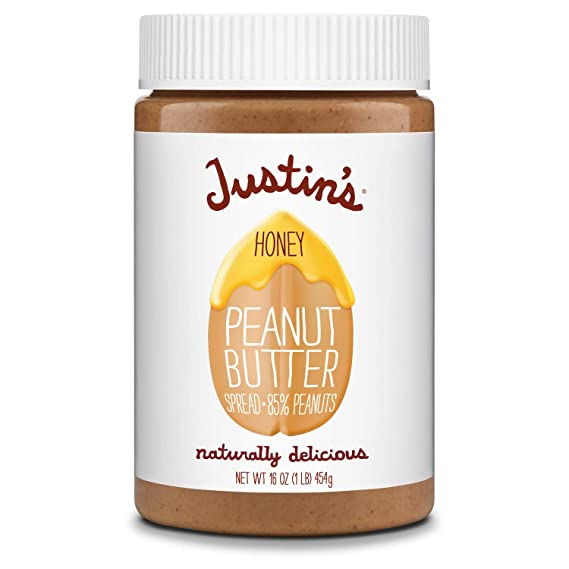 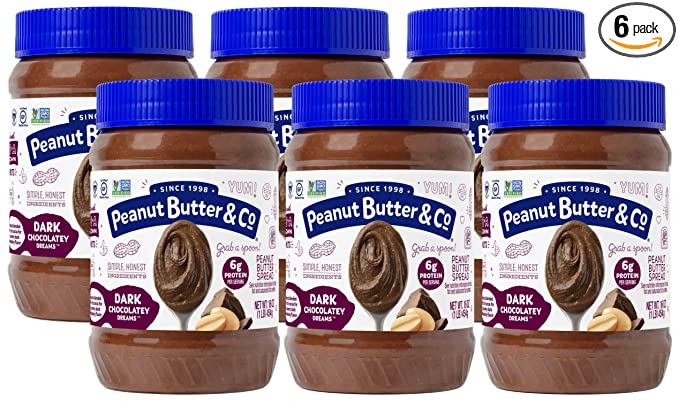 Rice Krispie treats can also be made using chocolate or peanut butter instead of marshmallows. Simply combine equal amounts of chocolate and peanut butter with honey. Microwave the mixture, stir it, and it’s ready to use.

What do Marshmallows Consist of?

Many people’s favorite sweet treat is marshmallows, a spongy pillow-like delicacy. They have a distinctive feel that makes people wonder what they’re composed of.

The following are common ingredients in store-bought marshmallows:

The first two are sweetening agents responsible for marshmallow flavor, which is essentially sweet.

You can also add food colors and artificial flavors to marshmallows. But can you determine which element is the most important? Gelatin.

It’s a necessary element; without it, marshmallows wouldn’t have the same texture or retain their shape.

You might be astonished to learn that marshmallows existed in ancient Egypt centuries ago. However, the ingredient list was different and healthier back then.

Honey and mallow plant nectar were the major components, and the sugary delicacies were named for them.

In Rice Krispie Treats, What can I Use Instead of Marshmallows?

If you don’t have any marshmallows on hand and need a binding agent for Rice Krispie treats, a mixture of honey and peanut butter can easily be substituted:

Place some honey in a saucepan and heat it over low to medium heat until it boils. Allow it to boil for 60 seconds to make it runny and easy to combine.

Remove from the fire and stir in the peanut butter in a 1:1 ratio with a bit of salt to balance out the sweetness.

Mix thoroughly to properly spread the butter throughout the honey.

Mix well after pouring the mixture over the grains. To prevent sticking, press it onto a pan lined with parchment paper.

Another option is to bind the puffed grain together with a mixture of chocolate and peanut butter and a small quantity of honey. Simply combine chocolate, peanut butter, and half a cup of honey in the microwave, and stir to combine.

Once you’ve combined it with the cereal, pressed it into an appropriate pan, and sliced it into bite-sized snacks, these sweet treats will go in no time, and no one will notice the marshmallows are missing.

Are There Any Marshmallow Cream Alternatives?

Marshmallow cream, often known as marshmallow fluff, is a sweet topping with a texture close to marshmallows but not identical.

While marshmallows are light and fluffy in texture, marshmallow cream is elastic and has a texture akin to melted marshmallows. It’s simple to spread and perfect for making sweet sandwiches.

Marshmallow fluff can flavor a variety of baked items, such as cakes and pies. In terms of ingredients, unlike conventional marshmallows, marshmallow crème is manufactured with egg whites.

How do you Make Marshmallow Cream at Home?

If you’ve run out of marshmallow fluff and don’t have time to travel to the store to get any, you can easily manufacture your own.

In fact, this is an excellent method to replace store-bought marshmallow fluff with homemade marshmallow fluff. Of course, this isn’t a healthy option, but you’ll have more control over the components.

For a handmade marshmallow creme replacement, follow these directions.

Here’s how to make a marshmallow creme alternative from scratch.

Combine the corn syrup and egg whites in a bowl. Salt with two pinches.

Mix until the mixture thickens and expands in volume. If you use a vigorous hand mixer, it should only take around 5 minutes.

Sift the powdered sugar into the beaten eggs and syrup mixture and thoroughly mix on a low speed.

Place the vanilla extract on top.

Refrigerate for up to 14 days before using.

This handmade marshmallow fluff can be used in place of marshmallow creme in a 1:1 ratio.

When handling raw eggs, keep in mind that pathogens like salmonella and E. coli can be present. If you want to eat raw egg whites, use pasteurized eggs.

2 teaspoons corn syrup, heated in a double boiler with marshmallows. Stir until the marshmallows have melted and the texture has changed.

You can also eyeball it to avoid a sticky mess when measuring.

What are Some Healthy S’mores Alternatives to Marshmallows?

When you think of marshmallows, what is the first thing that springs to mind? Most likely, you’ll think of s’mores, which consist of roasted marshmallows sandwiched between graham crackers or cookies. What could be better than that?

While some may argue that there are no healthier alternatives to this famous sweet delight, others are looking for them.

These innovative yet healthy s’more options are for you if you’re trying to avoid high-calorie foods but still want to enjoy some delights around the fire.

Here are some suggestions for healthier s’mores alternatives to marshmallows:

These ingredients will not come close to replicating the flavor and texture of fluffy marshmallows. These delectable and healthful sweets, on the other hand, will have your visitors begging for more in no time.

What is the Recipe for Sugar-Free Marshmallow Fluff?

a dollop of low-carb ice cream

Fluffernutter is a popular marshmallow fluff recipe that combines it with peanut butter. Although I dislike peanuts, I’m sure you can develop a low-carb strategy to combine these two foods!

It would be fantastic on top of my low-carb Double Chocolate Muffins!

Spread it on handmade low-carb tortilla chips with a low-carb hazelnut chocolate spread.

Not to mention simply eating it with a spoon! This stuff is delicious! Just don’t overindulge!

From Where does Marshmallow Fluff Come from?

Marshmallow Fluff is extremely popular in the surrounding areas because it is a product of small-town Massachusetts. Consider how much it is adored by the locals: According to NPR, “at least half of the 8 million pounds of Fluff produced each year is marketed in New England.” It’s popular in its home region as part of a fluffernutter sandwich (roughly equal parts peanut butter and Marshmallow Fluff on white bread). The fluffernutter has even been recommended as the official state sandwich of Massachusetts.

While it has yet to be confirmed, WBUR Boston reports that “fluffernutter” was just introduced to the dictionary in 2021. Marshmallow Fluff isn’t explicitly included in Merriam-new Webster’s definition; instead, it simply references generic “marshmallow crème” — although purists know better.

In 1999, “The Sopranos” mentioned the fluffernutter, while in 2010, “The Office” featured a jar of Marshmallow Fluff on-screen (via Yarn and Entertainment Weekly). However, aside from infrequent pop culture references that have raised its public prominence, Marshmallow Fluff has naturally traveled to other locations as individuals have emigrated from the northeastern United States. It’s now available in Canada, Germany, Israel, France, and the United Arab Emirates, among other countries. You may order it from the official Marshmallow Fluff website if you can’t find it in your local shop (and don’t want to settle with marshmallow crème).

Marshmallows are a fluffy, soft dessert. Desserts and snacks frequently contain it. Alternatively, they can be eaten alone. You may use them to make smores, add them to a cup of hot chocolate, or top a dessert with the super-soft marshmallow pieces.

We have to confess that the flavor and texture of marshmallows are one-of-a-kind delights, no matter how you consume them. However, if you cannot include marshmallows in your diet, this article will provide some healthy alternatives.