Peanut butter is one of the most widely consumed foods on the planet and is utilized in various countries, cuisines, and civilizations in various ways.

However, due to the recent major cultural shift towards food allergies, a slew of new items have been developed as alternatives for those with allergies or intolerances in the last decade.

So, what are the finest peanut butter alternatives? There are a lot more than you might imagine.

Today, I will provide a list of peanut butter substitutions and an assessment of how well they work.

Read on to learn more about peanut butter and its well utilized in your baking recipes and learn some remarkable peanut butter substitutes in baking. 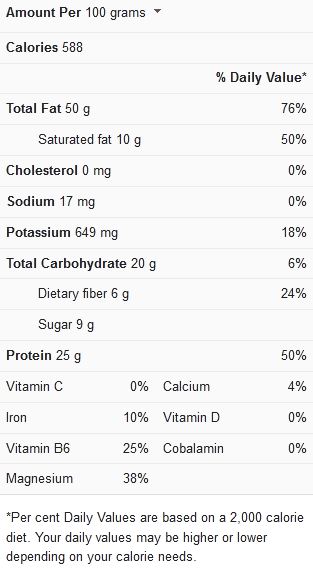 What is Peanut Butter

Peanut butter is simply a paste produced from dried, roasted peanuts. Other ingredients are usually added to adjust the flavor and texture, serve as a preservative, and even affect the color.

Peanut butter is a nutrient-dense food with high protein content and vitamins and minerals. It’s commonly used to make sandwiches and consumed as a spread on bread, toast, or crackers.

Peanut-flavored cereal, smoothies, crepes, cookies, brownies, and croissants are just a few of the morning and dessert recipes that employ it.

However, peanut allergies are one of the most frequent, especially among children. Nonetheless, it is so delicious, creamy, and smooth that it may be difficult to stop eating it once you have tried it.

Fortunately, there has been a shift in attention on food options for those with intolerances and allergies and those with personal preferences during the last decade.

This has resulted in a plethora of products that are just as delightful as peanut butter. Other nut butter, such as cashew butter and almond butter, are comparable.

Peanut butter can be used in cookies, cakes, oats, bars, savory sauces, and even hummus or pancake substitutes! There isn’t much that peanut butter can’t do.

See some delectable baking recipes you can use peanut butter in:

Substitutes for Peanut Butter in Baking

Peanut butter is a delightful, nutrient-dense meal that pairs nicely with baking recipes.

However, because peanuts are the most prevalent food allergen among adults, you may occasionally need to swap peanut butter with other items.

See some delectable peanut butter replacements that give all flavors without the risk.

This may be the finest peanut butter you may consider in your baking.

Notably, roasted almonds are used to make almond butter. Some brands remove the skins to obtain a smoother texture. Thus, it may arrive with or without them.

Almond butter has a comparable nutritional profile to peanut butter and the same uses and texture. As a result, it can be used as a 1:1 substitution in most recipes; however, almond butter may affect the final product when utilized in baked items.

Studies show that almond butter is also high in fiber to feel fuller for longer. Like most butter, it has a low glycemic index, which means it won’t increase your blood sugar levels.

Due to their high-fat content, cashews maintain their creamy smoothness when pounded or combined to form this butter. Cashew butter is an excellent substitute in desserts like peanut butter brownies and cheesecakes.

Cashew butter is also becoming increasingly widespread in local supermarkets and large stores due to its growing popularity.

Cashew butter – unlike peanut butter – has a reduced protein level and should not be used if someone has a nut allergy. When making the substitution, keep in mind the changes in taste between the two nut butter – as cashew butter has a more “buttery” consistency and flavor.

Cashew butter can usually be substituted for peanut butter in a 1:1 ratio.

Tahini is a Middle Eastern condiment similar to peanut butter but has a greater calcium content. It’s traditionally used in hummus. People only recognize how it can be used as a substitute in a few dishes, even though it has been around for generations.

Tahini is a paste made from mashed sesame seeds and olive oil, comparable to peanut butter.

When using tahini as a substitute for peanut butter, keep in mind that there will be a lack of the latter’s typically strong, dominant flavor and PB’s touch of sweetness, which may be vital in certain baking recipes.

What has a consistency similar to peanut butter?

Almond butter has a consistency and flavor similar to peanut butter. It is also a better alternative to peanut butter, as it contains a variety of minerals such as potassium, iron, and magnesium. Almost any recipe, savory or sweet, can benefit from this substitution.

Peanut butter is sticky and wonderful, yet it may last for months at room temperature before deteriorating. Low moisture levels and a rich oil concentration maintain this butter fresh for a long time but don’t forget about the expiration date. Peanut butter can go sour and lose its flavor in roughly a year.

What is the purpose of peanut butter in baking?

It can be used in pies, bars, and cakes, in addition to being a traditional cookie. Peanut butter enhances the flavor of granola, adds body to soups and smoothies, and even adds richness to bread pudding.

The flavor of peanut butter goes nicely with various other flavors, bread, and crackers.

Remarkably, there are several decent peanut butter substitutes if you have a nut allergy or don’t like it – which is rather common outside of America.