Maggi Seasoning Sauce has been a staple in many Asian households and even cuisines worldwide for a long time. I have to tell you – Maggi sauce is really that ‘secret’ ingredient behind most of the tastiest dishes out there.

Maggi sauce is available in the international or Asian food aisles of a few mainstream supermarkets. However, outside of Chinese, Southeast Asian, and Latin markets, the popular condiment might be challenging to come by.

This is why you will need to consider some excellent Maggi sauce alternatives I have highlighted – in detail – in this article. Read on to learn more about Maggi sauce, remarkable recipes in which you can use the sauce, and befitting alternatives.

What is Maggi Sauce

Maggi sauce is a seasoning and a flavor enhancer used in dishes and recipes worldwide; it comes in three different forms: a thin, concentrated dark brown liquid, granular powder, and cubes.

Maggi seasoning sauce refers to a collection of condiments and flavorings created by the Swiss Maggi business. The sauce was invented in Switzerland in the late 1800s and introduced in Germany.

The majority of the Maggi products are heavy in salt, which gives a dish a lot of taste. Per teaspoon of Maggi Seasoning sauce, there is roughly 400mg of sodium. A typical recipe would call for up to 1 tablespoon of Maggi sauce – so this isn’t a flavor you’d use in significant amounts.

Maggi is made with wheat protein – so it’s not gluten-free. Plus, it is heavy in sodium and has a distinct flavor. Although it is a salty sauce used in cooking, it may also be found on the tables of home cooks and restaurants as a condiment.

There are kinds specifically sold for the palates of China, Mexico, Vietnam, Pakistan, Germany, and many other cooking applications. Notably, Maggi seasoning can be found in sauces, stir-fries, soups, and other dishes.

As of today, Maggi sauce has already been sold worldwide, with the compositions altered to suit the palates of the locals. This is no surprise as Maggi sauce is an ingredient with uses that have spanned nations, meals, and cuisines, thanks to its umami-rich, soy sauce-like flavor.

See some amazing dishes that Maggi sauce is well incorporated into when cooking.

Maggi sauce is an amazing seasoning in most of our cooking today. But what do you do when you are in a pinch or want a slightly different alternative.

The following Maggi sauce has been highlighted for your benefit: 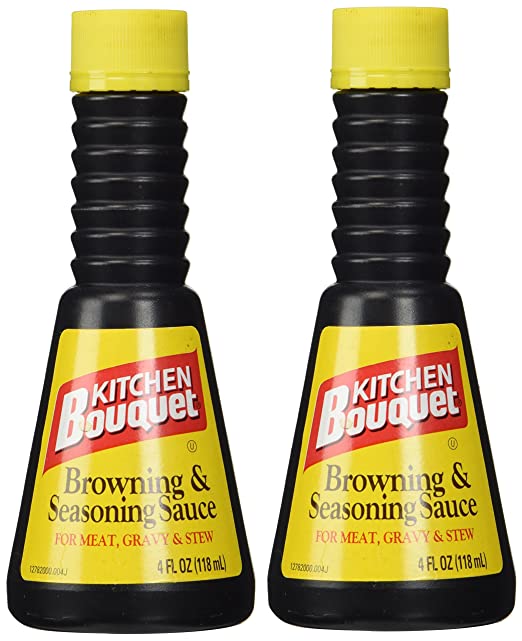 Do you want to cut down on your salt consumption? Because of its reduced salt concentration, Kitchen Bouquet is a much better choice. One tablespoon provides 30mg, which is relatively low for this substance. On the other hand, Maggi Seasoning sauce has 1850mg per serve.

A kitchen bouquet is a branded food flavoring that has been around since 1873. It will give any recipe that asks for Maggi Seasoning, such as soups, marinades, and stews, a delightful flavor boost.

However, I believe that browning and thickening gravy is ideal for this substitute in the kitchen. You should also note that the kitchen bouquet lacks the saltiness that Maggi Seasoning adds to dishes. If you want to come closer to the original flavor, add more salt to the recipe. 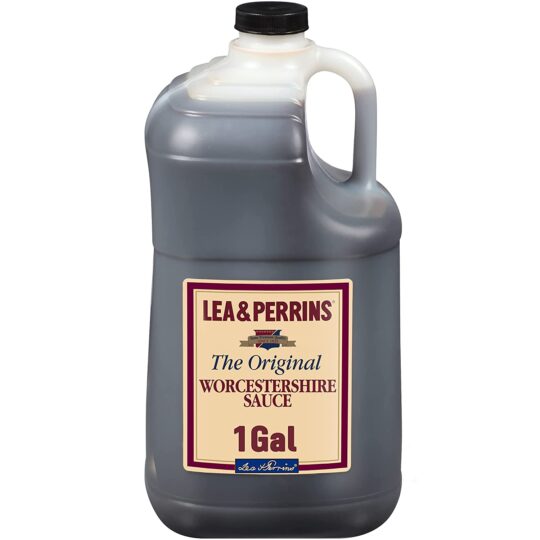 This is an excellent combination to use in your recipe that calls for Maggi sauce, and you are in a pinch. If you like the taste of Maggi Seasoning, a mixture of equal parts Worcestershire sauce and soy sauce is the best way to substitute it.

This mixture will assist you in recreating the salty, savory flavor that is ideal for soups, stews, and meat. To give dishes a mouthwatering hue, we use dark soy sauce.

Although, you should bear in mind that the contents are heavy in salt, and some brands contain MSG – which may be harmful to your health.

Tamari – also known as tamari shoyu – is a fermented soybean sauce from Japan. It has a thicker consistency than Chinese soy sauce and a more balanced flavor, making it an excellent dipping sauce.

Tamari sauce is a kind of soy sauce that is milder in flavor and lacks the saltiness of regular soy sauce. It does not have that sharp blast of taste that some people find overly overpowering because it’s wheat-free.

Notably, this sauce is also gluten-free and vegan. To add salt, umami, and extra nutrients to food, use tamari straight from the bottle.

You may notice that tamari does not have the same nuanced flavor profile as Maggi Seasoning, and it also has a mildly sweet undertone. So if you are cooking for those who do not enjoy strong flavors, this will be a terrific substitute for you. 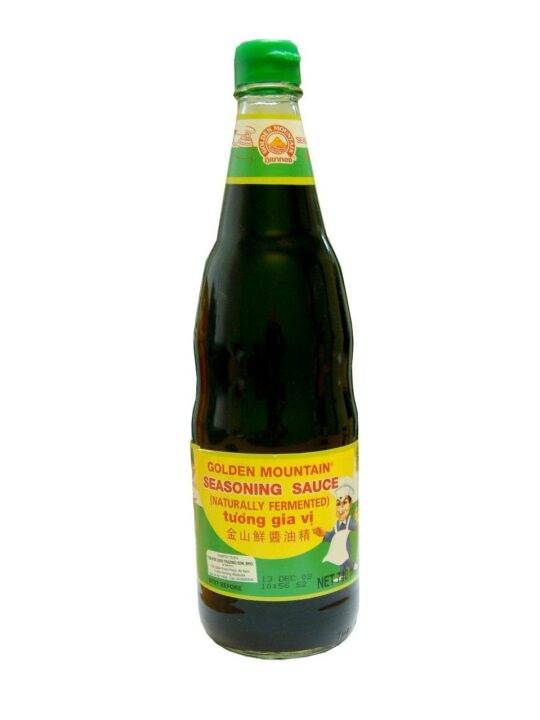 Gold Mountain Seasoning Sauce is a Thai condiment that can be used in place of Maggi Seasoning. If it were not because it can be difficult to find in stores, we would have placed this product higher on the list.

Golden Mountain Seasoning Sauce is mostly made from fermented soybeans and salt, although it has a “deeper, somewhat saltier flavor” than regular soy sauces. Flavor enhancers made from dried fish or seaweed (disodium guanylate) are likely to be responsible for the difference in flavor between this seasoning and regular soy sauce.

A little, just like Maggi, goes a long way – just one or two drops make a big difference. It goes especially well in spicy stir-fries such as Pad Kaprao.

Is Worcestershire sauce the same as Maggi sauce?

Is Maggi sauce the same thing as soy sauce?

Does Maggi sauce have an expiration?

The taste might change after a few years, but it will not be hazardous to use in your cooking. So there is no need to be worried about the dangers of the Maggi sauce expiring.

Many grocery stores sell a range of alternative seasoning brands that can be used in place of Maggi seasoning. Since Maggi sauce is a highly concentrated, thin, and salty brown sauce, it’s best to stick to something comparable in flavor.

Furthermore, since most liquid spices include monosodium glutamate or MSG, use them sparingly to avoid unpleasant side effects.