There are many recipes that suggest the pork to be seared to achieve a great pork tenderloin. However, this method is not especially great when a pork tenderloin is being cooked using an oven.

When you want to cook a pork tenderloin using an oven, worry might set it in that the searing process might burn the spices that you’ve placed on it, which might ruin the seasoning and hinder the taste that you want pork tenderloin to have.

I’m sure you might be wondering, how then can I achieve a mouth-watering, luscious, and tender pork tenderloin without searing it while using an oven? Well, you’ve come to the right place, as this method is pretty simple and straightforward and also requires focus to cook it to perfection. 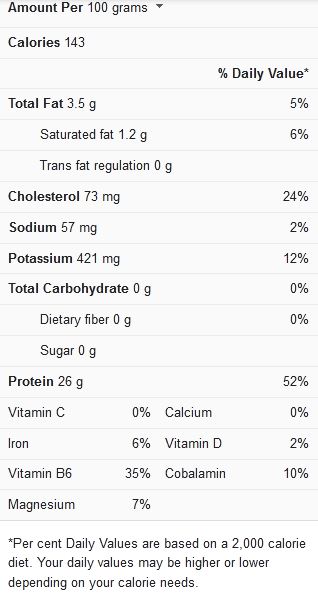 Tips For Cooking A Pork Tenderloin

It is important to note that pork tenderloin is very lean-cut meat that is low in fat and protein and very low on flavor. To achieve a flavorful pork tenderloin, marinating it or seasoning it heavily is highly recommended.

Pork tenderloin takes on flavor easily since they are so mild, but you just have to give it a little time. Adding flavor can be done by using a spice rub or marinating pork tenderloin. When adding flavor by marinating, the time to allow your pork to marinate is for at least 30 minutes, or up to 24 hours, if you have the time.

Some of the ingredients you might need to make a pork tenderloin includes:

How To Cook Your Pork Tenderloin In An Oven

This modern technique is a very accessible cooking method dedicated to roasting pork tenderloin in the oven rather than grilling. Now it’s time to get cooking. To cook a perfect pork tenderloin, follow the steps below.

Building flavor and avoiding overcooking it are our main goals with pork tenderloin. Since we will not be searing it, marinating the pork tenderloin goes a long way to building flavor. It caramelizes the flavor, creating a delicious flavor-filled meal.

Before marinating, you can check if the pork has any large areas of grey skin on the surface of the meat, which can be removed by using a paring knife alongside the tissue to slide it off.

To drizzle the pork, use 1 tbsp. Avocado oil or Olive oil and rub it all over to coat evenly. Use the kosher salt and pepper to sprinkle evenly.

After adding all the necessary flavors, your pork should be allowed to marinate for at least 30 minutes, or up to 24 hours, if you have the time.

How Do I Know The Pork Tenderloin Is Done?

To know that your pork tenderloin is cooked to perfection in the oven, buy a meat thermometer. You can also buy an in-oven thermometer which is better because as soon as the pork reaches the desired temperature, it will beep, and you will have the perfect pork every time.

Also, when the pork reaches an internal temperature of 145°F, you will know that it is done. This is an approved USDA guideline that cooking pork to 145°F is medium-rare. The pork is very safe to eat, although it will still be a little bit pink. However, you can go up to 155°F if you desire to cook it a little more, although after bringing it out of the oven, the pork will still continue to cook a little more.

How Do I Know The Pork Tenderloin Is Done Without A Thermometer?

Serve it by slicing the tenderloin into small rings with tasty onions and sauce.

For a more practical view on cooking pork tenderloin in an oven without searing it.