The black salt stands out from other salts because of its unique appearance and taste. It is a common ingredient in many Indian cuisines and can be a suitable addition to vegan recipes because it introduces an egg-like taste.

This salt would come in handy when you want to make an Asian recipe or need the egg yolk taste. Black salt is rapidly gaining popularity in the culinary world, and as the demand for it keeps growing, this might cause unavailability in some areas.

So, in this article, I will be sharing some useful alternatives for black salt that you can use whenever you run out. 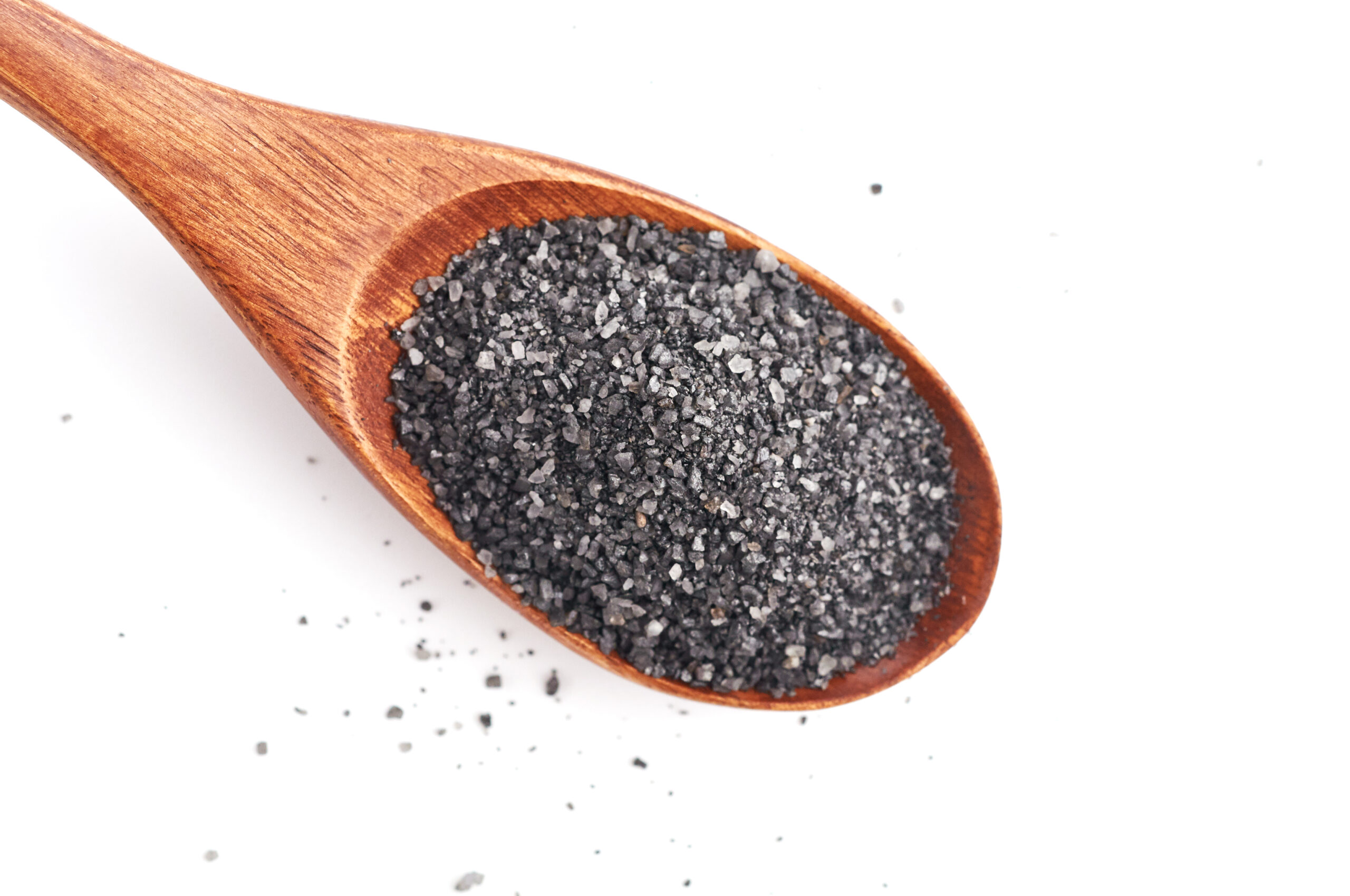 What is Black Salt?

The black salt in its original form is colorless but changes to brownish-pink or dark violet through a reductive chemical process. The raw salt is placed inside a ceramic jar containing charcoal and small amounts of babul bark, amla, harad seeds, Behera, or natron. Then it is fired in a kiln or furnace for 24 hours. When the fired salt rocks are cooled down, it has a dark appearance that changes to purple when crushed to powder.

Black salt has three different varieties: black ritual salt, black lava salt, and black Indian salt. As the name implies, Black ritual salt is not for culinary; instead, it’s used for spiritual purposes. Black lava salt is native to Hawaii or Cyprus and is used as a cooking ingredient. It is back in color because it is a sea salt that has been mixed with activated charcoal.

Then the black Indian salt or Kala name is the one discussed in this article, it is famous in culinary, but it is also used for its medicinal benefits.

Black salt is a versatile ingredient used mostly in the culinary of South Asians, especially in countries like India, Nepal, Pakistan, and Bangladesh. It is a staple ingredient in Chaat masala. It is also added in several sweet and savory recipes like salads, chutneys, pickles, raitas, and toppings on fruits or snacks, especially in Pakistan.

Back salt is also primary in Indian medicine (Ayurveda) and treats digestive problems, nausea, inflammation, heartburn, etc. Listed below are some of the recipes that make use of this rich ingredient;

Black salt is a staple ingredient in many Asian and vegan recipes and has become a popular and favorite ingredient to many.

However, It can be frustrating to run out of it, especially when you need it, so knowing a few substitutes would lessen the burden. In the case of black salt, there’s no perfect or identical substitute for it, but there are a few suitable alternatives that would work in your recipe, which includes; 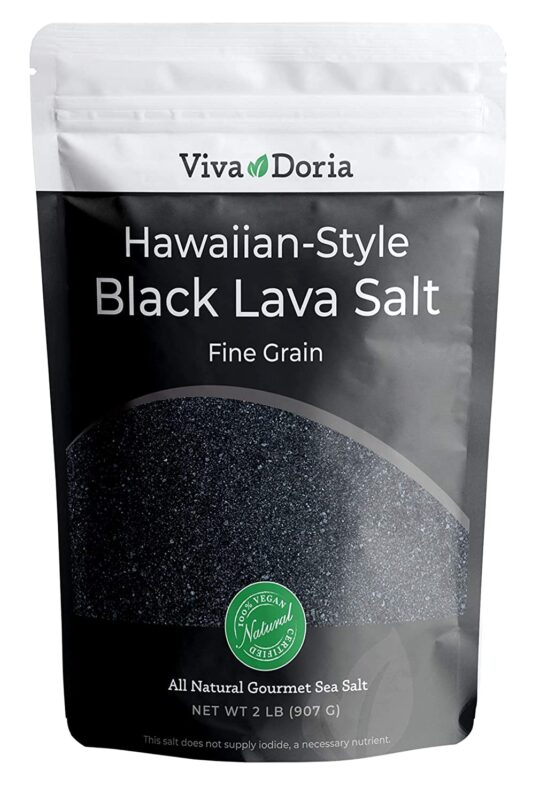 This is another type of salt on the black salt family native to Hawaii and Cyprus and has culinary and medicinal uses. Black lava salt is a processed volcanic salt with a mild sulfuric aroma similar to black Indian salt(Kala name).

Along with the mild sulfuric aroma, black lava salt houses a unique earthy and smokey flavor that turns a simple dish into a flavorful one. It is mostly added towards the end of cooking because of its dark appearance, which gives the finished meal a unique appearance and taste.

Black lava salt can be used in place of black Indian salt using a 1:1 ratio. 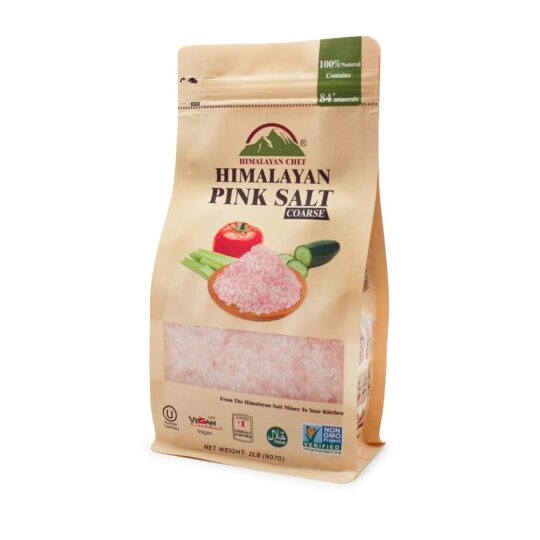 Just like the name implies, the Himalayan pink salt has a pink color which is a bit similar to ground black Indian salt. Although it isn’t processed the same way as black Indian salt, it still has a similar texture and a delicious flavor that would pair well in your recipe. Use a 1:1 ratio when substituting. 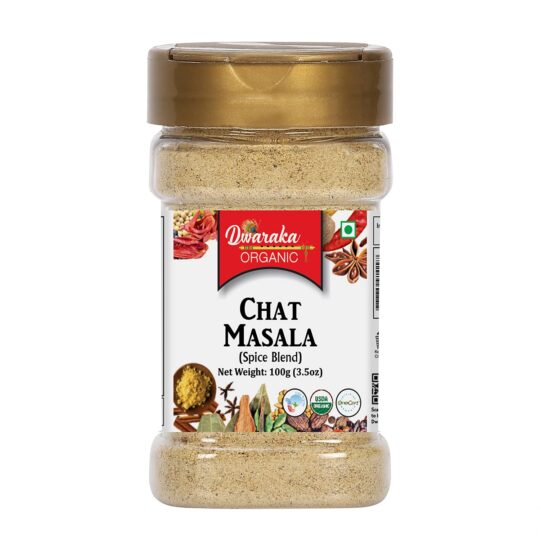 The Chaat masala is a traditional spice blend containing black Indian salt with other spices and herbs. It is used in much Indian cooking to render delicious flavors to recipes.

Using the Chaat masala would be excellent in recipes that call for a pinch of black Indian salt and other spices, but it wouldn’t be best in recipes that solely depend on the black Indian salt. When using this substitute in a recipe, a 1:1 ratio can be used but keep in mind that this spice houses other fruity and herbal flavors and if you want to avoid that, then work with smaller portions ( half teaspoon for a full teaspoon).

Is back Indian salt bad for health?

Black Indian salt has some health benefits, plus it comes with low sodium content, but consuming it in excess would be bad for your health.

What other type of salt can I use in place of table salt?

Which salt is the healthiest?

The healthiest salts would be least refined and have no added preservatives. The closest salt with this quality is the pink Himalayan salt.

Black salt is a versatile culinary ingredient that can incorporate sweet and savory flavors into recipes, so it is beneficial to stock up on this ingredient when you have the chance.

However, if you eventually run out, there are a few decent substitutes for it, some of them I have listed above.