Many people are curious about what makes Smithfield pork tenderloins so unique; well, to begin with, they eliminate nearly all of the work from meal preparation. Smithfield pork loins are the solution if you’re often busy or have finicky eaters in your family. They are extremely convenient, come in a variety of tastes, and are perfectly seasoned with no additional wait time because they have already been marinated.

Do you have zero experience with cooking these super pork loins? Not to worry, simply follow all the steps we’ve outlined in this article, plus tips and recommendations. You’ll be good to go! 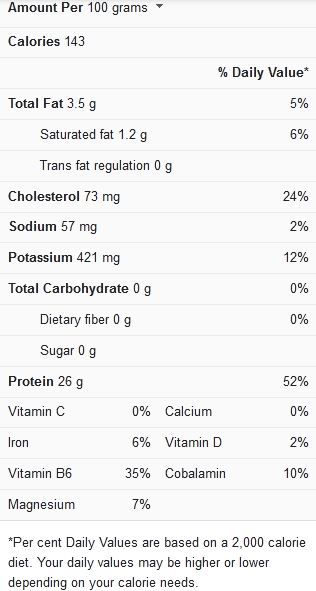 These really helpful tips will ensure that you get the best results with Smithfield pork tenderloin:

In a 4-ounce serving of Smithfield’s Original Recipe pork tenderloin, there is 260 mg of sodium, which is over four times the sodium in a non-marinated piece of meat. You could wash off part of the marinade to reduce the sodium content, but since you’ve already paid for it, this isn’t a good idea.

To reduce the sodium content of your meal in Smithfield pork tenderloin recipes, you could try one or more of the following suggestions:

Ideal cooking temperature – According to the National Pork Board, chops, roasts, loins, and tenderloins should be cooked to an internal temperature of 145° F, then rested for three minutes. Pork tenderloin is simple to prepare because it cooks quickly.

Make sure not to overcook – To ensure softness, cook pork tenderloin rapidly. Although pork tenderloin is one of the most sensitive cuts, it can become harsh and unpleasant if overcooked. This loin cut is not one to be cooked all day in a slow cooker or Dutch oven on low heat.

There are several methods to choose from when attempting to cook a Smithfield pork tenderloin.

Whatever cooking method you decide on, you can be sure that you’ll have amazingly flavorful results that you and your family will enjoy.

Follow these timing guidelines when cooking a Smithfield pork tenderloin:

This recipe takes a total of 50 minutes to prepare, including a prep time of 10 minutes, a cook time of 40 minutes, and a resting time of 5 minutes. If you’d like more ideas on how to cook a Smithfield pork tenderloin, then check out this video recipe.