During the holidays, there are a few hard-to-miss recipes that are always served at the table and the spiral ham is one of such recipes, it is safe to say that a holiday dinner would be incomplete without serving ham at the table.

This recipe is special and it’s usually the star recipe in most family holiday dinners, it is always glossy, juicy, and tender looking on the table next to some side dishes like mashed potatoes, Roasted Asparagus, or some Scalloped Potatoes.

If you’re reading the article then you must be curious about how you can achieve a juicy and appetizing spiral ham, making this recipe may seem a bit complex but it is the opposite and you must have heard that already but it is indeed simple to make, once you know the correct ingredients and procedures for it you’ll be able to make a spiral ham recipe anytime and any day. 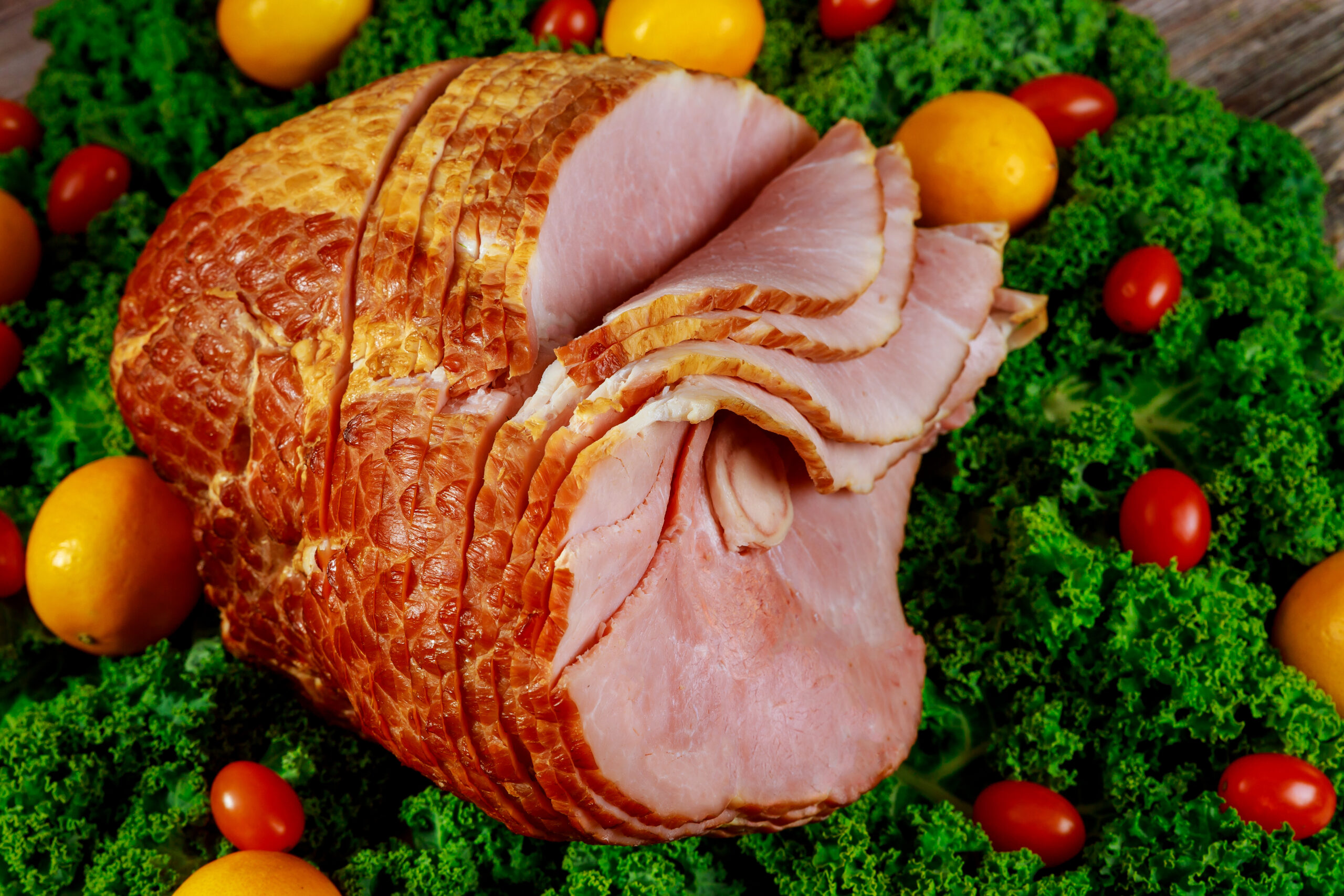 Tips to Note When Making a Spiral Ham

As I mentioned earlier, a spiral ham recipe is easy to achieve with just a few steps but there are a few tips I’d like to share before we get into the recipe. They include;

Allow the meat to rest before cooking; when you remove the ham from the refrigerator allow it to come to room temperature first before cooking it, the ham should rest for at least 2 hours before patting it dry with paper towels and cooking it.

Using Bone-in or boneless spiral ham; the two choices mentioned are both suitable for this recipe but for more flavor, it is advisable to get spiral ham with bone. Apart from additional flavor, the bone would also give structure and support to the meat.

Don’t overcook the spiral ham; Spiral ham sometimes comes pre-cooked, you’d have to check the packaging. So when making yours try not to overcook it more than 140°F instead remove it at a 125°F or 135°F and let it rest to 140°F (since the meat would continue cooking after being removed from the oven). Overcooking it would result in a dry ham lacking moisture.

Use a glaze for extra flavor; rubbing a glaze on the ham is the best way to get that unique flavor and a glossy appetizing look on it. Glazing is best done towards the end of cooking so it doesn’t burn off, add it during the last 20 minutes of your cooking time.

Spiral ham can be cooked using several methods each producing different delicious results, these methods include;

In an oven; this method is the most used for making spiral ham, it involves baking the ham in an oven at a particular degree for a stipulated time. The ham is wrapped in foil and baked for a few minutes until ready.

In a crockpot; using a crockpot is an easy alternative for making spiral ham, it also makes the cooking process faster during the holidays because there would be more room in the oven for side dishes.

When using this method all you have to do is place the ham covered in a glaze with the cut side facing down inside the slow cooker and cook on low or high while basting the ham every 30 minutes with the juices inside the pot until it reaches the safe internal heat temperature of 140°F.

On a grill; this process is just like baking in s oven, the ham is coated thoroughly with a glaze and the flat side is placed inside an aluminum pan and set on a grill with a temperature of about 325°F, the grill should be set for indirect or two-zone grilling where the coals and smoke would be on one side and nothing would be on the other, it is on the empty side that the aluminum pan would be set on.

The glaze is also added again every 20 minutes in the cooking process for more flavor and appearance.

Making a spiral ham is easy to do and if you’d still like to see more ideas for making one, check out this video recipe.