It’s often tasking deciding what temperature you should cook brisket, especially with the numerous suggestions out there. But if you’re preparing it at 225F, it means you’ll be cooking it low and slow in a smoker or grill. This temperature is ideal for such a large cut of beef, as it allows the flavor and moisture to seep deeper for a tastier experience. But before we jump to the cooking duration, let’s touch on a few essentials for 225F brisket. 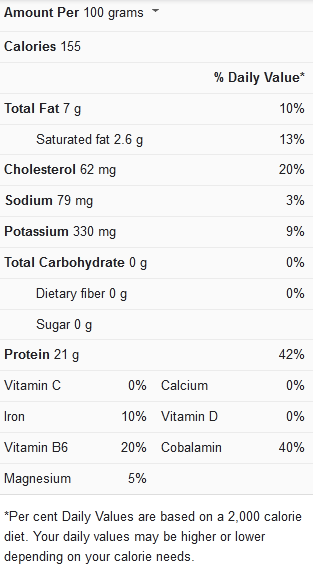 Always choose high-quality beef for brisket, if you want the best result. Prime is the highest grade and features the best-tasting beef available. The choice is a close second and is also considered goof quality.

Brisket takes a bit of prepping before it can be smoked, regardless of the temperature you cook. And it’s important to keep these steps in mind, or you’ll ruin the recipe, even if you got the timing right.

Keep the brisket in the freezer for an hour or so, to solidify the fat and make it easier to trim. And begin with the fat-side up, trimming that to about a quarter of its total thickness. As you reduce the fat layer, locate the hard fat, which is firm and waxy, and cut it off too- it doesn’t render when cooked.

You’ll repeat the trimming process for the other side when you flip the brisket. Also, don’t forget to cut off the silver skin on its sides.

You can choose between a dry rub or a broth injection for smoked brisket at 225F. And either option will result in a tasty result, so it’s a matter of preference. The dry rub incorporates your favorite spice mixes which are sprinkled and patted onto the meat before smoking. The injection however is used in combo with a dry rub, and mostly features beef broth with any powdered dry rub. Sometimes, phosphates are added to the broth to keep the meat moist as it cooks. After the meat is seasoned, it may be cooked right away or rested in plastic for six to 12 hours under chilled conditions.

Once the brisket is fully rested in the fridge, take it out and stick a probe into it for the meat thermometer. This way, you can monitor the cooking temperature as it smokes. You’ll want the probe at the flat area, about one inch between where it meets the point, for the most accurate reading.

Ensure to prepare the smoker in a sheltered area, so the wind doesn’t disturb the temperature as it cooks. If not, the smoker will take much longer to cook the brisket. Once this is done, start the smoker as instructed in the manual and like a chafing pan or baking sheet with heavy-duty foil. This will sit under the rack where the brisket with lay and catch any dripping fat.

You’ll notice that at the 150F to 160F internal temperature mark, the thermometer may seem stuck. This is normal, and the period is nicknamed the Brisket Stall. At this point, the natural moisture has risen to the surface, slightly cooling the meat as it evaporates. And the process occurs faster than the smoker can cook it, causing a flatline in the internal temperature until the moisture is exhausted.

The brisket may take a while to break from this period, so wait for it. Afterward, let it cook until the thermometer indicates 195F to 205F, at which the meat will easily give way to a probe or toothpick. If you’re using a spritz, do it frequently but quickly as it smokes, so you don’t lose cooking heat.

The brisket’s total time should be calculated at 1½ hour per pound, plus an extra one hour for rest. By this rate a 16-pound brisket will cook for 18 to 24 hours, depending on the speed of the smoker.

Once the meat is done, wrap it in butcher paper, and a towel, and keep it in a cooler to rest for one hour or more. This gives the juices a chance to redistribute along with the tissues. After the resting period,

This video can also help you with cooking brisket at 225F