Brisket is an exceptionally delicious and easy-to-cook recipe. It might look complex or impossible to achieve at first glance, but trust me, it’s quite simple to make. The cooking time for a brisket varies depending on the number of pounds you’re cooking, so you might want to start cooking very early if the brisket you have is large, and if it isn’t, your time in the kitchen will be shorter.

Although one of the biggest challenges you might face when cooking your brisket is impatience, if you overcome that, cooking a brisket will be a breeze. There are different cooking paths to take when preparing your beef brisket, but in this article, we’ll be walking you through the processes of cooking a brisket using an oven.

We’ve compiled the most helpful cooking tips and guidelines you should know when attempting to cook a brisket in the oven, so just sit back, relax, and read all about the necessary things you need to keep in mind when cooking a brisket. 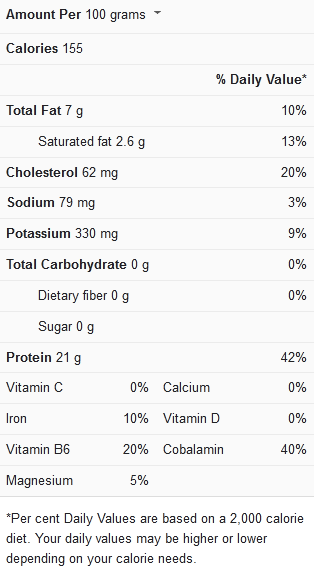 Tips for Cooking Brisket in the Oven

Trimming off the fat- when your brisket is raw and you’re about to wash it, you may notice a layer of fat that’s on the surface of the meat. While you can trim off all the fat when the meat is still raw, it’s more advisable to trim it off after you’re done cooking, so you can be sure the meat didn’t lose any of its flavors when cooking.

Also, the fat separates much more easily from the meat after it has been cooked, but if you bought your brisket from the butchers without any fat on it, it’s no problem either.

Cut against the meat- before you start cutting your brisket, you might notice some lines which run along with the meat. These lines are also referred to as grains. When you want to begin cutting your brisket, it is best to cut against the lines. That is, cut in the opposite direction of where the lines are facing so that the brisket slices don’t come off as stringy pieces, but solid and firm slices of meat instead.

You can use the juices-  normally, cooked meat that has been seasoned tends to leave some of its juices behind. You don’t have to throw this away cause they come in handy. You can use the juices of the brisket on its own, or you can make it into a gravy by adding other ingredients to it.

Use some mustard- adding mustard to your brisket is an excellent choice as it gives the meat more flavoring. It is best to coat all sides of your brisket with a layer of mustard before you begin seasoning the meat. The mustard also helps the seasonings to stick to the meat.

This method of cooking in the oven gives the meat an excellent amount of moisture. Note that you don’t have to fill the pan containing the brisket with water if you’re using this method.

Use a thermometer- before placing your brisket in the oven, stick an electric thermometer deep into the meat, so you can monitor its internal temperature and know when it’s up to 165° Fahrenheit. This also helps in checking if the meat is thoroughly cooked and tender when it’s ready.

Cooking Time for Brisket in Oven

Below are the necessary timing guidelines for cooking a satisfactory brisket in the oven.

This recipe for cooking brisket in the oven is very easy to follow and is sure to turn out delicious. The time you’ll spend in the kitchen all depends on the size of your meat and how you’d like to cook it. Your friends and family are sure to love this cuisine, as it’s very tender and savory when ready.

If you’d like more insights on how long to cook a brisket in the oven, feel free to watch this video recipe.