Whether it’s at a traditional backyard barbecue or simply enjoying the arrival of summer, everyone has come to appreciate a good serving of grilled corn. But not everyone has an idea about the proper cooking time for this delicious treat. We’re going to tell you how to properly time corn on the grill, as well as other helpful ideas to make this dish come out as perfectly as possible. 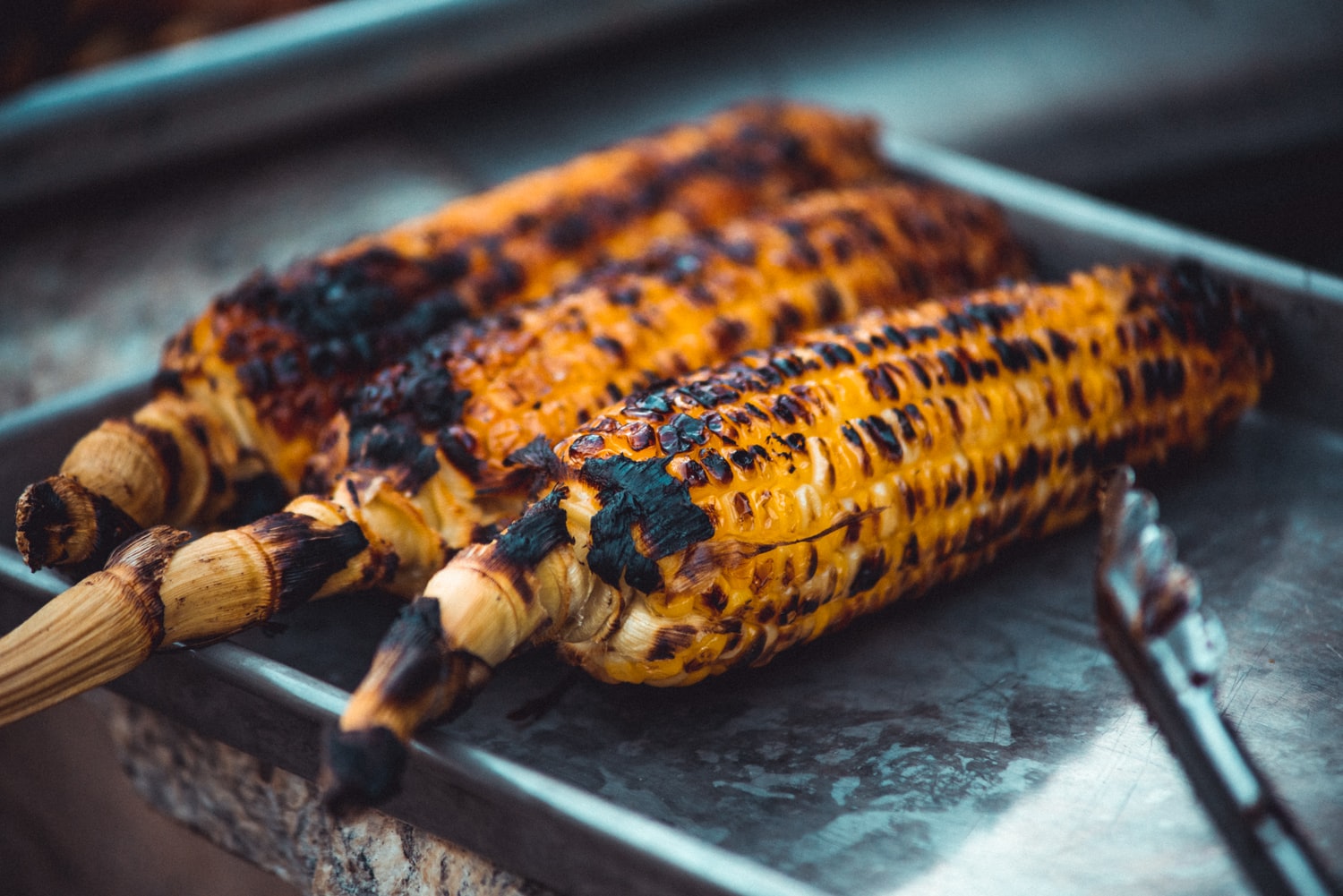 Handy Tips before Cooking Corn on the Grill

If you’re looking for the best-tasting grilled corn on the cob experience, you need to closely follow these handy tips.

Use the Freshest Corn

For the best results, it’s always advised that you find the freshest cobs on the market for grilling. A common way to know how fresh corn is would be to slightly peel off a bit of the husk to inspect the kernels. What you’re looking for is an ear with firm kernels and a sweet, fresh smell. But if you aren’t allowed to peel off the husk, simply feel through it to check, and skip if you notice any spaces, as these indicate missing or softened black kernels. Check the husks, to make sure they’re deep green and that the tassels are a hue of golden-brown.  Anything less isn’t what you want.

With or Without Husk

You can grill corn in two ways; with or without the husk. When grilling with the husk, it tastes better if you season the insides first. Gently pull the husks downwards, making sure they’re still attached to the cob. Then, season the cob generously with butter and salt, and any other spice you’d prefer. After that, cover the husk over the cob and grill. You’ll end up with a moist, soft, great-tasting cob at the end of the cooking process.

You can also remove the husks completely before grilling, and this is the fastest way to make grilled corn on the cob.  Plus, it also gives the cooked corn a bit of char, adding that smokiness some people love. This also works in the case of grilling corn with the husk. Simply peel off a bit of the husk before placing it on the grill, and cook the peeled part last.

How Long Should Corn Be Grilled?

Grilled corn takes about 10 minutes to be fully done, while husked corn will take up to 15 minutes. For extra smokiness, you could leave it on for an additional 1 or 2 minutes, but you must constantly turn it so it doesn’t completely char. If you have some of the husk removed at the top, or you’re grilling straight and without husk, you can tell that the corn is ready when the kernels turn to a roasted, bright yellow.

If you prepared it with husk, you’ll notice parts of it burning but don’t worry. Once cooled, it’s easier to remove, and it hardly affects the kernels at all. Once the cooking time is complete, let the cobs cook for about 6 minutes, then peel off the husk.

To further help you, check out this amazing recipe that works for virtually every occasion. This recipe can be done on both indoor and outdoor grills.

You can also check out this easy corn on the grill video recipe.