You probably just got an air fryer oven, and the first recipe on your list is french fries, but have you ever tried air frying bacon?

This bacon-cooking technique is a game-changer. Bacon cooked in the air fryer oven is crispy, tasty, does not take much time to cook, and eliminates messy smoke and grease splatters.

You’ll probably never want to cook bacon another way once you do it in the air fryer oven. So, let us show the process of cooking bacon in an air fryer oven, and you could learn some really helpful tips along the way. 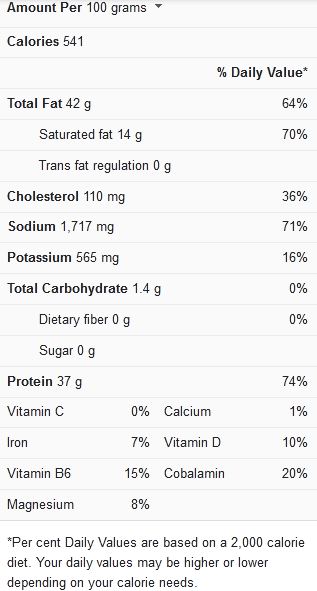 When cooking bacon with an air fryer oven, try keeping these tips in mind for the best results:

Mind the time and check the bacon– Set the timer for half of the intended air-drying time once you’ve determined how long you want to air fry your bacon. Check the outer edges of the bacon air fry tray at the halfway point and rotate the bacon if necessary. Food on the tray’s outer edges will cook faster.

Change the bread at intervals – If you plan to prepare more than one batch, you may need to replace the bread because it will soak up a lot of the grease and keep the smoking to a minimum, but it will start burning after 1 or 2 batches, depending on how long your air fry the bacon.

Air frying bacon may seem a little messy to handle. However, before you decide that the mess isn’t worth it, consider if you’d prefer the mess to be all over the stovetop rather than contained in the oven.

To choose whether you want to air fry bacon, it is important first to understand what happens when you use the air fry or convection bake features instead of traditional baking methods for cooking bacon.

A high-speed fan and superheated air are used for cooking or “frying” a meal. The bacon grease may be blasted around inside the oven when the fan is whirling. If this discourages you from air frying oily foods, you could still use an air fry tray with a drip pan but bake them using the standard baking function, which uses the top and bottom heating components. Crisp bacon will still be obtained. However, the baking time will be increased to 18-22 minutes.

Ensure to follow these steps when cooking bacon in an air fryer oven:

Preheat the oven, set the temperature to 400°F, and select the Air Fry feature.

Cover a sheet pan with heavy-duty aluminum foil while the oven is preheating. Place a sheet of parchment paper and two slices of bread on the foil.

Separate the bacon and arrange it on the air fry tray in a uniform layer. Make sure the tray isn’t too crowded so that the air can circulate adequately around the food while air-frying.

Place the air fry tray in the third position from the top when the oven beeps to indicate warmth.

Preheat the oven to 350°F and place the prepared baking sheet on the fifth rack. You may need to remove a track from the oven during air frying.

The following steps should be followed when air frying bacon:

You can find many interesting ideas for bacon recipes using an air fryer oven, such as in this video recipe.