Bacon is a staple breakfast recipe in almost every home. As such, it’s one of those dishes you grow accustomed to cooking at light speed. But not all bacon recipes need to be rushed, and such types even offer more delicious goodness upon finish.

For years, slow-roasted bacon has been a thing, though many feel they don’t have the patience for it. But those who do, enjoy a tasty, juicy experience at every bite. Plus, it can be added not only to breakfast meals but also to other recipes as well. And its leftovers make an excellent filling for sandwiches and burritos.

If you find yourself interested in slow-cooking bacon, then the oven is your best bet. But you may not know how to go about it, which is why this article exists. 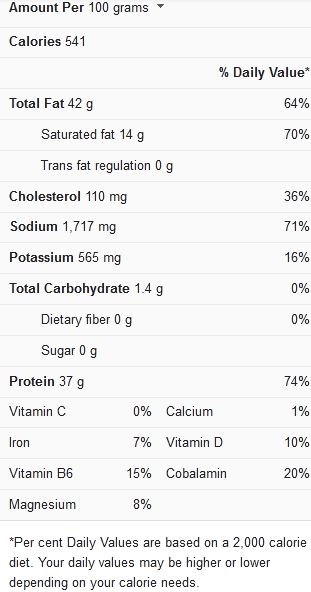 Why Slow-Cook Bacon in the Oven?

Many still subscribe to the idea that bacon isn’t something you should waste time on. And if you’ve heard this statement, you may feel considering this method may be pointless. But slow-cooking bacon does have its advantages, like these below;

It’s Cleaner: No need to worry about spatter all over your stovetop. The oven cooks the bacon so steadily that grease seeps out instead. And you’ll get the same crunch for less trouble.

It’s Economical: The oven had more space, meaning you could cook a large batch in one try.

It’s Convenient: Unlike the stovetop method, you only need to check the bacon once. After that, let your oven do the work.

Softer Bacon: Slow-cooking renders even the thickest bacon soft and less chewy. So, that’s a win for those who can’t eat the otherwise rubbery alternative.

Tips for Slow-cooking Bacon in the Oven

Before delving into this method, you’ll need to note a few things.

The point of slow-cooking bacon is to render it extremely soft and tender. And such is best experienced if you use thick cuts. Thinner cuts work too but let’s face it; they cook fast on the stovetop already. And the thick bacon will give you the best result with this method.

As with any slow-cooking technique, the key is to go low heat-wise. And the general rule is to set the oven at 350F maximum. At this temperature, most slow-cooked bacon would be done in about 30 minutes. In addition, extra-thick strips like Deli bacon may take almost an hour to cook fully.

As they cook, the grease will gradually seep into the baking sheet. And while your oven may escape a splatter onslaught, the baking sheet will be completely smeared. So, it’s best first to line the surface with foil or parchment paper before you begin. Both materials allow easier cleanup and reduce the hassle of washing off grease. You may notice it takes longer to cook bacon this way than with a naked pan. But parchment paper especially is a savior of cleanup.

Slow-cooking Bacon in the Oven

Now, let’s proceed to the steps you’ll need to Slow-cook bacon in an oven.

Set the oven so it heats to 350F. Some cook at a lesser temperature, meaning the recipe would take more time. But as a rule, never exceed 350F for oven slow-cooked bacon. And while you wait, line a rimmed baking sheet with foil or parchment paper.

Arrange the strips on the baking sheet, ensuring they don’t overlap. If the bacon doesn’t contain the lined pan, prepare another and make them in batches. But the chances of such happening are slim, as a typical baking sheet can cook enough bacon for five people.

Also, consider the sweet tooth at the table. So, try sprinkles of brown sugar, molasses, or powdered sweeteners like Splenda for the sweet tooths. And you can also glaze the strips with maple syrup or honey for a more adventurous take.

Of course, you can also skip all these steps and cook your bacon as it is. Eventually, the choice is entirely yours. But remember never to add salt, as bacon is already salty from its curing process.

At the 350F oven temperature, bacon will slow cook for about 25 to 30 minutes. However, if you use thinner classic bacon strips, the recipe will be done in 18 to 20 minutes. But thick cuts excel best with this method.

But note that halfway through the cooking time, you’ll have to rotate the pan by 180 degrees. This way, the strips in the tray will evenly cook.

Once the strips are cooked, move them to a plate lined with paper towels. Yes, bacon strips will not soak the grease back in, but the fat will stick to the meat if it’s left to go cold. So, let them drain in paper towels for a minute or two before serving. This option is also useful if you plan on keeping them overnight.