Most individuals have strong, typically negative opinions towards beets. However, we think that beets are greatly misunderstood food items, and understanding how to properly cook them can change people’s minds for the better. Finding a technique to cook beets in a way that makes you appreciate these deliciously complex vegetables is the key to truly enjoying them.

In this article, we’ll show you how to prepare beets and incorporate them into recipes so you can enjoy them. Also, take note of our recommendations and suggestions to help you arrive at the best possible results with beet recipes. 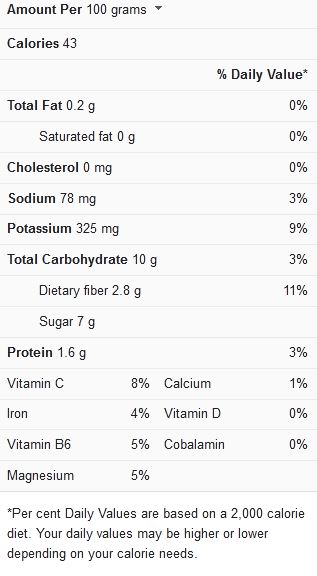 When cooking beets, you’ll be needing the following tips if you want the best results:

Choosing the right beets to buy – Beets come in various sizes, from radish-sized bits to fist-sized bulbs. Small to medium beets are suitable for most recipes. Large beets are ideal for roasting since they can withstand the high heat for an extended period of time while remaining toothsome and soft.

Look for beets that are mainly undamaged, with no cuts or dents in the skin, whether they’re red or golden beets. The taproot, a long, thin root that hangs from the bottom of the beet, should ideally still be there.

If the beet greens are still attached, seek vibrant, fresh leaves that aren’t wilted. Even if you aren’t planning on cooking the beet greens, the leaves will indicate how fresh the beets are.

Handling beets – Fabric will be stained by beet skins and juice, so use paper towels or a kitchen towel that you don’t mind getting dirty. If you’re handling beets, put on gloves if you have them.

Preparing beets before cooking – Because beets are a root vegetable that grows underground, you’ll want to scrub them well before cooking. Trim the tops of the stems and leaves. While some people peel beets before cooking, it’s a bit of a pain, and it’s not entirely essential. Once cooked, the skins easily peel away. If your beets are huge, chop them in half or halves to speed up the cooking process.

Freezing Beets – Beets that have been cut or sliced can be frozen whole, but larger, cooked beets will defrost to become gritty and mushy. The easiest way to use thawed cooked beets is to combine them into a smoothie, muffin batter, or a healthy vinaigrette dressing.

Eating raw beets – Beet greens and raw beets can be used in a variety of recipes. Beet greens can be thinly cut and added to salads raw. Because raw beets are harsh, they must be cut or shredded very thinly to be crispy and tasty. Slaws, salads and relishes all benefit from them.

Spiralizing raw beets is another option, and the beet is spiralized into long, thin, chewy, and crunchy strands. Raw beet noodles can be served with a simple vinaigrette or a rich dressing.

Cooking Beets on the Stove

This method of cooking beets is foolproof and easy, but some of the color from the beets will bleed into the cooking liquid. To avoid this and set the color, some people recommend adding a dash of vinegar or lemon juice. Despite this, the color still penetrates the cooking liquid, albeit less so.

Other methods of cooking beets include the following:

Cooking time for Beets on the Stove

The time to cook beets generally depends on the method you choose to use and the amount you cook. Ideally, follow these timing guidelines when cooking beets:

Note: Prick a beet using the tip of a knife, skewer, or fork to see whether it’s done. You should also be able to puncture the root with little difficulty.

This recipe for making beets produces tasty results that we’re sure you’ll love. If however, you need more ideas on how to cook beets, then you can check out this video recipe.