The spud family comprises lots of small tubers we’ve all come to enjoy. But mini potatoes are in a class of their own. They’re tasty, not too starchy, and can feed a large crowd easily. Plus, they’re pretty easy to cook, barely take time, and you don’t need to peel off their skin.

Mini potatoes also called baby, or little potatoes, have been a regular feature in tons of recipes for a long time. Their balanced flavor allows you to pair them with different spices and seasonings. You can also eat mini potatoes with meat, fish, eggs, seafood and even other vegetables. 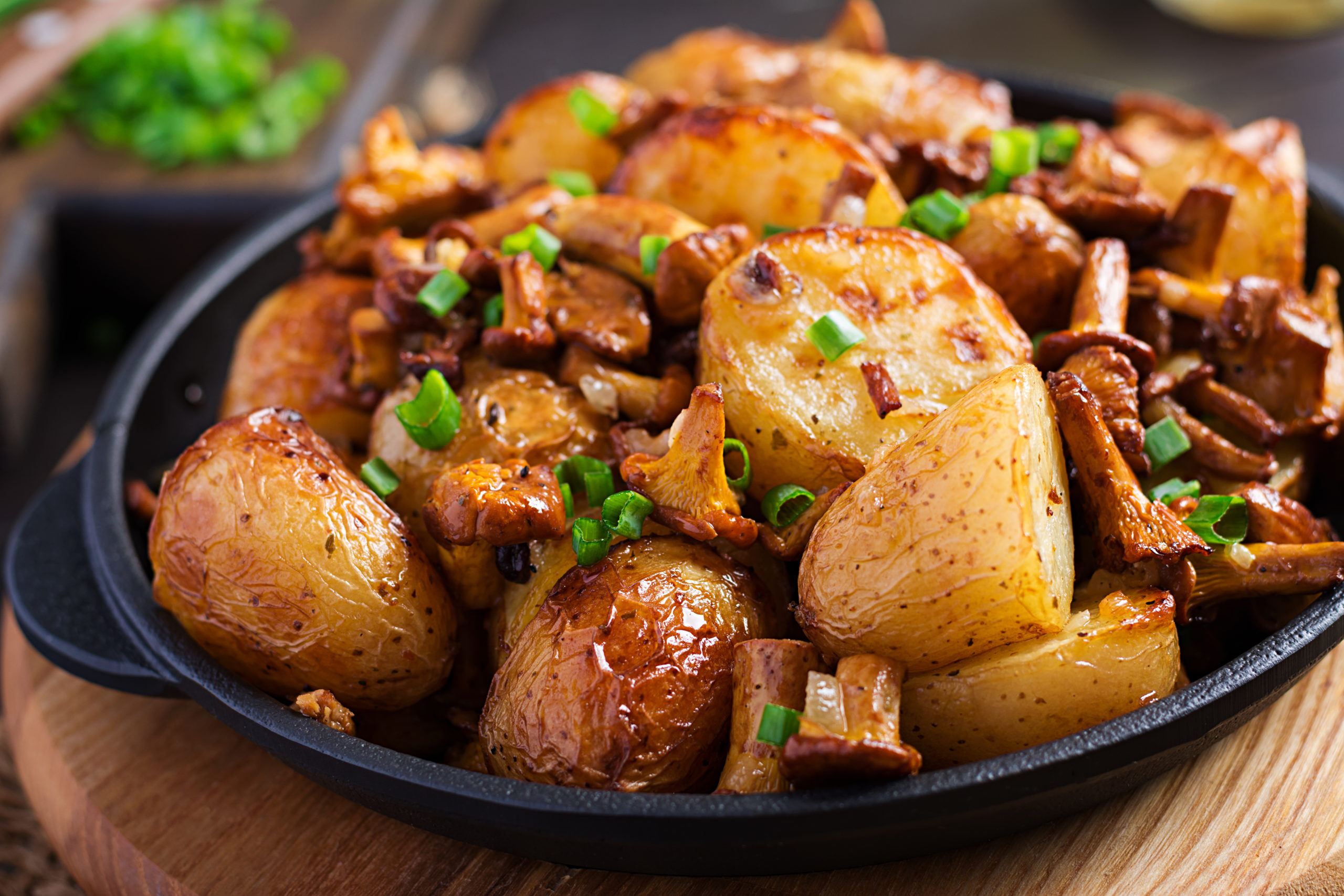 Before you cook little potatoes, you may want to put these hints in mind;

One thing we love about mini potatoes is you can cook them in lots of ways. And each method results in a distinct combination of flavors.

Put a saucepan on the stove, add some water and leave it to boil. Then, add the small potatoes and cook for about 12 to 15 minutes. You want them tender but not mushy. Once the potatoes are done, drain and toss in with pepper, salt, parsley, and oil, then serve. This method is the fastest way to cook and season mini potatoes.

Set the oven to preheat at 400F, then take the tiny potatoes and cut them in halves. In a bowl, toss them with oil till they’re fully coated, season, and toss again. Line a baking pan with parchment paper, and arrange the baby potatoes on it, cut-side down. Cook in the oven until the potatoes are fork-tender- for about 30 minutes.

Slice the small potatoes in half and toss with oil, pepper, and salt. Then, heat some olive oil at medium in a skillet and sauté some aromatics for two minutes, like onions or shallots. You can also add garlic to the sauté and cook for a minute before the potatoes.  Next, add the mini potatoes and stir with the aromatics. Then, cover the skillet and leave them to cook for about 10 to 12 minutes. Halfway through the cooking, be sure to stir the potatoes again. Uncover and increase the heat to medium-high when the time elapses and cook the potatoes, occasionally stirring till they brown lightly. The process should take about five to seven minutes. Adjust the seasoning if desired, and when the potatoes are ready, melt some butter in the skillet. Turn the heat off, add some chopped fresh herbs, toss, and serve warm.

Pierce the mini potatoes, each with a fork, and place them in a microwave-safe container. Then cook on HIGH for about five minutes, and take out the container. Toss the potatoes, return to the microwave and cook for another five minutes till the baby potatoes are tender.

Pat the washed small potatoes dry and cut them into halves. Then, toss them with oil, salt, and seasoning till they’re fully coated. Spread the baby potatoes evenly in the basket, and cook in the air fryer for ten minutes at 400F. Then take the basket out, toss, return and cook again for another ten minutes or until they’re crispy. Serve the air-fried mini potatoes warm.

Sauté butter and olive oil in the instant pot until hot, and then add the mini potatoes. Brown them for about five minutes per side. Next, add some seasoning, stock, pepper, and salt, then stir. Seal the lid and valve, and Pressure Cook on HIGH for five minutes. Once done, vent the valve and let the needle indicate zero pressure. Remove the cover, adjust seasoning to taste, and serve hot.

Toss the mini potatoes with oil, and thread them in sewers at six-per-stick. Line the potato skewers on the rack over medium heat and cook. Be sure to observe the skewers and turn around every three minutes. You want the small potatoes to turn crispy and be fork-tender. Add a drizzle of oil and season, then serve warm with a dip.

If you want more guidance on cooking mini potatoes, another recipe can be found in this video.