You’ve had a big dinner, and everyone’s eaten and drunk to their fill. And after saying your goodbyes, you’re left with a humongous pile of dirty dishes to clean. But it’s not a big deal- after all, you’ve got a dishwasher at your disposal. So, you load it with a hum on your lips and reach for the dishwasher detergent, only to discover you’ve run out. 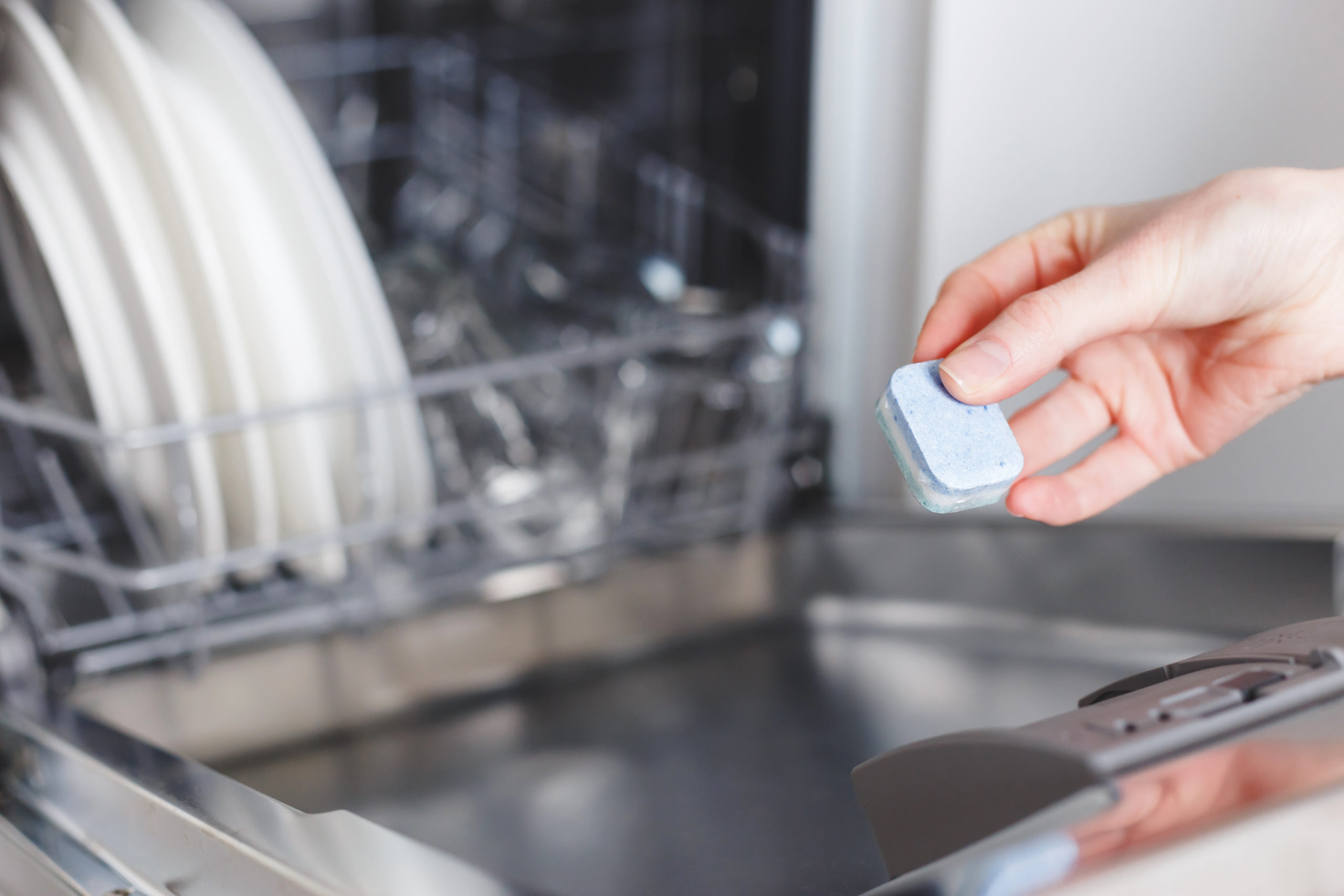 But what if you had a way to clean the dishes without dishwasher detergent? And what if these methods involve using items that are commonly known to you? Of course, it sounds too good but ask yourself a question before proceeding. What’s in a dishwashing detergent? And what makes it so dependable?

What Makes Dishwasher Detergents So Special?

In the world of domestic cleaning, numerous materials and formulas were released for our use. Among these were detergents, powder-based or tablet-shaped cleaning agents meant to offer fast-action for stain removal. These agents were initially created for laundry, but a new type was made for chinaware at some point. This dishwasher detergent comprises oxygen-based cleaning agents, alkaline salts, enzymes, anti-corrosion agents, and non-ionic surfactants.

The combination of these agents in dishwasher detergents may be partial or total. And the power of the soap depends on how each composition is blended. Overall, dishwasher detergents are designed to remove stains from dirty dishes while preventing the surfaces of the cutleries from getting corroded. Some also contain anti-foam agents for a more effective cleaning, starches, anti-caking agents, additives, and perfumes.

Knowing how powerfully effective your dishwasher detergent is, you may begin to feel there’s no hope for cleaning those dishes. But there is, and you can get right on it once you’re done reading. So, in times when you find yourself out of dishwasher detergent, consider these exciting emergency substitutes. Of course, they won’t be 100% as efficient as the detergent, but at least you won’t have to hand-wash them either. 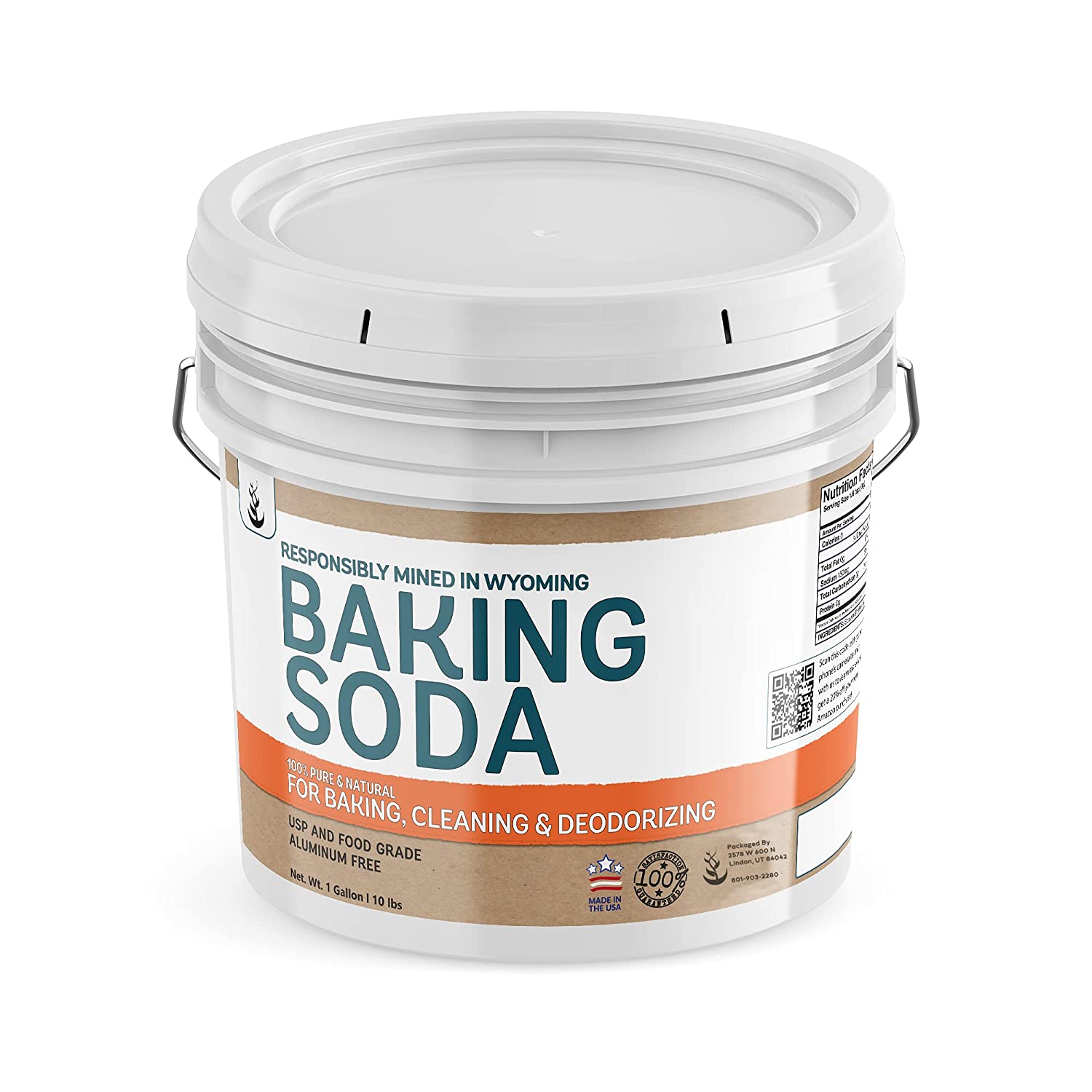 Most kitchens have employed baking soda in cleaning procedures for centuries, so it’s no shock that it makes this list. Baking soda has a gently abrasive nature that works through tough stains and offers a cleaner surface. This property is due to its sodium bicarbonate composition, which eats through organic smears with ease. And as a plus, the substitute absorbs odours as it washes, so the plates not only look but also smell clean. So, when you’re out of dishwasher detergent, replace it with equal amounts of baking soda, and your plates will be as clean as expected. 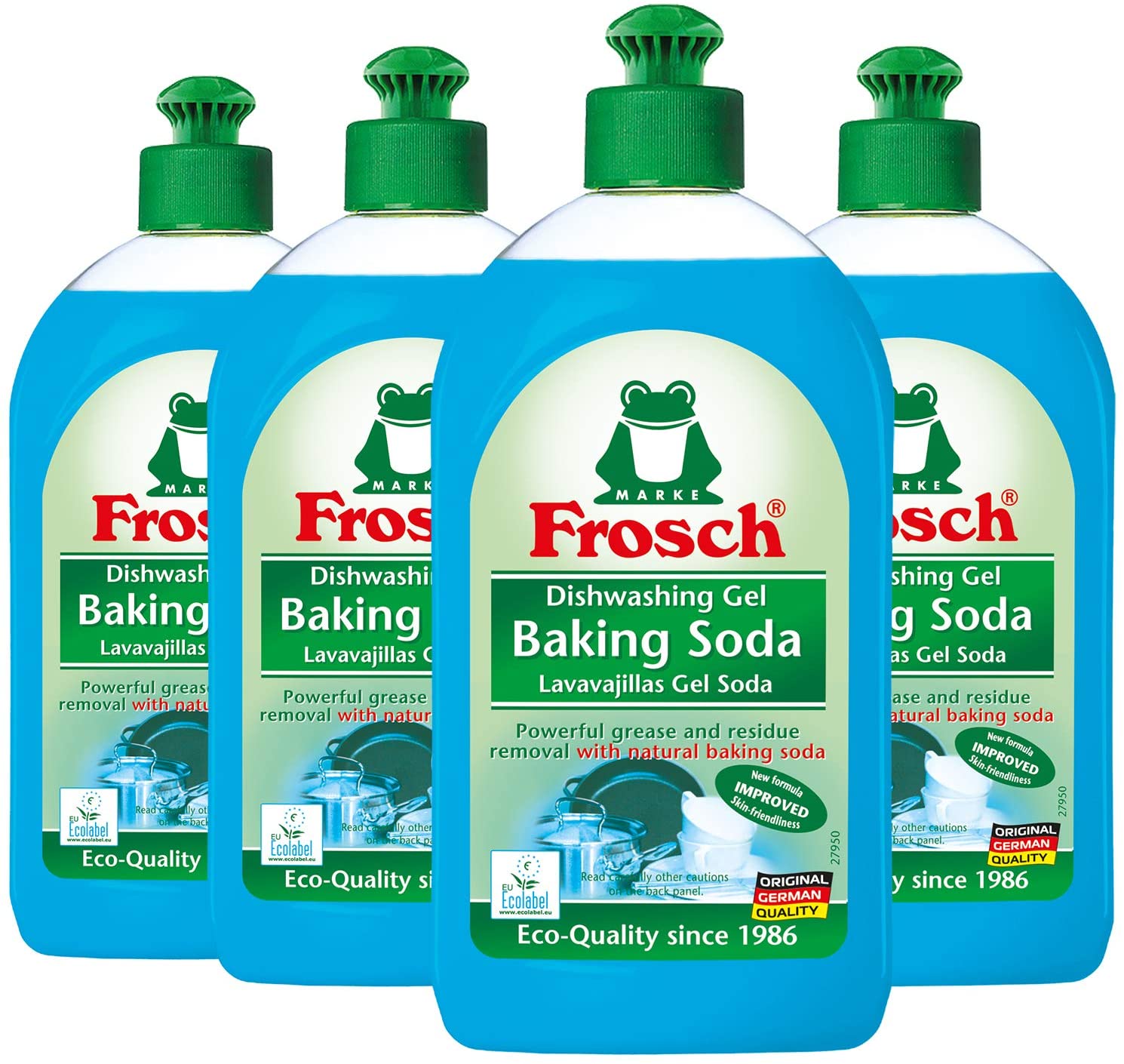 Some people feel their dishes aren’t comfortably washed without a bit of soapiness in the mix. In such cases, using baking soda alone may not give a convincing feeling. To improve on it, combine it with a minute amount of dishwasher soap before you activate the wash cycle. Note that the latter isn’t recommended for dishwasher use, as its foams can interrupt the water flow and flood your kitchen. So, about two or three drops are enough, after which you fill the detergent compartment with baking soda. 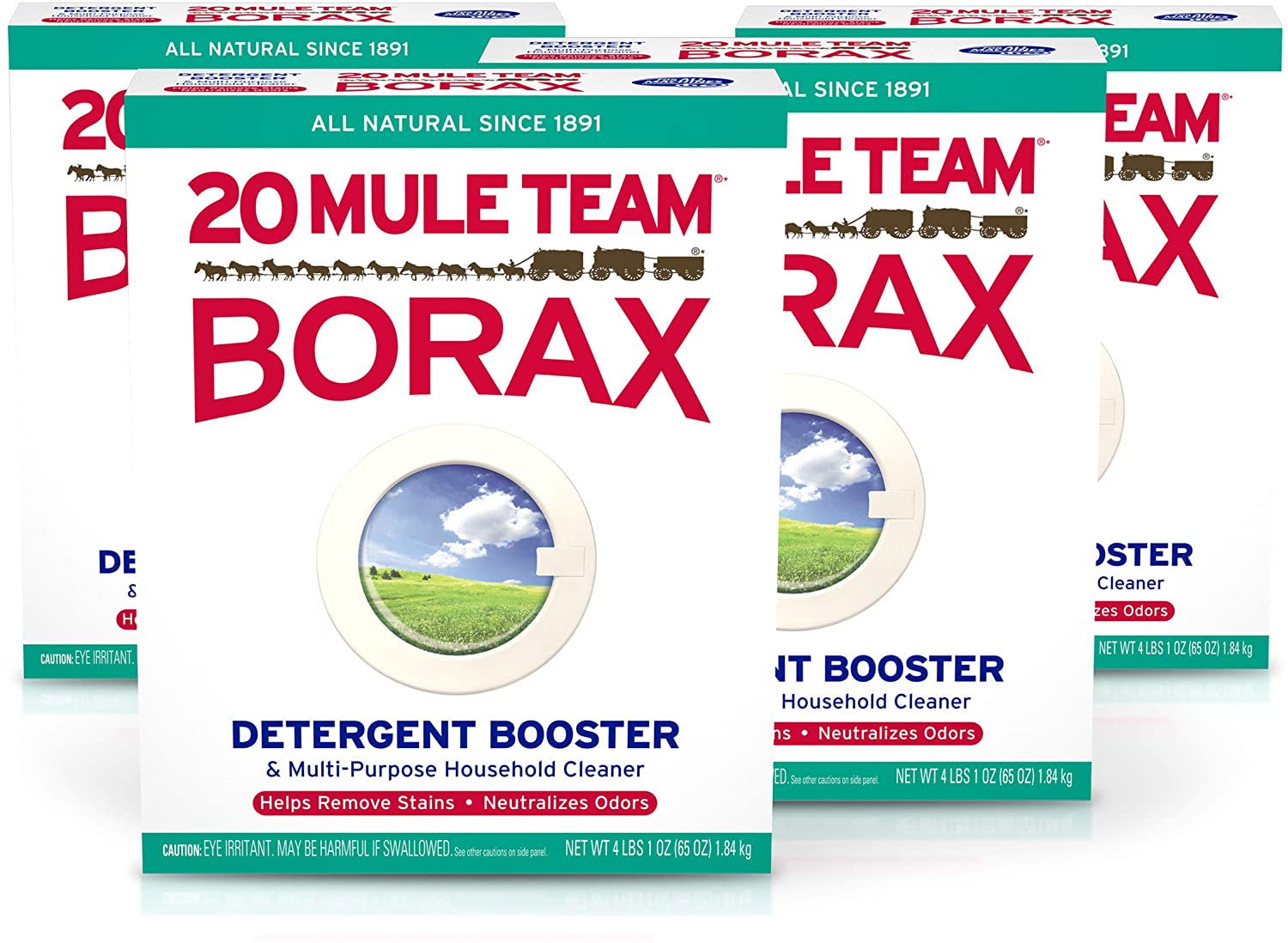 This ingredient has been a regular addition to cleaning compounds and mixtures for decades, including dishwasher detergents. Borax is also named sodium tetraborate and is a naturally occurring mineral salt with a powerful stain removing capacity. And as a plus, it has a decent germ-killing ability, making it an excellent emergency substitution for dishwasher detergent. When in need, fill the detergent compartment with equal amounts of borax, and your dishes will come out clean and germ-free. 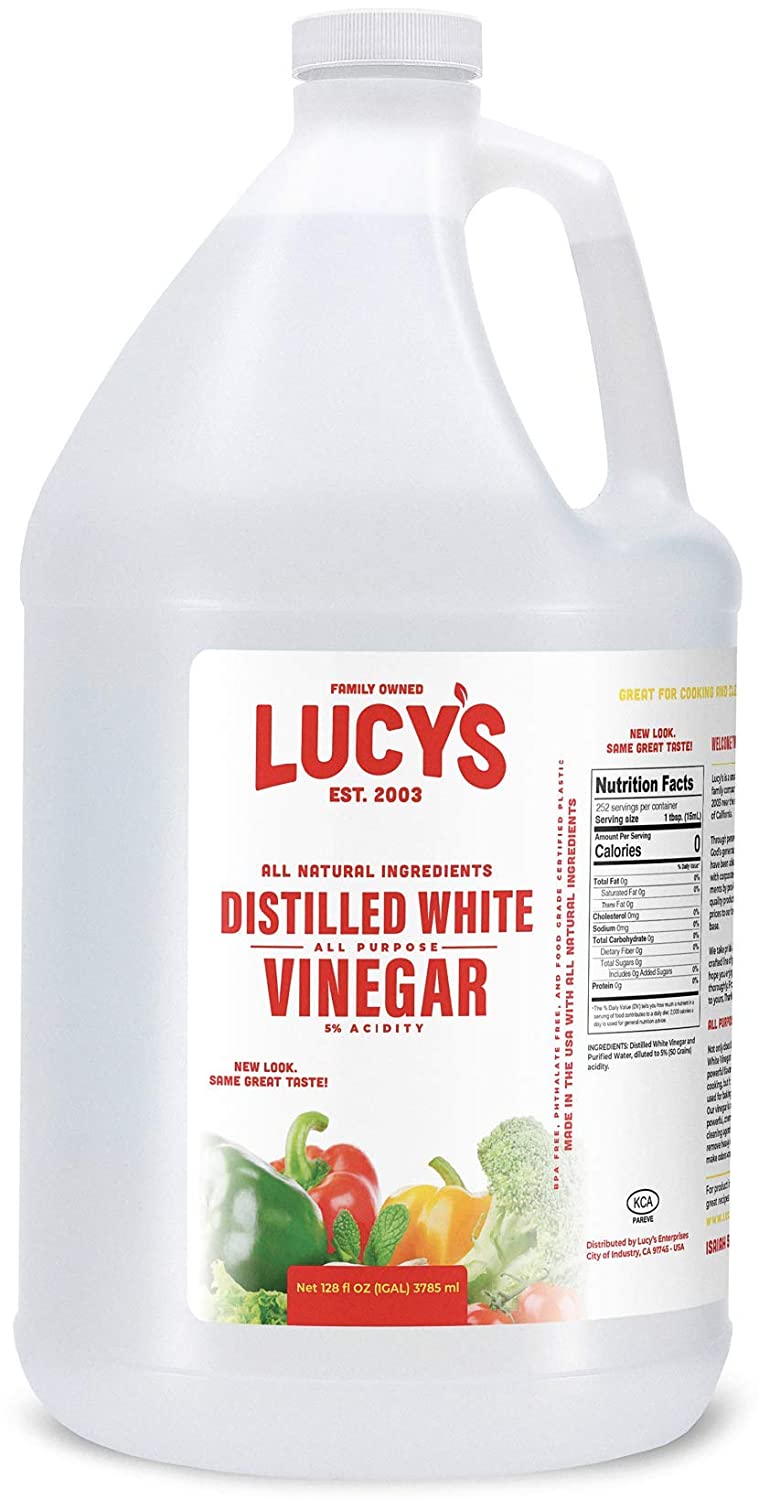 Vinegar, in general, is renowned for its acidic nature, which has been employed in removing laundry stains for years. Fortunately, it can also be used as a substitute for dishwasher detergent, specifically distilled white vinegar. The acidic component of this liquid eats through the stains, and combined with the water flow, rapid cleaning of dishes is possible. And this result is no surprise, as distilled white vinegar is also used to remove grease stains from clothes. Pour about 1½ cups of distilled white vinegar in a bowl and set the bowl on the top rack. And when the wash cycle is initiated, the water force will spread the vinegar to the rest of the dishes, causing them to clean up as expected. 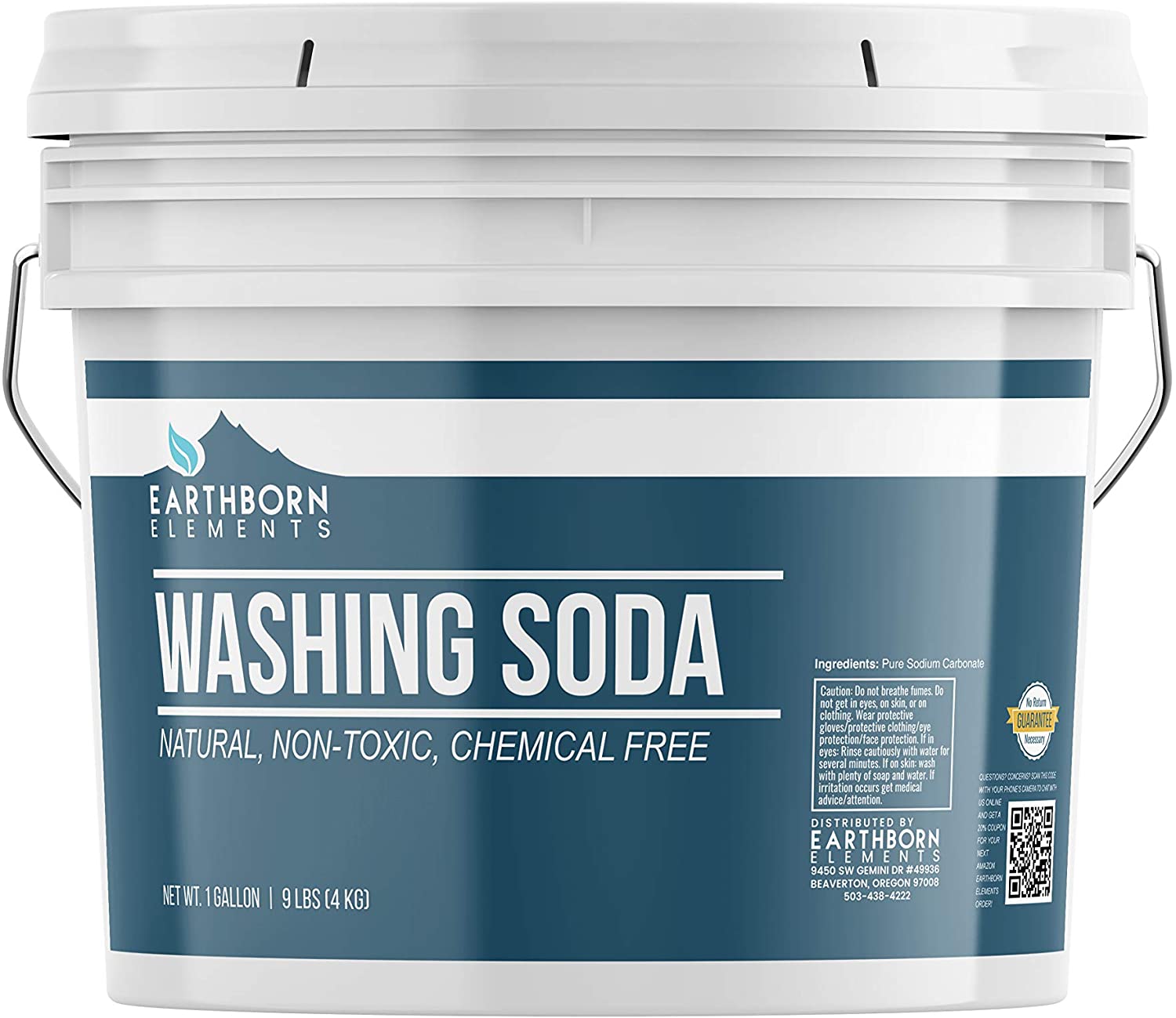 One of the best things about washing soda is that it’s excellent at treating hard water. Combine this factor with its stain-removal capacity, and you have a superb dishwasher detergent. Since it’s made of sodium carbonate, washing soda binds with the water to soften the intricate structures of stains. And because of this capacity, it’s been regularly used to remove stains and greasy buildup in dishes, pans, pots, and cooking surfaces. When using this substitute, add an equal part of it to the detergent compartment.

How can I use a dishwasher without detergent?

The first step is to clean the gunk or residue off the dishes in the sink. This step allows your alternative cleaning agent to perform best. Next, load the dishwasher and put some white vinegar in the detergent compartment, along with some rinsing aid. Then, program the dishwasher on the rinse cycle. The vinegar eats away the grease, while the rinsing aid allows the dishes to come out spotless.

How do you make homemade dishwasher detergent without baking soda?

If you don’t have baking soda, you can still use washing soda in its place for your DIY dishwasher detergent. Combine one cup of washing soda with ¼ cup of citric acid powder, and you’ll get an impressive result.

Can I use laundry detergent in the dishwasher?

In a way, yes. The composition in both types of detergents is somewhat similar, though laundry detergents are stronger. As such, it may not be thoroughly rinsed off the dishes when you’re done.

Whenever you run out of dishwasher soap, don’t assume the worst. That mountain of dishes can still be reduced to a clean collection of kitchenware. And any of these quick-fix suggestions can help you achieve that feat in little time. So, why not test them out next time you find yourself in need?