Onion is such a significant part of culinary, it is added to virtually every recipe from fried to boiled, to baked, to roasted ones, the list goes on. It is also the main ingredient in the famous creamy onion soup. The cream of onion soup is another variety of creamy soup used in making hearty recipes; the onion in the soup mixed with other ingredients gives an onion-cheese flavor that is extremely delicious.

Nonetheless, some factors may prompt the need for a substitute; let’s say you’re making your favorite recipe that needs the onion cream soup. You suddenly realize that you are all out; going to the store would be an uncomfortable task at that moment, or maybe you don’t enjoy the taste of the store-bought cream soup.

Whatever the reason is, it can be solved with just the right substitute, which we would be looking at in this article. 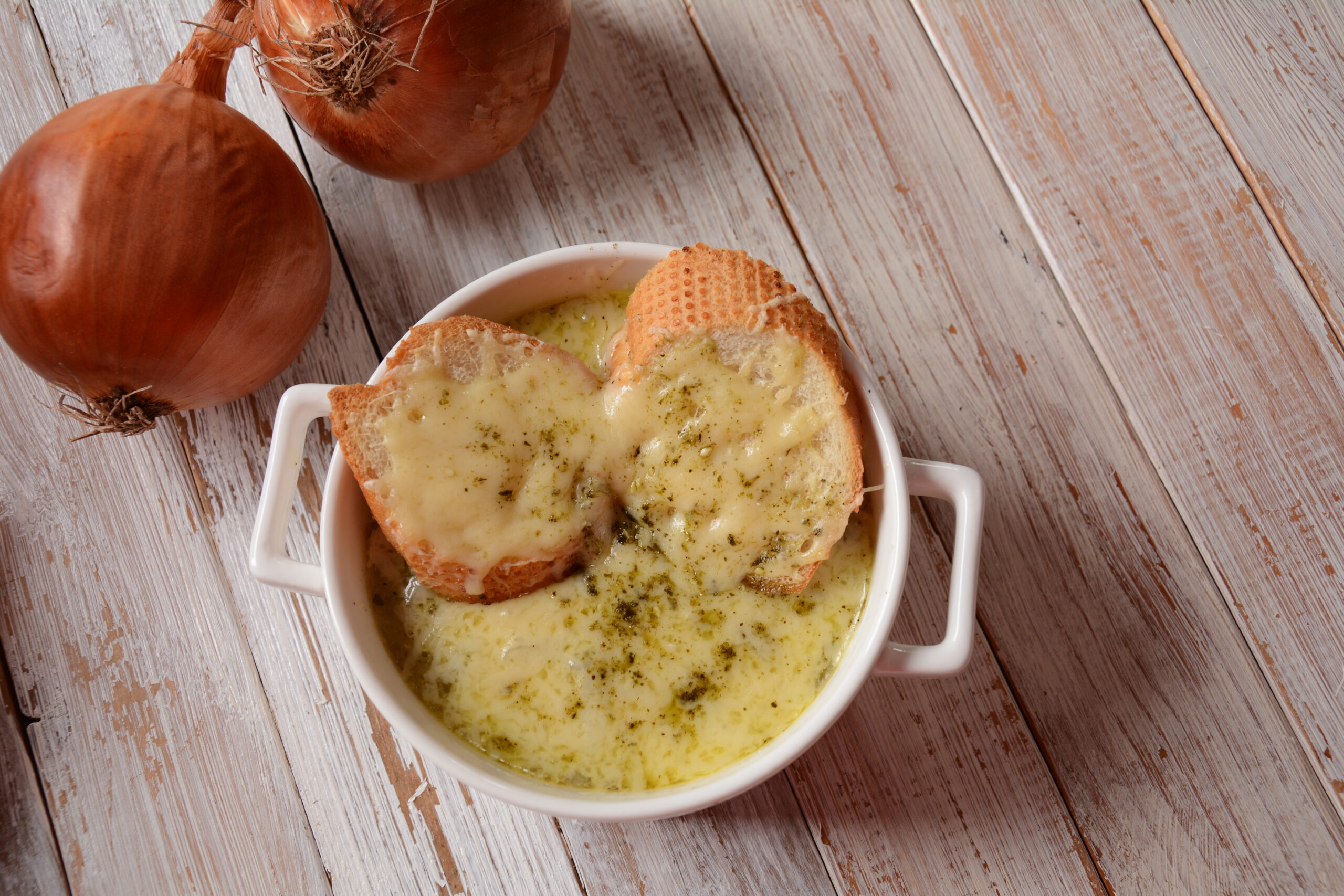 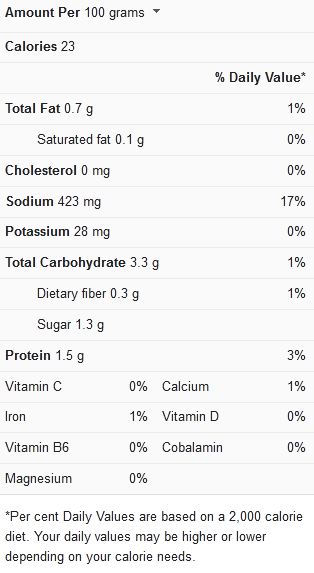 What is the Cream of Onion Soup?

Cream of onion soup is a cream soup with its main flavoring. The soup is rich, creamy, and packed with the sweet flavor of onions. Like most cream soups, a creamy ingredient would be needed as a base ingredient and other seasoning and the main flavoring, whether onion, shrimp, mushroom, etc.

The cream of onion soup usually contains onion as the main soup flavor, heavy cream (or any ideal cream), spices, and broth. The ingredients vary depending on the recipe; other ingredients may be added to these listed based on the individual’s preference or the manufacturer’s recipe.

Onion is a very nutritious vegetable; it has a low caloric content but is high in vitamin C, vitamin B9, vitamin B6, and potassium. Onion also contains antioxidants and may help the body fight off cancerous cells, improve digestive health, and boost bone density. When added to recipes, it is extremely nutritious and tasty, so having onion in your meal would benefit your health.

Onions have a natural sweet sugar taste in them; when cooked or fried, they release a flavorsome caramelized taste; this delicious onion flavor adds to the overall flavor of the onion soup.

Cream of onion soup can also be used on its own as a dipping sauce or as a base ingredient for several recipes. It is served with salad, crusty bread, casseroles, soups, cooked meats, rice, potato dishes, etc.

Some delectable recipes that incorporate the cream of onion soup in them are:

Cream of onion soup is a delicious and easy way to add a cream base to your recipe; it is used in several creamy recipes and is commonly available in grocery stores. However, most people may call for a substitute when they run out of this ingredient and can’t get to the store last minute; others dislike the taste of the store-bought ones and need something else to replace it. In contrast, others would like a creamy soup recipe to decide the number of carbs, usually resulting in the homemade version. 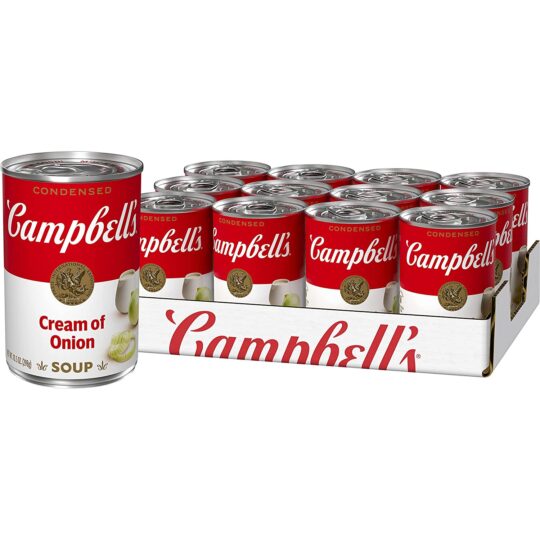 Many persons may not prefer the store-bought cream of onion soup because of taste, nutritional profile, or dietary restrictions, so making one for yourself would be a good option. It may not be the quickest substitute, but it sure is a healthier and fresher one.

According to Berly’s kitchen, to make one of your own, you’ll need 1/2 sliced or diced onions, 1/2 cup milk, 1/4 cup of flour or any other thickener of your choice, one tablespoon unsalted butter, 3/4 cup vegetable or chicken broth, 1/8 teaspoon garlic powder, 1/8 teaspoon paprika, salt, and pepper. You can add any extra ingredient if you choose to.

Start by mixing the flour(or any other thickener) with milk until smooth consistency.

Place a saucepan over low-medium heat and add your butter to melt; add the onions and stir until it begins to caramelize and brown slightly.

Add the broth, garlic powder, paprika, salt, pepper, and stir; allow the broth to come to a simmer.

Pour the milk and flour mixture into the simmering broth and stir until the soup thickens. At about 3 to 5 minutes, the soup would have gotten a fine texture and taste; then, you can remove it from heat and serve. 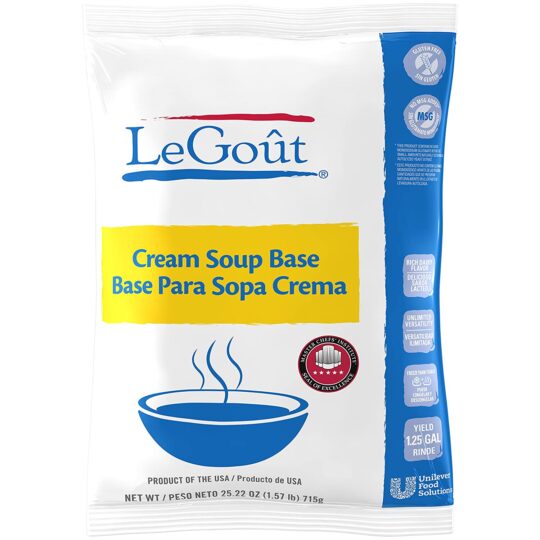 In cases when you’re in a hurry, using other types of cream soups would be a good idea. Since they have a creamy base, they would also have the texture of cream of onion soup, but that would not carry the unique onion taste.

For the best substitutes, use mushroom or celery soup canned cream.

How long would a homemade cream of onion soup last?

Proper storing is key; when stored in an airtight container inside a refrigerator, it would last for 3-4 days.

What does caramelizing the onion do to the soup recipe?

When the onion is Caramelized in butter, it releases a sweet flavor that mixes with other ingredients to form a delicious soup recipe.

Is French soup the same as cream of onion soup?

They are not that different, but the French soup uses yellow onion and may carry more flavor than the cream of onion soup because of red wine or Brandy.

Cream of onion soup is a hearty, delicious, and nutritious soup that can be used on its own or in another recipe. In cases when you want a substitute for it, the best option would be to make one of your own, but if you’re in a hurry, you could grab another cream base soup like the mushroom or Celery.