You’ve come to the right site if you want to know what rye whiskey tastes like. Rye is a grain that accounts for most of this spirit’s malt bill. It’s a lot sweeter than Bourbon, but it’s also flavorful. It’s been described as tasting like rye bread by some, although no one can say for sure. This article will assist you in deciding which whiskey to sample and provide information on its flavor profile. 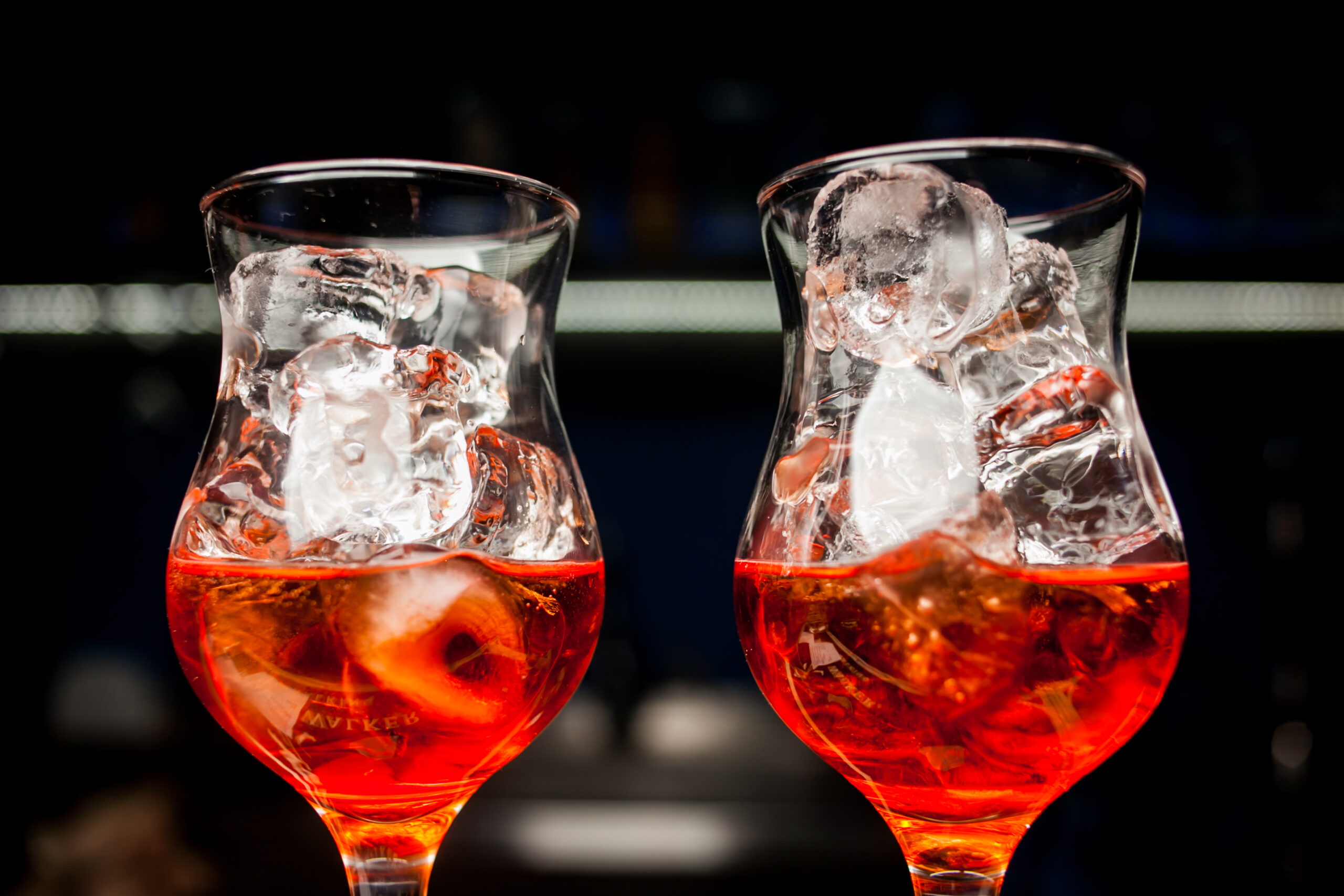 Rye is a grass that belongs to the wheat family and is closely linked to barley. Rye has a peppery, gritty, hard-edged flavor similar to Bourbon. The base grain is the major distinction between rye whiskey and Bourbon, and fennel is more prevalent in Canadian rye whiskey than in American Bourbon. On the other hand, Canadian Bourbon isn’t strictly rye because its standards don’t demand it. This is because the aging process can alter the flavor of the liquor.

What is Rye Whiskey?

Rye whiskey is a type of whiskey that uses rye as the primary grain. This word can refer to either American rye whiskey with at least 51 percent rye mash or Canadian whisky with or without rye. It is not required by Canadian rules to contain rye, even though it has in the past. Many other countries produce rye whiskies, some of which are exceptional and have lately earned top awards in international spirit competitions. Like American rye whiskies, these will have a label stating that they are manufactured entirely of rye whisky.

Corn, malted barley, and wheat are also used to make American rye whiskey, which must include at least 51 percent rye. It must be distilled to 80 percent ABV and placed into barrels at 62.5 percent ABV. To be considered straight ‘rye whiskey,’ it must be matured for at least two years and not combined with any other spirits. Although rye isn’t required in Canada, the whiskey must have a flavor profile historically associated with Canadian whiskey, and rye qualities are included in that profile. Most Canadian whiskies nowadays are blended to acquire this characteristic. They employ a small quantity of flavoring made from a rye mash (the porridge made to form the liquid subsequently fermented and distilled in whiskey manufacture). However, the combination can be as much as 90% corn or wheat in most cases.

Some whiskies are 100 percent rye, as there are elsewhere, and Canadian whiskey has a few additional rules: barrels must be no larger than 700 liters, and the liquor must be aged for three years, just like Scotch. The barrels can be new or used, unlike Bourbon (but again, like Scotch).

Rye whiskey has a grassy and peppery flavor, and the finish is known for being distinctively spicy. There may be oak, smoke, or fruit hints, but these characteristics vary greatly from brand to brand. Compared to Bourbon, rye whiskey typically has a more assertive flavor and a spicier profile.

The peppery bite of rye whiskey is a spicy splash of flavor that rushes over the palette with each sip. Of course, some are more aggressive than others, but with rye grain accounting for most of the malt bill, you’re guaranteed to get a whiff of that distinctive sting. In contrast to corn-based liquors like Bourbon, which may emit a honeyed sweetness, rye whiskey leans more toward the salty side. Consider the difference between rye and cornbread, and see what I mean.

Aside from that zesty edge, rye has a wide range of flavors. Some are huge and bold, with long, drawn-out finishes that leave your throat sweltering. Some are more abrasive at first but thin enough to dry quickly after swallowing. Like a sneaky Thai chile, some have a delayed burn as you sip, starting out pleasant and gradually growing in complexity. It all depends on your personal preferences.

When it’s ready, some rye experts, like those behind Vermont’s WhistlePig, place their crop into barrels that previously housed other types of liquor, such as Cognac, Armagnac, Madeira, or wine, allowing it to absorb all the previous occupants left behind. Cask finishing is a procedure that allows producers to experiment with diverse flavor profiles while still keeping the straight rye certification. In addition, it’s quite tasty.

What is the Process of Making Rye Whiskey?

To be called American rye whiskey, a spirit must adhere to tight regulatory guidelines. The mash (also known as the starchy soup, or wort, that provides the sugars for fermentation) must include at least 51 percent rye grain, and the remaining 49 percent of the bill is usually corn, wheat, or malted barley.

Second rule: The initial alcoholic content of certified rye whiskey cannot exceed 160 proofs (roughly 80 percent alcohol). After all of that sweet, sweet liquor has been removed from the fermented wort, it is diluted to a maximum of 125 proof, or 62.5 percent alcohol by volume (ABV). The liquid is then piped into charred (that is, burnt to a crisp inside) and new (that is, never used before) oak barrels and left to age.

Straight rye whiskey should be aged for at least two years, though many distilleries like to leave it to sit for a bit longer for a richer, more nuanced flavor. It’s also worth noting that straight rye cannot be combined with any other alcohol throughout this process. What is pure is pure.

Here are some of the most popular rye whiskey drinks that showcase its peppery flavor: 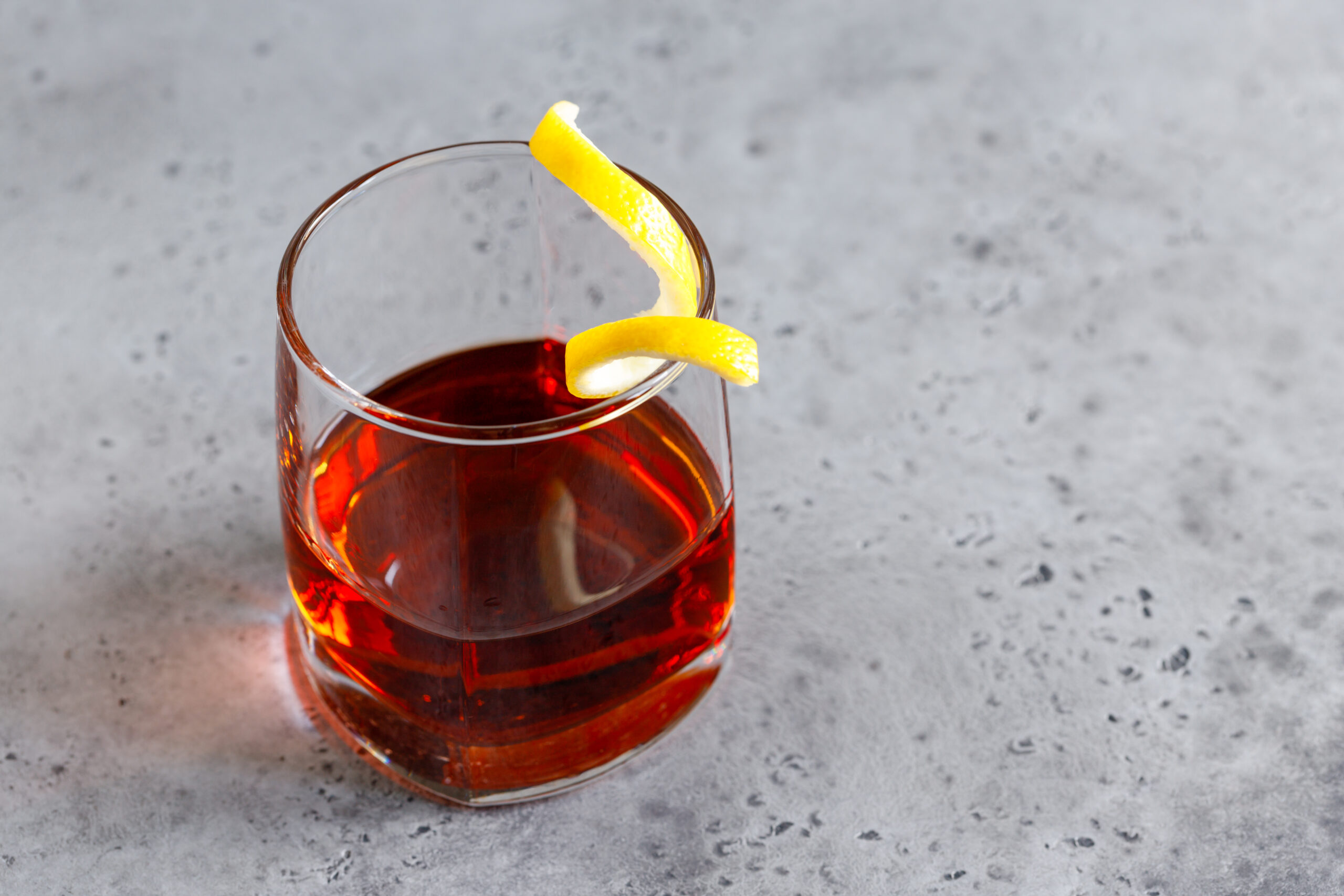 What is the Best Way to Drink Rye Whiskey?

The inherent adaptability of all whiskeys is one of the coolest aspects. Unlike more delicate spirits like gin or vodka, rye has a solid grain basis and a long maturation period, making it substantial enough to sip straight. You don’t even need ice to enjoy it—in fact, most experts will advise you to leave the cubes out if you truly want to taste your drink.

Do you consider yourself to be a cocktail expert? Old-fashioneds, Manhattans, Sazeracs, Boulevardiers, and Vieux Carrés are just a few famous cocktails that use rye as a base. It’s also a great substitute for Bourbon in mint juleps, whiskey sours, and Bourbon smashes. If you’re looking for something different, take your hand at making a cocktail at your favorite bar.

What Makes Rye Whiskey So Special?

According to Taylor, “Rye is a flexible ingredient and shines nicely when it’s young.” “A lot of flavors come out in younger rye, and rye as a grain has these qualities that shine through in a way that is a little bit different than how the maize in bourbon comes through,” This is one of the main reasons why rye whiskey is becoming increasingly popular among boutique distilleries.

Is Rye whiskey Suitable for Sipping?

Rye whiskey, particularly high-quality rye whiskey, is fantastic for sipping and drinking slowly. If a bottle of whiskey has an alcohol proof of between 90 and 100, was aged at least four years, was produced in a charred barrel, and was bottled in bond, it will be suitable for drinking.

Is There a Difference in Flavour between Rye Whiskey and Regular Whiskey?

Both rye and Bourbon are made with various primary components, contributing to the spirit’s flavor profile. Bourbon is produced from maize mash, which results in a sweet and full-bodied flavor. On the other hand, rye whiskey is produced from rye mash, resulting in peppery and dry characteristics. Rye has a propensity to possess a more robust flavor than other grains.

Is Rye Whiskey Similar to Scotch?

It would appear that the taste you get from a rye whiskey, which can originate from either the United States or Canada, and a Scotch, which can be made from malt or grain (or a blend) and needs to be aged for at least three years, is that ryes have a tendency to be a little bit spicy, while Scotches have a bit more of a honey flavor to them. Rye whiskeys can come from either the United States or Canada.

A rye whiskey with a higher rye content will have a sour flavor. This is a wonderful option if you want a drink with a sweeter flavor. Some of the climbs are too difficult for beginners. The first thing to understand is that rye whiskey and Bourbon are not the same things. Both have distinct tastes, and rye whiskey has a sweeter flavor than Bourbon. While each whiskey has its own distinct features, they are generally comparable. If you’re looking for a rye-flavored bourbon, stick with a brand you’re already familiar with.

The flavor of rye whiskey is peculiar, and its distinctive grain distinguishes it from other whiskeys. A bourbon, for example, will include more rye than a bourbon. On the other hand, rye whiskey is more like corn whiskey, and it has a rye content of 51% and a corn content of 49%. This is an excellent method for locating a rye whiskey that you will appreciate.