Potatoes are high in carbs, fiber, potassium, protein, and various other minerals. Notably, this versatile ingredient can be used in various dishes, including French fries, potato soup, potato salad, potato dumplings, and more.

The carbohydrate content of a medium-cooked potato is around 36 grams. The potato soup is packed with nutrients and vitality. The issue with a soup that includes potatoes as an essential ingredient is that it will be heavy in carbohydrates.

This may lead you to consider other alternatives you can use in your soup in place of potatoes. Don’t worry much; I have highlighted some remarkable potato substitutes in soup.

Read on as you learn more about potatoes, how they are efficiently used in your soup, plus excellent potato substitutes in soup you can use. 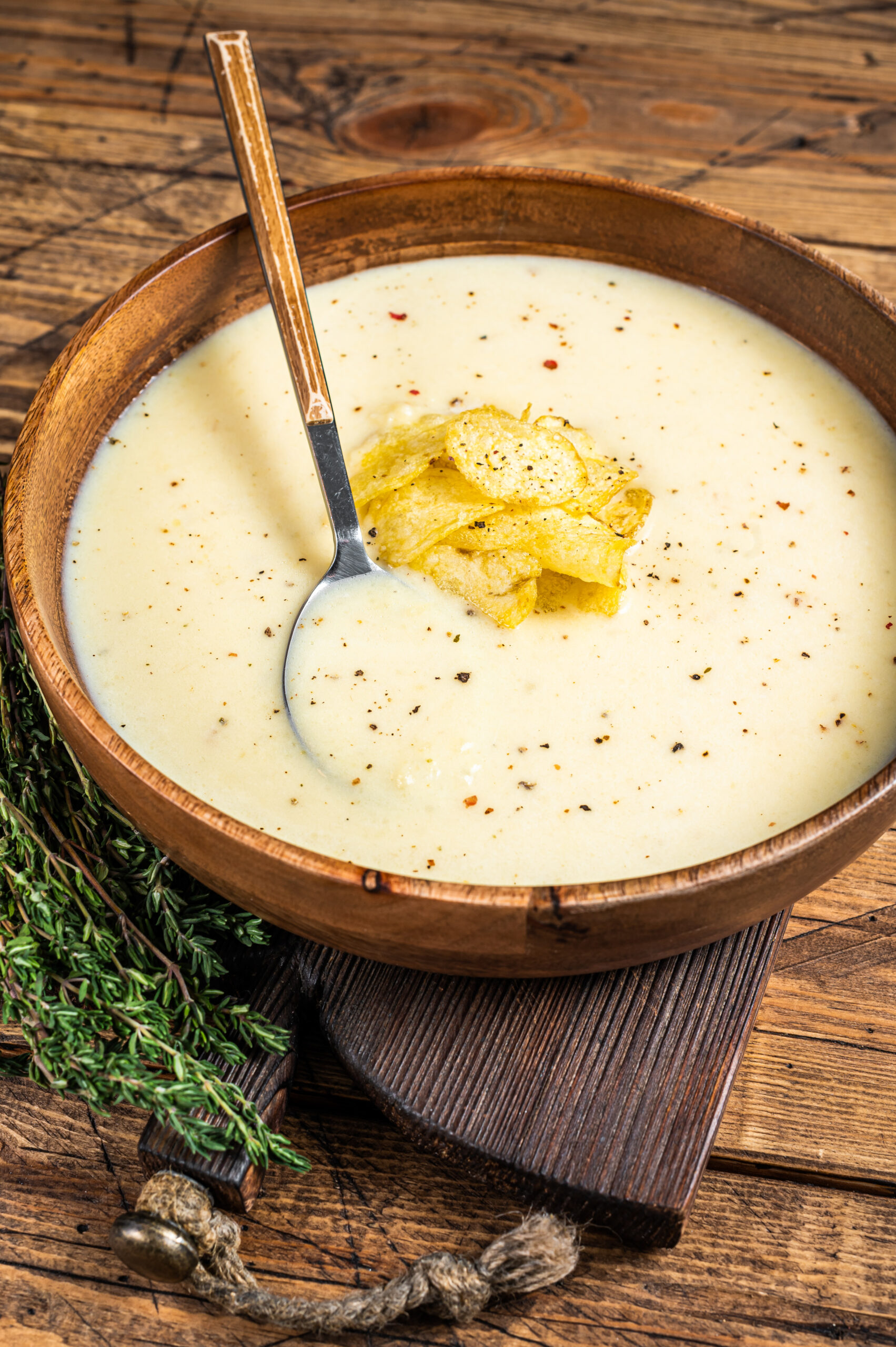 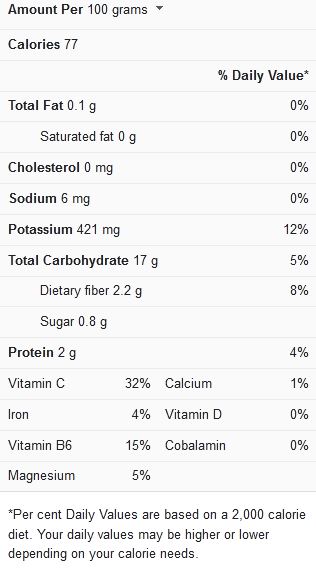 Potato (Solanum tuberosum) is nightshade (Solanaceae) annual plant used for its starchy edible tubers. The potato is a staple food crop that originated in the Peruvian-Bolivian Andes.

Potatoes are commonly served whole or mashed as a cooked vegetable in soups. Apart from being used in soups, they are also processed into potato flour, baking, and as a sauce thickening.

Vitamin C, protein, thiamin, and niacin are all found in the tubers, which are extremely digestible. Potatoes are high in carbs, fiber, potassium, protein, and various other minerals. Notably, a medium-baked potato has roughly 36 grams of carbohydrate.

Potatoes are always a good addition to your soup recipes. In your soup, you may use this versatile ingredient in a variety of ways:

Soup is comfort food that warms you up from the inside out. It’s even possible to call it the ultimate winter meal. While potatoes are a typical ingredient in soups, what if you don’t have any on hand or want a healthier alternative? What do you do?

These are some other good potato substitutes that will still produce a delicious soup: 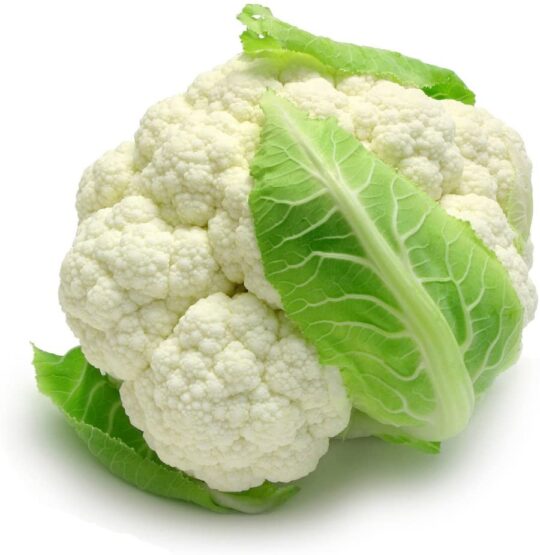 In your soup recipe, cauliflower is the ideal substitute for potatoes.

Cauliflower is a great alternative to traditional mashed potato soup. This vegetable has an extremely low carbohydrate content. Cauliflower has almost 3 grams of carbs in a half-cup serving.

Notably, cauliflower is a low-fat, low-sodium, high-fiber, and mineral-rich vegetable. In comparison to potatoes, cauliflower has fewer calories. As a result, adding cauliflower to potato soups reduces calories by three-quarters.

It can be used in place of potatoes because they are both white. It has a similar appearance to potato, so it can be used without changing the color of the dish. Furthermore, this vegetable has a lower carbohydrate content than potatoes. 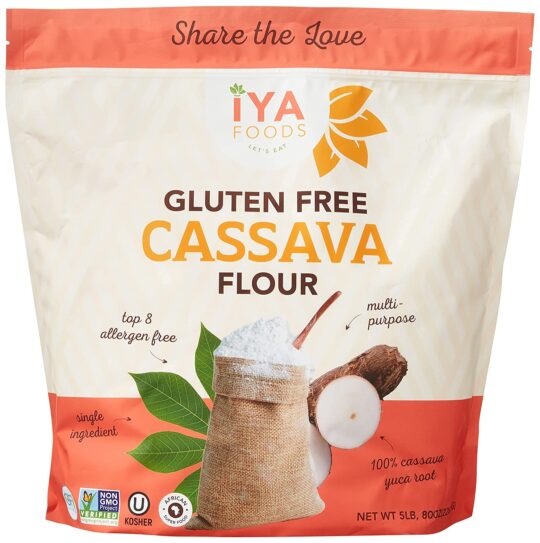 Yes, cassava is another good replacement for potatoes in your soup recipe.

Cassava is a root vegetable widely grown in Brazil, Asia, Africa, and Polynesia. They are similar to potatoes, but they are denser and more starchy.

Cassava is consumed in a variety of ways and recipes. In Africa, for example, cassava is cooked and pounded to form “Fufu,” which is served with virtually every meal. In Polynesia, “Vakalolo” is made with cooked cassava and coconut in a caramelized coconut sauce.

Instead of using the root, the leaves are used in this cassava soup recipe. It is also incredibly hearty, so it’ll keep you full and energized throughout the day.

In addition, for this meal, you can use any meat that you prefer and have on hand. If you have never tasted cassava, you should try it in this soup. 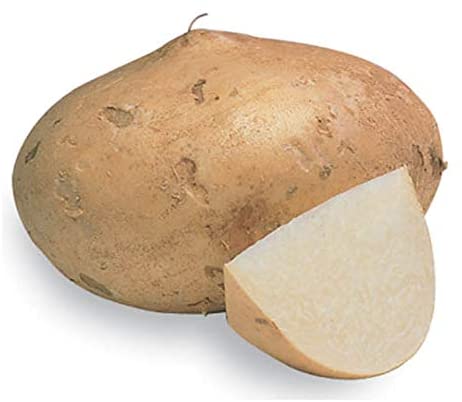 Jicama is a root vegetable with a globe form; it belongs to the potato family. This root vegetable has a sweet and nutty flavor with crisp white flesh.

Jicama is a fantastic substitute for potatoes in soup because it has a mild flavor by nature. Jicama has 6 grams of carbohydrate and 25 calories per half-cup.

In a soup, jicama can be used in place of potatoes. Both potatoes are from the same family and have a similar feel. Jicama has a lower carbohydrate content than potatoes.

As a result, if you’re looking for a low-carbohydrate alternative to potatoes in soup, this is your best bet.

Is it necessary to boil the potatoes before adding them to the soup?

It is unnecessary to boil the potatoes before using them in the soup. Just make sure you add them in with enough time to simmer without overcooking the rest of the soup’s ingredients. This usually takes 10 to 15 minutes for diced potatoes.

What is the best soup thickening substitute?

Tapioca flour is the greatest thickening agent for thickening soup. It’s ideal because it doesn’t change the flavor of your soup and requires a small quantity to thicken it. It’s also low in salt, fat, and cholesterol, making it great for anyone striving to eat better.

What vegetable has the most potato flavor?

Cauliflower is the vegetable that most closely resembles potatoes in flavor. Mashed cauliflower is frequently used in place of mashed potatoes. Cauliflower is also recognized as healthier than potatoes and has numerous health benefits.

Potato is always an excellent addition to soups, but you need other options, especially if you enjoy trying different things.

The above substitutions can be used in soups that call for potato as the main ingredient. By employing these finest alternatives, you can enjoy soups with these veggies and offer your mouth a little different taste.

However, since potatoes have no flavor, they are often tolerated by those who dislike vegetables. You may also need to consider this when substituting potatoes in the soup.