Do you have leftover icing that you’re unsure what to do with? Could you not get rid of it? You can use your icing for a delicious treat if you have some sweet inspiration. Only true cake bakers understand how wasteful it can be to make a cake. Sometimes the recipe is too large, resulting in far too much batter. After leveling the cake to be decorated, you find yourself throwing away the tops. 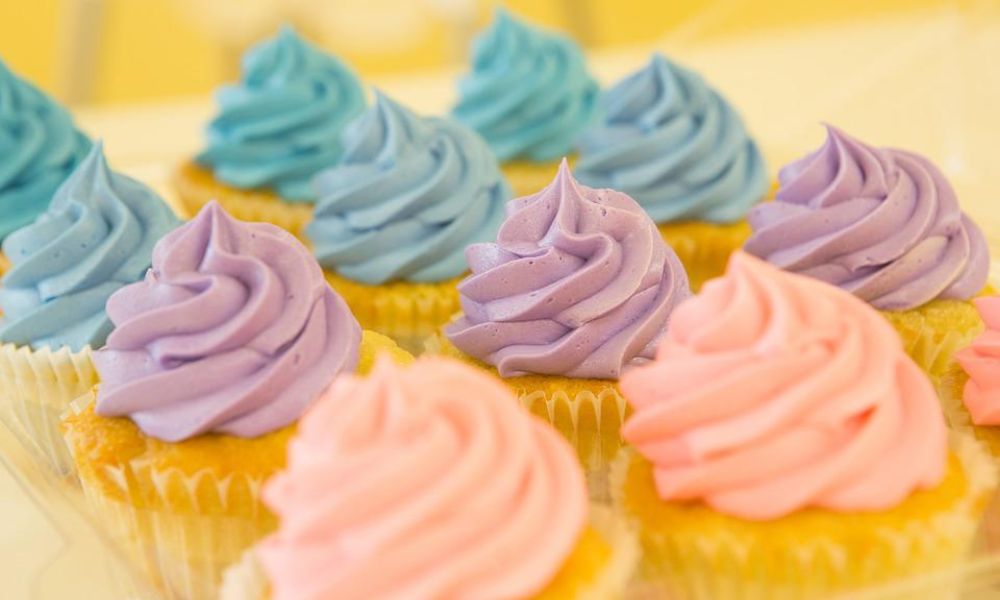 And anyone who has ever carved a cake into a complicated shape knows how much cake ends up in the trash. There has to be a better way to make a cake that doesn’t involve throwing away perfectly good cake or batter, and there is, indeed!

If you realize you have too much icing, one natural solution is to make more food to accompany it. This worked best when making desserts for others and overestimated how much frosting you’d put on the food. Assuming you have the batter and the remaining ingredients to make more, this is a simple way to use up any leftover icing, regardless of flavor.

Another good way to use icing is to make cake pops, especially if you don’t have enough cake batter to make another full cake. Cake pops are leftover, freshly baked, or store-bought cake crumbs. Crumble the cake, combine it with the icing, and shape it into balls. Then, dip each ball into melted icing, allow it to set, and insert a stick to make it “pop.” Decorate to taste.

Icing is frequently too thick for many dessert applications, but thankfully, it is fairly simple to modify it and turn it into something we can use in other recipes. Adding some milk (or a plant-based alternative) to most standard buttercream icings can transform them into glazes rather than the type of icing you’d see on a cake. We can use this glaze to top cookies, cinnamon rolls, and other desserts that benefit from a thinner glaze.

Making mints out of leftover icing may be a good step for you if you enjoy adding the taste of mint to your treats for a cool and refreshing feeling on the tongue. These mints are commonly referred to as butter mints due to their high butter content and are fairly simple to make, so you won’t need a lot of experience in making confectionaries to enjoy them. Butter mints can also be flavored with other ingredients, and because they share many characteristics with standard buttercream icing, they can be a fun and colorful treat.

Making it a Spread

Just as people use butter and jam as spreads on healthier snacks, you can turn leftover icing into a dessert spread. Often, you don’t even need to change the ingredients or the icing all that much to accomplish this. All you need is something on which to spread the icing, like plain graham crackers or fairly plain cookies. This way, you can use your icing without having to dig through your baking supplies to create something new.

It can be used as a dessert dip

Similar to using your icing as a dessert-oriented spread for other foods, if you occasionally enjoy fresh fruit, you may find that you can use your leftover icing as a more dessert-oriented dip. This helps you keep some of the healthier aspects of eating fruit as a snack because you’re still getting vitamins and minerals from it, but it can also help satisfy a sweet tooth and get rid of some of your icings in a tasty and easy-to-use manner.

Enjoy making chocolate desserts but dislike how melted chocolate leaves a gritty layer on your plate. You may find that you can use icing as a medium for your chocolate treats rather than melted chocolate. Mix the leftover icing with some melted chocolate until it has doubled in size, leaving small pieces of chocolate that we can probably handle with a toothpick or by hand. The icing will adhere to the chocolate, which we can use to make whatever desserts you desire.

Adding an Icing Taste to Other Foods

Similar to the previous point, if you like to make desserts out of leftover icing but don’t like how buttercream and other icings taste or smell, you could try flavoring it. Many flavorings, such as those with a butter/flavoring blend, can be added to improve the flavor of your icing. If there is an icing that has the flavor you want to add to your desserts, it is a good chance that it will help to incorporate it into your dishes.

Many cake batters freeze well and can be easily removed from the freezer a month later, thawed, and baked into a beautiful cake. Generally, we can freeze any cake made with the creaming method (blending sugar, butter, or oil at the start of the recipe).

The batter will not freeze well if whipped eggs are folded into a cake batter, such as a chiffon cake. Wrap your cake batter in plastic wrap, label it, and store it in the freezer for a rainy day!

This method for making extra cake icing involves consuming raw eggs, so if you are concerned about that, skip this option. However, it is so tasty that it is worth a try!

To make your milkshake thicker, combine extra cake icing, milk, a few scoops of ice cream, and a banana in a blender. Pour the mixture into a glass after it has been blended. With some sprinkles, your cake batter will take on a new life!

What are Some Cake Frosting Recipes you can Try?

This uncooked, powdered sugar-sweetened buttercream is perhaps the most basic of all frostings, and it’s the traditional frosting found on many traditional birthday cakes. Stella Parks, a pastry chef and cookbook author, discovered that powdered sugar cut with tapioca starch rather than cornstarch is better for this type of frosting. (The good news is that tapioca is likely to be listed as an ingredient on any organic powdered sugar package.) Tapioca starch dissolves more easily, allowing the frosting to thicken and have a better texture. However, any powdered sugar will suffice.

But the process is truly forgiving, and the results are undeniable (make a killer frosting, and you’ve just established your Serious Baker credentials).

Swiss buttercream is light and not overly sweet, made by cooking egg whites and sugar together over a hot water bath until the sugar dissolves. After that, the mixture is removed from the heat and whipped until stiff peaks form. Once the mixture has cooled, butter is gradually added until it forms a smooth frosting. The result is a super silky buttercream that spreads well on cakes and is preferred by many professional bakers for piped-on decorations. It is also the only meringue-based frosting in which the egg is fully cooked according to FDA standards.

Italian buttercream uses egg whites as well, but it comes together differently. In this case, a hot sugar syrup is slowly added while the egg whites are whipped. After it has cooled, butter is added in the same manner as in Swiss buttercream. While nearly identical to Swiss buttercream, the Italian version is slightly lighter. It’s also good for piping and holds up well over time.

This buttercream recipe begins with pastry cream or custard, a combination of cooked egg yolks, milk, sugar, cornstarch, or flour. When the pastry cream has cooled, it is whipped with softened butter to make a wonderfully light frosting commonly used for cake fillings but can also cover any cake. Because of the cooked nature of this frosting, it is quite stable, making it an excellent choice for a cake served on a warm and sunny day.

This buttercream falls somewhere between Swiss meringue buttercream and French buttercream. It calls for whole eggs, so it has the richness of yolk-based buttercreams and the lightness of meringue-based buttercreams. It also avoids tricky syrup techniques by warming the buttercream gently over a double boiler. What’s the best part? There will be no egg separation, leftover whites, or yolks.

Classic cream cheese frosting is similar to American buttercream, but some of the butter is replaced with the titular ingredient: tangy cream cheese. Cream cheese and butter are combined with powdered sugar and a flavoring, such as vanilla extract, and beaten together. The tanginess of the cream cheese helps to cut the sugar in this type of creamy frosting. It’s a traditional pairing for American oil-based cakes like red velvet and carrot cake.

Dark, rich devil’s food cake has long been paired with bright white seven-minute frosting. This is the pairing to go with if you want maximum color contrast. It’s made in the same way as Swiss meringue (not Swiss meringue buttercream, because it doesn’t contain any butter), with one exception: with Swiss meringue, the mixture is heated just until the sugar dissolves and then whipped off heat. With seven-minute frosting, the mixture is whipped for seven minutes over a double boiler (hence the name). Because of the extra cooking time, the marshmallow-like frosting develops a shell that will crack if cut into on the second day. Don’t waste time with seven-minute frosting: have your cake ready and completely cooled before whipping this one up.

This frosting is no longer as popular as it once was for many layer cakes, sometimes only as a topping, with jam as the filling. Sea-Foam Frosting is made by substituting light brown sugar for granulated sugar in an old-fashioned recipe that deserves to be revived.

How does Long will Leftover Frosting Keep?

What Should I do with Leftover Frosting?

Store any leftovers in an airtight container to prevent crusting when you’re finished piping or spreading your frosting. Because piping bags are not as airtight as glass or plastic containers, we do not recommend storing the frosting in them. If it’s store-bought frosting, replace the lid.

Tip: Store the frosting away from fragrant foods in the fridge, such as fish, meat, or onions. You don’t want your icing to taste fishy.

Whether you want to get rid of excess icing at a party or make more fluffy, delicious treats for yourself, the tips above can help. Try out some of these hacks and see how well they work for you.