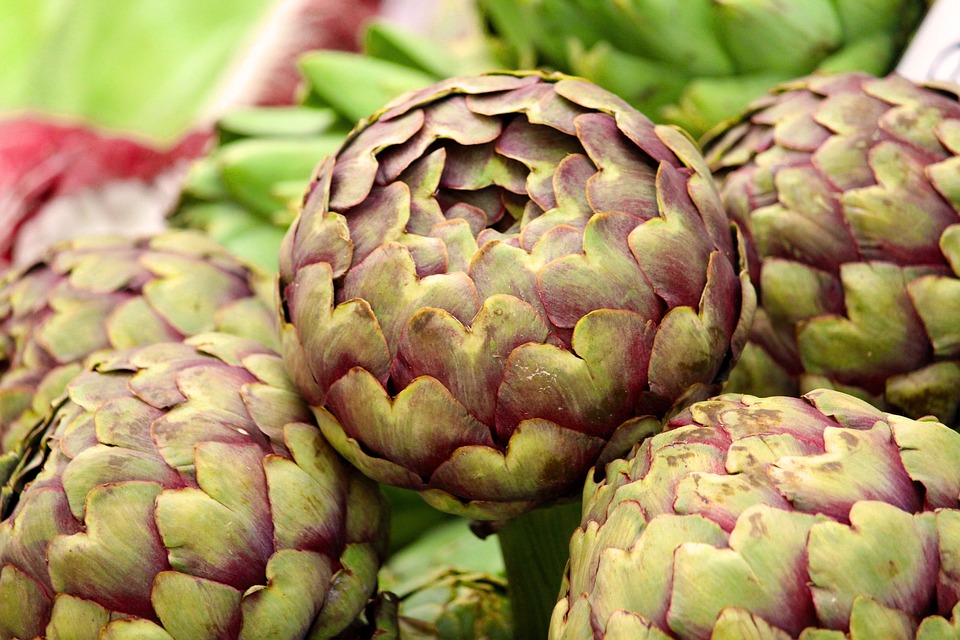 The flavor of artichokes is distinct and varies according to their preparation. The leaves are crunchy and have a nutty flavor, while the hearts are softer and sweeter. You can buy the hearts in many grocery stores separately, as they’re the most common. Whether you cook or eat them raw, you’ll want to know how to properly prepare them and enjoy them for their unique taste.

Greek legend holds that Zeus himself created the artichoke. When he grew furious with her, a lady who had been transformed into a goddess was banished from Olympus in the shape of an artichoke by the capricious deity. If you can identify the vegetable by name but not by appearance, artichokes are often green and resemble pine cones in form.

When fully developed, they are roughly the size of an adult fist and have overlapping leaves resembling a cabbage sprout. The flower’s unopened petals, which resemble large hops, are what are delicious. They originate from the Mediterranean region and have been used since at least the eighth century BC. The artichoke, widely used in Italian cooking, was finally brought to England by Dutch traders, spreading it to other countries. In the 19th century, French and Spanish immigrants transported them to Louisiana and California.

Most of the artichokes consumed in the US are cultivated in California, and certain types feature purple petals.

They don’t have a distinctive flavor but some subtle differences.

The flavor of artichokes is earthy with hints of herb. The artichoke’s center is considerably softer and has a more potent flavor than the petals, which have a crisp texture. By far the most desirable component, their hearts are sold separately from the rest of the artichoke. Artichokes maintain a significantly harder texture and a bitter flavor when consumed uncooked. The texture and flavor are softened and blended while cooking, making it resemble boiled potatoes.

Whether you like artichokes depends on how they taste; they have a mild nutty flavor comparable to that of brussels sprouts and asparagus. People also liken them to celery and celeriac due to their texture and flavor. Various artichoke varieties have also been said to taste similar to turnips.

Artichokes complement many meals greatly since their flavor is often not overbearing. It works nicely with a variety of cooking techniques.

Advice on Choosing an Artichoke

What are the Health Benefits of Artichoke?

Here are some more wonderful benefits of artichokes for your health:

Magnesium is abundant in medium-sized (128 grams) artichokes, providing up to 77 mg per serving. Every component of your body contains magnesium, a vital element. While magnesium isn’t as well known or studied as its cousin, calcium, it is nevertheless important to know that it affects over 600 physiological processes in your body. Unfortunately, a significant portion of Americans has been discovered to be magnesium deficient.

I’m sure you already know how great dietary fiber is for you. AND IT IS! Fiber gives the volume and aids your stool in moving material through your digestive system, preventing constipation and diarrhea. Additionally, you gain advantages like stable blood sugar. Learn this: One medium artichoke, with a yield of 6.9 grams, provides 25% of your daily requirements for fiber.

Good for Your Bones and Mental Health

A fat-soluble vitamin called vitamin K has lately gained attention for its positive effects on the health of the brain and nervous system. Vitamin K plays a useful role in maintaining the health of your bones in conjunction with vitamin D. Each medium artichoke has 18.9 micrograms of vitamin K, or 14 percent of your daily needs, making them an excellent method to enhance your vitamin K consumption.

You might be surprised by how much of a punch this veggie has. Additionally helpful in cancer instances, artichoke extract is particularly effective against breast cancer cells. By now, you could wish to think about including artichokes in your diet frequently for preventative purposes!

That’s accurate. One medium artichoke will provide 473 milligrams or around 10% of your daily potassium requirements. The third most prevalent mineral in your body is potassium, which also helps regulate sodium levels, which can lower blood pressure. Artichokes have additional substances that may help maintain normal blood pressure.

What Purposes do Artichokes Serve?

Next, you might be thinking about what artichoke is good for.

Don’t worry; artichokes may be readily added to several delectable dishes or eaten perfectly on their own.

To put it simply, artichokes can be readily steamed, boiled, stir-fried, grilled, and roasted. The edible sections are then consumed individually, with a dip, seasoned, or as a meal.

Other wonderful uses for artichokes include:

If you’re interested in growing artichokes in your yard, you must ensure you do it correctly; otherwise, they won’t develop as they should. The following are considerations you should make:

You must position your plants in organic, nutrient-rich soil with a high fertile count if you want to cultivate great artichokes.

Make sure the artichoke plants you purchase are healthy-looking and that you purchase them from a reputable nursery. Be wary of wilted and discolored leaves.

The distance between plants

It’s crucial to space your artichoke plants in rows 2 to 3 feet apart when you put them in the ground. Additionally, the distance between each plant in the particular rows must be, on average, 18 inches. This will ensure that each plant has ample room to develop correctly.

Taking care of your plants

The best way to water artichoke plants is through drip irrigation. To preserve moisture and prevent the growth of unneeded weeds, you should also spread mulch around the base of your plant. The essential thing is never letting your plants dry up, and Artichoke plants require damp soil.

For optimum growth, artichoke plants need the correct quantity of fertilizer. Every 4 weeks, on average, every plant should get at least 2 tablespoons of nitrogen-based fertilizer. Additionally, the sides of the plants should have this fertilizer applied.

By following all of these instructions, you’ll be able to enjoy preparing and eating artichokes in addition to the enjoyment of watching them develop. Growing artichokes is undoubtedly a pleasant and rewarding activity that goes from your garden to your plate. 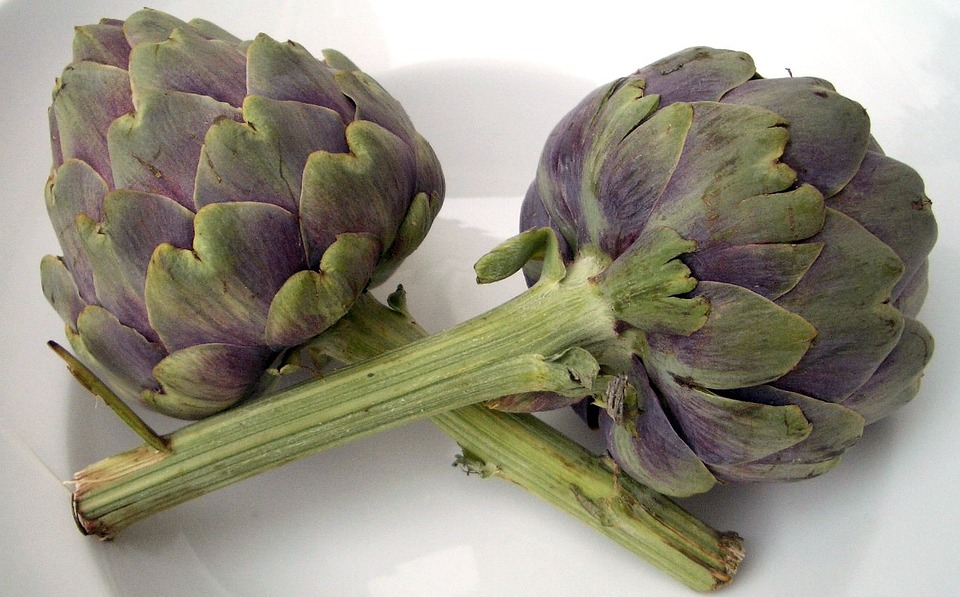 How to Prepare and Serve Artichokes?

Cooked artichokes can be eaten almost whole, and they can be eaten in their entirety. The stem, the heart, and the base leaves are all edible and have a similar flavor to celery and asparagus. In addition to being low-calorie, they are high in fiber, contain antioxidants, and are high in Vitamin C. So, if you’re wondering what artichokes taste like, you’re in the right place!

Depending on the preparation, artichokes can have a sweet, earthy, or nutty flavor. When cooked, they are similar to asparagus, celery, and asparagus. If you’re looking for a delicious vegetable, artichokes are great for various recipes. They are an excellent choice for vegetarians but can also be eaten raw, and you should try steamed or boiled versions.