When you’re craving a delicious and healthy mushroom recipe but don’t have time to pick up a button mushroom, don’t worry! There are plenty of great options that will work just as well. Try Cremini mushrooms, also known as Baby Bellas. They come in clusters, have firm white gills, and thicker stems than button mushrooms. While Cremini mushrooms are native to Europe and North America, they were first discovered in Italy, called “Baby Bellas.” 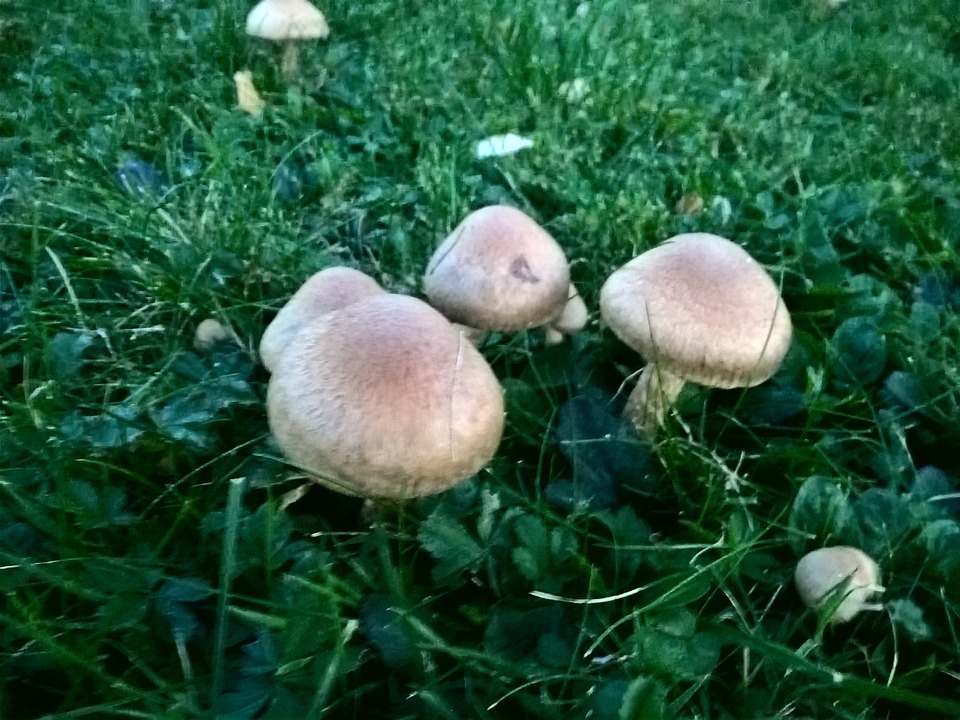 What is Button Mushroom?

The button mushroom is one of the most widely consumed mushrooms. It’s a tiny white mushroom with a thin stalk and a round cap. Button mushrooms are tender and firm, ideal for raw or cooked consumption.

These mushrooms are available all year and are grown in controlled environments. The “White Button,” a member of the Agaricus family, is the most popular button mushroom variety. Button mushrooms have a mild flavor and aroma similar to citrus, nutmeg, and cinnamon blend. Salads are their most common application, but they can also be found in soups, pasta dishes, and stir-fries.

One of the reasons I enjoy white buttons is how simple they are to prepare. They have a strong flavor and are more forgiving in the kitchen than some wild mushrooms. Put them through the wringer!

When buying mushrooms at the store, look for young specimens with unopened caps and no signs of bruising or sliminess.

Clean – Too much time in water can turn the mushroom mushy, so just rinse them or wipe them down with a damp cloth. To make them crispier, make sure they’re scorched before cooking.

Storage – Agaricus bisporus will keep in your refrigerator for a week longer than many other mushrooms. Paper bags are preferable to plastic bags for storage, and if you take the time to wrap them on paper, they’ll last even longer!

Cook – These can be used in nearly any recipe. Prepare them in soups, stews, and stir-fries as desired. Use them to season meat, fish, poultry, or pizza. Marinate the vegetables, and grill them on skewers. Make mushroom duxelles with them by chopping them up. The only limit is your imagination!

However, the simplest way to prepare them is in a simple sauté. By chopping them up and sautéing them in a high-smoke-point oil, you can create delicious little flavor bombs that you can use in any recipe.

1. Cremini mushrooms are an excellent substitute for button mushrooms 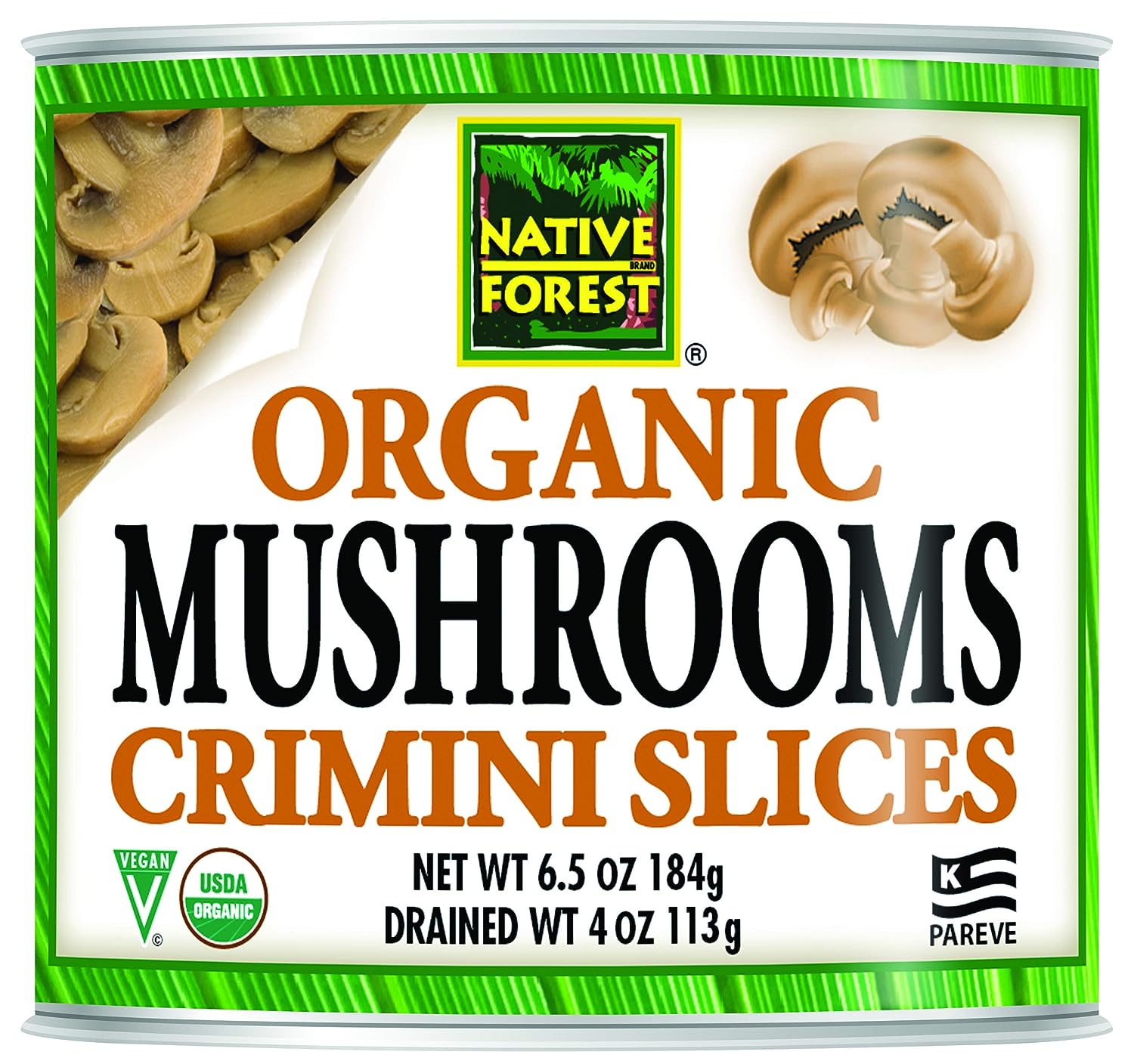 While cremini mushrooms are native to the grasslands of Europe and North America, not everyone can easily find them. This is where a button mushroom comes in handy. Buttons are often cheaper and a good substitute for a delicious mushroom. Buttons are also a great source of protein, phosphorus, and B vitamins. In addition to these, button mushrooms are good for salads, hummus, and sauces. 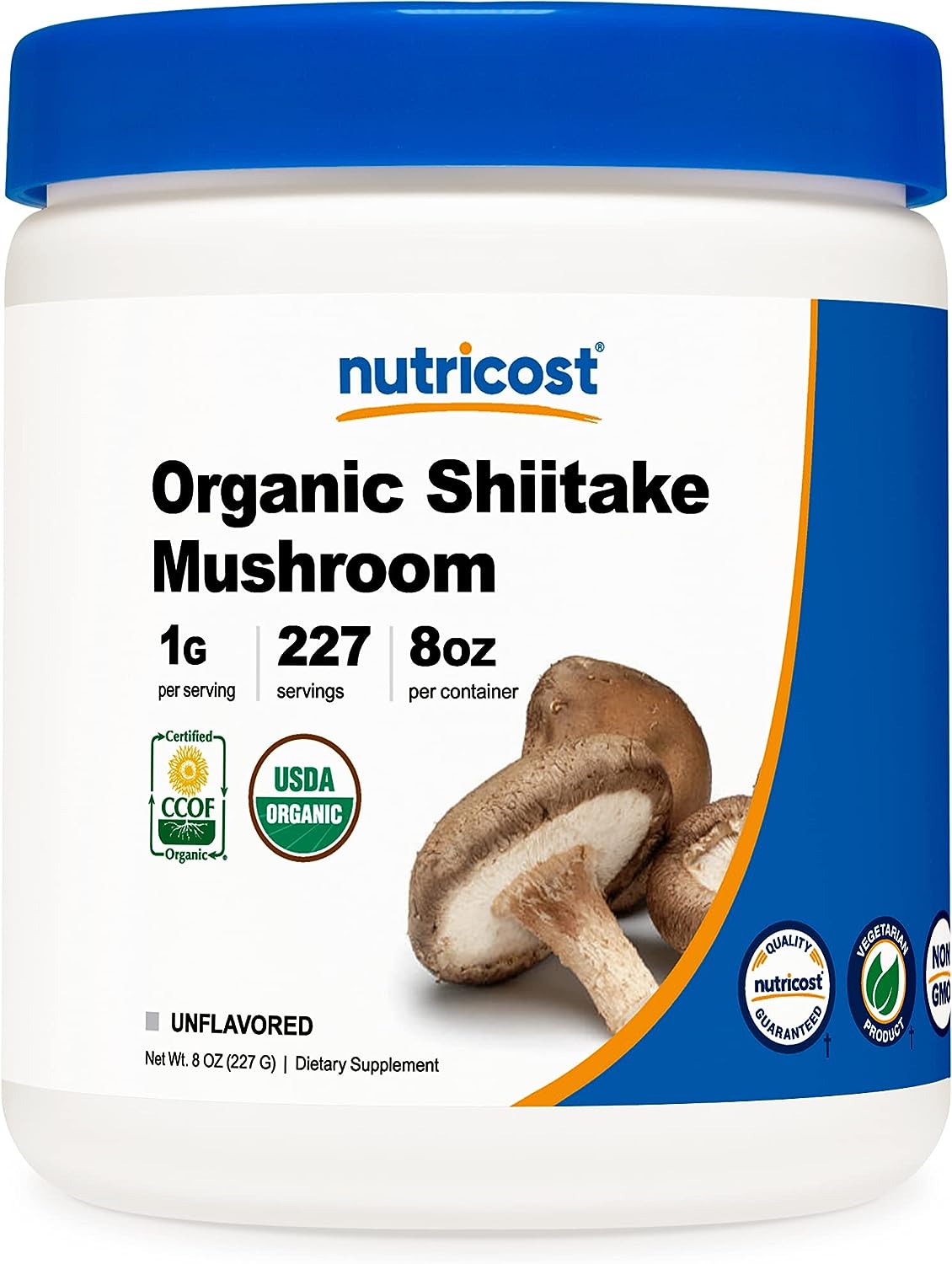 The texture of shiitake mushrooms is chewier and more toothsome than common button mushrooms. They’re a suitable replacement for button mushrooms, as they add a pleasantly earthy flavor to your dishes. These mushrooms keep up to two weeks in the fridge. Before using them, however, you need to keep them in a brown paper bag to prevent them from drying out. You can also freeze shiitake mushrooms to enjoy their flavor for several weeks. 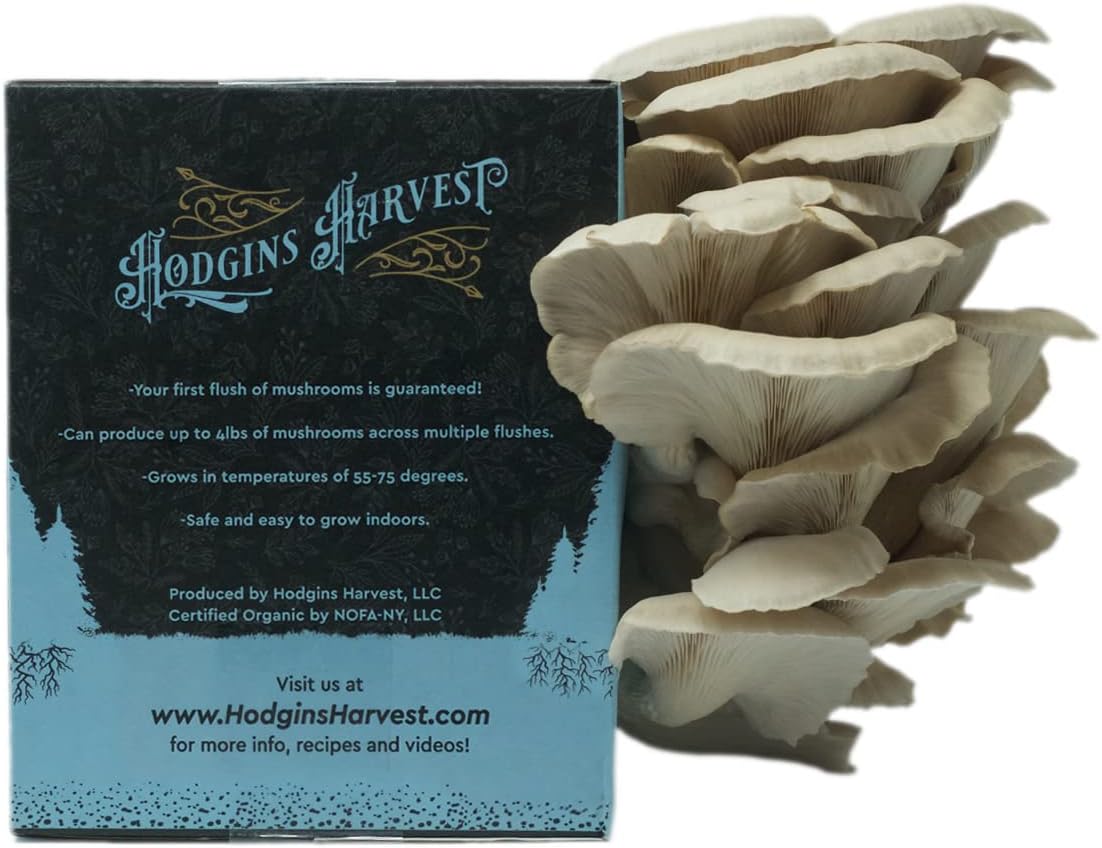 A widespread substitution for oyster mushrooms is the white button mushroom. This type of mushroom is also called olive oysterling. It has a short stipe and olivaceous cap and a meaty flavor. It pairs well with sauteed dishes and purees, and they have a similar flavor and texture to the oyster mushroom. This substitute can be found both fresh and dried, and it is the preferred choice of many chefs.

Oyster mushrooms are seasonal and can be purchased online. Because they grow on wood, they don’t need to be cleaned thoroughly. However, it’s a good idea to blanch or saute the mushrooms before freezing them, as this ruins the flavor. To cut the oyster mushroom, simply snip off the firm stem from the center of the mushroom, and the rest of the mushroom will fall off naturally. You can then saute or stir fry the mushroom to get its full flavor. 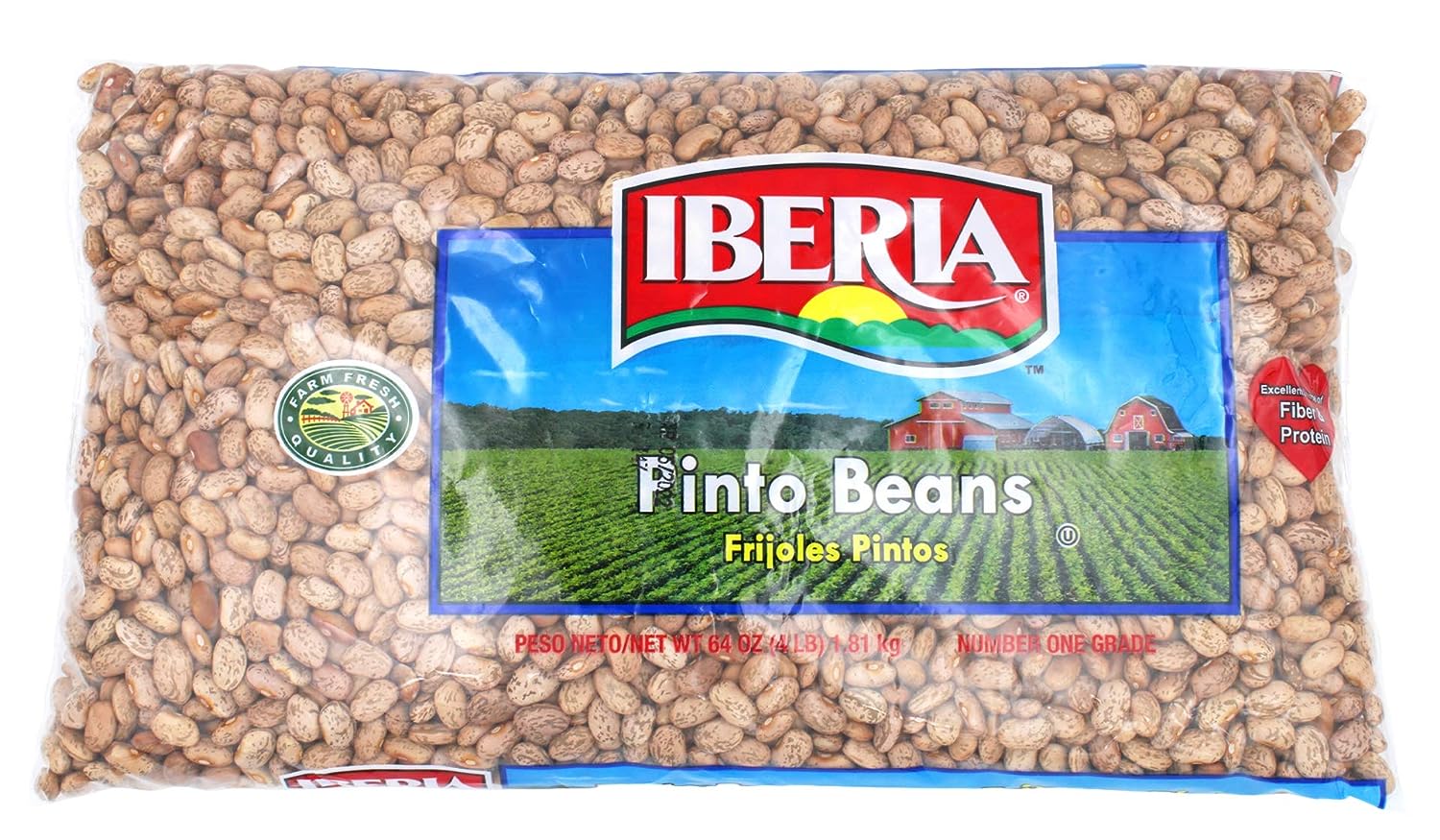 Pinto beans are a button mushroom substitute used in many recipes. This legume is high in protein and fiber. You can either cook them through or serve them raw, and be sure to rinse them well before using them in recipes. They have a distinct flavor that will go well with curries and sauces. To make them taste like mushrooms, you can add some extra ingredients like onion and garlic to your dish.

Dried mushrooms are also a good option, as they’re less expensive but pack the same flavor. Use half the quantity in a recipe to get the same flavor as mushrooms. However, try experimenting with different substitutes, as they can change the flavor of a dish. Always taste the food as you go so you can adjust the recipe. If you don’t like the flavor of one mushroom, try another. 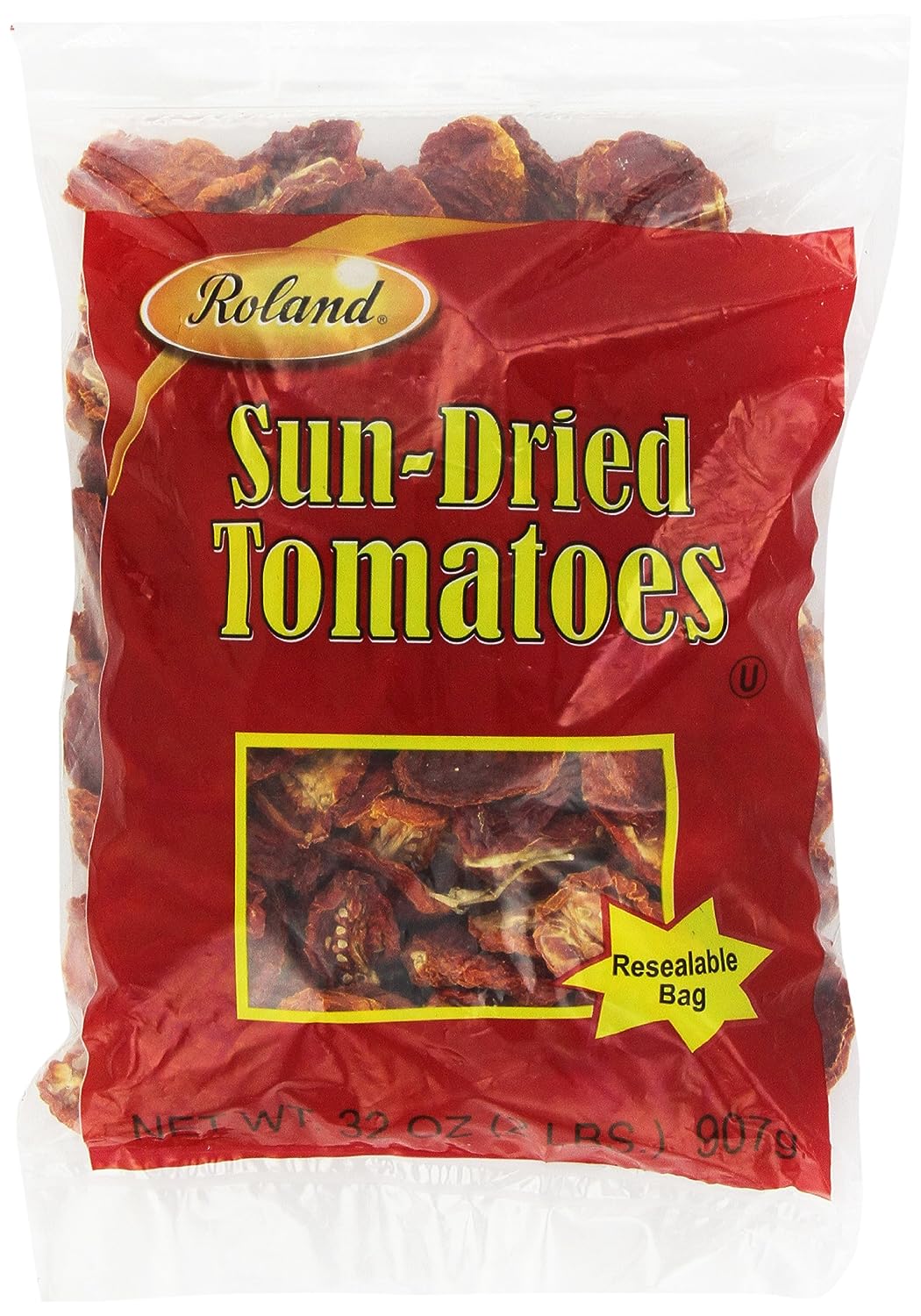 If you’re looking for a healthy alternative to button mushrooms, sun-dried tomatoes are a great choice. These tomatoes are dried in the sun and treated with sulfur dioxide before being packaged. While they lose much water content, their intense flavor is well worth the time, effort, and money. Additionally, they are a great source of lycopene, a powerful antioxidant. Aside from providing a meaty, earthy flavor, sun-dried tomatoes can also protect your skin from UV rays.

Sun-dried tomatoes can perfectly replace traditional mushrooms in many Italian dishes. Their distinct flavor is similar to mushrooms, but they have a more robust tomato flavor. Like mushrooms, sun-dried tomatoes are easy to cook and hold their texture. They’re also great for long-simmering meals, as their rich flavor makes them a natural choice. And they pair well with chicken, turkey, and even poultry. 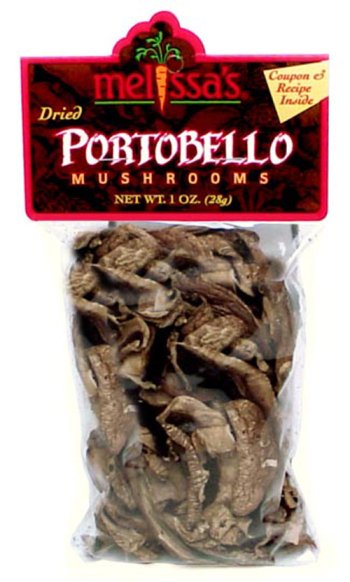 While both mushrooms are edible, portobello mushrooms are more flavorful. They contain higher levels of riboflavin and niacin, two B vitamins, and these vitamins help break down carbohydrates and amino acids and help produce hemoglobin, insulin, and antibodies. Portobello mushrooms have a more delicate taste than button mushrooms, and the flavor can sometimes be more intense when cooked.

Pancit is a quick and easy noodle dish by nature, and Melissa Miranda, chef-owner of Musang in Seattle, adapts it to whatever she has in the fridge. “This is a refrigerator pancit,” Miranda explains. “Carrots, celery, and whatever vegetables you want to use are always staples.” We’ve been conditioned to believe that it must be cabbage, carrots, etc. But if you have yellow squash on hand, why not use it? Why not throw in some peas if you have them?” Mushroom broth, made from dried mushroom powder, is almost instantaneous but far superior to any other vegetable-based broth.

In this vegetarian carbonara recipe, mushrooms replace the traditional cured pork, but don’t worry—the dish still has plenty of flavors! The humble button mushroom is elevated to new heights thanks to a deep browning and the addition of garlic and shallots.

If you have some extra time before making this stir-fry, press the whole block of tofu for 15 minutes between two layers of paper towels and a couple of large cans. As the tofu cooks, removing the excess water helps it become extra crispy.

Pot Pies with Mushrooms and Thyme

For this pot pie recipe, brushing the underside of the dough with egg wash creates an airtight seal, allowing steam to push the pastry lids into a dramatic dome during baking.

Always soak your grains after purchasing them. When they’re hydrated, they’ll cook faster and more evenly, and the soaking liquid can be used in finished dishes.

Stuffed Mushrooms with Cheese and Walnuts on Toast

This is a recipe I adapted from a cookbook for a food styling class. The task was to recreate the appearance and feel of a recipe from a magazine or cookbook. This is a modified version of Gordon Ramsay’s book Healthy Appetite recipe.

What Else can I Use in Place of Button Mushrooms?

Shiitake mushrooms can also be used as a substitute for button mushrooms. Shiitakes have a deeper flavor and are chewier than button mushrooms, but they can certainly fill in for them.

Are White Mushrooms and Button Mushrooms the Same Thing?

They are exactly the same mushroom type. They’re all Agaricus bisporus, just at different stages of development: toddlers are white button mushrooms, teenagers are brown cremini mushrooms, and adults are brown portobellos that are much larger versions of their younger selves.

Is it Possible to Eat Button Mushrooms?

Raw or cooked, button mushrooms are delicious. Look for mushrooms with smooth caps and no soft spots at the market. While many cooks believe that rinsing mushrooms causes them to absorb too much water, a quick rinse is OK if the mushrooms are quickly patted dry and not left to soak in water.

Not all of them taste or look alike when it comes to mushrooms. You can’t go wrong with the list we have for you if you’re looking for a button mushroom substitute.

These mushrooms are all members of the Agaricus bisporus mushroom family, but they are at different stages of aging.

They have a distinct appearance and flavor, and you’ll notice the difference in your following recipe that calls for button mushrooms.