If you love baking, then you know how essential shortening is. But you may need to substitute it in your recipe in times when you run out, and on many occasions, the most obvious alternative is butter. But is butter an equal match? And are there any notable differences between the two?

As you read on, you’ll learn the differences between butter and shortening. You’ll see how each ingredient affects the results in baking and discover how to carry out shortening to butter conversions. You’ll understand the way butter and shortening work in cakes, biscuits, cookies, and so many other recipes. And you’ll also get a highlighted list of alternatives, especially if you need a healthy substitute for shortening.

What Does Shortening do in Recipes?

Shortening, also known as vegetable shortening, is pure hydrogenated fat, which means zero moisture. Although it’s commonly made from vegetable oil, animal fat was initially used as shortening, especially lard. Shortening is also tasteless, so it doesn’t contribute any flavor to your baking recipe. But what it does is equally as important.

When added to the dough, shortening allows it to cut easily. The dough comes out stretchy without it because of its high gluten content, like the one used for pizzas. And while this isn’t such a bad thing, some recipes need the gluten content to be lower. This condition allows the dough to hold shape well when baked and adds just enough moisture and the right fluff to its texture.

Though it doesn’t taste itself, shortening also traps the flavors from other ingredients in the dough. And these ingredients combine with the creaminess of the fatty shortening, resulting in a rich and tasty result in baked goods. It’s no wonder why shortening is so commonly included in tons of baking recipes, some of which are;

In times when you don’t have any shortening, the most convenient substitute is butter. It’s easy to find since you probably have a tub or stick in your pantry or fridge. It’s also made mostly of fat, just like shortening. And it’s already a common addition to baking recipes, and in most cases, can be swapped with shortening in equal ratios. Plus, when using butter in place of shortening, the unsalted varieties are the best, as they let you stick with the salt quantity asked for in your recipe.

However, you need to note some differences between butter and shortening. First, butter has a creamy taste, while shortening is tasteless. And second, while shortening is 100% pure fat, butter is mostly 80%, with the remaining 20% water. Also, you should note that butter would act differently in various recipes as a substitute for shortening. This information allows you to get accustomed to using butter as a replacement for shortening without getting surprised by the results. Let’s touch some familiar baked goods and see how butter works in them when swapped with shortening.

When you bake cookies with butter instead of shortening, you’ll notice how they come out flatter and spread wider. This condition is owed to the differences between the two ingredients. While shortening allows cookie dough to lift and retain shape, butter causes it to flatten, and you may even notice cracks at the edges. Also, butter causes the edges of the cookies to crisp more than shortening would. Butter spreads faster than shortening in the cooking dough as it bakes, and this is because it has a lower melting point. Also, butter would add its creamy, buttery flavor to the cookies when used instead of the tasteless shortening.

Pie crusts are affected differently by butter when it’s used in place of shortening. The most glaring difference, of course, is in the flavor since you’ll taste the buttery content along with other flavor-inducing ingredients in the crust. But you’ll also a flakier texture in the pie crust compared to that made with shortening. And the reason is simple; butter has enough moisture to influence the formation of this flakiness in pie crust. It’s because of this advantage that most people prefer butter for shortening when making pies.

Cakes need a bit more attention when replacing the shortening in the recipe list with butter. Initially, you won’t have an issue using the former since you’re already used to it. But once you’re swapping with butter, you have to take note of a few tips. While butter improves the flavor of the cake batter with its creaminess, you’ll need to mix it up properly if you want the best results. When using it in place of shortening, mix the butter and sugar, and cream for about 5 minutes until the texture is fluffy and light. This way, you’ll get the best crumbliness and texture at the end of the recipe. Note that because butter melts faster than shortening, you need to bake at a lower temperature than usual. As such, set the oven to 65°F, so the butter-sugar mixture can spread adequately through the cake as it bakes.

How to Substitute Butter for Shortening in Baking Recipes

Now that you know the effects of butter on popular baked goods, you’ll also need the right shortening to butter conversion. This information is essential since butter and shortening don’t contain the same amount of fat. Plus, you also need to take note of the moisture content in butter. While sometimes, it’s okay to substitute them at a one-to-one ratio, if you’re looking for perfection, you’ll need to add a bit more effort. With that need in mind, consider these suggestions when using butter as a shortening substitute;

For ½ cup of shortening, you can multiply its weight by 1.25. The result would be 114.6 grams, which is the amount of butter you can use. You can also calculate how much liquid you need to reduce in the recipe. This time, multiply the butter’s weight by 0.15. This deduction gives you around 10 grams, which is equivalent to about two teaspoons.

You can also consider other shortening substitutes if you don’t have butter either. But note that they won’t work the same way as shortening, so you can’t use them in all recipes. Still, they make great alternatives you can have around just in case; 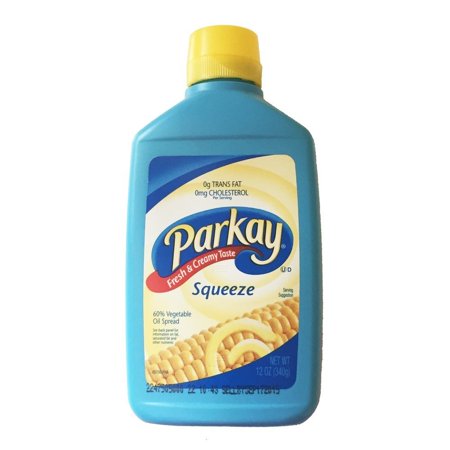 This option makes another convenient substitute for shortening since you tend to have a tub or sachet in your kitchen. It also has a higher water content, so expect some added moisture to your baked goods. Margarine will also infuse its flavor to your baked goods and a bit of salt, but most times, the latter is almost insignificant. You can swap margarine for shortening at a one-to-one ratio, but with an extra tablespoon.

If you don’t mind using a liquid replacement for shortening, then you can consider vegetable oil. Shortening itself is solidified vegetable oil with the moisture removed, so it’s almost like you’re using its melted variety. And it works perfectly if the recipe precisely calls for melted shortening. To use this option, you can swap at equal quantities with shortening. But vegetable oil won’t puff up the dough properly, so biscuits and scones made with it may turn out flatter. 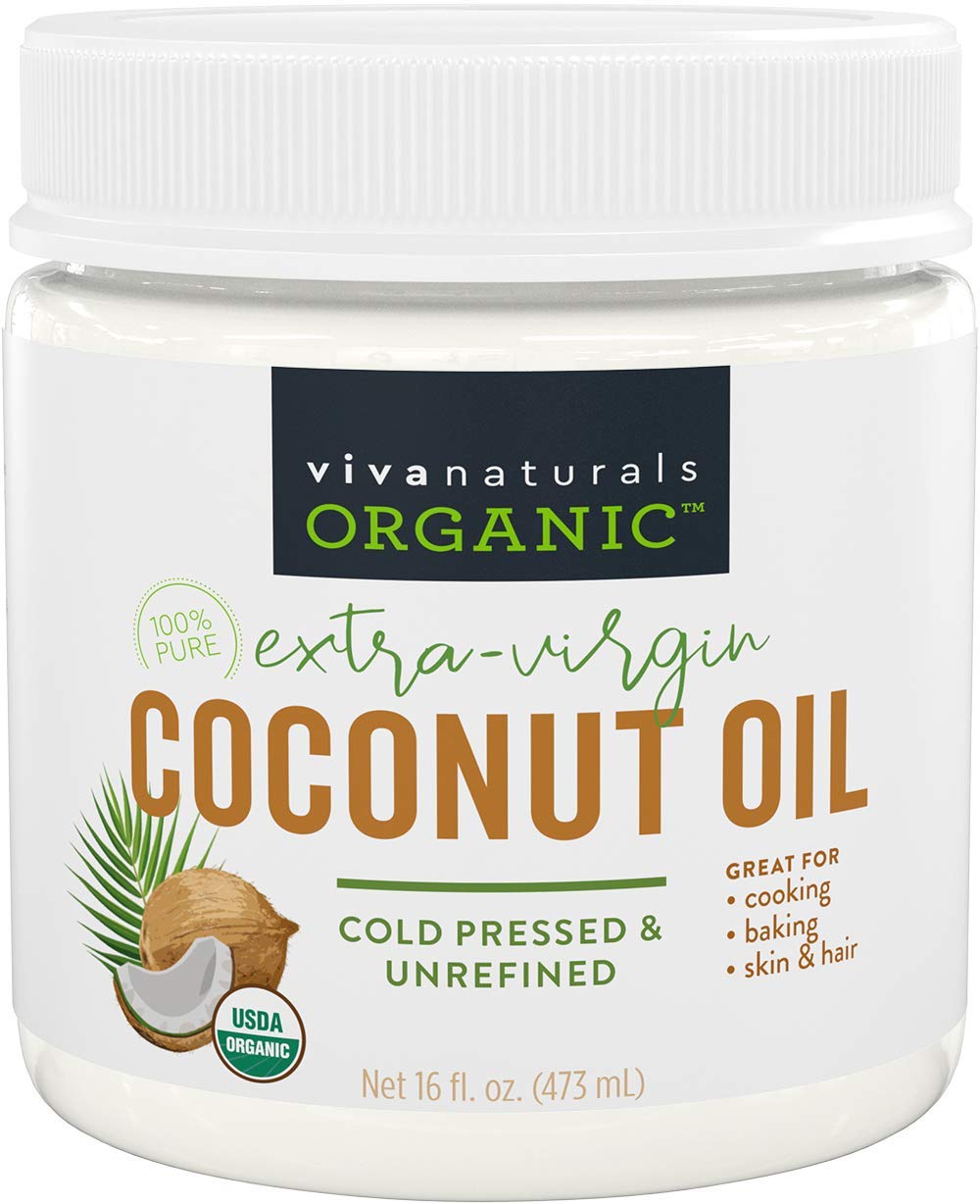 For a shortening substitute rich in fat and taste, coconut oil is a great choice. It’s also the perfect vegan alternative to shortening, as it’s made from coconut flesh. The fatty content in coconut oil gives it a similar texture to shortening, so you’ll expect the same results in baked goods. The only notable difference between both is you’ll taste a strong hint of coconut in your recipe, which isn’t a bad thing.

Lard was the initial fat used as shortening in baking, so it stands to reason that you’ll want to consider it as a shortening substitute. Of course, it may not be one of those ingredients you have around your kitchen, but it’s a fantastic replacement for shortening in baked goods if you do. Lard works with almost everything from scones to pies and biscuits and adds a rich flavor to your recipe.

Can I use applesauce instead of shortening?

Unsweetened applesauce is a commonly used substitute for shortening sweet recipes like cookies and sweet cakes. And though it makes the baked goods denser, it’s considered a superb fat-free alternative to shortening. You can use ½ cup of applesauce to replace a cup of shortening in such recipes.

Can I use half butter and half shortening in cookies?

Yes, you can. You can combine the creamy taste of butter with the high-fat property of shortening to get the best of both ingredients in your recipe. But when using this option, unsalted butter is most recommended.

Is shortening the same as lard?

Butter makes an excellent substitute for vegetable shortening in all baking recipes. It’s easy to get, gives great flakiness to the dough, and adds a bonus with its creamy taste. So, if you ever run out of shortening, don’t hesitate to pick up your stick of butter to use instead.