Evaporated milk was developed as a shelf-stable substitute for fresh milk. So what happens when a recipe calls for evaporated milk, and you don’t have any on hand? Never fear; you have options!

Evaporated milk is just what it sounds like: milk that has been heated to the point where some of the original water content has evaporated. Before the advent of refrigerators in every home, it was invented in the nineteenth century to provide home cooks with a ready supply of usable milk whenever they needed it. Even in this day and age, when fresh dairy is readily available, evaporated milk remains a popular pantry item due to its shelf stability and low cost. 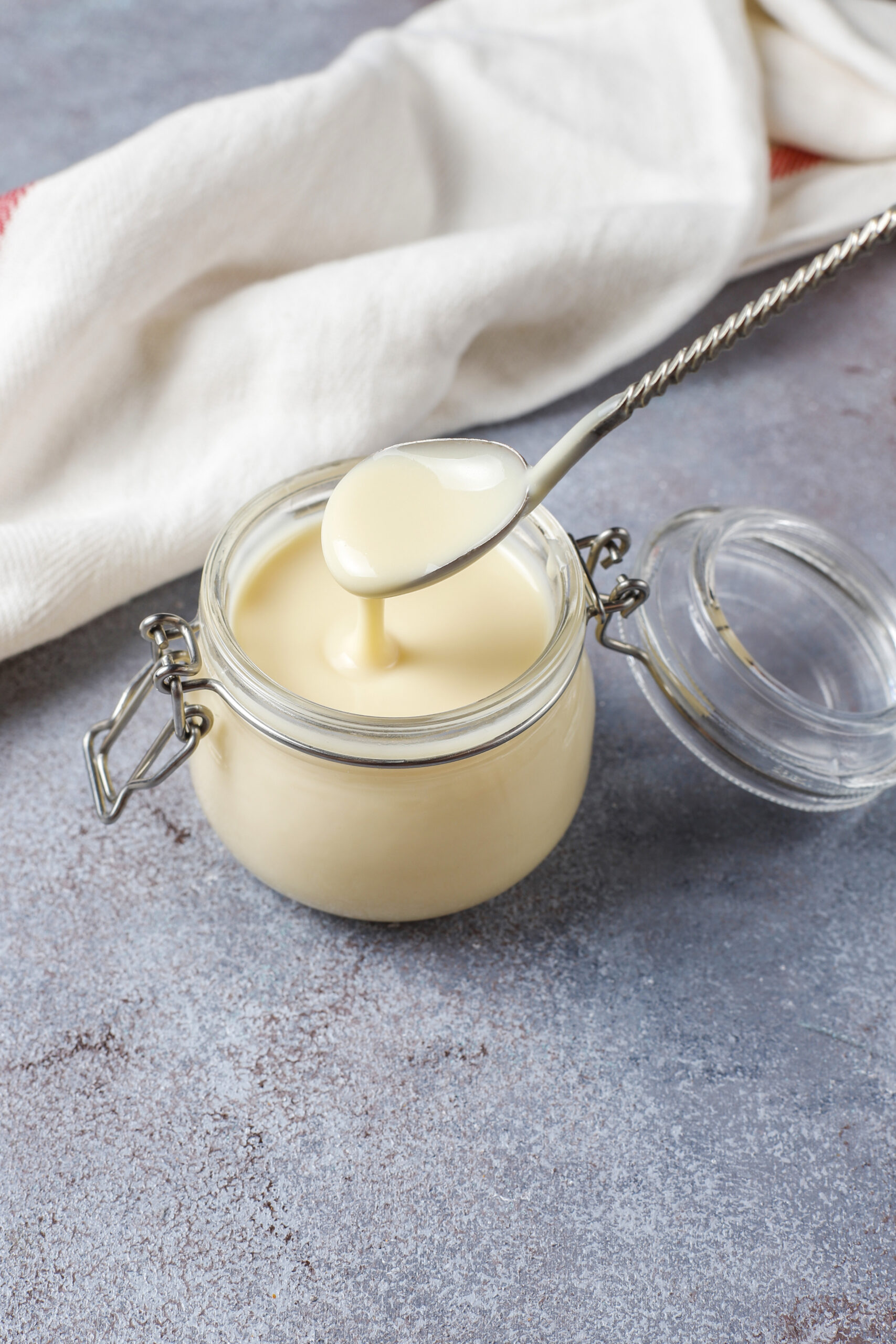 Evaporated milk is high-protein, creamy milk that is used in a variety of recipes. It is frequently used in baking, desserts, soups, sauces, and coffee, tea, and smoothies to add richness. However, there are various reasons why you might require a replacement. Some people are sensitive to it because of the lactose content, while others dislike the flavour. Fortunately, there are numerous dairy and non-dairy alternatives available. This article discusses some of the best-evaporated milk substitutes.

Yes, You can reconstitute evaporated milk to the consistency of regular milk. Due to the change in flavor that the milk underwent while being cooked down to the evaporated state, the results will be similar but not identical to fresh milk. It may or may not have an impact on a specific recipe.

If you choose to freeze milk, it will still be suitable for most cooking purposes. Finally, unless you are making a dairy-dominated recipe like custard or cream soup, you may not need to use milk if you rarely use it. Water or another liquid may perform similarly or adequately depending on the application.

Here are Some Dairy-Based Substitutes

Regular milk, lactose-free milk, cream, half and half, and powdered milk are all good dairy substitutes for evaporated milk. 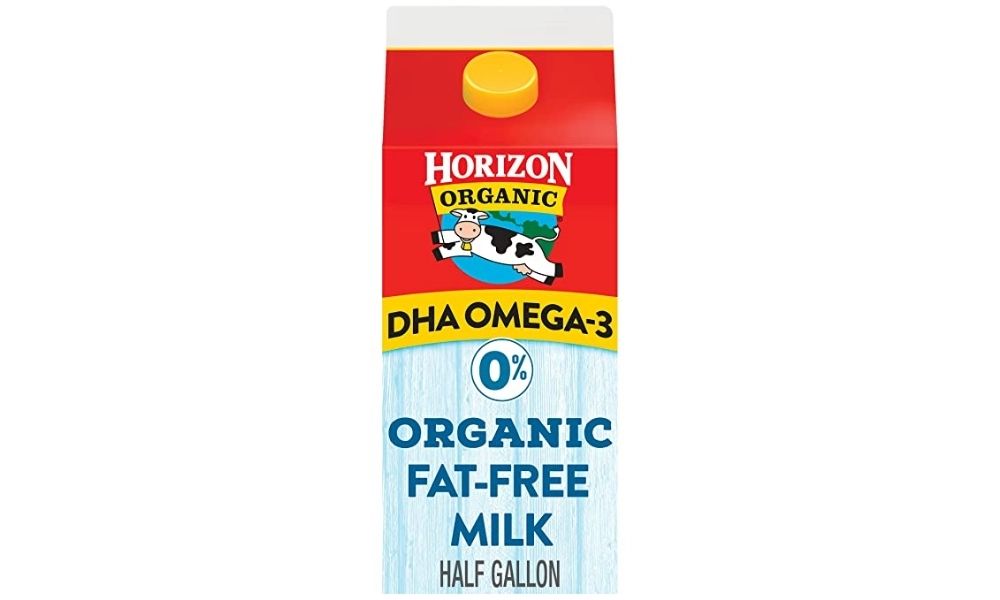 One cup of evaporated milk, on the other hand, has 338 calories, 25 grams of carbs, 19 grams of fat, and 17 grams of protein. It also has a higher calcium content, with 66 percent of the RDI. Because milk contains more water than evaporated milk, it is thinner and less sweet.

If you use milk as a substitute for sauces, you may need to thicken it with flour or cornflour. To achieve the same flavour texture in baking, you may need to use more dry ingredients and more sugar.

If you run out of evaporated milk, you can easily make it at home using regular milk. 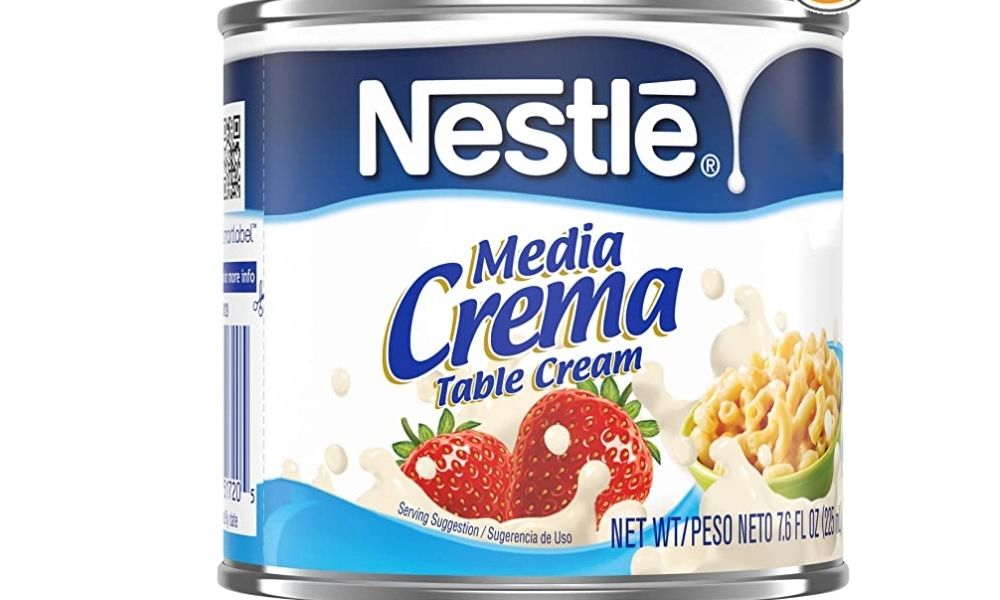 Substituting cream for milk adds richness to a dish. In sauces, soups, pie fillings, baking, casseroles, frozen desserts, and custards, the cream can be used in a 1:1 ratio to replace evaporated milk. The cream is thicker and contains more calories than evaporated milk because it contains more fat. One cup (240 mL) of cream contains 821 calories, 7 grams of carbohydrates, 88 grams of fat, and 5 grams of protein (14).

Half and half is a combination of 50 percent milk and 50 percent cream. It has a slightly thicker texture than evaporated milk.

It’s most commonly found in coffee, but We can use it in any cream recipe or evaporated milk.

It is nutritionally similar to evaporated milk, containing fewer carbohydrates and more fat (15).

In most recipes, We can substitute evaporated milk and half-and-half 1:1.

Here Are Some Non-Dairy Substitutes. 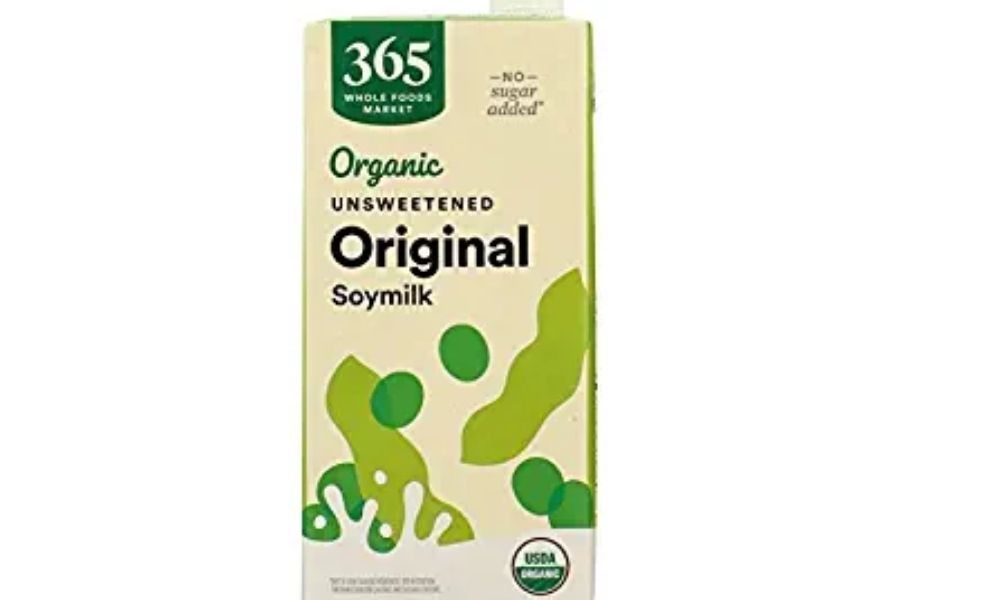 We first used soy milk over 2,000 years ago in China (6Trusted Source).

It is made by soaking dried soybeans in water, grinding them, and then filtering out the larger parts to produce a product that resembles dairy milk.

Soy milk is the most nutritionally similar to regular milk in calories, protein content, and digestibility. Commercial varieties typically contain calcium, as well as other vitamins and minerals.

One cup (240 mL) of soy milk contains 109 calories, 8.4 grams of carbohydrates, 5 grams of fat, and 7 grams of protein. It is about one-third the calories and half the protein of evaporated milk.

To use evaporated milk, heat soy milk and reduce the water content. The flavour is slightly different, but you won’t notice it in most recipes. We can use it in both sweet and savoury dishes.

However, keep in mind that up to 14% of children with a dairy allergy are also allergic to soy.

Other concerns, such as genetically modified crops, may lead some people to avoid soy. 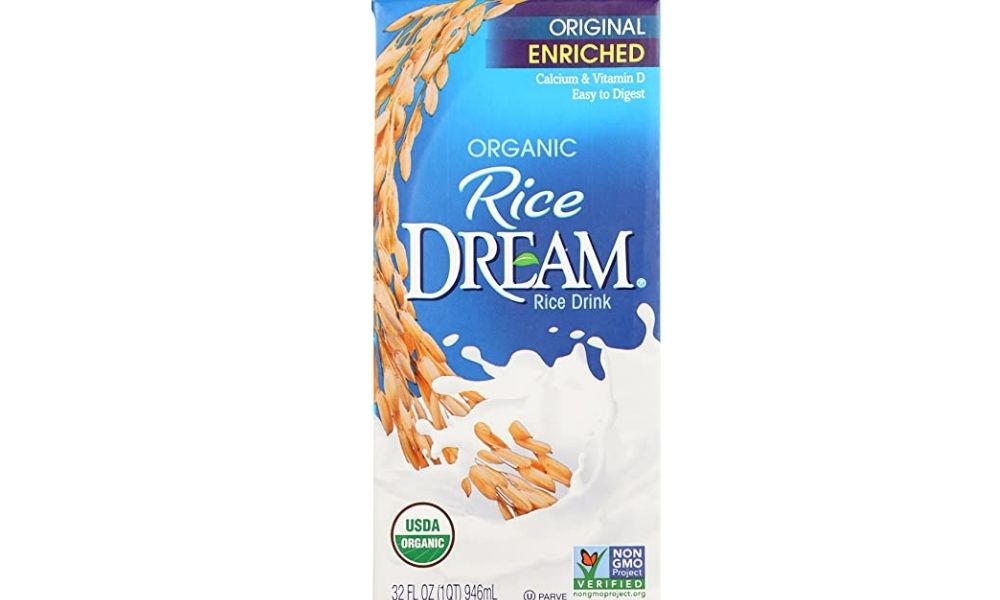 Rice milk is made by soaking rice and grinding it with water to produce a milk-like substance.

People who are lactose intolerant or allergic to cow’s milk and soy can use it.

It contains much less fat and protein than evaporated milk. One cup (240 mL) has 113 calories, 22 grams of carbohydrates, 2.3 grams of fat, and less than one gram of protein (21Trusted Source).

However, due to its high glycemic index (GI), rice milk may be the dairy-free substitute that causes the most blood sugar spikes (22Trusted Source).

Rice milk, like regular milk, can have its water content reduced by heating, and we can then substitute it for evaporated milk in recipes.

However, the finished product will be thinner than evaporated milk, so you may want to add cornstarch or another thickening agent. 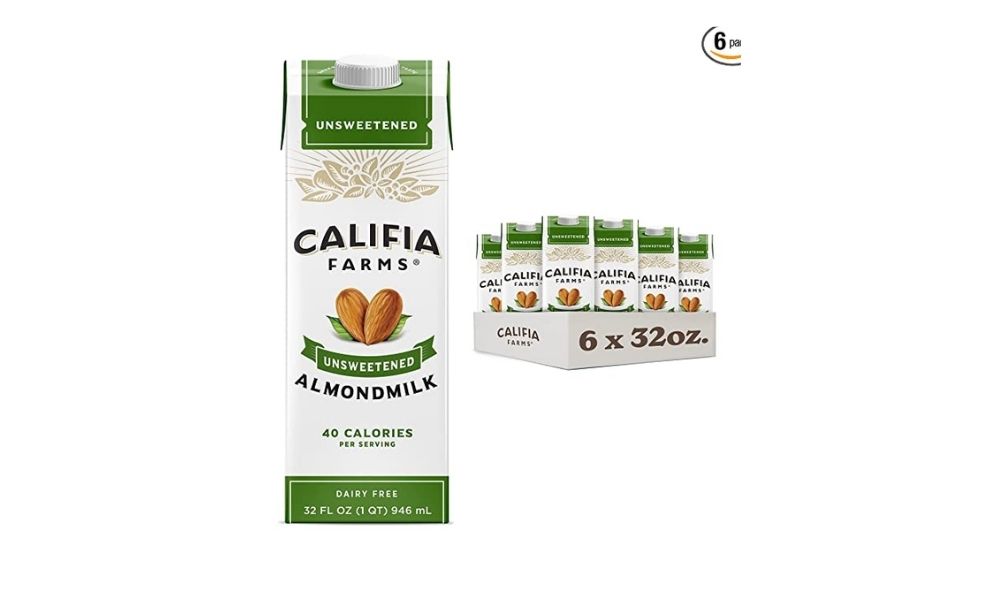 Almond, cashew, and hazelnut milk are examples of nut milk, and they are made by grinding nuts with water and filtering the resulting milk-like beverage. They are low in calories and protein, which can be beneficial if you cut back on your calorie intake (23Trusted Source).

Almond milk is best for desserts, whereas We can use cashew milk in sweet and savoury dishes.

Heat nut milk to reduce the water content, just like regular milk. It produces an evaporated milk substitute, though it will not be as thick as regular evaporated milk.

This milk is not suitable for people who are allergic to nuts. 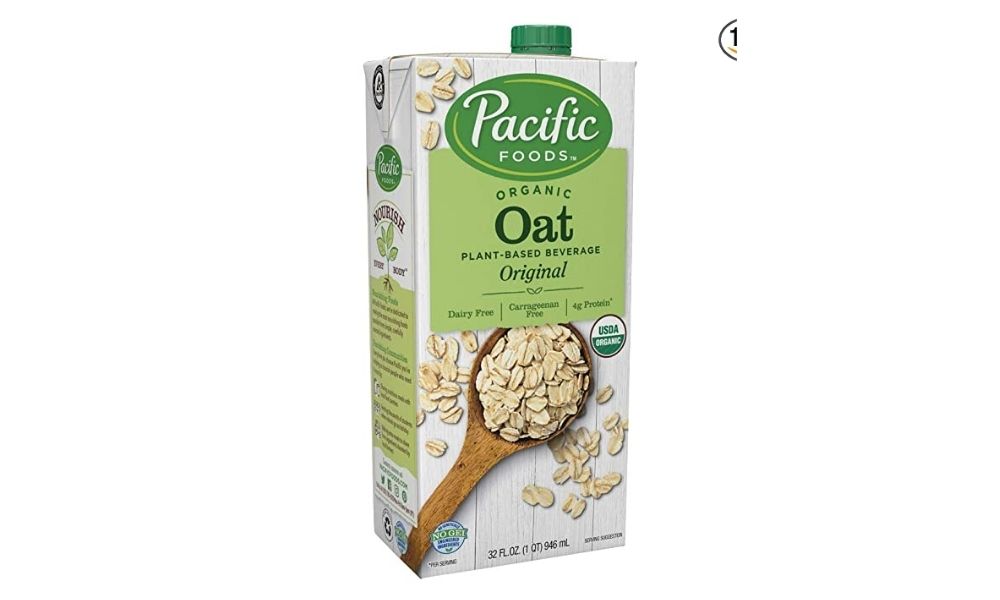 Oat milk is made by combining oats and water. You can make it at home or purchase ready-made versions.

It is one of the few options that contain dietary fibre, with 2 grams per cup (240ml). Though homemade versions do not have these additional nutrients, it is frequently fortified with iron, calcium, and vitamin D (24).

Most recipes that call for evaporated milk can be made with oat milk. To achieve the same consistency and flavour as evaporated milk, you may need to thicken or sweeten it.

Commercial varieties have very few calories and no protein. They contain a lot of calcium, vitamin B12, and phosphorus (26).

Furthermore, flax milk is high in omega-3 fats, linked to a lower risk of heart disease and stroke. One brand, for example, contains 1,200 mg per serving, which is more than double the RDI.

It has one of the most neutral flavours of the non-dairy alternatives and tastes the most like regular milk.

It can also be heated to reduce water in the same way that regular milk does. To achieve the same flavour and properties as evaporated milk, you may need to thicken or sweeten it further. 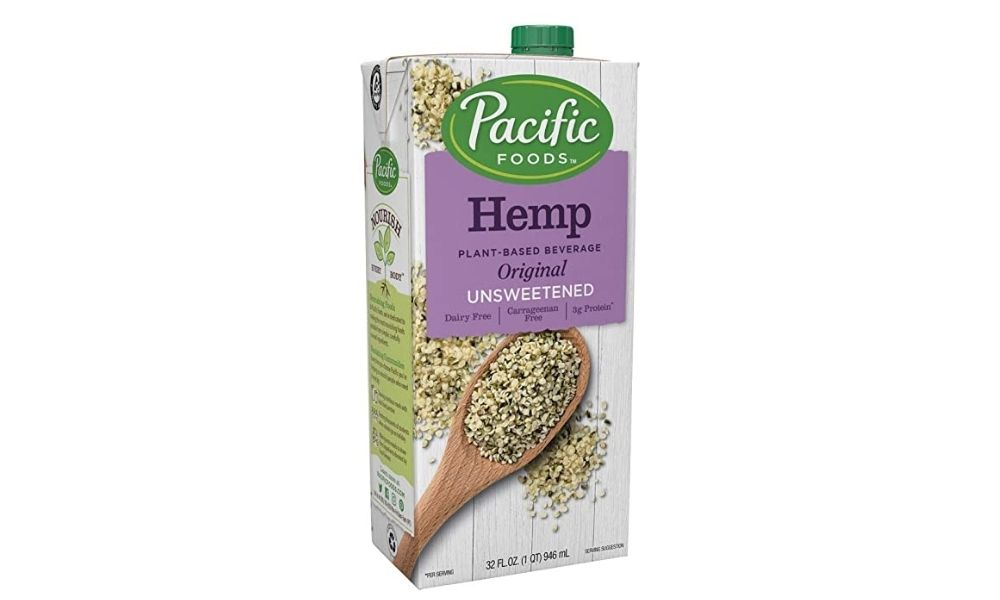 Hemp milk is made by combining hemp plant seeds with water. Hemp is a cannabis variety.

Even though the milk is made from hemp, it has nothing to do with marijuana, and it is legal and contains no THC, a psychoactive compound found in some cannabis plants.

Hemp milk, like other plant milk, can be heated and reduced to replace evaporated milk.

It has a slightly sweeter flavour and a more watery texture than some other options, so you may want to thicken it with cornstarch or another thickening agent. 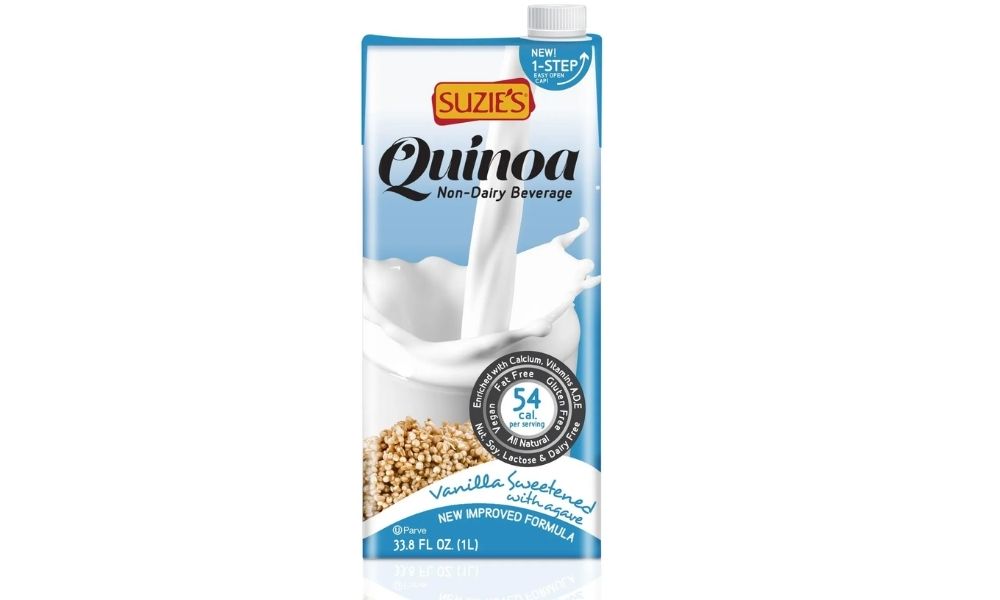 Quinoa milk is a newcomer to the dairy-free milk market, showing promise. Quinoa is soaked or cooked before being blended with water, and some recipe websites have also reported success with making it at home.

One cup (240 mL) of a commercial variety contains 67 calories, 12 grams of carbohydrates, 1.5 grams of fat, and 2 grams of protein. It contains fewer calories, fats, and proteins than evaporated milk.

So far, studies have shown a similar acceptance of rice milk in terms of taste. Those who are used to drinking plant-based milk and it more appealing than those who aren’t.

Because it is slightly thicker than regular milk, We can use it in some recipes without being reduced or thickened (35Trusted Source).

If you make your quinoa milk, you can make it thicker by blending the quinoa with less liquid.

So far, studies have shown a similar acceptance of rice milk in terms of taste. Those who are used to drinking plant-based milk may find it more appealing than those who aren’t. 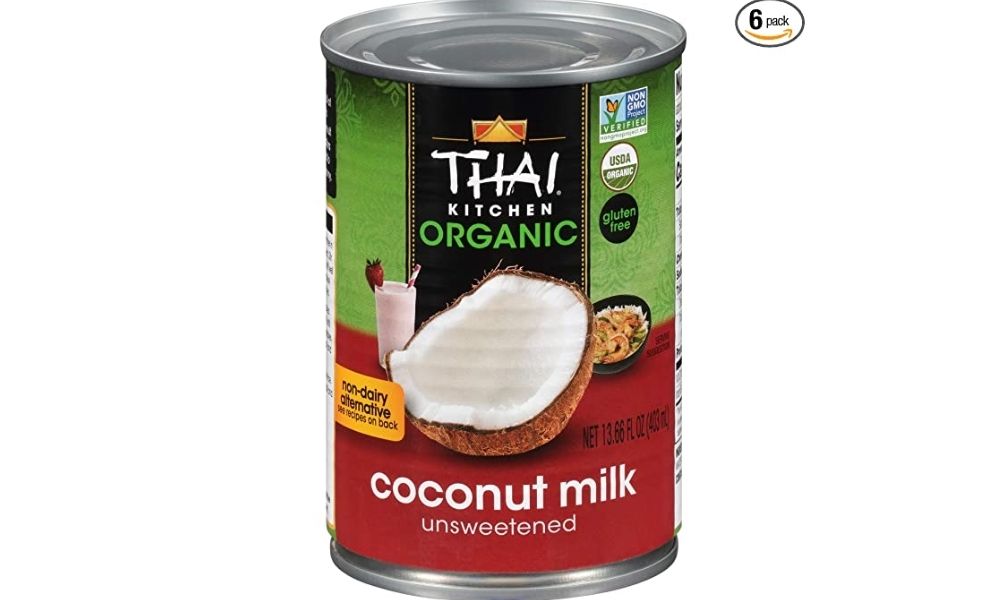 Coconut milk is a high-calorie, flavorful addition to many recipes and a great substitute for evaporated milk. It is made from freshly grated coconut meat and is popular in Southeast Asian, South American, and Caribbean cuisines. Because it is already thick, it does not need to be reduced before replacing evaporated milk and can be used at a 1:1 ratio.

It’s high in iron, potassium, magnesium, manganese, and zinc. It is, however, very high in calories and fat. A cup of coconut milk has 445 calories, 6 grams of carbohydrates, 48 grams of fat, and 4.6 grams of protein.

Furthermore, coconut milk contains lauric acid, which may aid in brain development, immune system support, and blood vessel health. It is also high in vitamin E, a powerful antioxidant essential for skin health. However, it does have a distinct coconut flavour, so consider the effect on the overall flavour of the recipe when substituting. It is suitable for both sweet and savoury dishes, and it is very high in calories and fat.

What are Some Recipes you can Make with Evaporated Milk?

This delicious, creamy soup was a big hit for children and adults who tried it. The evaporated milk adds a richness that makes it appear higher in fat than it is. The addition of sweet potato and red pepper helps you get more beta carotene and vitamin C.

This vibrant soup is full of flavour and colour. Serve as an appetizer or alongside whole-grain rolls for a filling lunch.

This stovetop quiche is a quick and easy supper. It has a potato crust instead of pastry, which is much lower in fat than traditional pastry.

These delicious scones are simple to make – no rolling or cutting required. They go perfectly with a cup of tea in the afternoon.

This hot chocolate is so delicious and simple to make that you’ll wonder why you ever used store-bought powdered varieties.

How can we Store Evaporated Milk?

What is the Distinction Between Evaporated and Regular Milk?

Evaporated milk is what it sounds like, and it’s milk that has been cooked to remove—or evaporate—more than half of its water content. The resulting liquid is creamier and thicker than regular whole milk, ideal for sweet and savoury dishes.

Can I Substitute Evaporated Milk for Milk in Baking?

We can use evaporated milk in almost any recipe or product, and it is available in low-fat and fat-free varieties. Bakers frequently use it in place of cream to help reduce fat content. Add one part evaporated milk and one part water to one cup of regular milk.

Can I Substitute Evaporated Milk for Milk in Cornbread?

Evaporated milk is a nutritious and useful product frequently used in everyday cooking. There are, however, many good alternatives for people who cannot consume dairy products, are on a special diet or do not have evaporated milk on hand.

If you want the same thickness as evaporated milk, many substitutes will require heating to reduce the water content. A thickening agent may also be required.

Your health, goals, tastes, and preferences determine the best option for you.