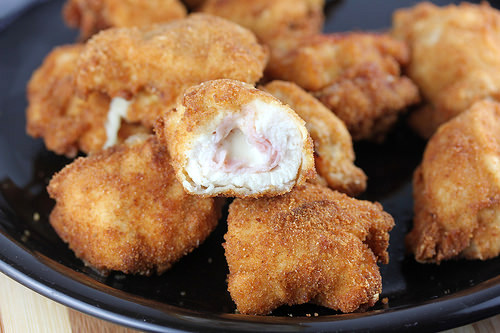 These cordon bleu chicken nuggets are stuffed with ham and Swiss cheese, breaded and then baked in the oven. The nuggets are first rolled in flour, then dipped in an egg mixture and then coated with breadcrumbs. These are a little bit of work to prepare but they are delicious. If you would prefer, you can deep-fry these as well. Deep-frying is great for browning and flavor but baking in the oven is a much healthier choice. The ones displayed in the photo are deep-fried. I have tried both baking and frying them and have enjoyed both. I like to serve these chicken nuggets with wild rice. Enjoy. 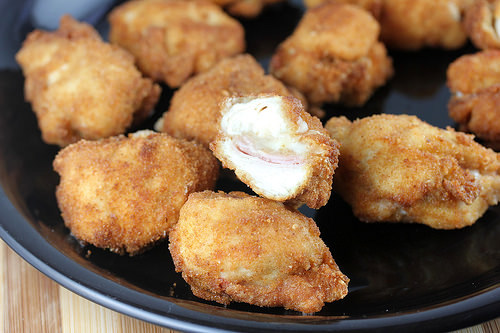