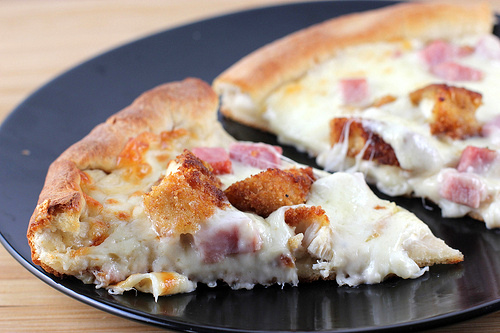 This recipe is perfect for chicken cordon bleu lovers. This amazing pizza combines all of your favorite chicken cordon bleu ingredients such as cheese, chicken and ham. Instead of using chicken flavored gravy I decided to go with alfredo sauce and it turned out nicely. I used a cheese combination of shredded provolone and mozzarella cheeses. For the chicken, it is covered with bread crumbs, fried in the pan and then sliced. Using a premade pizza crust saves a lot of time in my opinion but you could make your own. The pre-baking of the crust will stop it from becoming soggy on the bottom. Enjoy. 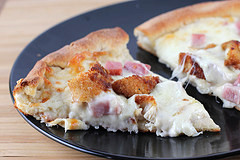 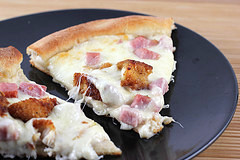 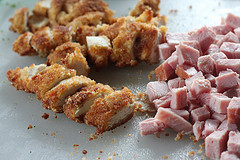 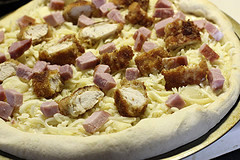