When you get an alluring serving of chicken cordon bleu at the restaurant, you probably feel it’s too fancy a recipe for you to make. But surprisingly, chicken cordon bleu is easy to prepare, and you can make it using various methods. The tasty recipe comprises boneless chicken breasts stuffed with ham and cheese slices, then rolled into a burrito shape and cooked to doneness. And anyone can prepare them in the kitchen, provided you know how long it needs to cook in different methods. 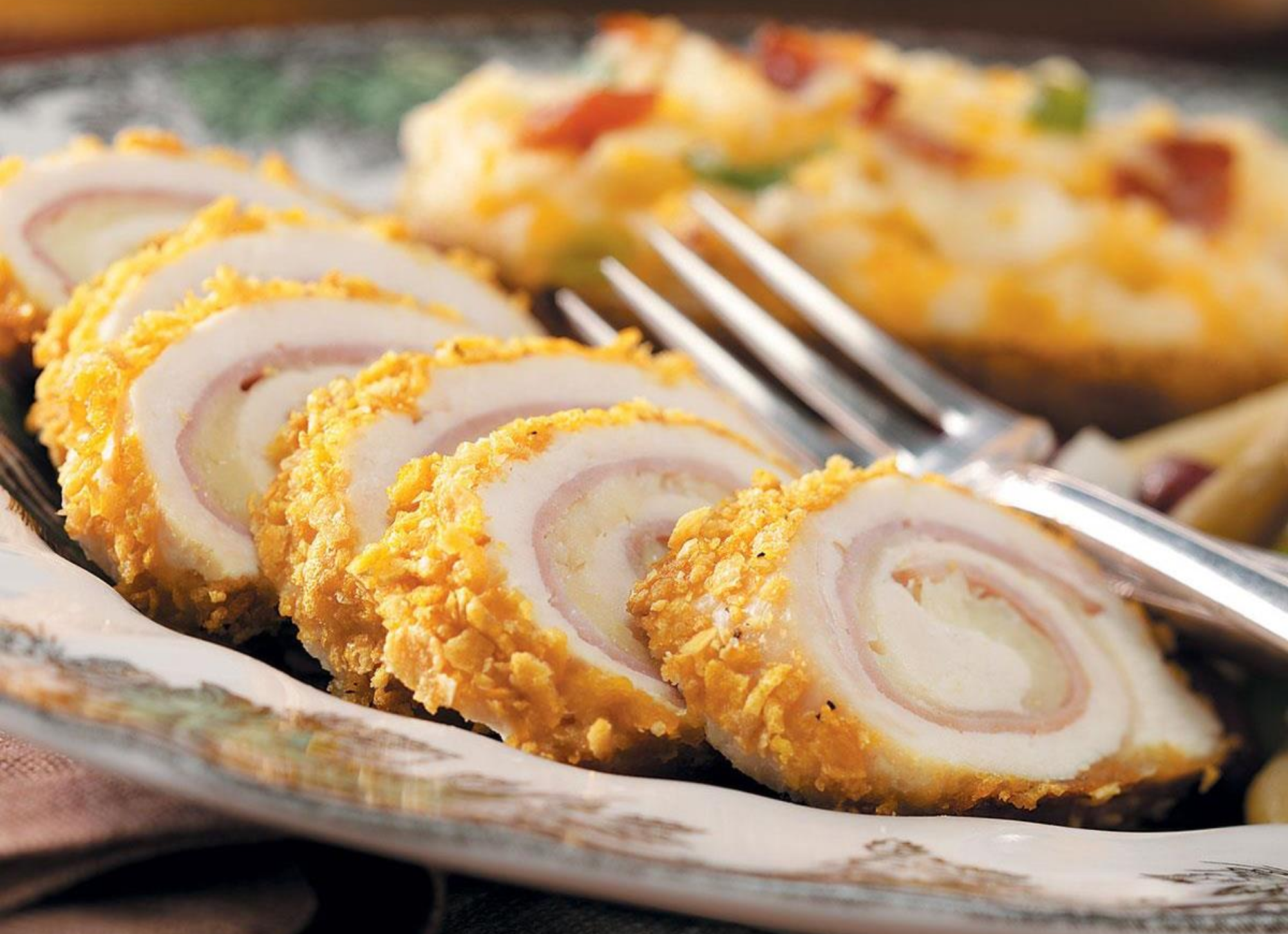 A note to Consider: Chicken needs to cook to a safe temperature of 165F before eating. So, whichever method you pick, ensure to check for this final temperature using a meat thermometer.

Stovetop chicken cordon bleu takes about 30 minutes of total cooking time. After the chicken breasts have been pounded to softness, the cheese is rolled up in ham which is then rolled up in the chicken breasts. Then a toothpick is skewered through, so the entire wrap holds together. Next, the wraps are breaded and browned on all sides in heated butter on the skillet. Afterward, more butter is added to the pan, followed by the chicken, seasoned to taste. Then, the broth is poured into the pan, and the chicken is simmered for 15 to 20 minutes until it reaches doneness.

You can also add heavy cream, after which it’s cooked to the thickness and poured over the chicken cordon bleu.

In a 400F oven, chicken cordon bleu cooks for 25 to 30 minutes. Pockets are made in the pounded chicken breasts and ham folded into cheese. Then the chicken and ham are seasoned to taste and spread with a mix of mustard, salt, pepper, and mayonnaise. Next, the chicken wraps are sprinkled with panko breadcrumbs and oil. Then, they’re dipped in a mixture of eggs and flour, breaded with more panko, and baked to a crisp golden brown.

Chicken cordon bleu cooks faster in an instant pot, taking about eight minutes on high pressure. The pounded breasts are first layered with ham slices and cheese, then rolled up and skewered with toothpicks to hold them in place. Then, they’re dipped in butter and breaded, and placed in a steamer rack, so they don’t sit in the broth inside the pot. Next, more melted butter is poured over the chicken wraps, the lid is placed, and the valve is sealed. Finally, the chicken is then cooked at the allotted time, after which an extra five minutes is allowed for natural pressure release in the pot.

Here, the chicken cordon bleu is cooked for 15 to 18 minutes per side, totaling about 30 to 36 minutes on a 375F grill. After the chicken breasts are softened, they’re layered with ham slices and cheese and then rolled and skewered with toothpicks. Next, the breasts are seasoned to preference and grilled to doneness.

You’ll need to prepare the air fryer to 350F for chicken cordon bleu, in which it’ll cook for 20 minutes. After the chicken breasts are pounded, they’re seasoned and spread with Dijon mustard, followed by slices of cheese and ham. Then, the entire layer is rolled up like a burrito and held in place with a toothpick. Next, the wraps are breaded with flour, beaten eggs, Parmesan cheese, and panko. Afterward, the entire wrap is sprayed with nonstick cooking spray, left to sit for five minutes, and air fried to doneness.

You’ll need to prepare the smoker to 240F, in which the chicken cordon bleu will cook for two-and-a-half to three hours. The chicken is prepared as in other methods; first seasoned, then layered with ham and cheese slices and rolled. Next, the wraps are themselves rolled in two bacon pieces, then tucked in at their overlapping ends. Then, the entire wrap is further seasoned, skewered with toothpicks, and cooked in the smoker to doneness.