Even though pie crust is produced with the simplest basic components, it may leave people captivated, especially when cooked correctly. Many recipes abound on how to make the perfect pie crust, but what you need to know for the best results is the right cooking time and temperature, all of which we have provided you with in this article.

We have also gone a step further and highlighted some really helpful tips that may mean the difference between a generally good and an amazing, great-tasting pie crust. 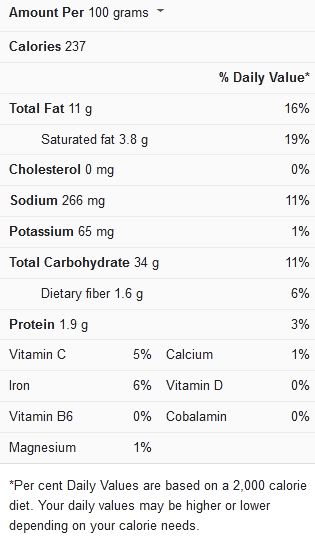 The following are important tips you should pay close attention to when making pie crusts:

Begin with Cold Butter – For the flaky pie crust, it’s critical to start with very cold butter, so it doesn’t melt as you mix it into the flour. The butter and flour are overly combined when this happens, resulting in a mealy, crumbly crust rather than a flaky one.

If you have warm hands, live in a warm region, or are creating a large amount of pie dough, put the butter in the freezer for a few minutes. When cooking a pie in warm or hot weather, it’s also a good idea to cool the bowl and even the flour.

Make sure the water is just enough – Don’t use too much water if you want a soft and tender pie crust. Gluten proteins are formed with the help of water, so if you add more water than is required, the crust may remain flaky but will be hard rather than soft.

Trust your fingertips over your eyes for the following reasons: when pushed between your fingers, the dough should remain together, though it will still look shaggy.

Make rolling much easier – Before chilling the dough, take the effort to shape it into an even, circular disk with clean, smooth edges. Rolling out the dough will be much easier because the edges are less prone to fracture.

Use a lightweight metal pie plate and bake-filled pies on a preheated, rimmed baking sheet if you’d like a crisp pie crust. Both will aid in the speedy setting of the crust, keeping it from becoming mushy. Baking on a baking sheet is also useful for capturing any dripping juices.

Try blind-baking – Blind baking is baking an empty pie crust before filling it. The crust gets a head start by being blind-baked, allowing it to firm up before adding the filling. The crust will not go soggy as a result of this.

Blind-baked pie crusts keep their shape with the help of dried beans or pie weights. Without them, the bottom of the crust will rise and puff, and the sides will slide down due to the weight of the crimped edge.

Ideal duration for blind-baking – The crust is frequently blind-baked until cooked through and golden brown in recipes where the filling does not require additional cooking or cooks for a short length of time, such as cream pies or fruit tarts. However, in recipes where the pie cooks for a long time after adding the filling, it’s better to blind bake the crust only halfway, so it doesn’t overcook while the filling bakes.

A post shared by Dunn From Scratch Bakery (@dunnfromscratch)

The amount of time it takes to bake a decent pie crust depends on the recipe you’re following, but generally, you can follow the instructions in the table below:

If you’re looking for more insightful ways to make a pie crust, you could check out this video recipe.