Hearing how quickly raw shrimp can overcook can be discouraging. And while many suggest the C-curl or pinkish hue observation methods, you can still end up obliterating this dainty seafood. But it’s not hard to master how long it takes to cook raw shrimp. And here, you’ll discover you’ve been working yourself up about it for no reason. 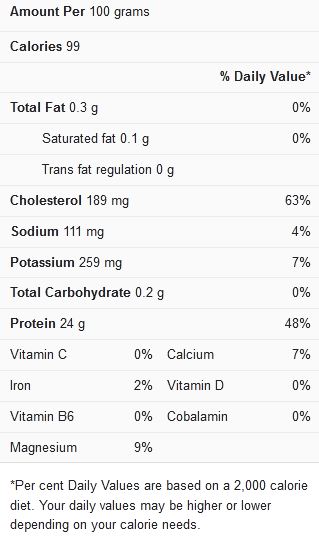 The first step to any shrimp recipe is picking the suitable batch. And many factors come into play when considering it. If you’re getting freshly-caught shrimp, ensure that it’s as they say by checking for a fairly firm texture. Also, ensure that the color is a deep grey with a healthy translucence. But if the shrimp smells sulfuric or fishy, that’s a red flag.

Most shrimp lovers tend to buy frozen, which is also great. It’s also better than defrosted shrimp since you can’t tell for how long it’s been out of the cold storage. Also, buy frozen shrimp in ‘number per pound’ packages, as such types ensure each piece is roughly the same size.

The first step is to thaw your shrimp, and you can do so in two ways. First, consider thawing them overnight in the fridge and then rinsing them under running water before use. You can also run a quick thaw by running cold water over the shrimp in a colander for three minutes until they’re soft. Then, you should blot them dry with paper towels, especially if you’re grilling or sautéing.

If you bought your shrimp deveined and with the shell removed, consider yourself lucky. Of course, this is only relative to whether the shrimp comes frozen when you purchase. But if they come with shells, you can take them off yourself. Do so by peeling the armor off and pulling the digestive tract at the body’s center (it’s the black streak you see in the white pulp).

The best way to master cooking raw shrimp is to understand how it behaves in different cooking environments. And since shrimps are pretty easy to prepare, it doesn’t take much to cook (or, if you aren’t careful, overcook) them. So, here are the most typical ways to cook shrimp without missing all the good stuff.

You want the water to roll to a boil first, then turn in the raw shrimp and closely observe the pot. Once the water returns to a boil, scoop out the shrimp and pour them into ice water to stop cooking. It’s best to have the second part waiting, as every minute the boiled shrimp spends hot means it cooks further.

This method is more poaching and is perfect when making shrimp for shrimp cocktail or sauce recipes. Of course, note that if you’re using the shrimp for the latter, you must add it at the end, so its flavor and crunch are retained.

Sautéing is one of the tastiest ways to prepare shrimp, and most times, it’s made for part of another recipe. Here, the shrimp is stir-fried in hot oil for one to 1½ minutes, after which it’s removed to a plate and then added to the recipe at the very end. And medium-high is the recommended stove temperature for such methods, so the shrimp doesn’t char or overcook.

Sautéed shrimp can also be done with vegetables in a pan or skillet, but the shrimp is added towards the end; usually, about one minute before the cooking stops. The reason is after the recipe is done, the carryover heat from the vegetables and shrimp will continue cooking it until it cools.

Shrimps can be cooked for two minutes on the grill, whether placed on the rack or in skewers. And shrimp need to be turned after one minute of cooking, so the doneness is even. But when using skewers, only add shrimps and no other ingredients as their cooking times vary considerably.

This video here is another way to get more help.