If you’re familiar with tilapia, then you know this tasty fish is one everyone loves to have. The freshwater fish has an attractive white flesh with a mild but balanced sweetness that excels at every cooking method. Most times, tilapia fillets are fried in a pan or grilled over indirect heat. But it can also be cooked in the oven, and here’s how to watch for its doneness. 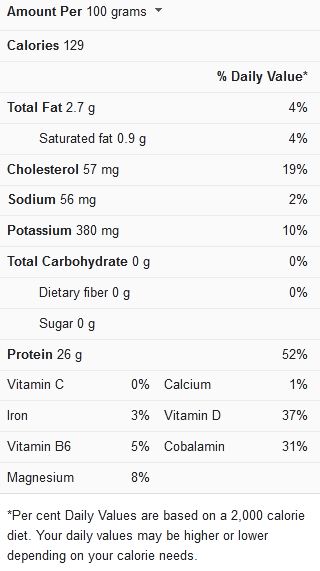 Why Do People Cook Tilapia in the Oven?

You may have wondered why anyone would bother to cook tilapia in the oven. I mean, the stovetop is already an easy way to do it. But everything comes with its perks, and oven-baked tilapia is no exception. And these, for instance, are enough to make anyone consider such a cooking method for the fish;

Fast-You can whip up tilapia in the oven in a short time. Once you’ve combined the ingredients, toss the tray in the oven and expect it to be done in less than 30 minutes!

Convenient-Oven-baked tilapia doesn’t need much to make it tasty. And a simple blend of pepper, salt, and olive oil will result in an explosion of flavor.

Large Batch-There’s enough space in the oven to cook more of the fish. And you can feed a large group in a very short time.

Versatile-Oven-baked tilapia works in numerous situations. It’s a great standalone dish that pairs with vegetables, grains, pasta, and potatoes. But it also works in sauces and casseroles, sandwiches, tacos, burritos, and many more.

Tips for Cooking Tilapia in the Oven

Oven-baked tilapia is undoubtedly tasty, and its straightforward procedure also makes it appealing. But these factors alone aren’t what make the recipe successful. Other aspects which make the dish a major contender also come into play.

The oven is set to a temperature of 375F for the fillets. At this level, the tilapia cooks at a steady rate with little chance of overheating. Any higher in the oven temperature, and they’ll char quickly. It’ll take between 20 to 25 minutes for the fillets to cook in such an oven fully. And you’ll know they’re ready when they can easily break apart with a fork.

It’s possible to have excess food after a recipe, and in the case of fish, you may worry that there’s nothing to do with it. But oven-cooked tilapia is so versatile; it works in anything. And the leftovers will keep for up to three days in an airtight container in the fridge. This period is enough time to use the baked tilapia in recipes like;

This video can also help you learn more.