With the numerous recipes out there for cooking frozen options for popular dishes, it’s no surprise that salmon would eventually make a list. But you may ask yourself how such a move is plausible. While raw, salmon has proven to be a challenging fillet to prepare with most cooking techniques. So, why torture yourself by considering its frozen solid version at all?

But many reasons may prompt you to consider cooking salmon straight from the freezer. And when done right, you can make it as tasty as the fresh or thawed options can be. But knowing how to go about making it happen is all you need to prepare the dish. 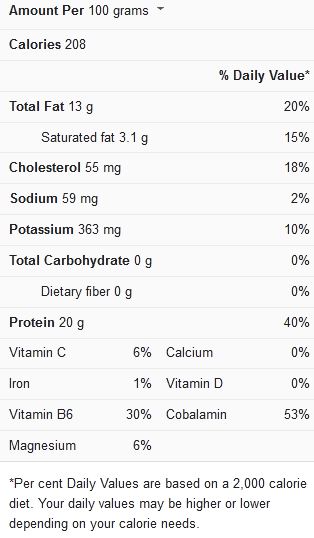 Should You Cook Frozen Salmon?

But you may ask if it’s safe to prepare salmon in frozen form. And this question isn’t far-fetched, considering how most recipes come with a recommended cooking temperature. And we know that fish belongs to the list of foods that need such a guideline. So, in layman’s terms, cooking frozen salmon may cause parts of it to remain cold and uncooked, right?

That statement couldn’t be more wrong, as it’s entirely possible to cook frozen salmon to the recommended safe temperature. So what you should focus on is how to get it to the perfect texture and flavor after it has reached the required temperature. And here, the procedures for making such happen will be highlighted.

Use Small Salmon Fillets around six ounces or less. These types are best for cooking straight from frozen because the icy surface is thinner and won’t compromise the fish’s flesh when cooked. Larger ones won’t do well in this recipe, so such types should be thawed first before cooking.

The oven is the best place to cook frozen salmon and offers a controlled heating environment that generates a certain degree of defrosting while the fish is placed on cooking.

A two-step method is used when cooking frozen salmon, and it involves covering the fish at the starting stage, then uncovering it at the final stage. And heavy-duty foil is used for the cover since it has a higher steam retention capacity.

The salmon should be steamed in a sauce that bears all the flavor elements of the recipe. This way, the fish doesn’t just cook and thaw simultaneously but also infuses with a rich taste of your preference. And you can combine any blend of ingredients to make a pan sauce for baking fish. So, consider combining mustard with garlic, red pepper flakes, and maple syrup for a complex flavor combo.

The trick to cooking frozen salmon in the oven is to follow a ‘steam, then roast’ patter. First, the fish is placed in the baking dish, and the seasoning ingredients are mixed. Then, the liquid seasoning mix is spooned over the fillets, after which the dish is sealed with heavy-duty foil.

The frozen salmon is first steamed for fifteen minutes, during which the moisture from its ice cover and the seasoning mix will cook and soften it in the trapped environment. Afterward, the foil is removed (gently so you don’t get burned by steam), and the salmon is returned to the oven for roasting. Excess moisture is eliminated from the fish at this stage, so the texture is balanced between tender and flaky.

After cooking, you may notice some white substance push out of the fish or white spots on its surface. But while these things may not win you the most attractive plate award, they’re practically harmless. The substance is the protein content of the salmon fillets, pushed outwards due to the rapid thawing in the oven. And you can scrape them off before serving once the salmon fillets are done.

Also, see this video if you want more help.